Agent Venture Mission One: The Heist — saving the world from our homes

As we have been in lockdown for quite some time now, our boardgaming group has been put on hold. Although there are options out there like Tabletop Simulator, the controls and movements aren’t ideal for all, so, we’ve simply been waiting it out. As it turns out, however, there are companies who have pivoted to hosting virtual board games that can be played, in a method similar to RPGs, through Zoom. Agent Venture is one such company, with three games on their website. We got the chance to play Mission One: The Heist with our tabletop group!

Agent Venture’s Mission One: The Heist is the first mission in this three-series-set. It’s more of an experience in the form of an RPG than it is a tabletop game, per se, but let us live a little. When you sign up, you and up to four of your friends will each end up with roles. We picked ours through taking the emailed, Agent Venture test to see what role would be best — and I got the coordinator, which meant I got to see all roles and make decisions as the time ticked down. 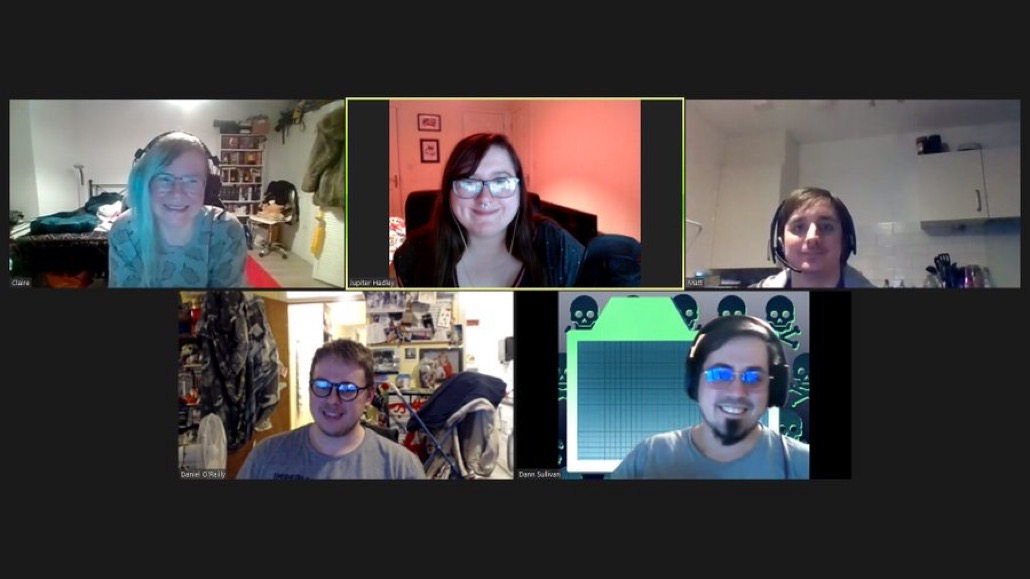 Joining our group was Jason — a voice actor who played the role of the spy and all other characters in the event. Our group also had a hacker, communicator, navigator and a researcher. Each of the different roles received different resources in the form of google drive documents. The navigator, for example, got lots of maps to look over while the hacker got a spreadsheet where numbers needed to be entered correctly, clearing rows and hacking systems.

Once we had all of our resources, we received an intro from our voice actor, speaking as the headquarters of a spy agency. As a group we were looking to team up to help a spy in the field. This spy needs to break into the corporate headquarters of B.A.D and steal documents from a high security vault, then escape. 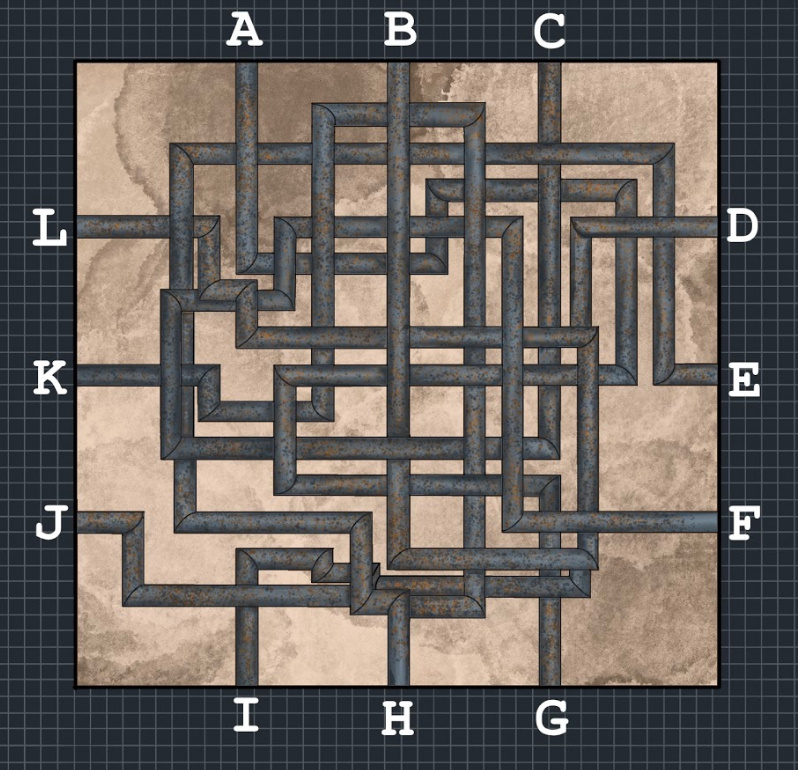 There are a number of ways to actually achieve this task, from calling through to various floors to pretending to be people, to hacking around the building. There are multiple methods, which means that each time you can have a different experience — even before you take the voice actor into consideration. With the voice actor in the call, he was able to play a bunch of different roles and accents, really adding a lot to the experience and bringing a level of polish to the tabletop RPG experience. We did have a timer ticking, so we would need to make decisions fast, decide what documents to take a look at, and then communicate our decisions as fast as possible.

This pressure made it really hard to search through all of the paperwork and things intense —  which was really fun. We all got into our roles, with our communicator pretending to be someone’s secretary, our hacker quickly opening and closing doors, and myself making quick decisions and trying to assist where needed. At the end of the round we had done so many cool things that we wanted to go onto the next chapter right there and then. 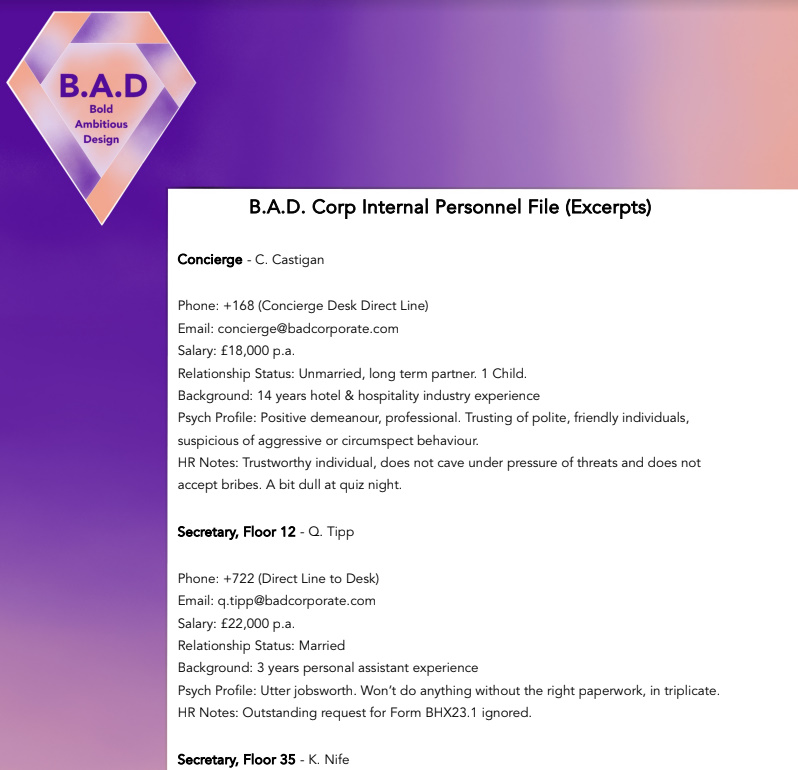 Some highlights from our playthrough included getting someone in B.A.D Corp to throw a birthday party for our cat Pancake, intense hacking and then sharing it on screen so everyone could see the live hacking taking place, and trying to lure dogs (while the voice actor made dog noises!) around a massive room using phone calls — there was just so much to do. B.A.D. is, as it turns out, a funny corporation with so many different characters littered through it’s skyscraper base and the voice actor really did an amazing job in making them all come to life.

As Mission One: The Heist can be played in so many different ways, I am pretty sure we could play again and meet entirely new characters on a completely new adventure — but we are going to go on to play the next mission instead. Hanging out with our group in this really fun environment.

You can check out Agent Venture Mission One: The Heist on their website.