Winter is coming, or so they say. Obviously being from the North, I don’t really notice the weather getting colder due to my natural frost resistance, although I do seem to recall that just a few months back that daylight lasted for more than ten minutes. In any case, we should all make the most of the longer nights by staying in and playing more tabletop games. In particular, long, complicated ones… Wait, maybe I should word that differently?

Welcome once again dear reader, to Big Boss Battle’s second Tabletop Year-in-Review Feature. This time, we’ll be taking a look at some of the heavier board games we’ve reviewed this year, although don’t let that put you off — these games are still incredibly fun and often, they feature the most interesting systems, thematic ties, rules variation and potential for tense and exciting gameplay. They probably won’t suit everyone, but if you have a core group of experienced gamers (perhaps including one or two eager to level up) then you won’t have any trouble here.

Should you wish to check out our top five lighter games, you can do so here. 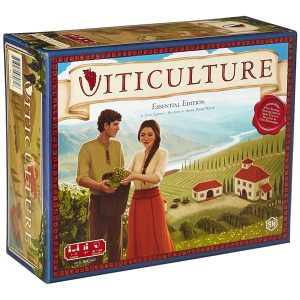 How can we have two honourable mentions, you ask? Well, simply put, we had one, Viticulture, when all of a sudden (“Here comes a new challenger!”) Fog of Love arrived. Viticulture is known as one of the most thematic Eurogames available and it has now been refined several times to create the Essential Edition that is available today. In this edition, players have access to Grande Workers and Fields which increase the already vast range of options needed to create an optimal wine-making engine. Viticulture’s quick turns defy its complexity and longevity and it is quick to learn, but tough to master.

Fog of Love, on the other hand, is perhaps a little less complex than some of the games on this list, but it is most definitely more thematic. A game for two players, Fog of Love is a game about role-playing one half of a fledgling romance and working semi-cooperatively to achieve objectives during the course of the relationship. Mechanically similar to a Eurogame, each player must track progress against six central personality traits as well as overall happiness depending on how things pan out. A game which conjures up interesting situations with existing friends, strangers and loved ones, Fog of Love is not for everyone, but it is one of the most engaging games available today.

The Big Boss Battle review for Viticulture can be found here, whilst our hot-off-the-press review for Fog of Love will be going live on Monday the 18th December, alongside a companion Podcast. (Review is now live, and can be read here, meanwhile the podcast can be heard here) 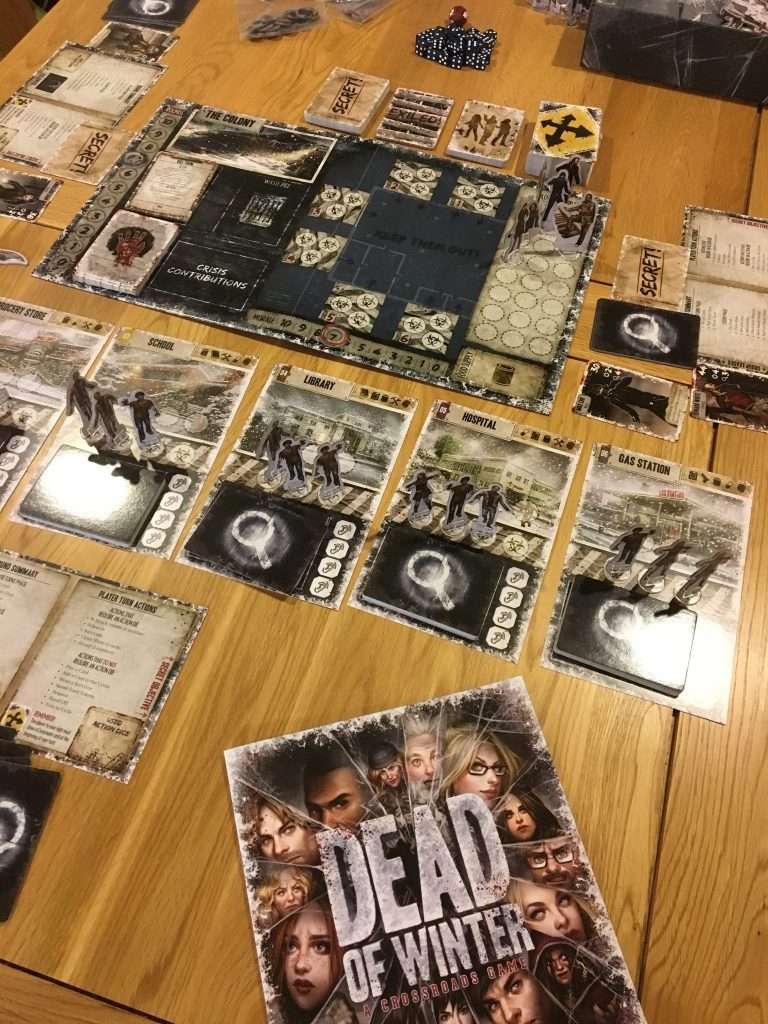 Dead of Winter is a fantastic mix of traitor within and cooperative role-playing game in which each player controls one or more characters within a survivor enclave following a zombie apocalypse. The snowy, winter theme is both perfect for this list and indeed for adding a few additional complexities into the melting pot of other mechanics in Dead of Winter, which uses the values rolled on a set of action dice to dictate the actions available to each player. Players scavenge for food, medicine and other items as they work to balance morale, meet an overall objective and work to resolve crisis events which occur on a regular basis. A game with an adult theme, several complex mechanics and a high chance of deception, Dead of Winter is great for experienced gamers.

The Big Boss Battle review for Dead of Winter can be found here.

4. Dark Souls: The Board Game

Matching perfectly with the unwelcoming and extremely challenging gameplay of the video game it is named after, Dark Souls: The Board Game is a fantastic solo or cooperative dungeon crawler which has replayable legacy features and AI-based boss encounters driven by challenging decks of cards. The miniatures are some of the best in the business and you’ll be hard pressed to find better at this price point, not to mention the rest of the exquisitely detailed components. A tough game which demands time to learn, Dark Souls: The Board Game is not for the faint-hearted, but it may be perfect for the crossover gamer looking for a shared tabletop experience.

The Big Boss Battle review for Dark Souls: The Board Game can be found here. 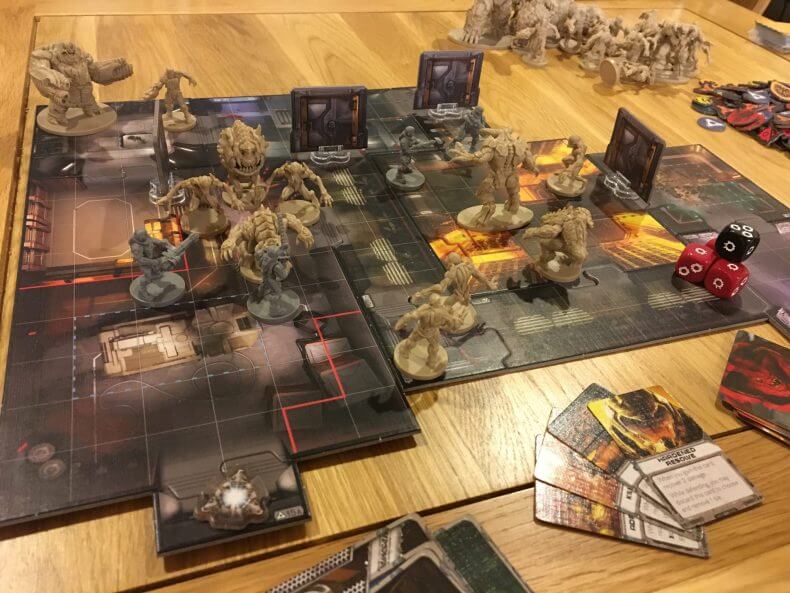 Inspired by the adrenaline-pumping 2016 remake of the video game, DOOM provides an outstandingly raw, fast-paced shoot-em-up experience in board game form. A game for up to five players in which one player takes on the role of The Overlord whilst the others play as marines, this is a dungeon crawler like no other, as marine players are incentivised to throw themselves head first into battle to claim Glory Kills in exchange for bonuses. Relatively simple to play but with some complex card usage and combat, DOOM is mainly in this list because of the adult theme and focus on direct confrontation.

The Big Boss Battle review for DOOM can be found here.

Eric Lang’s breakaway Kickstarter hit Blood Rage is a tour-de-force of drafting, combat, area control and dudes on a map — AKA Ameritrash — gameplay. It features four beautifully sculpted Viking clans including leaders and warriors, as well as a host of monsters both large and small who vie for control of an increasingly condensed map during the time of Ragnarok. Confrontation is certain, but victory in battle is not always the best way to win — sometimes Valhalla offers a greater reward. Easy to learn but with very, very high expectations of players across multiple phases, Blood Rage is the perfect game for established players looking to hone their skills.

The Big Boss Battle review for Blood Rage can be found here.

Without a shadow of doubt, Pandemic Legacy: Season One remains the very best legacy game ever made, even beyond the sequel which was released earlier this year. Players form a team of specialists working for the Centre of Disease Control and over the course of twelve games (one year) they must battle to save humanity against four ever-changing, ever more dangerous viruses. With a board that changes, new cards to add, cities to wipe off the map and characters to leave permanently scarred or even dead, Pandemic Legacy: Season One has a lot going on, but if you’re a moderately keen board gamer, you can’t do better than this for high-stakes gameplay with friends.

You can find all of our tabletop news, reviews and features in the Tabletop section of the site.

Review copies were provided for all of the games in this list and can be purchased via 365 Games or through one of the shops found in this handy Store Locator. Fog of Love is not available in the UK on general release, but will be soon.