Warhawk hands on – A 32-year revival

Did you ever wonder when the last game for the ZX Spectrum, that classic home computer, came out? The answer was probably “recently”. Despite its age, the Spectrum is still kicking, with new software being released regularly. Among said software is Warhawk, a classic shoot ‘em up.

The 80s and early 90s mark the golden age of the shoot ‘em up. Countless games sent their players into space to face endless hordes of enemy ships and biomechanical horrors, usually with no backup. Occasionally, there were even shmups that did not take place in space, but overall, very few developers skipped the chance to have yet another game with a black background. 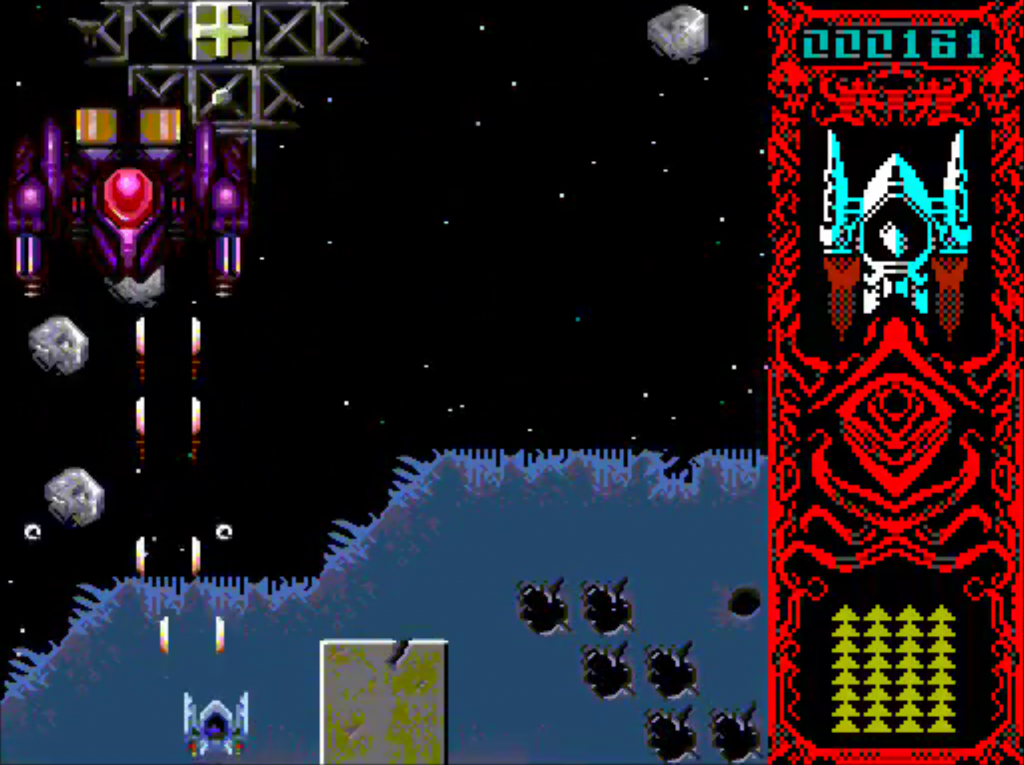 One of these games was Star Force, originally released in arcades and later ported to all kinds of other systems. Star Force, a vertical shooter, also inspired War Hawk, released for the Commodore 64 and other platforms.

The ZX Spectrum, a fondly remembered British microcomputer, was not among these, but that did not prevent the release of a new version of War Hawk for the ZX Spectrum Next, developed by Rusty Pixels. If you are worried about authenticity, worry not — the coder of the new Warhawk worked on the original Commodore 64 version.

What is the ZX Spectrum Next, you may ask? It is essentially an updated version of the original ZX Spectrum. Despite its age, the Spectrum scene is still alive and well, with new software and hardware modifications being released regularly. 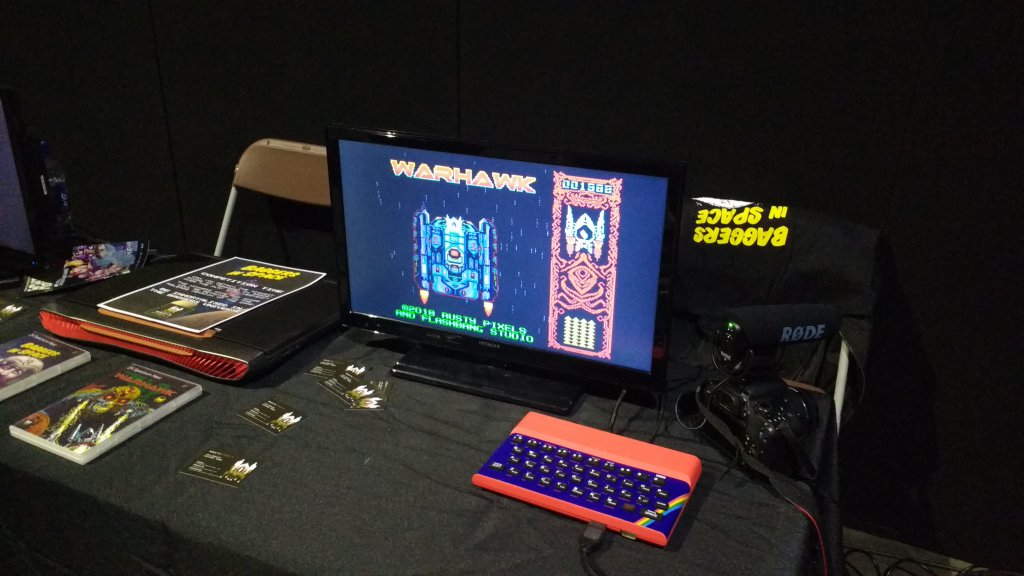 Nevertheless, keeping everything on cassette tapes is not the most convenient way of handling data, even for true fans. Enthusiasts have released hardware updates that allow the use of SD cards with original ZX Spectrum, but these are difficult to get hold of and not always trivial to install.

Is the ZX Spectrum Next the choice for your office? Probably not. It is a device for friends and lovers of the original, and for those who would like to play old and new Spectrum games. Among these new (and at the same time old) games is Warhawk. 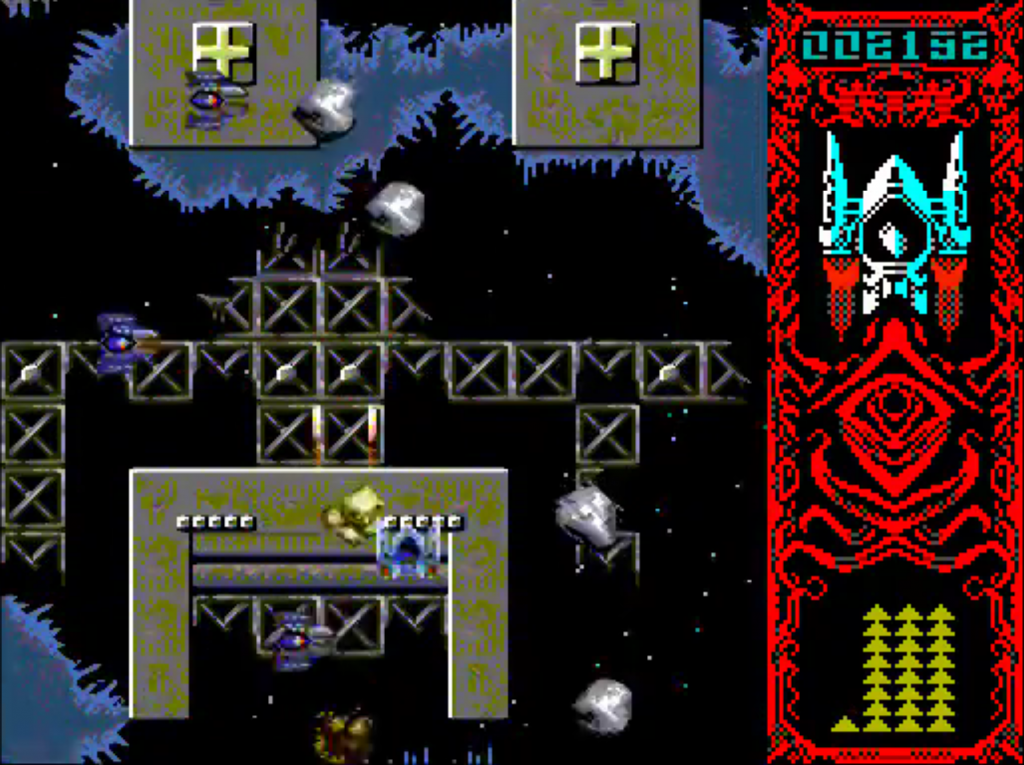 I had the opportunity to play Warhawk at PLAY Expo London 2018. Warhawk is very much a product of its time and so is this new version. You take control of a lonely spaceship, work your way through waves of enemy ships, dodge meteoroids and face oversized bosses. Every now and then, you may even find one of the rare power-ups.

Interestingly, Warhawk actually provides you with a shield. However, that one shield is all you get. It may last a while, but once it is gone, all that will be left of your spacecraft is an entry on the high score table — provided you make it that far.

Warhawk is a simple game. Performance aside, it does not innovate in the slightest, nor is it made for a system that does. It is a blast from the past. If you have a ZX Spectrum Next, you probably already know whether you want a game like this. If you do not but have the chance to play it, give it a shot. Sometimes blowing things up for half an hour is all we need.

Warhawk will be releasing on the Spectrum Next soon, you can find out more details on the website of co-developer Flashbang Studio.

GODS Remastered hands on — ’91 classic modernised for a new audience

Undercrewed is a multiplayer spaceship adventure with deep customisation options

Steamhounds twists classic JRPG combat into a dance of abilities