The classic point-and-click adventure game is declared dead regularly, only to be declared alive shortly thereafter. A possible explanation for this lazarian cycle is the evolution of this type of game — it reached its maturity and peak when some other genres barely existed and did not radically change afterwards. Witness to this is Unforeseen Incidents, a point-and-click adventure in comic-book style. It was developed by Blackwoods Entertainment and Application Systems Heidelberg, and published by the latter.

Unforeseen Incidents puts you into the role of Harper: handyman and tinkerer. Harper’s home town of Yelltown, located somewhere in the rural northwestern United States, is under quarantine. The reason for this is Yelltown Fever, a contagious and highly lethal disease. Naturally, Harper gets involved in the events surrounding this plague.

Unforeseen Incidents controls like a traditional point-and-click adventure; a click lets Harper walk around, interact with objects and talk to people. A little more modern is the absence of a verb menu. Instead, a simple click serves as a universal command — Harper automatically decides whether he want to examine, grab or talk to something. 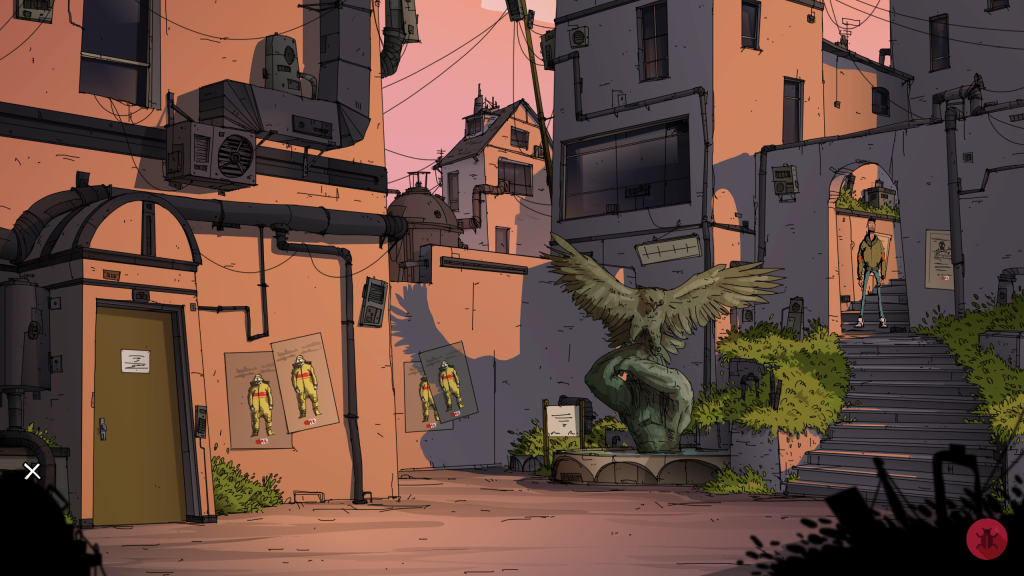 Said grabbing is essential to solve puzzles in Unforeseen Incidents. Like so many video game protagonists, Harper is a closet kleptomaniac, nicking other people’s property left and right. Once in the inventory, a simple drag and drop lets you utilize your newfound treasures.

Additionally, Harper the handyman is equipped with his multitool. Each of its six heads can be used separately, turning it into the craftsman’s version of the absentee verb menu. However, not all of the game’s puzzles are inventory puzzles.

Unforeseen Incidents also offers a number of mini-game-like puzzles which generally revolve around switches, levers and similar mechanisms. Some puzzles require precise movement, a stumbling block for many an adventure game. Thankfully, these are kept short and have an automatic checkpoint placed before them. 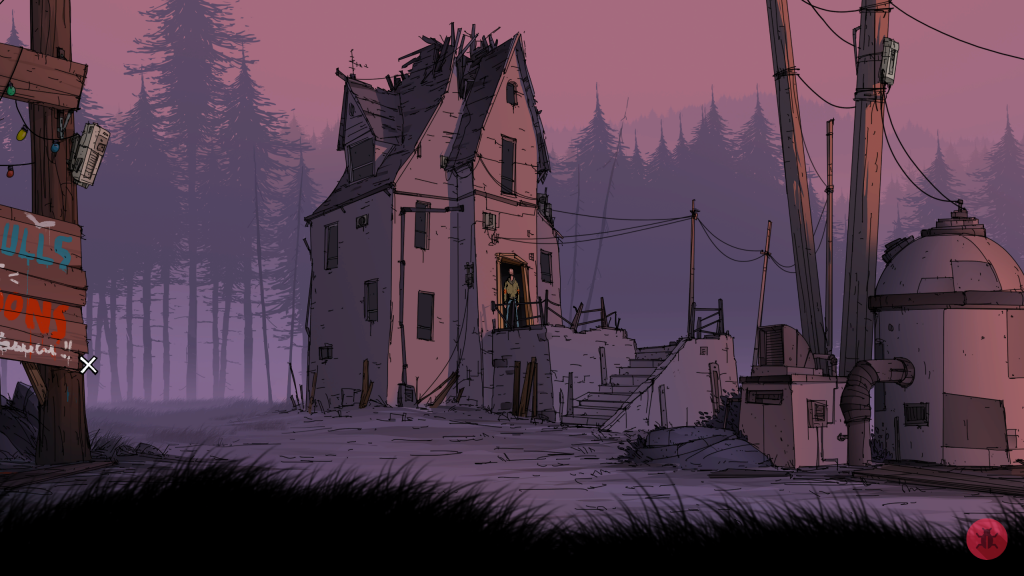 Another less traditional feature is the game’s hotspot indicator — which like the universal one-click command, can be considered both a positive and a negative. Those with nightmarish memories of pixel hunting can breathe a sigh of relief: A simple hit on the space bar highlights all interactive spots and room exits on the screen. While comfortable, this by no means automatically solves all puzzles, as hotspots are plentiful. Even those who complete the game once may enjoy some of the puzzles a second time, as certain riddles are randomised.

Further to the replay value, add Unforeseen Incidents’ dialogue and characters. The game offers a likable and charming cast, which apart from Harper includes his mentor, the researcher McBride, an investigative journalist, a grumpy park ranger, a mentally unstable artist and more. Harper, the main character, has the vast majority of the screen time, which he uses to crack jokes and amuse the audience by not always being quite up to speed. 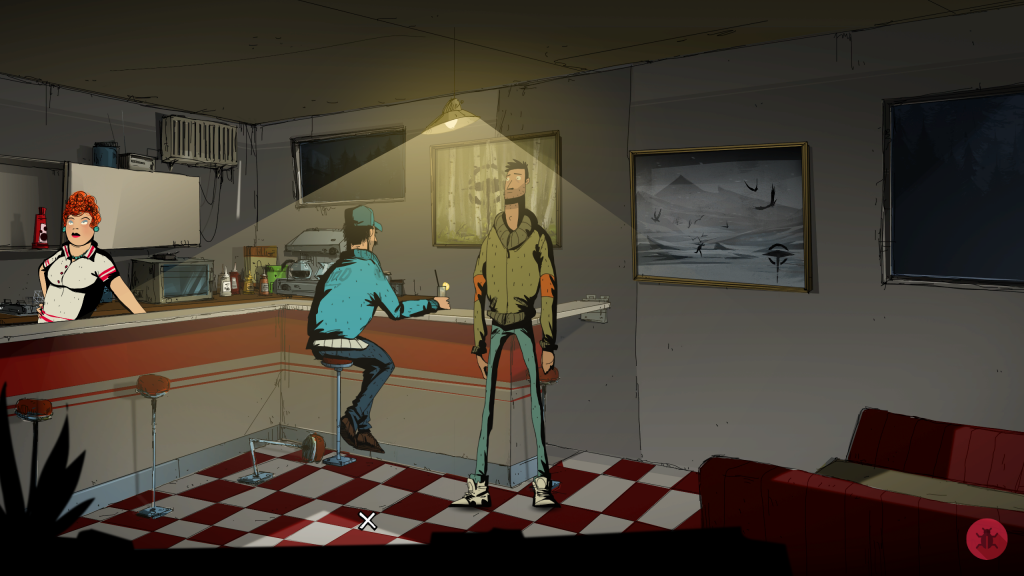 The game’s story and character development are quite entertaining, even if they are occasionally slowed down to make room for the next puzzle. All of said puzzles will have to be solved by Harper while everybody just stands there doing nothing, as player-centric video-game design traditions demand.  Unforeseen Incidents compensates for that with a world that feels alive and integrates information into optional dialogue and item descriptions. However, those who are likely to skip over details like that will not miss out on the main plot points.

Unforeseen Incidents is divided into four chapters. Within each, multiple tasks have to be accomplished. These tasks sometimes overlap, but can generally be completed in any order. Once you inevitably get stuck on a puzzle, it is nice to have a different one to come back to.

As charming as the Unforeseen Incidents’ characters is its art style. Everything is hand-drawn and unique, with no one location looking like another — not just fans of Franco-Belgian comic books will like this. 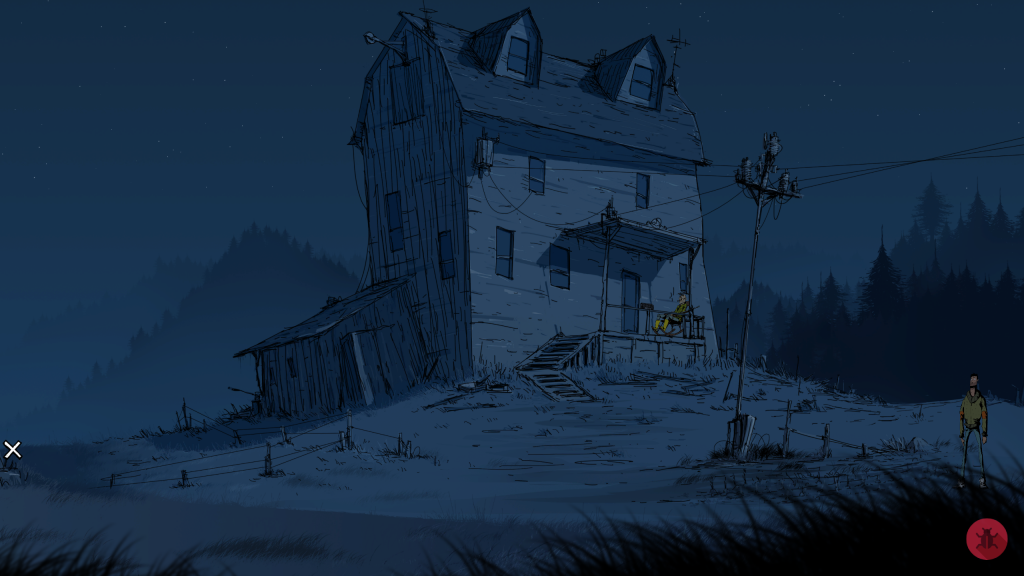 The character animations are slightly less convincing. While the character designs fit perfectly into the various environments, they lack frames of animation and instead move like Flash characters. This becomes especially evident when a character does anything other than talk: items change hands via psychokinesis, movement is stiff and gestures are lacklustre.

Unfortunately, this makes some of the cutscenes and events look less exciting than they could be. This is sometimes made worse by a mix of humour and seriousness. Very early in the game, you find a woman infected by the fever plaguing Yelltown. Depending on your choices, you can go from joke to dying woman bleeding out of her eye sockets to another joke. Thankfully, Unforeseen Incidents strikes the right balance most of the time. Neither this nor the arthritic character animations distract from the game’s qualities too much. 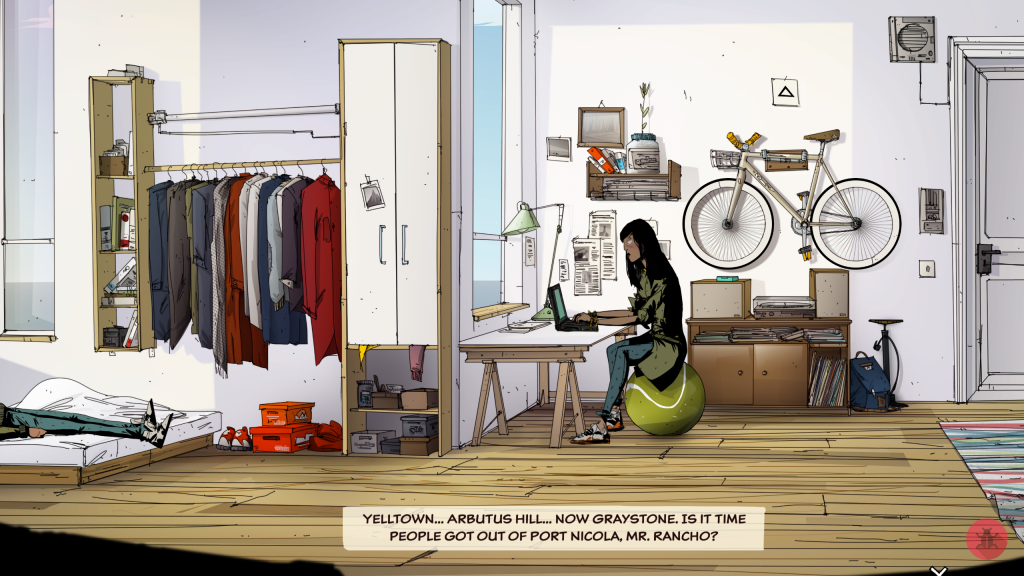 Those who like traditional point-and-click adventures will love Unforeseen Incidents, its cast, humour and last but not least its well-integrated puzzles. Those who do not count adventures among their favourites should still consider giving it a shot — its charm might win you over.