Ultimate Fishing Simulator — A bit of everything

Like any good day at the lake, fishing games have been on quite the run. Things picked up back in 2015 with the release of both Fishing Planet and Euro Fishing. Having been involved in the early-access periods of both, I got to see the absolutely vast array of fishing players requested. Bass, trout, carp, lakes, rivers, streams, floats, casters, ice fishing and even boats were all repeated requests. Heck, even requests for technology like phones or radios to drown out all that nasty nature stuff: birds chirping and the like. The laundry list was rather large, as you can see just by my few short examples.

In the wake of both those games’ release, there has been a slew of new titles focusing on fishing. So many to choose from, but unlike fishing, you’re the prey each game is trying to hook. The latest is Ultimate Fishing Simulator. Going the rather daunting route of trying to please as many people as possible, it certainly earns the description of ‘ultimate’, as just about anything one can imagine is there. So pack up your tackle box — it’s time to hit your favorite fishing hole. 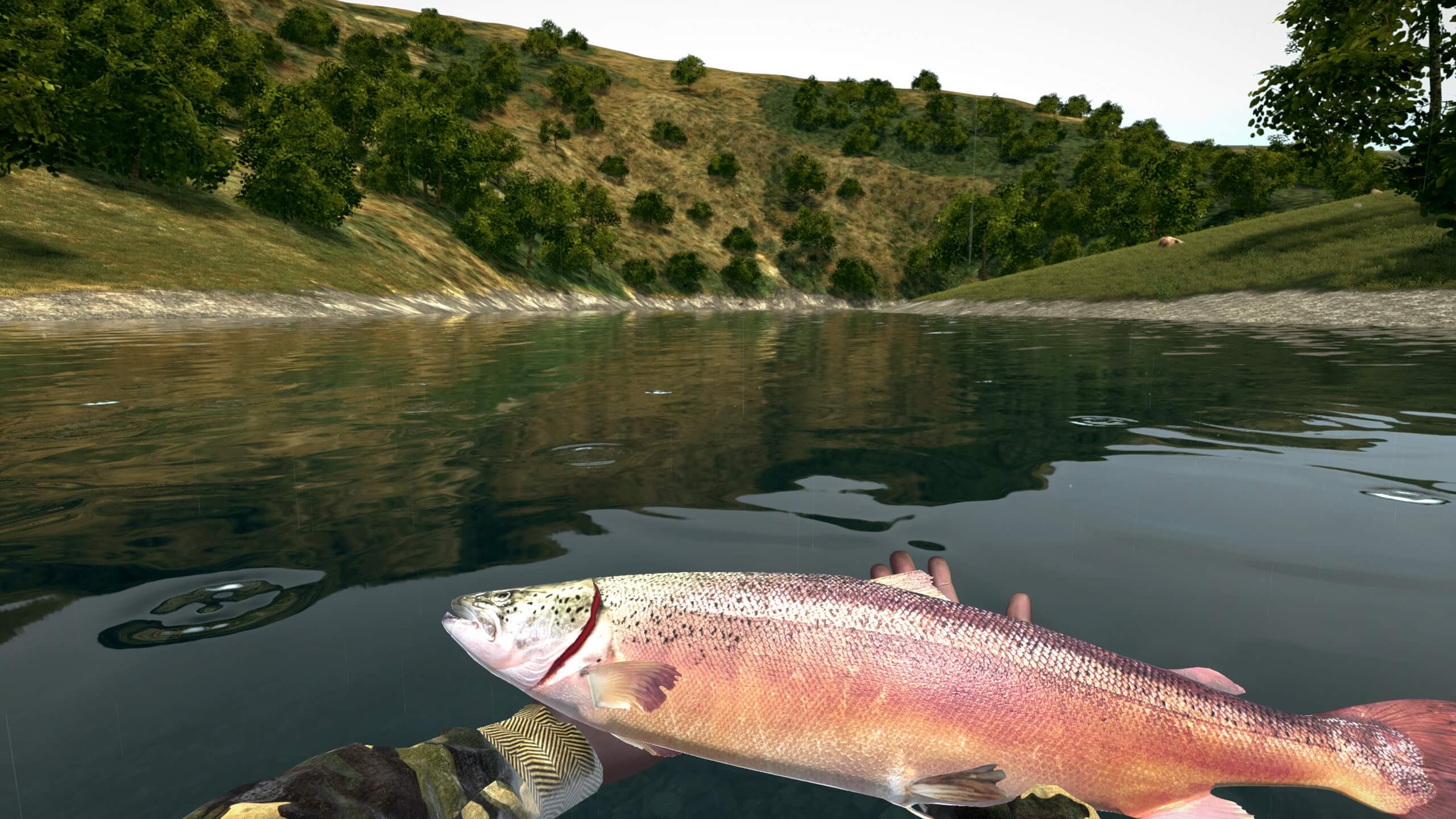 Now, there is a lot of gear to choose from and other than a few items, they all need to be purchased. Some are level-locked as well; if you played either of the two titles I mentioned before, it will seem fairly familiar, but a bit more like the Fishing Planet setup. Each catch earns experience and there is the option to either sell fish for some needed cash or release it for a little more XP. As a catch-and-release fisherman myself, it’s nice to see some bonus for doing so, but in general it seems as though the cash value far exceeds the small XP bump to make releasing them worthwhile.

So how is the actual fishing?

Casting is a breeze. With the bait in the water, you won’t have to wait long to catch fish. One good aspect is that there is an underwater camera that can be used to see your bait and what’s around it. There are two modes — arcade and realistic — with this camera supposedly being disabled in realistic difficulty. Now I am fairly certain that this is the difficulty I choose and I was still able to use it. Regardless, it’s up to you how difficult an experience you want. The fish here aren’t going to wait around forever to take your bait; there is a sense of keeping things fun and engaging. I get that. Who wants to sit and stare at their screen for a few hours waiting for something, anything to bite? 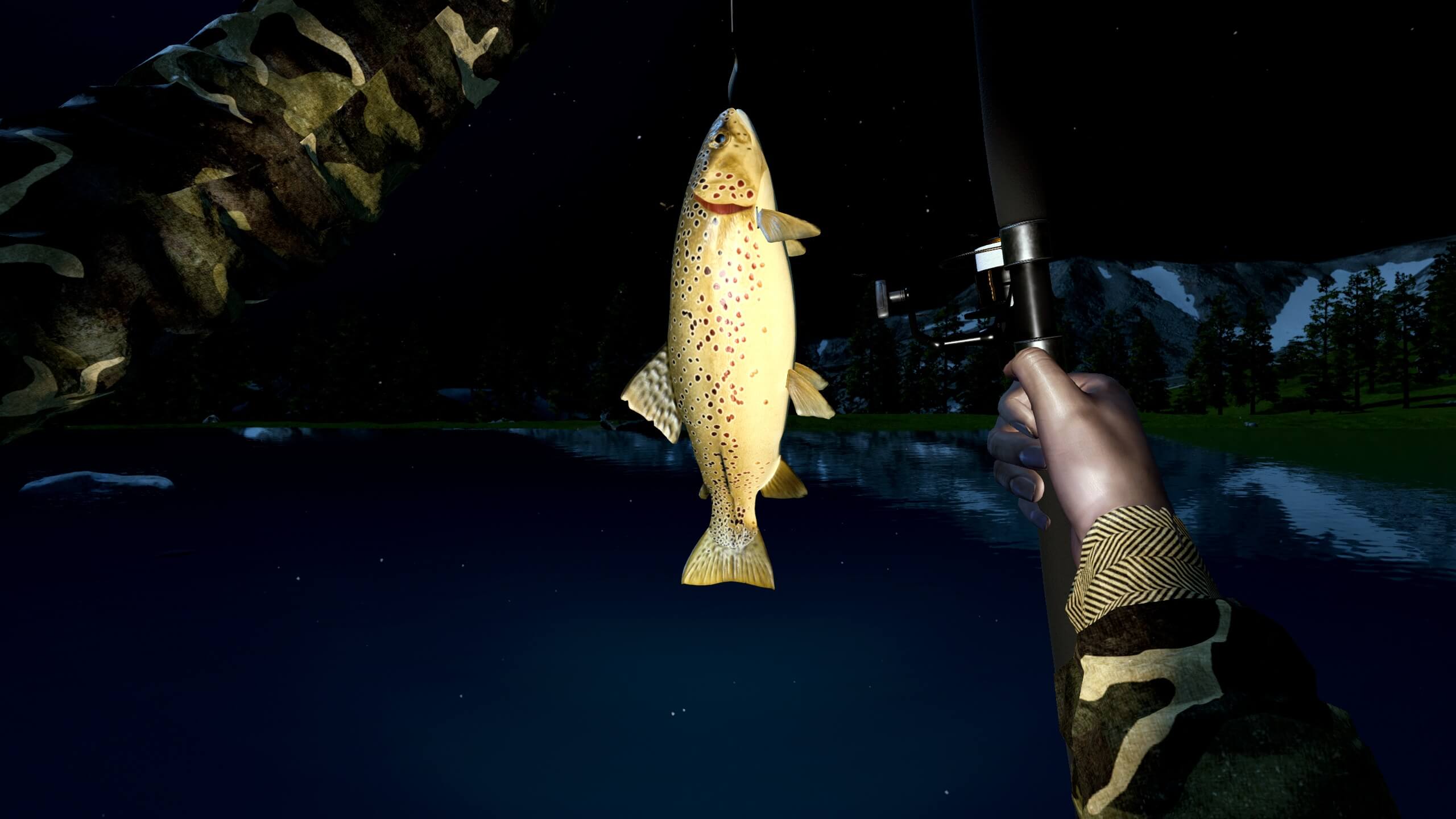 When fish do bite, however, the mechanic to set the hook is pretty easy. It may take a try or two at first to get the timing down, but after that, it shouldn’t be much of an issue. That done, it’s time for a fight. There is the usual drag, reel speed adjustments and tension to manage. What seems to be a recurring theme in the game is the idea of ‘enough to be fun, but not so much as to overdo it’. Just like not wanting to sit and stare at a screen waiting, no one really wants to fight with a fish for half an hour only to lose it in the end. This is a real strong point with Ultimate Fishing Simulator — balancing realism in fishing while still remembering it’s something that’s supposed to be fun.

What if you don’t like just regular old lake/pond fishing? No surprise here, but locations include river and even bay/ocean fishing. That also means that yup, there are boats! They are always fun to mess around with on their own, let alone drive to where you want and fish from it.

If you also happen to hate warm weather, there’s ice fishing, too. Ultimate really was no joke. Now I’ve seen elements from various other fishing titles sort of incorporated under one roof here, there is one addition that those of you who do virtual trucking are familiar with, and that is an easy-to-use internet radio to listen to built right into the game. There are tournaments, a trophy room… heck, you can even use an editor to make your own fishing location. Yeah, lots to do and most of it is really good, too. 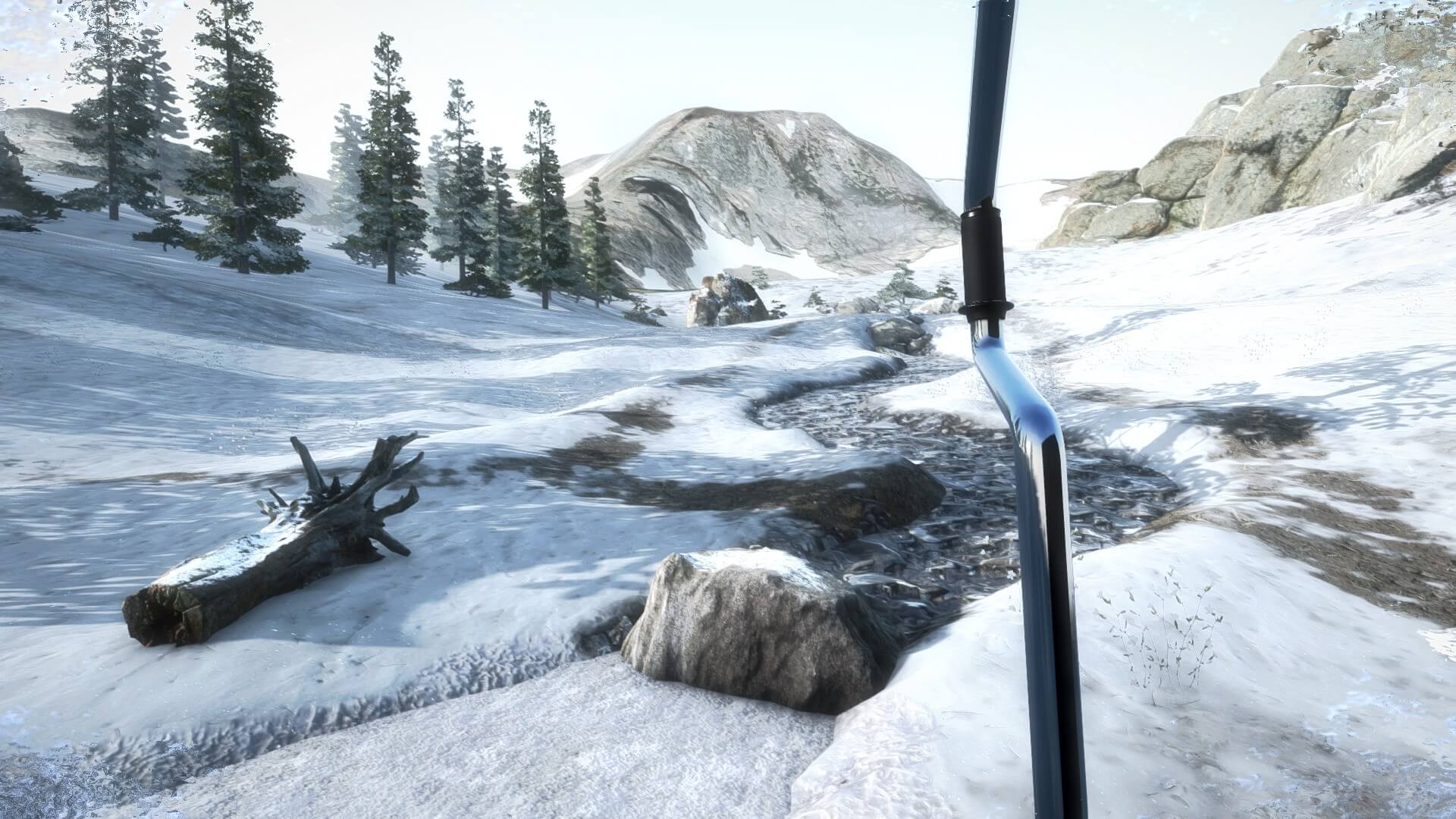 Now, for the most part, I was really happy with Ultimate Fishing Simulator, but there were a few areas I wasn’t as crazy about. I spent a fair amount of time with spinners and if the game doesn’t recognize how you are reeling as one of their lure tactics, a fish just won’t bite. You can be reeling slow and straight for a long time and let off the reel just enough so the game no longer thinks the lure is going slow and straight and a fish will not bite the second that ‘tag’ goes away. They can be seen underwater just instantly fleeing — that doesn’t really seem right. You reach the sort of maximum effect from these styles with a spinner rather quickly, so resting the style often seems needed. There doesn’t seem to be a real advantage to using a spinner over a bobber/float other than just making things harder on yourself.

While this is purely anecdotal, I wanted to mention that the trout in game absolutely refused to take corn as a bait! Let’s just say that I know more than a few fellow fishermen who consider using corn while trout fishing straight-up cheating because of how effective it can be, so it was a bit of a shock to me that all the trout here seemed to be repelled by it. To be fair, that’s not really an ‘issue’ with Ultimate Fishing Simulator.

The last thing that I did notice is that the game could probably use more optimization. The PC began kicking out heat pretty quickly from launching the game and far more so than other games with comparable requirements. The good news is, there has been a steady stream of updates in my time with the game. 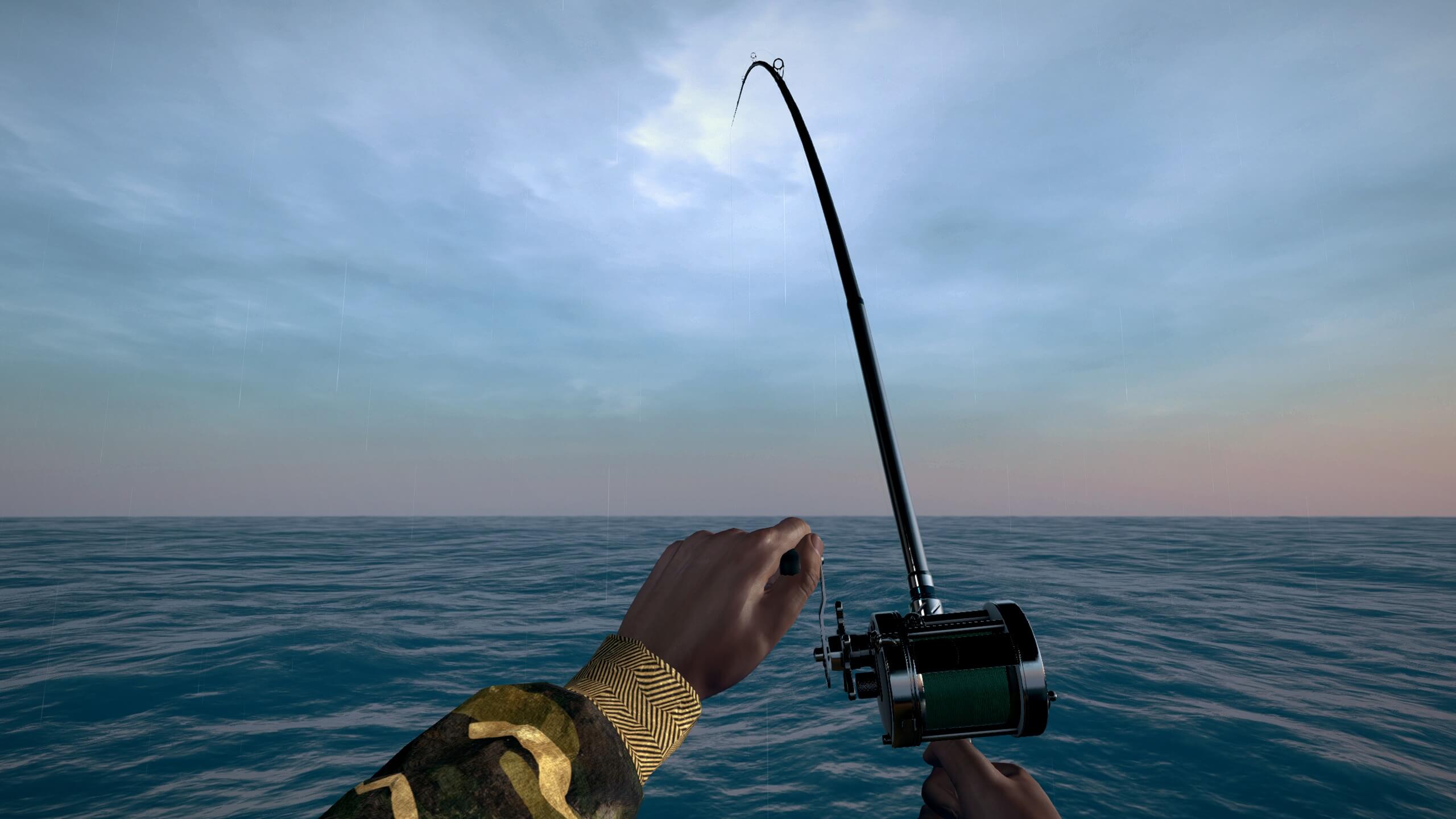 Overall, it’s hard to ask for anything more than what Ultimate Fishing Simulator offers. I brought up my time with the early-access period of other games for another reason, and that is because this game seems to include every pie-in-the-sky wishlist item from players that was mentioned. There is something for everyone here — the variety offered is impressive. Ultimate Fishing Simulator really seems to get that blend of reality and fun just right, making the game enjoyable to the largest number of people possible. I enjoyed my time with it and chances are, you will too.

Our giveaway has now ended. Why not follow us on Twitter, @bigbossbattleuk, in order to find out when our next one will go live?