Ultimate Arena: the name given to a cordoned off piece of land owned by the Watcher. The Watcher brings forth major historical figures from the past and present, and shoves them to the Ultimate Arena for their own entertainment. One of the battles that came forth from a Watcher’s event was named, “The Battle of Collins.”

The Battle of Collins featured the following figures.

Sandwichjjj – A very smart, and lucky sandwich. Although smart, he was not very agile or strong.
Bill Gates – The man behind Microsoft, almost everyone in the Western world has been affected by him. He’s a smart egg.
Donald Trump – a possible future US President who is lucky his wig hasn’t flown off at one of his rallies.
Phil Collins – A successful musician and songwriter, had a music video with a gorilla in
it.
Abraham Lincoln – An former US president who wore a top hat to make himself look taller.
Mozart – A fantastic, classical musician. His songs calm babies down.
Hitler – A terrible person, infamous for his crimes and evilness. 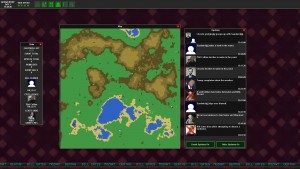 Upon starting the entertainment there was instantly a death. Bill Gates saw a landmine placed into the ground and decided to try his hand at disarming it. Worryingly though, his expert knowledge on technology and coding had failed him as the landmine exploded the moment he touched it. Across the other side of the map, Mozart, someone who would have never had seen a landmine before, managed to disarm one that he had come across.

Sandwichjjj tripped over himself as he ventured off, which wasn’t much of a surprise really. As a sandwich you’d not really expect agility to be your forte. A minute later, an explosion was echoed throughout Ultimate Arena. Mozart had become a touch too cocky and tried disarming a second landmine only to hit the wrong wire. Mozart was the second person to die. Mozart’s entrails began falling from the sky having been propelled skywards by the explosion. Trump was in the area where Mozart’s guts, and blood, fell. Unaware the red fluid was blood he continued on as normal, complaining about the weather. 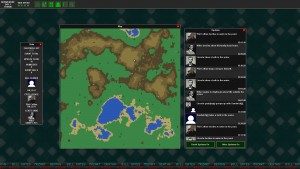 Further away, towards the western side of the Ultimate Arena, Sandwichjjj takes a bath in the water. It doesn’t take long for him to realise that he doesn’t mix well with water and he goes rather soggy. It’s at this moment where Sandwichjjj is caught drying off by Lincoln, and the two group up together – although not by want of choice. Sandwichjjj assumed Lincoln was creepily watching him bathe, so Lincoln tells a lie and states he is after people to group with for better survival. At this point nobody has noticed that Lincoln seems rather obsessed with cleanliness.

In the mountains to the North West, Hitler sat and began to daydream, he wondered what life would be like outside of the arena, he daydreamed a mighty want for freedom away from his capture. Enough said about that then. 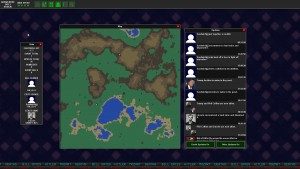 2:04pm, an hour after Lincoln and Sandwichjjj grouped together, Lincoln had decided he needed another bath. During this lengthy time in the bath he heard a noise off in the distance. It was Phil Collins singing to himself. Lincoln left the water and sat on the pebbles for just under an hour, listening to Collins. Wondering why the man was hanging around bath houses. He took another bath for reasons unknown, possibly something to do with beard maintenance.

Hitler worried about his family back home, outside of the arena. Enough said about that then.

Phil Collins had sang for so long out in the beating sunshine of the arena that sweat was pouring from his head. Much like practically everyone else in the arena he decided to resolve this by having another bath. During this cleanse Trump was in the distant mountains crafting a medkit.

Moments later another explosion was heard across Ultimate Arena. Entrails flew through the sky littering the landscape. Sandwichjjj watched as an object fell gently from the sky. A swastika stitched onto a piece of fabric. Hitler had killed himself with a landmine.

Lincoln and Collins finally found each other, their respect for one-another’s voice and beard leading them to quickly become allies. Although they then set off in different ways. Lincoln, seemingly unaware of the K:D landmines currently had set off to deactivate one. Meanwhile Trump, who had been watching nearby, snuck off after Collins to recruit him as an ally. 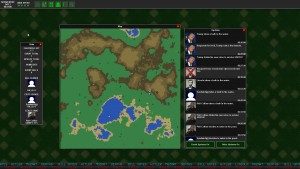 It was at 8:57pm that Sandwichjjj took another -unneeded- bath. The pond bathing must have done some good for Sandwichjjj as he suddenly started to feel more confident in his abilities. he went on to eat bark from a tree, in order to stop himself from starving, he disarmed a landmine, and he put together a medkit. Sandwichjjj was currently, at this time, the best survivor.

In the early hours of the following morning, Collins tried to escape, but his plan to go through the exit failed because… well, he couldn’t find one.

Collins turned into Bear Grylls for a few minutes as in a desperate act of survival, he drank some of his own urine. It may be full of nutrients and water, but it was still a gross thing to have lowered himself to. Unsurprisingly he had to take a bath not long after. Thankfully, not the same water as poor Lincoln. Lincoln waded into a pool not far away and stepped on a landmine. Three combatants remained.

Trump hadn’t travelled far from Collins, and had been peeking through the trees watching as he had performed the act. Also feeling the struggle he did the same, but to go one step further he washed it down with bugs. Feeling disgusted with himself, he took a bath to cleanse. 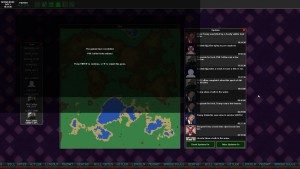 Sandwichjjj dies. He forgot that he was in reality, forgot food, and moments later upon petting a cute squirrel it started to eat him.

Trump and Collins were the only two left in Ultimate Arena. They spent a few hours just walking around, admiring scenery, until finally a deafening explosion rang out. Donald Trump had stepped on a clearly visible landmine.

Collins was the winner.

The Watcher was pleased with the entertainment. Sadly for Collins however he was left there instead of being taken out and sent back to wherever exactly the former lead singer of Genesis had been snatched up from. Legend has it that to this day Collins still roams the land of Ultimate Arena, singing to himself and bathing 12 times a day.