The Court of Miracles pits you against everyone!

The Court of Miracles is a two-to-five-player medieval bluffing game where you and your fellow players each look to take over the town through claiming neighbourhoods and more. You’ll spend your money on upgrades, and aim to use all of your renown tokens before anyone else does. This is easier said than done, as this game contains a lot of bluffing!

The board itself is the city, with various different sections that have their own abilities once you use that section, which will decide most of your placement. There are also three circles in each district, each with a different reward to picking them, and one with a plus symbol. This is really important when there are battles over an area. 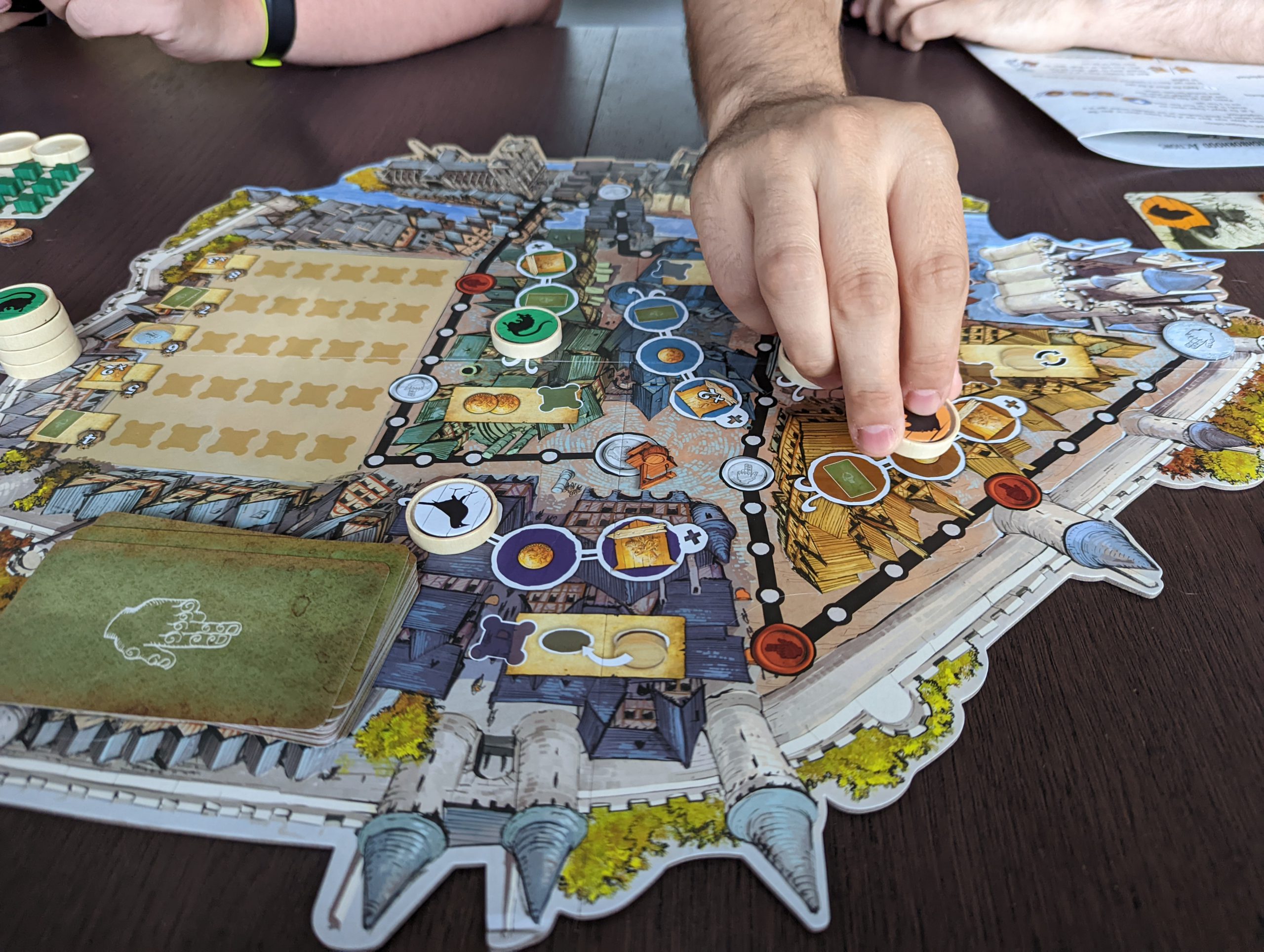 If all three of the circles fill up in a districtor if the Penniless King ends up triggering that district, everyone needs to flip over their tokens in the circles, and whoever has the most points wins control of the area. These tokens have different numbers and/or actions on them. Some allow you to take from the middle pot of money, others allow you to beg from the winner. All of them are placed down secretly, so you’ll have to bluff your way to winning.

In The Court of Miracles, you are playing against everyone else and the Penniless King, who wins if he reaches the end of the board through other people moving him forward, he will be the winner. 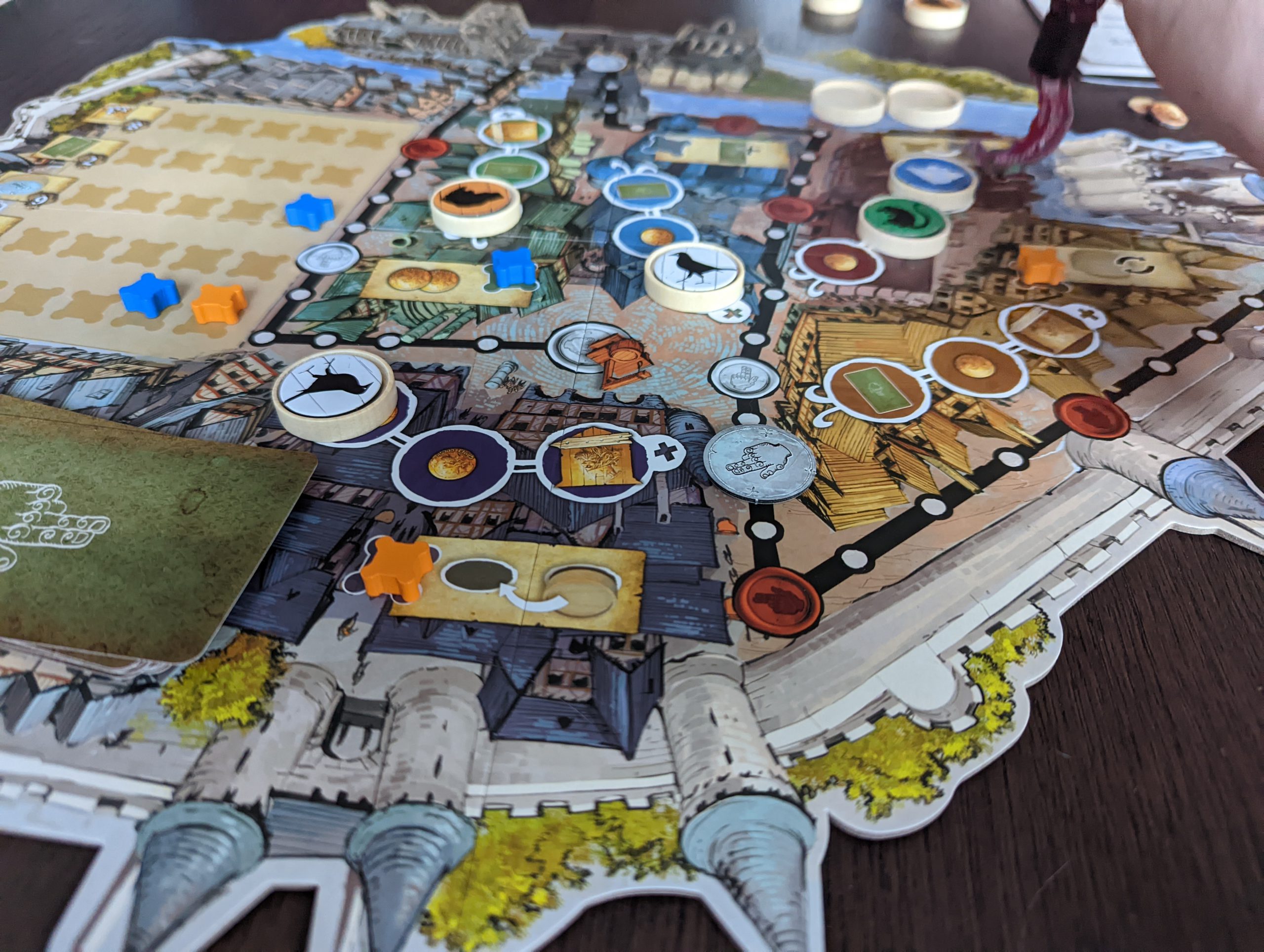 Often, securing the different districts is quite hard. More battles can happen, people can change who controls it, and each time your area gets taken over, it moves your renown token to your character card again. To win, you need to have all of your renown tokens in play, so it’s worth spending some time spending your renown tokens, if you have collected enough coins!

There is a little shop to the right side of the board, with a variety of different items like cards, extra playing tokens, and movement for the Penniless King. You can only purchase each item once, but can actually win the game through just purchasing items. 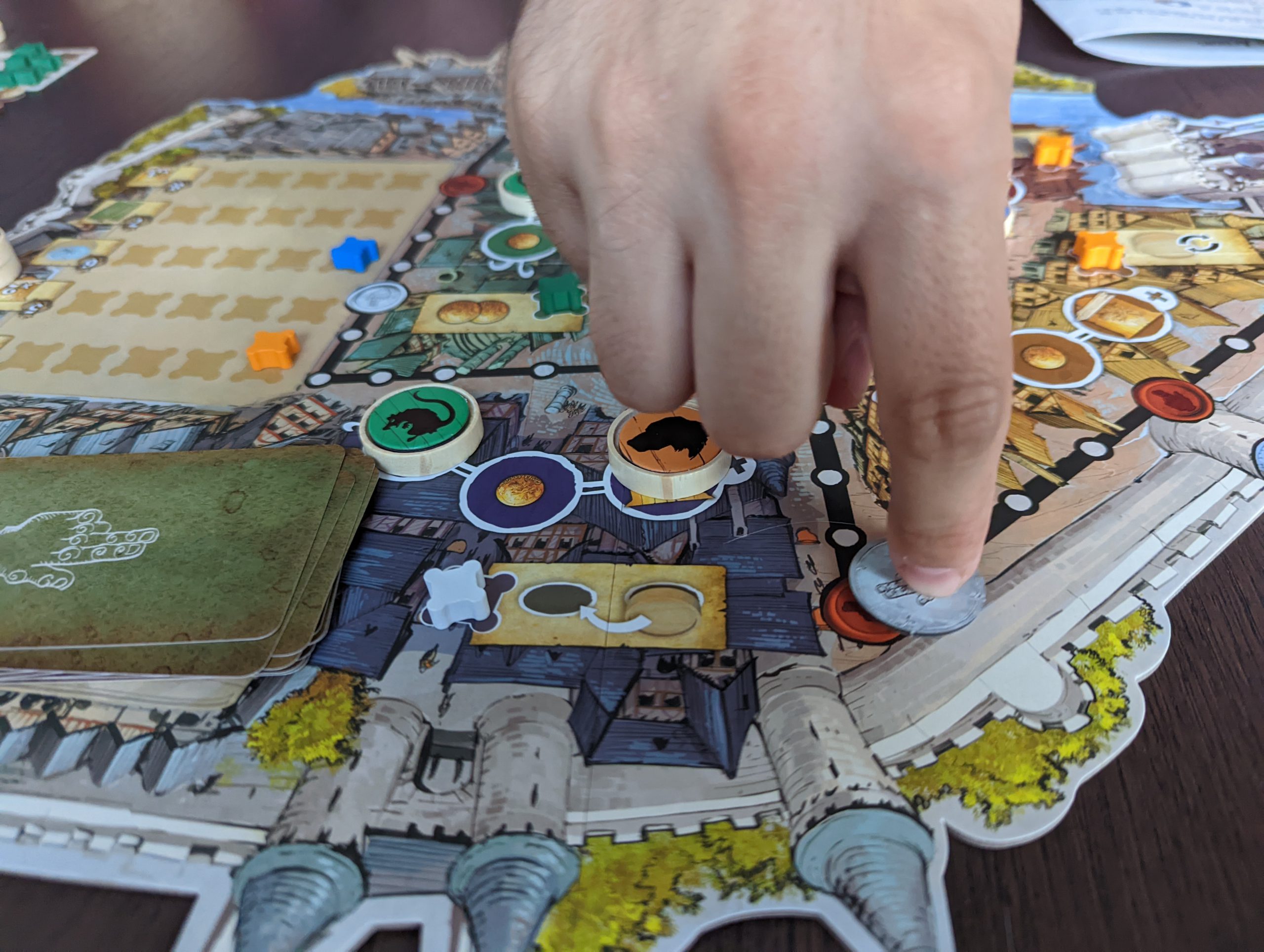 Cards are something I have not mentioned thus far, as I had no luck with them in the game. You can get cards either through the actions on one of the districts or through purchasing them. These cards then each give you various different abilities, like taking coins from other players, triggering fights in the city, and much more. There is a big variety of cards, really, as long as you remember to use them!

The Court of Miracles is a really interesting game, as it gets really close towards the end. There is a lot of fighting, a lot of hoping your number is the highest, and a lot of strategically placing out your pieces so that you don’t seem like a threat. Our group had a good time with it all, though remembering what each area allows you to do what is something that will only come with more time playing the game, so keep the rulebook nearby! 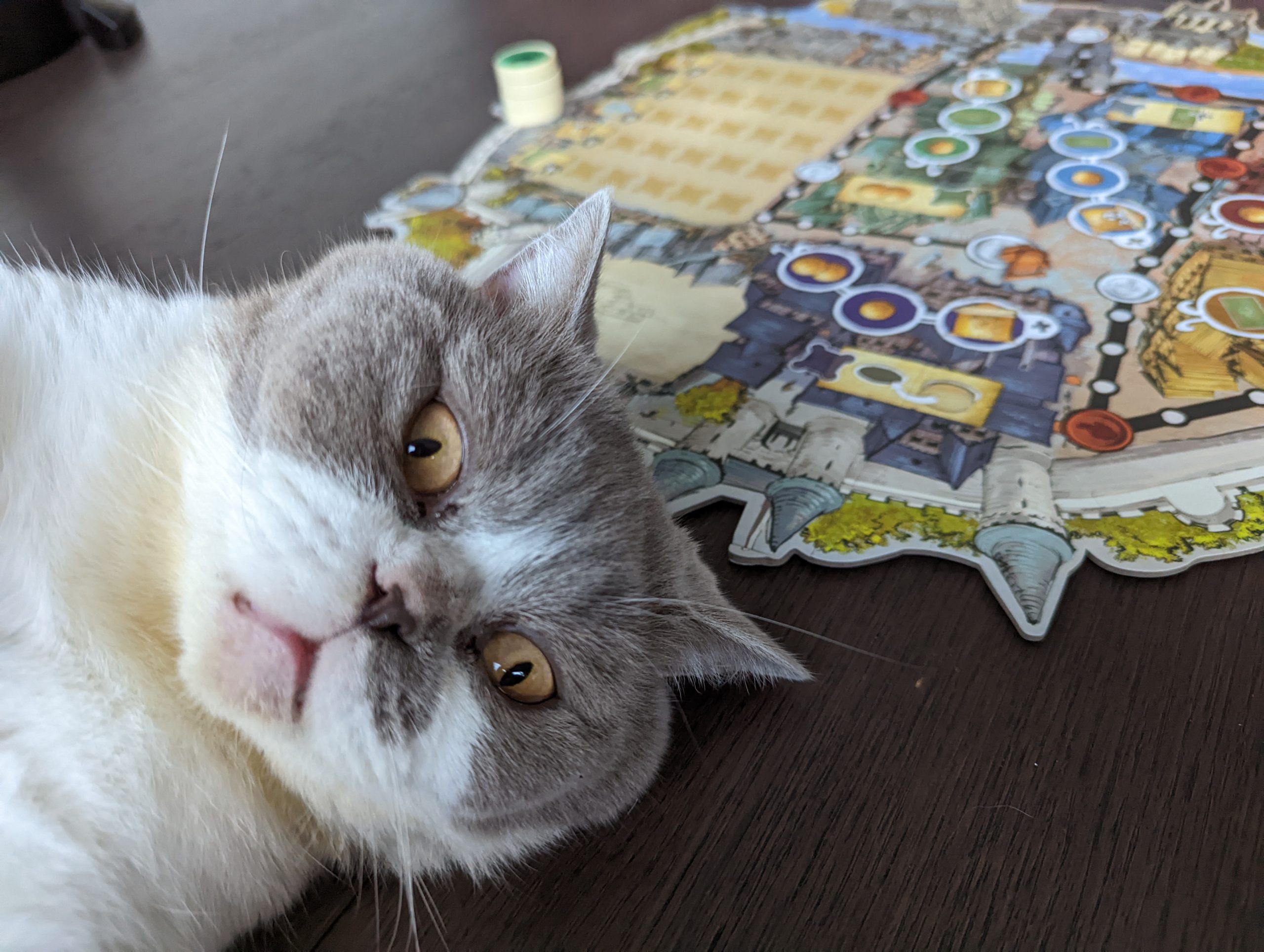 You can find The Court of Miracles on Amazon.