Temtem, an up and coming multiplayer monster hunting game currently on Kickstarter, has been taking Twitter by storm. This Pokemon inspired game takes you on an adventure through various, unique floating islands to find and capture digital and wild creatures called Temtems. This game has a rich backstory, as well as both multiplayer and story modes, your own house to decorate, and so much more.

Personally, just the gifs alone have me excited for this adorable game! Now that the Kickstarter has launched, you can see much more of the massive project the Crema team has taken on. I had the chance to sit down with Guillermo Andrades, the game director, and Victor Ojuel, the narrative designer, to talk about the future of Temtem.

Guillermo is in charge of leading the world design from every department of the company, making sure everything makes sense in the final game. Victor, on the other hand, has been in charge of designing the six islands, their cultures, the various NPCs and all of the quests. Once he designs them, he then provides the art department with descriptions and guidelines before making the changes they suggest. He is now moving onto the next phase; writing all the dialogue and scenes for the game.

This game is heavily inspired by Pokemon, a game everyone seems to love. What are the major differences between Pokemon and Temtem that make Temtem unique?

Guillermo: There are quite a few differences between Temtem and Pokémon. Here are a few:

And also the fact we could support platforms outside of Nintendo’s ecosystem.

There are several Dojos that need to be mastered – will this be done in battles? Will there be back stories to each of the Dojo masters?

Guillermo: Yeah, Dojos will have a Leader and some Disciples that you’re going to need to defeat in battles in order to get key items for the adventure.

Victor: Dojo leaders are going to be crucial for the main questline, but I won’t spoil why. They are all well-defined characters, with their own motivations and story. After all, anyone who makes it to the top of a Dojo is a seasoned Temtem trainer. These men and women are the very elite of Temtem breeding and fighting, and they’ve all had to prove it. Some will want to help you and some won’t, but one thing’s clear – they’ll all want to test your Temtem skills. That’s part of your training as a new trainer. So expect to hear from them. A lot. 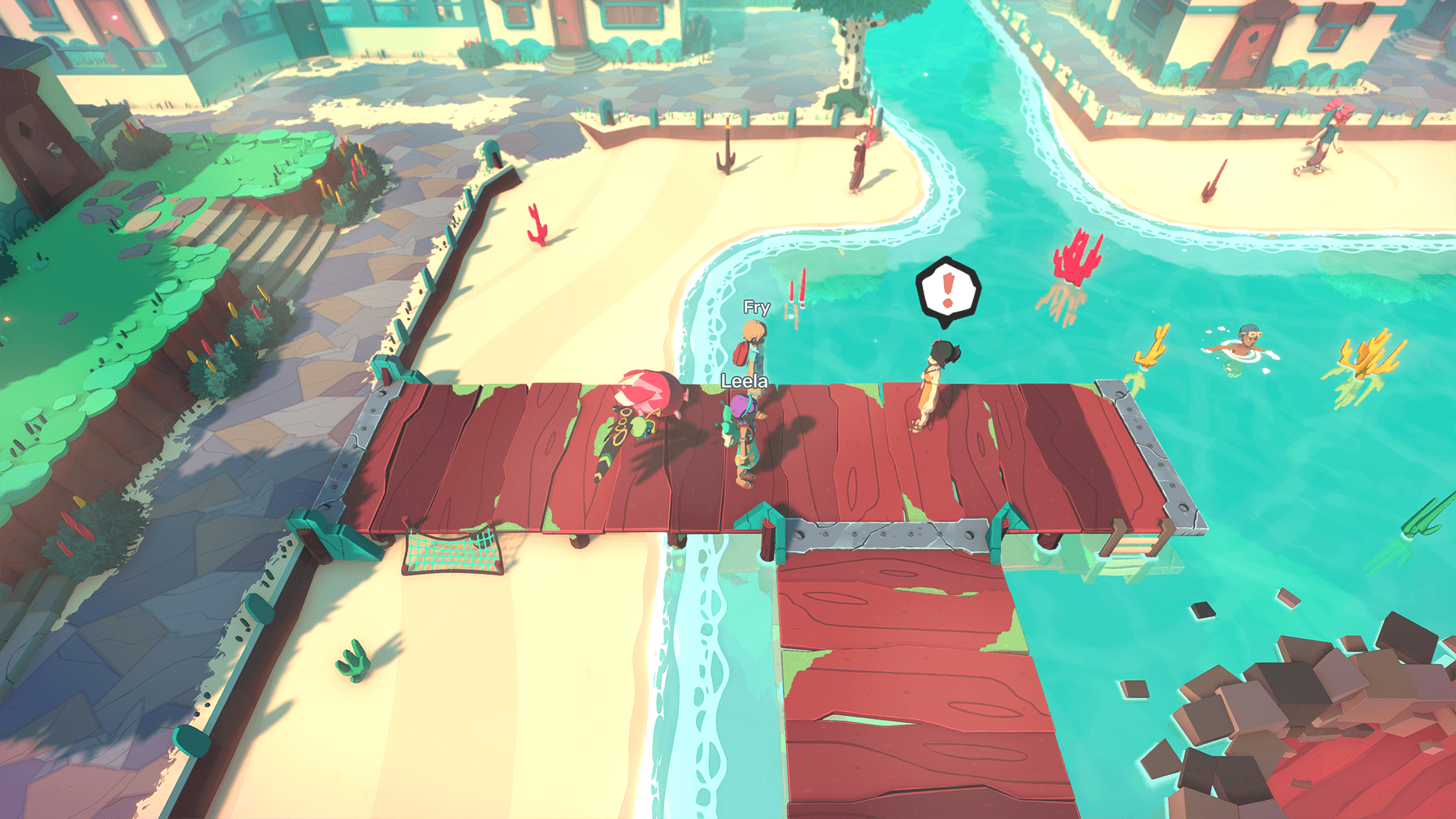 Does our character get their own back story?

Victor: Yes, the player character is not a blank page. They’re born and raised in one of the islands, and this is the world they have always known. Although I must say Temtem is more about the future than the past – it’s a bit of a coming-of-age story. You’re this young person who has just taken the first step, you’re going out of home, into this wonderful, colorful, unknown world. Traveling, meeting people, discovering things. Realising your potential, growing up, learning. So yeah, it’s more about who you want to become, rather than who you have been.

Do the Temtems have their own stories as well?

Victor: Each variety of Temtem is native to a different island, and even to distinctive regions within each island. And each one of them has a different relationship with the local inhabitants. For instance, the miners and metalworkers of Quetzal have long-standing relationships with the Crystal Temtem of the mines, while the Mind Temtem of Arbury often help the dons of Arbury College in their brainier research. So – yes!

How are digital Temtem different from the normal roaming Temtem?

Victor: Digital Temtem are unique in that they are not a natural variety of Temtem. They are the product of experimentation by Cipanki scientists, developed from Electric Temtem. And combat aside, their unique skills have caused a technological revolution in the Archipelago, which was more or less in the age of steam before that. What a time to be a young and adventurous trainer!

The Kickstarter page mentions trading, will this extend to the Temtem, and if so do you have any other systems outside of Genetic Degradation to ensure people don’t skip parts of the game?

Guillermo: Yes, trading Temtem will be possible but it won’t interfere with progress. We’re not going to have regions locked by Temtem abilities so that’s not going to be a problem for us. 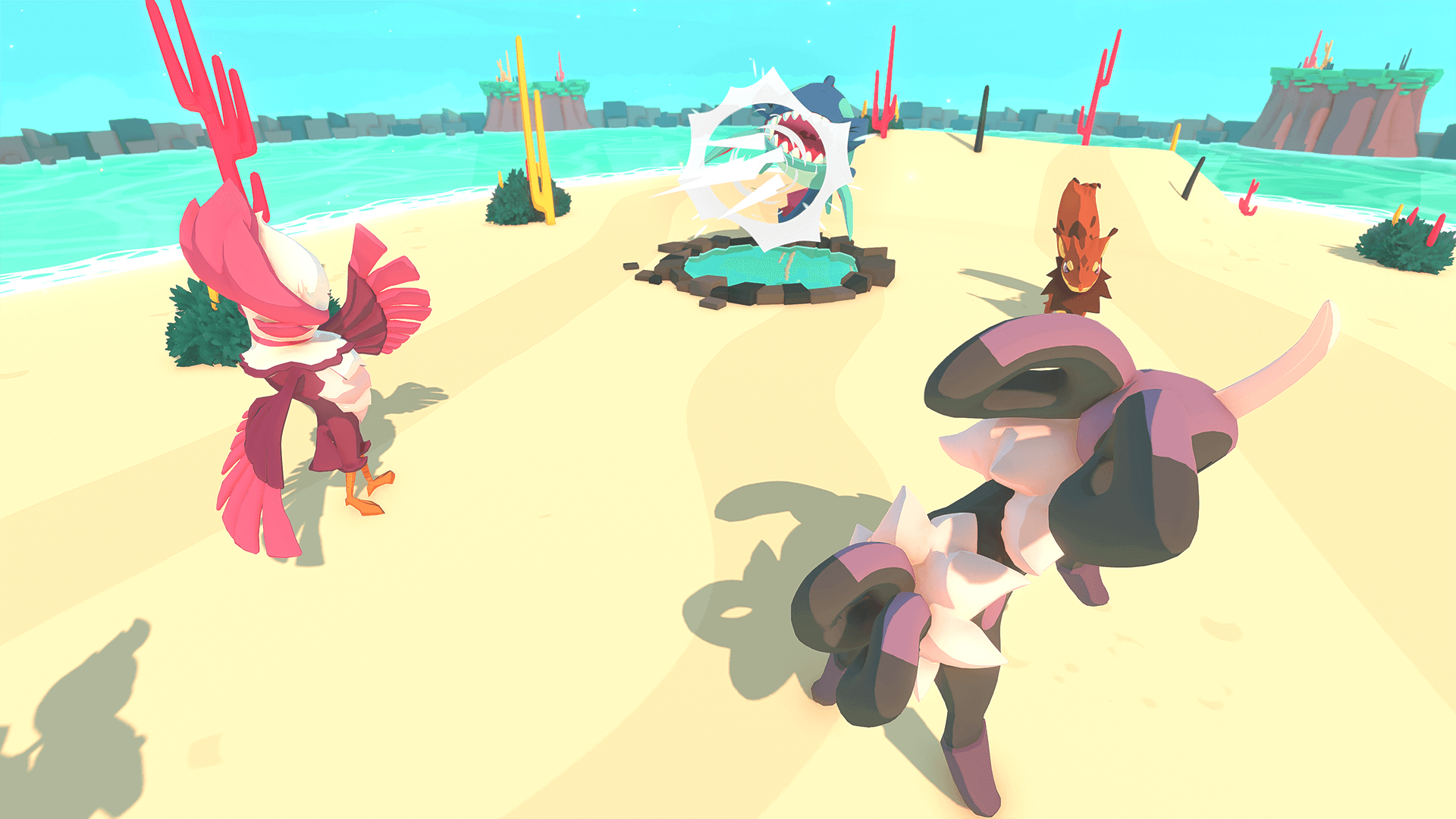 Each of the islands seems to be vastly different. Do the locals to each island have their own cultures and attitudes that complement how they have grown up?

Victor: Absolutely, and this is something I was super excited to be able to do! We have this world, the Airborne Archipelago, and these six islands that are supposed to have been almost isolated for centuries, until airships were invented. So naturally they would have developed their own cultures, something I wanted to stress, not just because it makes sense from the worldbuilding point of view but also because that’s one of the main themes of Temtem – it’s all about traveling, meeting different people, making friends and helping them. So Deniz is a reflection of the Mediterranean I know, Omninesia is a collage of micro-islands, Tucma and Kisiwa used to be part of one big island so their cultures were pretty similar until they drifted apart. Arbury is heavily inspired by own experiences in England, especially the years I lived in Cambridge, with its academic rivalries. Of course the Temtem are the main focus of the game, but I wanted to make sure the human inhabitants of the Archipelago also showed a similar degree of diversity and variety.

Being a massively-multiplayer game, do you currently have any plans on fun things to do for the players once they’ve defeated Clan Belsoto and the eight dojo leaders?

Guillermo: We have some ideas for the end-game content but it’s still early for that, there’s a long road ahead until we reach that point in the development. 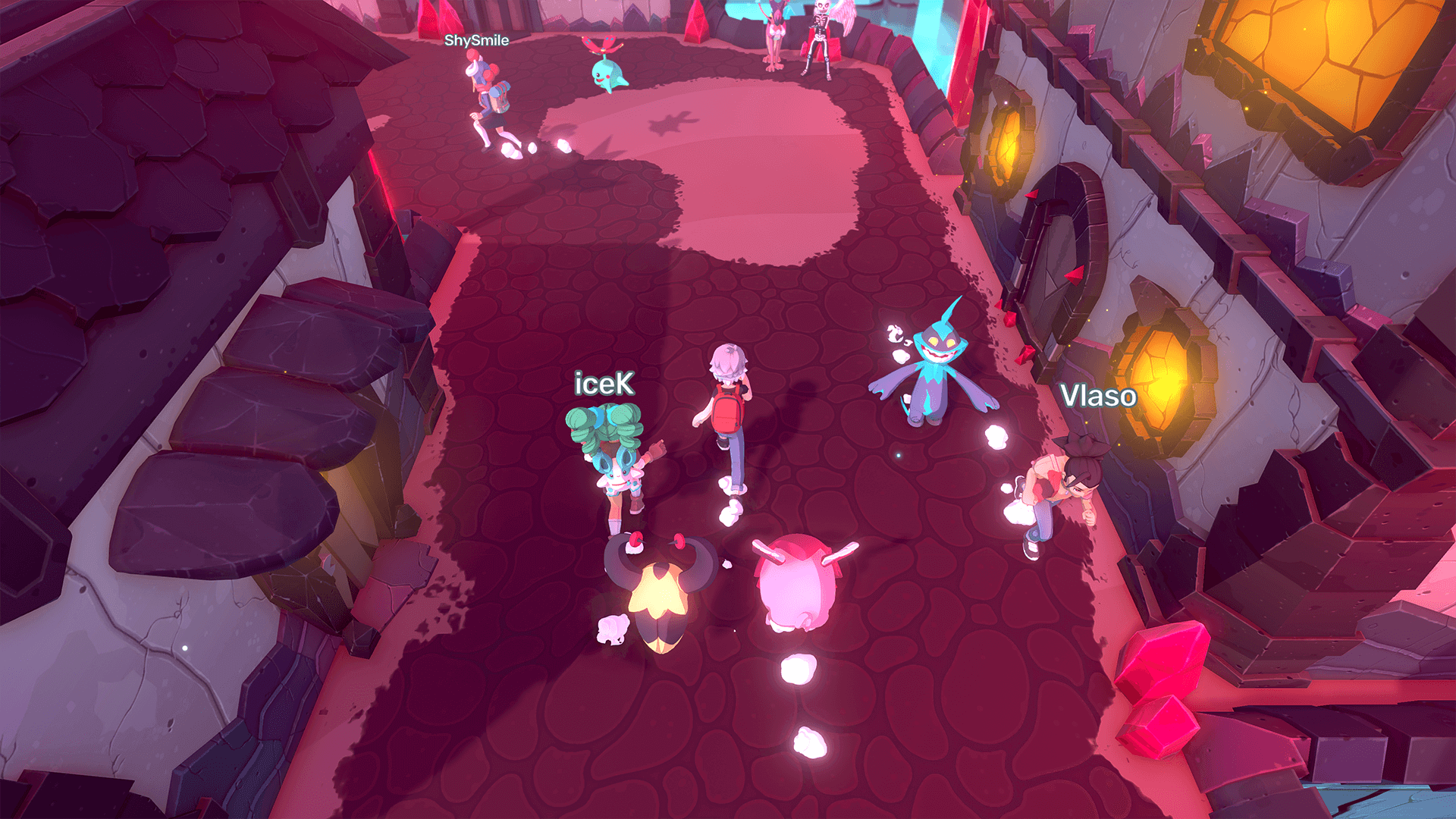 In the Kickstarter trailer there are a lot of players on screen at once. If this is managed through instances, are there plans to make it so that friends can travel together outside of instanced areas?

Guillermo: Yes, we will have instances but they’re going to be transparent for the users. You will be able to party to other player for the Co-op and then ensure you’re playing on the same instance.

What aspect of the game are you most excited for?

Guillermo: Personally I’m very hyped with all the changes we’re introducing to improve the competitive scene. I really want to start watching players battling each other and how they’re going to use the new rules.

Victor: Shockingly, it’s the narrative design for me 😉 It’s not every day that you get to design such a game from the ground up. The sooner I am brought into a development, the more enjoyable it is for me as a narrative designer and the better job I can do. Instead of “just writing stuff”, with Temtem I have been able to think about the islands, the Temtem varieties, the characters and the quest in an organic way. They all have evolved together. And for me that’s a priceless opportunity.

Which Temtem is your favorite?

Victor: Of the ones that have been revealed so far, I have to go with Pigepic. Nothing beats a puffy, fluffy, floaty piggy. At least as long as we don’t have any Temtem looking like baby elephants. I have a weakness for baby elephants. Hmmm…

Guillermo: For me it’s Valiar. I just love their personality and overall look.

The Kickstarter has gone passed the halfway mark after just being up for a few days. Did you expect the Kickstarter to be this successful this fast?

Guillermo: We expected a good reaction from the community because this game is something fans have been wanting for a long time and I think our team has made an incredible job so far with it. But we were blown away and very excited to see the reaction when we announced the game a month ago with our Teaser.

Temtem is looking to be a really wonderful, well crafted, and unique game that is not to be missed! If you haven’t already, take a look at the Kickstarter here where you can even grab a plushie of Victor’s favorite Temtem! You can also see more of the Temtems on their Twitter, @PlayTemtem.

Temtem — It’s all in the cards