Synthetik 2 is Berlin-based Flow Fire Games follow-up to the 2018 cult hit Synthetik Ultimate. Like its predecessor, Synthetic 2 (currently in Early Access) is a top-down action rogue-like with striking style and a tactical core. It’s a game about gaining currency to buy synergizing upgrades, and managing ability cooldowns and lines of sight while engaging pods of enemy units with satisfying gunfire.

This is a game about violence against robots, and in the wide and varied world of twin stick shooters, the Synthetik games’ commitment to a certain tactical realism is novel and refreshing. Movement while shooting dramatically decreases weapon accuracy and increases recoil, shown by the rapid growth of your crosshair into a large, imprecise circle if you strafe while shooting. Ammo can also be wasted if you reload before your magazine is empty, and reload speeds have different speeds and animations that can be sped up if you time tapping the reload button at just the right time. Mistime the click and you’ll be fumbling to reload as the enemies push around the corner. 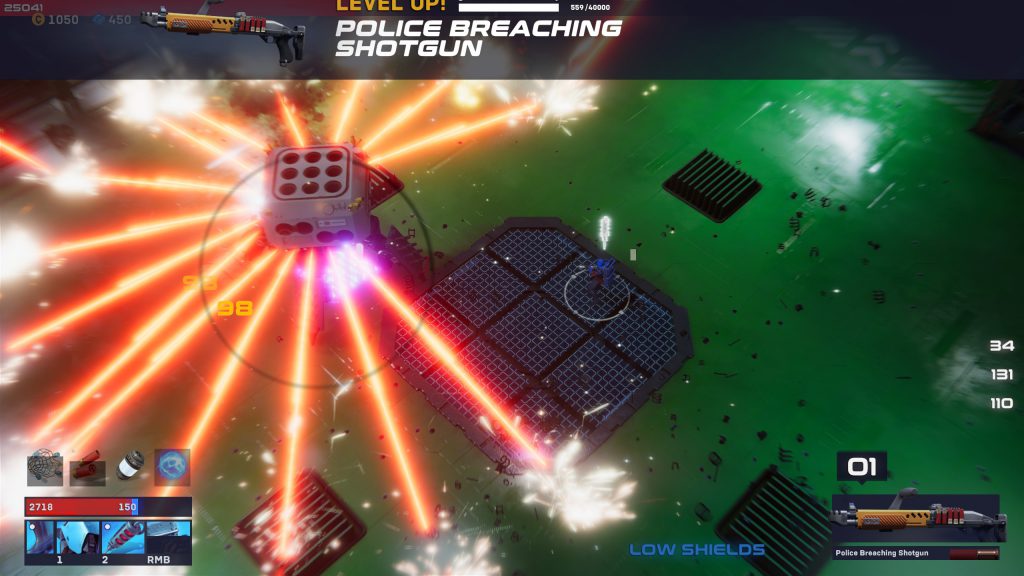 Weapons have heat meters and can jam, forcing you to tap the space bar repeatedly to clear the chamber. These elements are deeply-satisfying. Combine them with varied and realistic gunshot sound effects and a dark, pounding electro-wave soundtrack and each run had me feeling like a certified robot assassin. Landing a kill shot explodes robot soldiers, sending their parts flying with kinetic force and oil stains to boot.

These elements were all present in the first game and they remain intact here, even if the second game does feel more forgiving regarding accuracy. Or is it just my imagination? I can’t be certain. The biggest change between the two games is visual with Synthetik 2 now being rendered in a new engine and looking remarkably good and fully 3D with colorful and intricately designed levels. One particularly clever section has you weaving a wake of destruction on a giant, level-sized, blue and purple circuit board. There is more character to the levels than in the first game and now there are even interior sections, vertical variety and regular environmental traps. 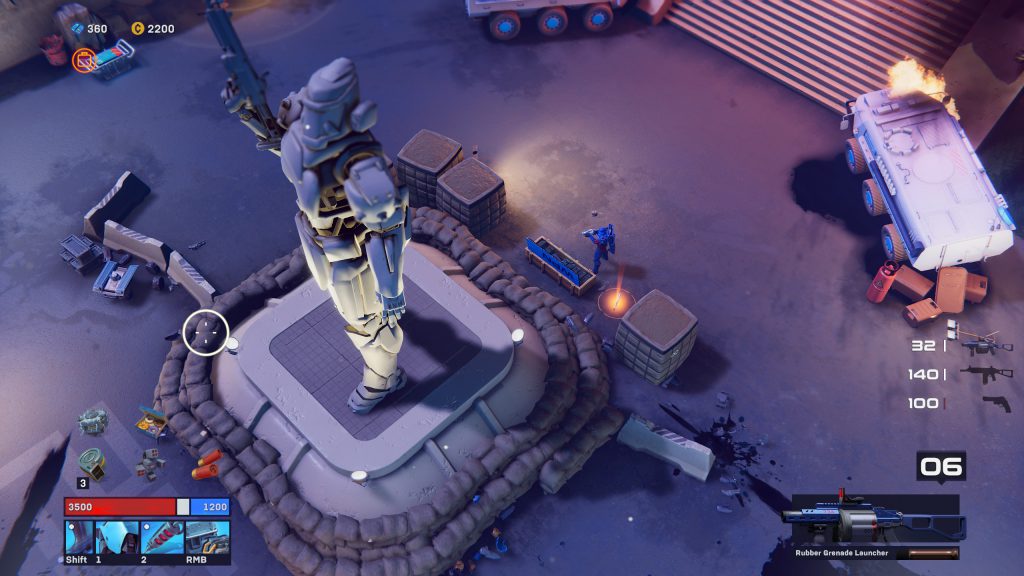 It’s too early to pass judgment on the game since it is in Early Access and still in very active and communicative development, with the small dev team regularly posting updates about their plans. But it is fair to ask how the game is shaping up to be different from the first one, and right now that’s tough to answer. The biggest difference is obviously visual but will the final product go deep than that? I hope so. Part of the appeal of the first game was finding increasingly insane guns that tempted you to bite off more than you could chew before being overwhelmed by enemies and eagerly reloading wondering what new weapons you’ll find this time. Synthetik 2 has certainly come a long way from when I first loaded it up in November 2021 but it doesn’t seem to currently have as wide an array of guns that I enjoyed so much in the first game and the enemy variety is a little lacking as well. 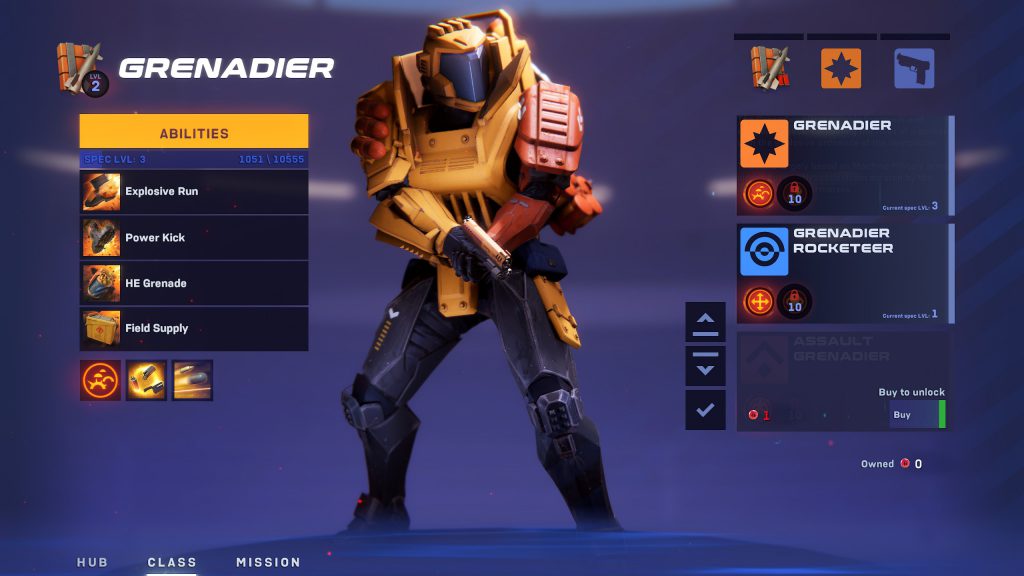 Instead, the focus currently seems to be on the game’s classes and build possibilities as well as on a highly robust in-game modding system that opens up the game to player’s creativity. This makes the game a must-have for anyone who already played lots of Synthetik Ultimate and can’t wait to see what’s coming next, but I would currently recommend the first game to complete newcomers.

I’ve enjoyed my time with Synthetik 2 and I’ll return to it on full release. By then I hope to see the full array of weapons and hopefully a more friendly UI that is more communicative about what the various abilities do and how they can work together. In all my runs I never developed that sense that I had created specific build. It always seemed more like a slapdash collection of random upgrades that made me incrementally powerful in ways that I didn’t fully understand. But that might be on me for not fully immersing myself in the universe of Synthetik. I’ll be honest – I’m just here for the smell of burnt robot oil.

Synthetik is available now on PC