Swords of Calengal hands on — Darkness in a cheery land

Go forward on a beautiful journey to figure out what has happened to the mills in your home town, during a harsh winter which seems to have lasted ages.

The winter was long and unforgiving. The weather itself was harsh, but as the days grew longer, the creatures around you seemed to grow far more hostile. One of these two dangers has destroyed the mills — a very important part of your town. To fix these issues, The Guild of Destiny has sent their 11° division to investigate and restore the broken mills.

In comes you, an adventurer and part of the mission, looking to investigate the mills dotted around. Hostile creatures want to attack anyone who moves near them and various chests lie unclaimed. The creatures in Swords of Calengal really caught my attention — bright blue, gorilla-esque creatures and giant garlic heads with bodies made of vines appear to attack you. You can fight them off with your sword or fireball, making light work of them.

Exploring brings you across new areas and different chests. Some unlock new combos, letting you fight more efficiently. Gems can also pop out of chests — they seem to increase the mana you have, give you more health and sometimes level you up. The stunning, pixel-art world in Swords of Calengal means you can wander about, without too much guidance in the way of exploration. 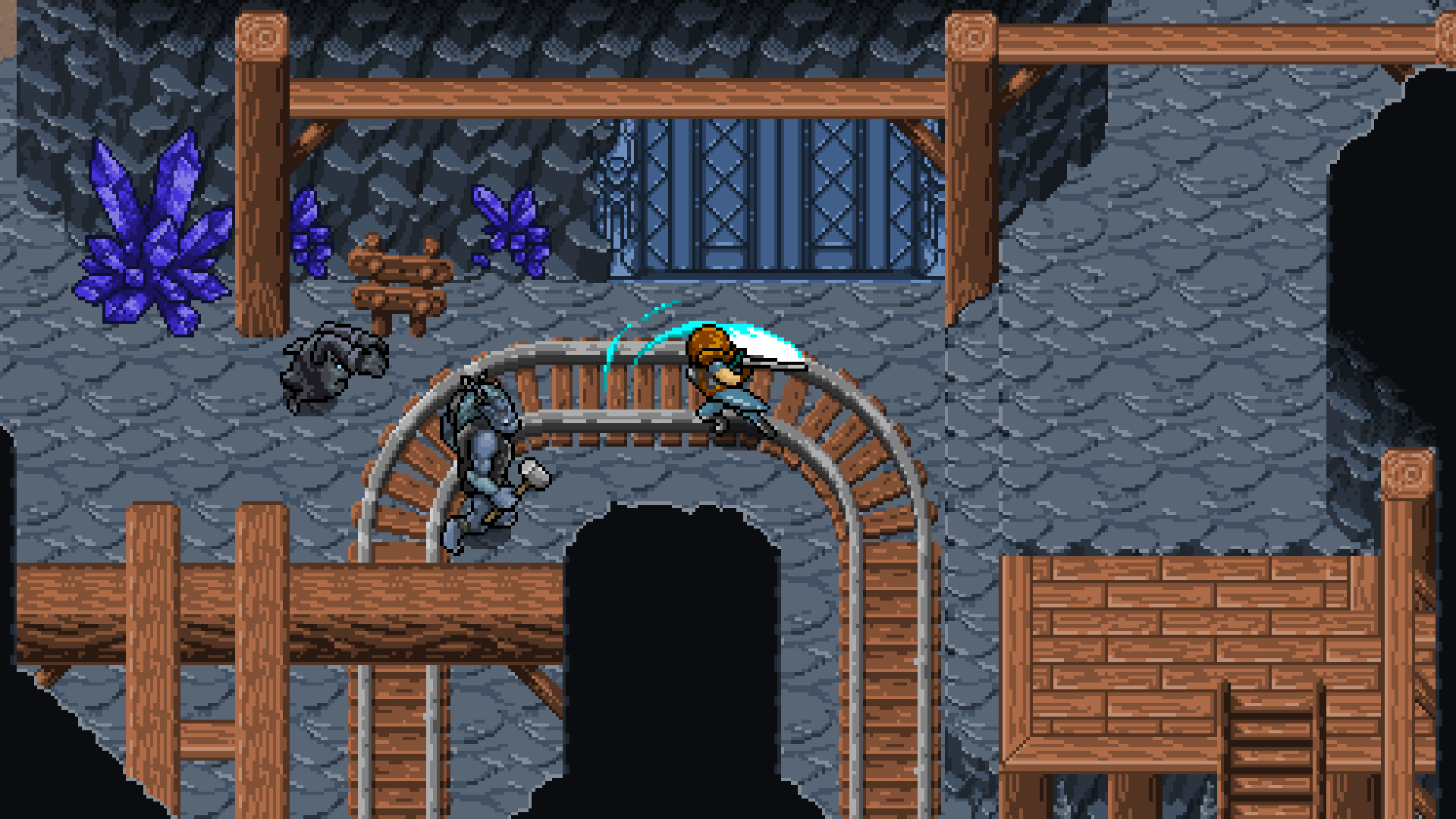 Though the world looks bright and cheery, there is much more behind this simple story of monsters going awry. Some darker forces are at play…

I got the chance to take a look at this game — which has been in development for over three years — at the Norwich Gaming Festival 2018. Though demoing an RPG is challenging at events, the bits of story I got to interact with, the world I was able to explore and the monsters I got to take on were all really well crafted.