Sure Footing Hands On — Procedural Platforming through Computerised Cities

Procedural platformer Sure Footing launched late last week and I’ve been lucky enough to have spent some time with it at the recent Insomnia62. 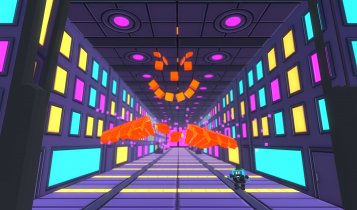 The first time I encountered Table Flip Games’ Sure Footing was at this year’s PC Gamer Weekender, the computer-themed infinite runner was in a row with other indies; flanked with shooters and strategy games. That said, the game with it’s bright neon colours — and chunky characters and world pieces — was extremely hard to miss.

While infinite runners are certainly not a new thing, most of them air on the side of caution with how they generate levels. Many opt for levels assembled from carefully prefabricated chunks, or even simply levels with preassigned routes simply decorated with objects, obstacles and flair.

What makes Sure Footing different is the fact that the level formation is done on a much smaller, tighter scale, that the game also has a lot of verticality — sometimes three layers of platforms at different heights to pass between — and also in how the game allows you to assign your own abilities before you set out on your attempts to best your previous high score.

I spent some time playing through the game and chatting with Table Flip Games’ Co-Director and Lead Artist, Matt Syrett, during the recent Insomnia62. While the game was formally launching on the 31st of March, he told me how the team are already working through player feedback, and from data collated from play time; tweaks and refinements have already been made. The level generation system has been tweaked, as well as changes to the antagonist, Ramrafstart — who chases players along levels at times, and throws platform-destroying explosives. His minion Destruction Dave — a pixel-ly profligate who will slap you off the map if he catches up to you — has also been improved on through hitbox and collision changes.

Making all of these changes so early on in release shows how much more the game is going to have to offer in the next coming weeks as updates continue to pump out. 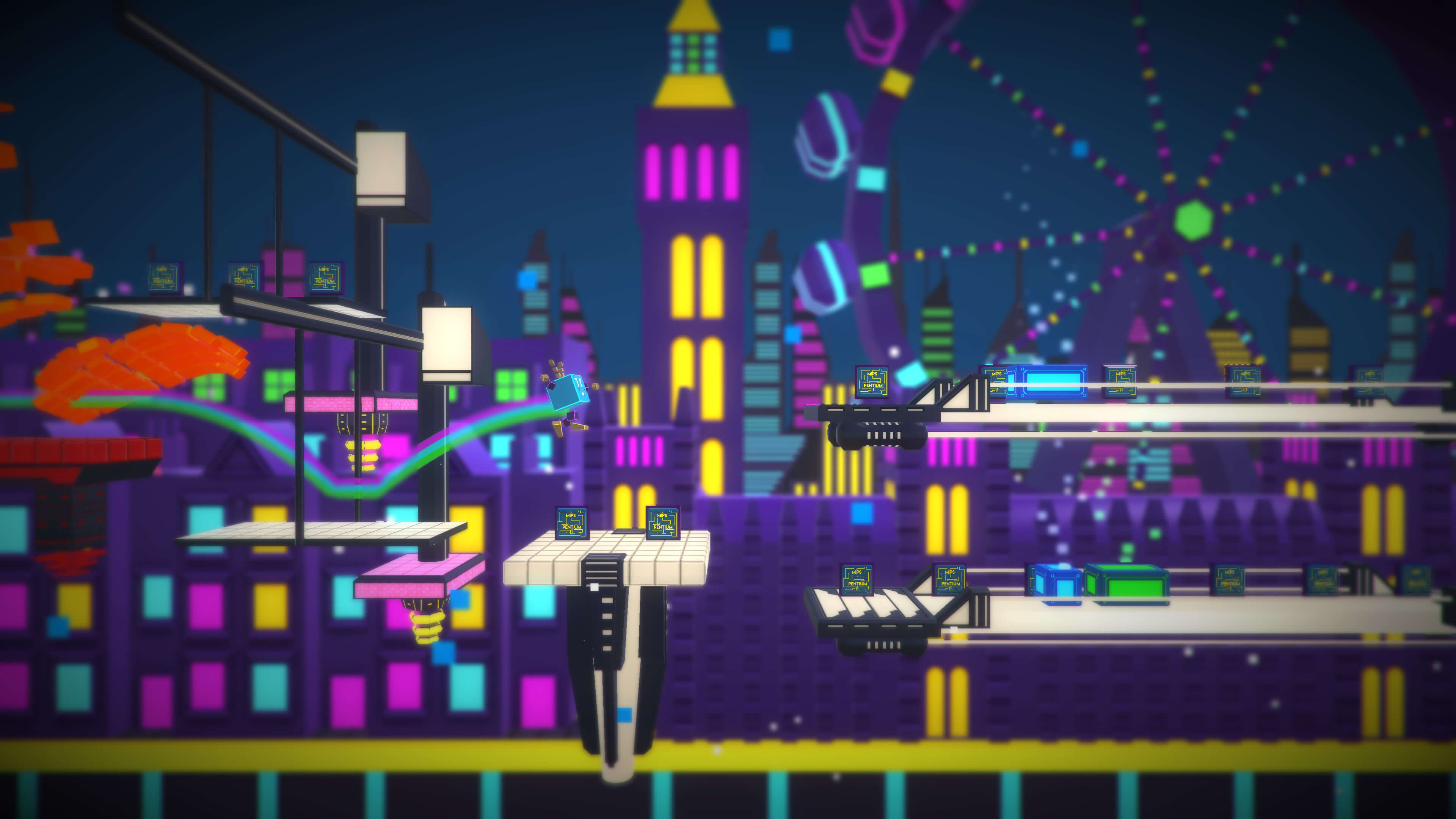 Perhaps, of all of the things which I have mentioned about the game previously, the setting of the game sticks out to me the most. Sure Footing is set in the world of Computera, a high-tech, sci-fi style world where everything is inspired by computer parts, components, or OS icons. Despite how densely packed some of the levels can be, is often in a simple geometric style which is easy to parse.

Players — up to four players, although it’s perfectly fun as a single-player experience — take on the role of one of four characters; Pixel Pete, Polly Polygon, Blip & Plunk. Each of these characters can be customised with outfits unlocked with in-game currency, and have their own statistics — some better at acceleration, others with higher top speed, others with greater jump strength.

As alluded to earlier though, it’s not just the character appearance which can be customised. Before each run, players can assign which of a selection of moves to their three action buttons. These can be things like a more powerful jump, a charging surge, or a ground-pound attack — each of these come with funny little in-universe justifications for the power. This variety, and the different statistics on each character, give the game plenty of replayability. When combined with the Survival mode’s ever-present leaderboards, Sure Footing gives you plenty to mull over when it comes to ways to keep improving on your previous score.

Sure Footing is available now on Steam, you can find out more about the game by following the game on Twitter or checking out the developer’s website. It’ll also be on show at Rezzed next week, for those interested in trying out the game before they buy.

We’ll have a full review on the game up on the website here over the next few weeks — so keep your eyes peeled.