Supermarket Shriek hands on — screaming your way through obstacles

Scream your way through an entire town, playing as both a young man and a goat which only seems to know how to scream!

In Supermarket Shriek, you are playing the unlikely pairing of a man and a goat, trying to survive in a strange, dystopian universe where you move around together in a shopping cart. If that doesn’t sound insane (I am aware that it does) — you can play this game with a friend to share in the madness by either each using microphones or using controllers for the individual characters.

Or you can play alone controlling both characters — they aren’t judging you.

Both characters are in a shopping cart with no want to get out, nor ability to move the cart easily. Instead, you can shout to turn the cart left or right, depending on which character is shouting. If you want to move quickly forward then you will both have to be shouting at the same time. When playing two player communication is key, as there is a lot of precision timing that needs to be done to stay alive. For whatever reason, these different stores have been turned into strange obstacle courses with many, many dangers. 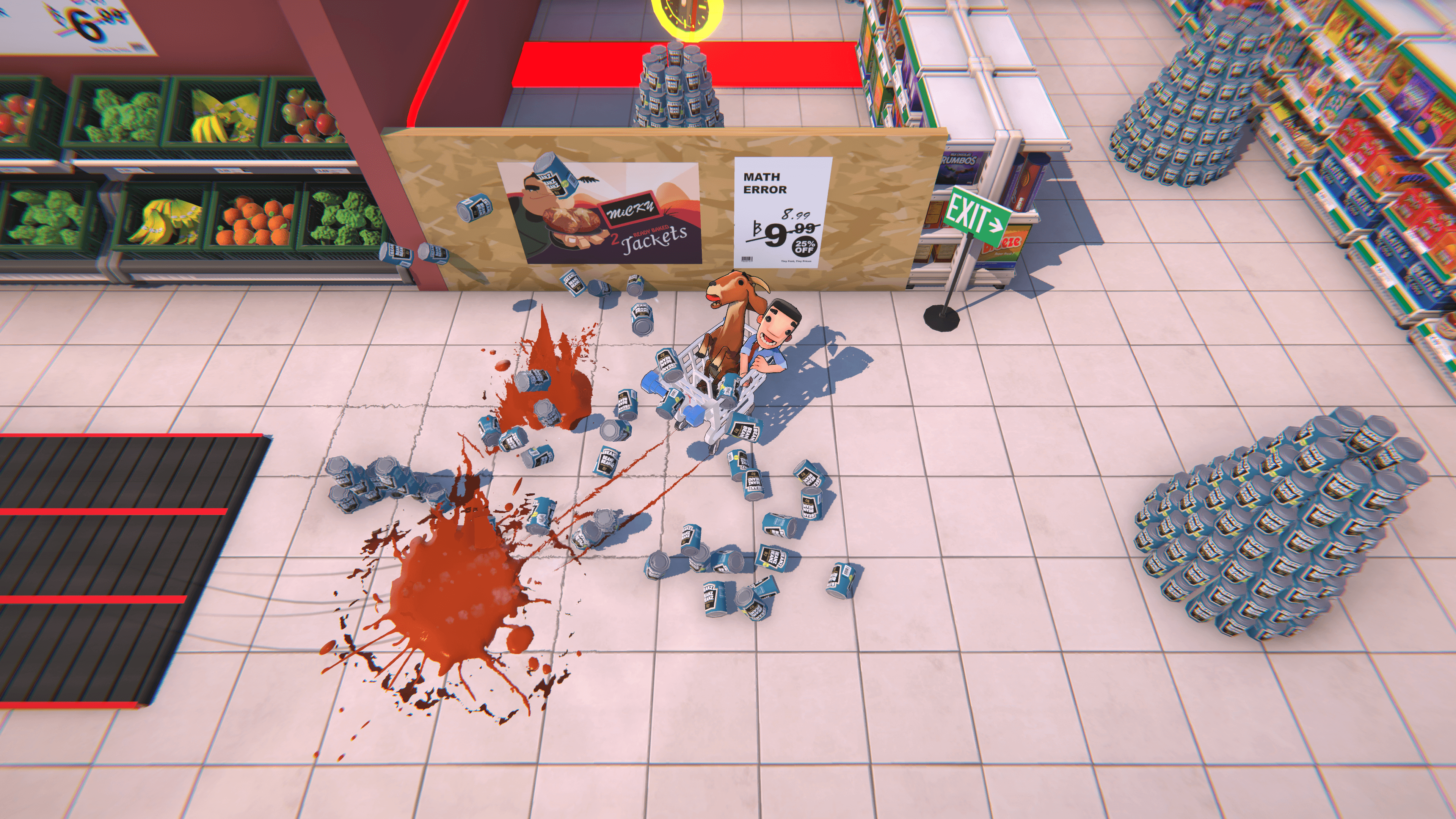 As per usual, these shops are filled with items you can barrel through; covering you with beans or knocking over bicycles as you make it to the exit. Conveyor belts, boxes of produce, and deadly security cameras seem to fit right in — but pools of lava, floor tiles that throw you into the air, and giant axes are also present for who knows what reason. Buttons need to be triggered, paths followed, and you need to get out of the store before time runs out. 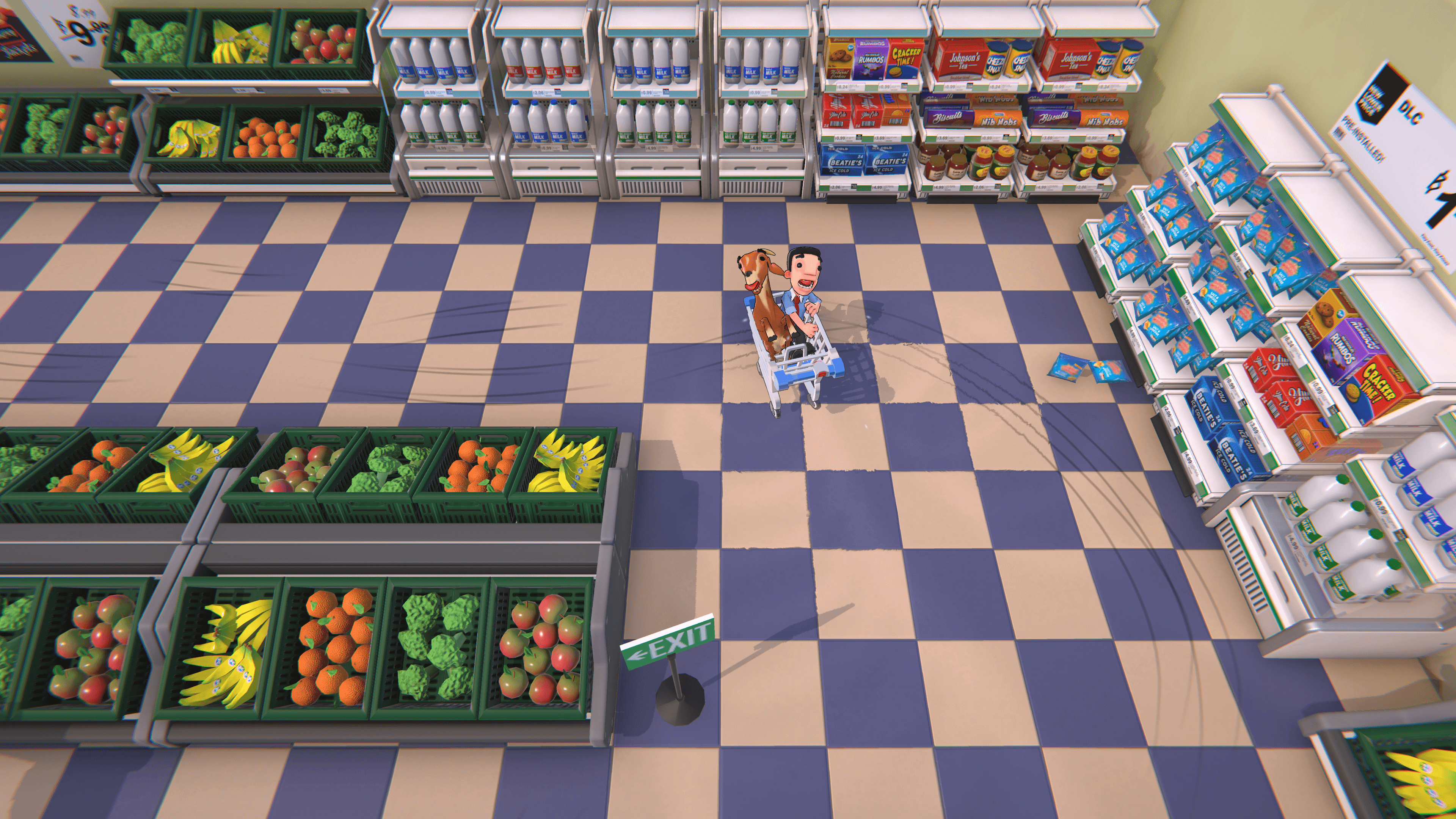 Supermarket Shriek is a very challenging game, especially when it comes to getting used to controlling the shopping cart. You can’t easily move directly forward — and with all the time pressures, obstacles, and stuff going on around you, you will need to learn fast. The levels do have a lot of pressure, but them you can explore the town. Various shops are open, allowing you to pick where you go next, but I did end up using the level select to play around with the controls myself.

Although Supermarket Shriek was originally created as a game jam entry for the Global Game Jam, I was able to take on the game at Develop: Brighton this year.

There is no current release date for this wacky game, but the developers are targeting consoles; Xbox One, Nintendo Switch, and PlayStation 4.