Catch Up With The Word on Streets of Rogue

A Ninja, Wrestler, and Gorilla walk into a bar. That may seem like the start of joke but that situation is more than possible in Streets of Rogue.

That is the beauty of this title and its mad genius. This game is all about stories, ones you craft and that are usually insane in nature. Vampire Frank and his horrible cocaine addiction. Dr. Dissmelfunay(It’s Belgian) and his constant need to chloroform everybody. Perhaps something more “normal” with cops and robbers. It’s all there and Streets of Rogue wants you to play it with every toy in the toybox.

If that doesn’t sell you alone, then the news that you can play with up to three friends online or local co-op should. Now suddenly that Ninja/Wrestler/Gorilla combo can happen and probably will make a vicious team. To quote Bixby Snyder, “I’d buy that for a dollar!” Okay technically fifteen dollars but that’s beyond the point. 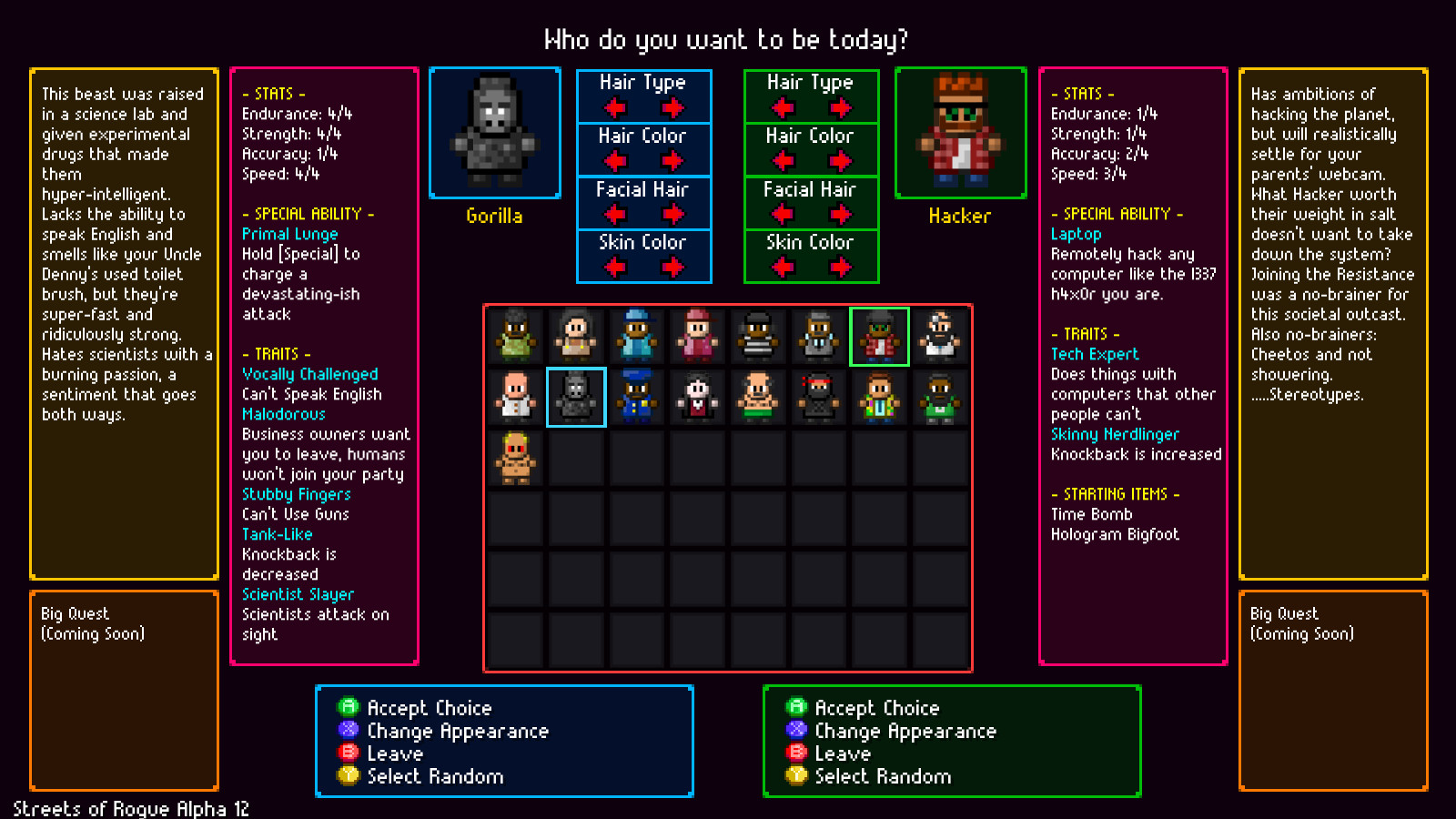 Lucky for me that my fellow B3 writer Brian wrote up an excellent preview and did most of my leg work for me. However, that was in July and Streets of Rogue has landed itself on Steam with some new features and content in tow. So if you’re looking for a good deep analysis of what Streets of Rogue offers I highly recommend checking out his preview. This article will mostly cover new content. 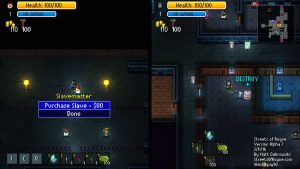 Dr. Dissmelfunay was my character and the start of an hilarious adventure into Streets of Rogue. I choose Doctor as my class primarily as a challenge unto myself. What could I get away with and how far could I go before somebody put a stop to my insanity? Turns out, pretty damn far! Why was this a challenge? Well, the Doctor class is a pacifist, which means he cannot use any weapons at all and his stats weren’t the greatest. He received double the bonus from using medkits, an item I found twice in my whole run. Finally his coup de grâce was his Chloroform which instantly knocked out enemies. It was his ace card and only attack aside from fisticuffs.

The good news is that most of the NPCs in Streets of Rogue are rather trusting and naive. Why is a stranger knocking on my door? Next thing they know I’m raiding their fridge for all the beer and sandwiches I can. Its morally wrong, but hey I’ve got to survive for the Resistance. Between selling weapons I didn’t need and robbing everybody in sight, I made it rather far and almost to the current end of the Early Access. Plot twist was that Streets of Rogue has modifiers that throw in chaos, such as riots, radiation flashes and robots with rocket launchers. What finally did in old poor Dr. Dissmelfunay was that there was three massive bombs to disarm in five minutes. Turns out the Doctor wasn’t good at breaching and entering quickly and thus his adventure ended. 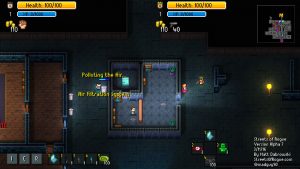 That is the joy of this game though. I had a blast every minute, coming up with new ideas and strategies to use to get my missions accomplished. As the Doctor I had to think outside the box and use poisons, hire hoodlums and sometimes just beat the crap outta somebody. Did I die? Yes but I had blast, literally.

Speaking of the Resistance, the game has a new intro/tutorial since hitting Steam Early Access. Developer Matt Dabrowski was obviously in a snarky mood when he wrote out his tutorial. You are applauded for such things as following basic instructions. Beating someone to death and unlocking a door which makes someones head explode from excitement. In all it concludes with the death of two resistance members, which is terribly anti-productive, but you get the idea.

The story is fleshed out a bit more as well introducing, “The Mayor” character whom I am sure will have something to do with the big mission that we have been promised for a while now. It’s cute and all very tongue in cheek. 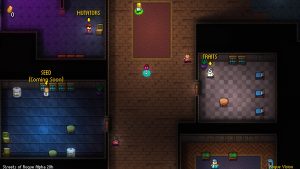 The reason this is all becomes so important, is the introduction of the Resistance base. It houses most of the new features. Streets of Rogue has now given a bit of progression to all aspects of the game such as unlocking classes. Accomplished with simple tasks like using only your fists for three levels. There are also chicken nuggets! That’s not a typo. Chicken Nuggets are currency you earn in game to unlock new traits and loadout/reward items back at the base. Letting you fine tune what you start out with or what kind of random skills/items you may come upon while playing the game.

The base also houses the Mutators, which is by far going to give the game some longevity. Mutators allow you mess with the game rules by giving everybody low health, disasters every stage, no weapons, rockets only. There is also an endless mode. You can also create your own Mutators for some chaos and fun. Other features that are present but locked off are the Create a Character feature. At this point, it’s purely conjecture, but I am very excited about this idea. Being able to perhaps choose negative and positive traits to form some unique classes sounds like a blast, especially if you can take those into online play.

Online play itself right now is a hit and miss. While the game does have a listing showing who is playing and whether their game is private or public, connection issues are standard and the game is suited probably best for playing with a close knit group of friends. This may change before the game hits final release. There is also a “Seed” npc which I imagine will allow you to share with others for Binding of Isaac type of action. This feature is currently locked as well.

Finally on more of the development side of things, Streets of Rogue now has a publisher, Tinybuild. This is fantastic news for the future of Streets of Rogue as this gives the developer more time to focus on finishing the game. While I may be a bit biased towards Tinybuild for whats it worth, they’re an excellent publisher and I have worked with them many times. You may know Tinybuild for publishing amazing titles such as Punch Club, The Final Station, Clustertruck, and Speedrunners.

The future is looking bright for Streets of Rogue, if you are on the fence about whether or not you want to get this game, I highly recommend it. As it stands in its current Early Access state, I have played this game many, many times. It’s well made and the developer is constantly taking feedback. I just can’t wait to see the final product and lead the Resistance to victory or more realistically blow everything up.