Story of Seasons: Pioneers of Olive Town — Alpaca your bags!

Story of Seasons: Pioneers of Olive Town has a simple set up – you leave the hustling, bustling chaos of the city and inherit your old grandpa’s mysteriously untitled farm. Something I love about these games is how contrived they can be in getting you to name the place — I’m pretty sure the mayor of the town should know, right? And anyway — then you’re off. Sew crops, chop wood, cuddle the chickens. It’s all easy-breezy and a good balm for the soul.

Story of Seasons is a long old tale, used to be known as Harvest Moon pre a developer/publisher split, and while Harvest Moon continues on as… something, Story of Seasons remains true to the fantastic formula of farm life and a saccharine social sim on the side. You get to know the lovely, caring townsfolk as intimately as you know your various crops, and makers, and relationships bloom alongside the onions. It’s not in depth stuff, but what is there is very twee, very calming, and very tightly looped together as a constantly churning engine of investment.

While the time pressure can be a little stressful, I missed a birthday of a good friend and I felt like I had committed a major crime, it’s never wasted energy. I suppose it feels like work? But if work was pastel hued, and like gently prodding a very fluffy machine. Seriously — have you seen the Alpaca? Gorgeous creatures. I want 100.

I may have far too many alpaca in this game. 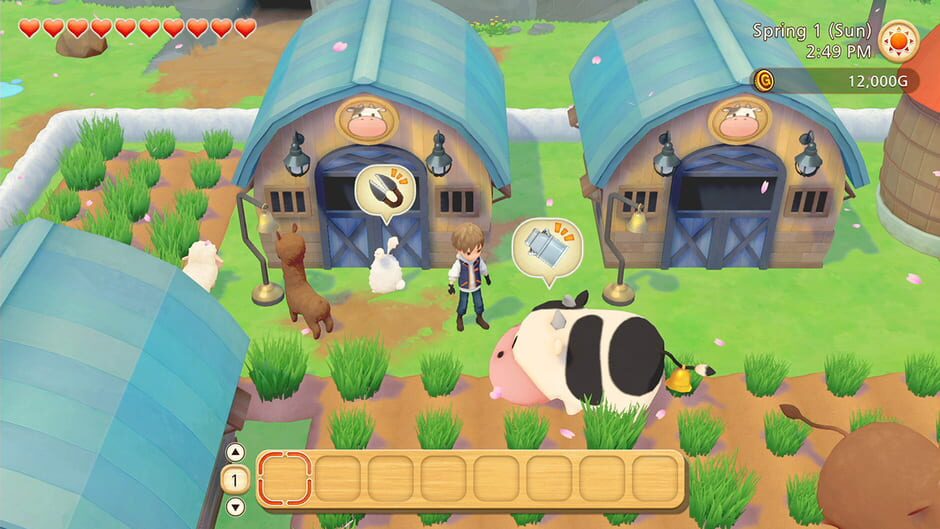 Anyway — some technical details. The loading times can grate, especially in our dawning era of SSDs as standard, and especially in a game with multiple loading screens between areas. They have been patched up, and according to the developers, it’ll improve further. I’ll be honest — that didn’t impact my enjoyment at all.

What did though, was the dialogue. I’m not coming into Story of Seasons expecting a properly hearty narrative to sink my teeth into, but the characters do lack depth this time around. As it stands, they seem to just… not have a lot to say. But it’s being worked on! Hopefully it isn’t too little too late. It’s a little grating playing a game which is close to an easy recommendation, but is held back by a slight unfinished feeling. 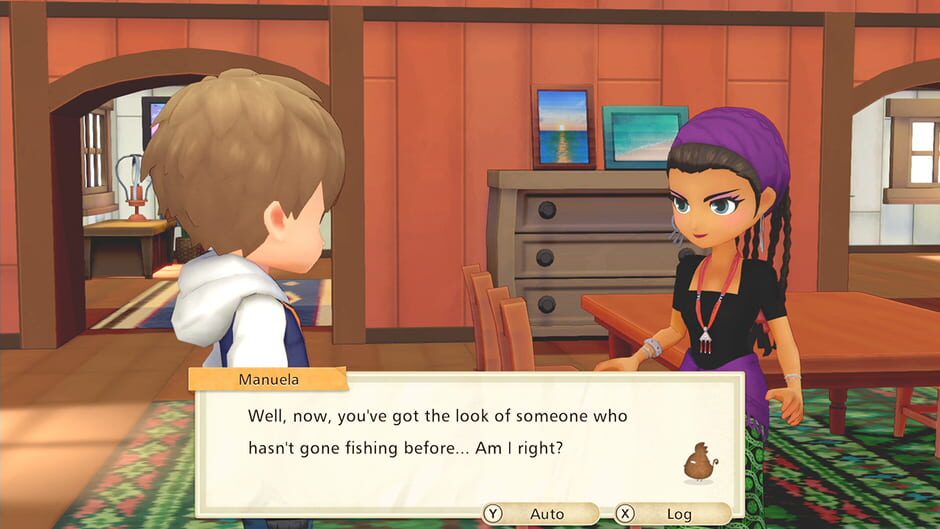 So — it’s a warm, cozy hug of a thing. Its loops will beckon you forth with cute animals, and the unspoken lure of rising profits to buy more cute animals to care for. Apparently, they say, you can also have crops. It feels like a new home away from home, one that burbles away under your feet that you can tinker with into the small hours of the day, with mines and makers and alpacas. I dig it.

Story of Seasons: Pioneers of Olive Town is available on Nintendo Switch.