Spending an hour with a farmer: a man filled with the deepest sorrows, a man whose only friends are animals and mobsters. To be put in those shoes, to hear about his chestnut tree, his All-American Pigs, the gentle twang of his voice as he comforts himself by a looming horse. Adios is, as a thing, a piece of media, an exercise in empathy.

What transpires in Adios is a push and pull between two acquaintances over a day. You’ve spent 15 years working with the mob to dispose of bodies. You want out. You tell them that.

You shovel manure. You talk about refreshing soda. You try to stand against the impossible. You break. Not in resolve — never there, you keep your dignity to the bitter end. You live, on your own, in your own grief. Adios was, to me, something we can only experience in games. You can be in another’s shoes, and see parts of their soul, living their life in snippets and tableaux. The world turns without you, a pig farmer. The engine turns over and the car starts, ready for it’s next driver. It will forget about you, and all your work. The pigs, goats, horse, sheep, they’ll all pass on. 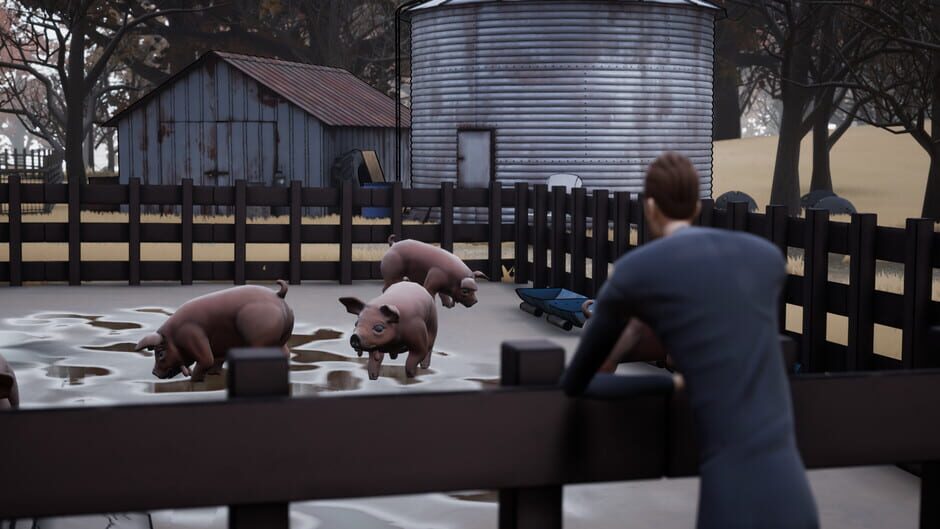 The mighty chestnut tree, the last of it’s kind, will stand tall until you go. As it has done for years on years, as you did. You can listen to your son’s records. They’re a balm for the pain of his hatred, something that kept him in your heart long after you left his. The disgusting coffee reminds you of Sadie, and the hole she’s left in the home.

I left Adios having learned a whole lot. About pigs, goats, the American chestnut. About what it takes to choose when you go. And about living with the pain of being forgotten.

Out in the middle of nowhere is a farm rendered in muted colours, where the light blooms on the lake. It’s all you knew for years. Entropy, I suppose, is at the heart of this. The pain felt is the pain left on the farm. There is so much pain, so much longing. 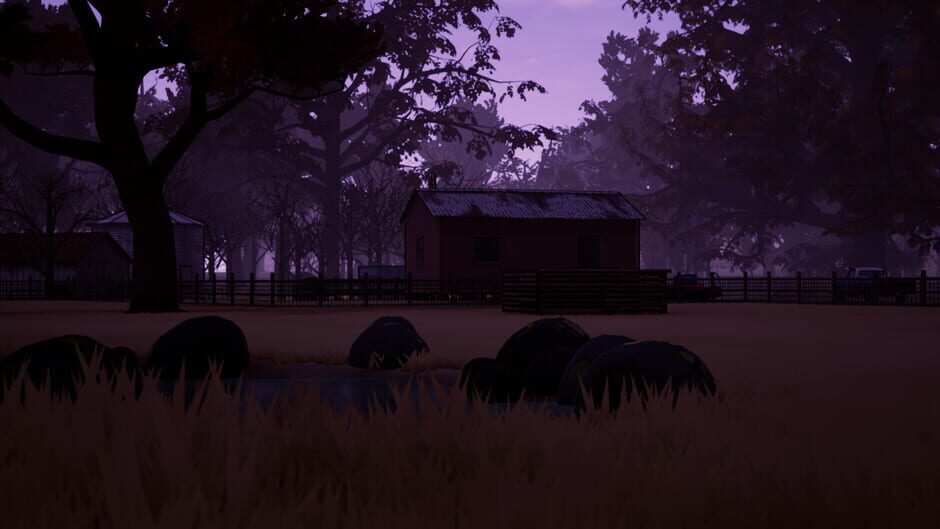 I’m struggling, as a critic, to write critically about this. Sure — the game crashed on me. A horseshoe decided to bounce around for a solid few minutes. The acting was human, gentle, solemn, directed to perfection. It’s beautiful in it’s melancholy. 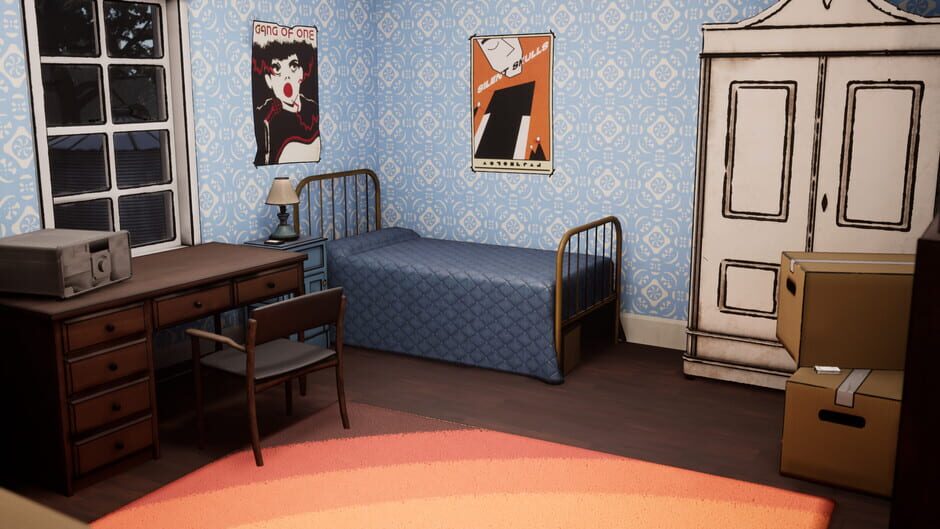 But — it’s in the narrative, and I mean. Look at the above. I don’t really know what to say. My heart broke for the farmer over the course of an hour. He reminded me of my dad. I respected him. I would have loved to share a soda with him.

I wanted him to know that he was loved, and he’ll be missed. And I admire him for quitting on his own terms.

Adios is available on Steam, itch.io and Xbox.