Voxel “creative” games have taken the PC world by storm ever since a certain, “Minecraft” wowed us with what it allowed us to created and build. SO (Stellar Overload) is a whole new kettle of pixelated, voxel fish however, mainly because this has a story to go alongside it’s creative mode… don’t sigh too loud though ‘cos it’s actually not bad at all. The story managed to get underway quickly, within a few minutes, and not too long after that I’d already crafted a gun, as well as the ammo for it. Moments later I was spelunking through caves, delving deeper underground.

There wasn’t much killing in the starting town, which is nice – a passive area to begin the game is welcome, especially as the game’s mechanics are a tad less intuitive due to the nature of some of the items you can make; digging gauntlets, guns, jet-packs.

The story is very well done, where one day you wake up to find your brother has disappeared to fight “Imperium Machina” on your home planet “Merx”, and it all spirals from there. As you are setting out, following after him, you learn how to craft new weapons as well as build other things like vehicles and building. Vehicles need to be crafted like everything else in the game, by finding that job master and getting the recipe from him or her then get around to crafting it, but thankfully the game helps you out quite a lot with giving you a mini map, and it kindly highlights all PoI’s (Points of Interests) for you for later use.

Later on in the game there is going to be more planets then just the first world of Merx, which looks very green and lush, well as much as a voxel game can do, and with Stellar Overload having dungeons, and yes a dungeon boss at the end, to earn recipes or equipable loot it’s a good fun early game for both creative and RPG gamer’s. 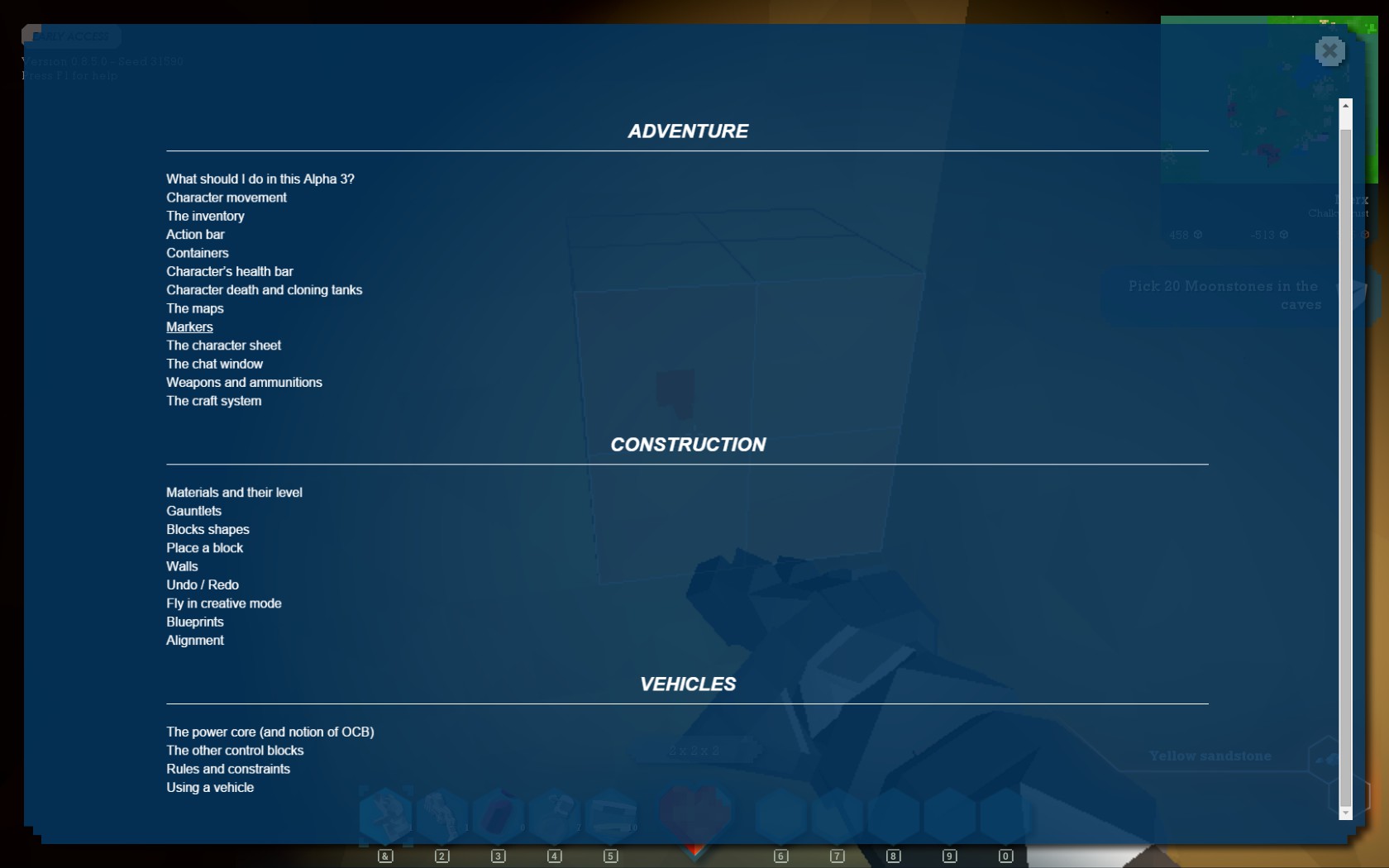 Music for me was just a little too much as it had a bit too much piano in it for my liking, and thanks to the game having options to lower the volume levels, I didn’t have to remove my headset due to being unable to control the levels.

With the graphics, even for my 750ti, I found that it could handle it quite nicely but as soon I found my first vehicle, which was a hoverbike, and I drove the hoverbike flat out, the grass was starting to become a little slower in loading on-screen, but otherwise it has been running very smoothly everywhere else.

The controls and all the other important stuff you need to know, like the crafting and managing the quick slots, were shown nice and early in the game and the tutorial didn’t seem too boring as it started up. The story element is very nicely introduced as the NPC’s that help you give their own opinion on your brother, and there are some that say about joining up with the resistance of fighting the machines too. An element you’ll learn more about when you progress. 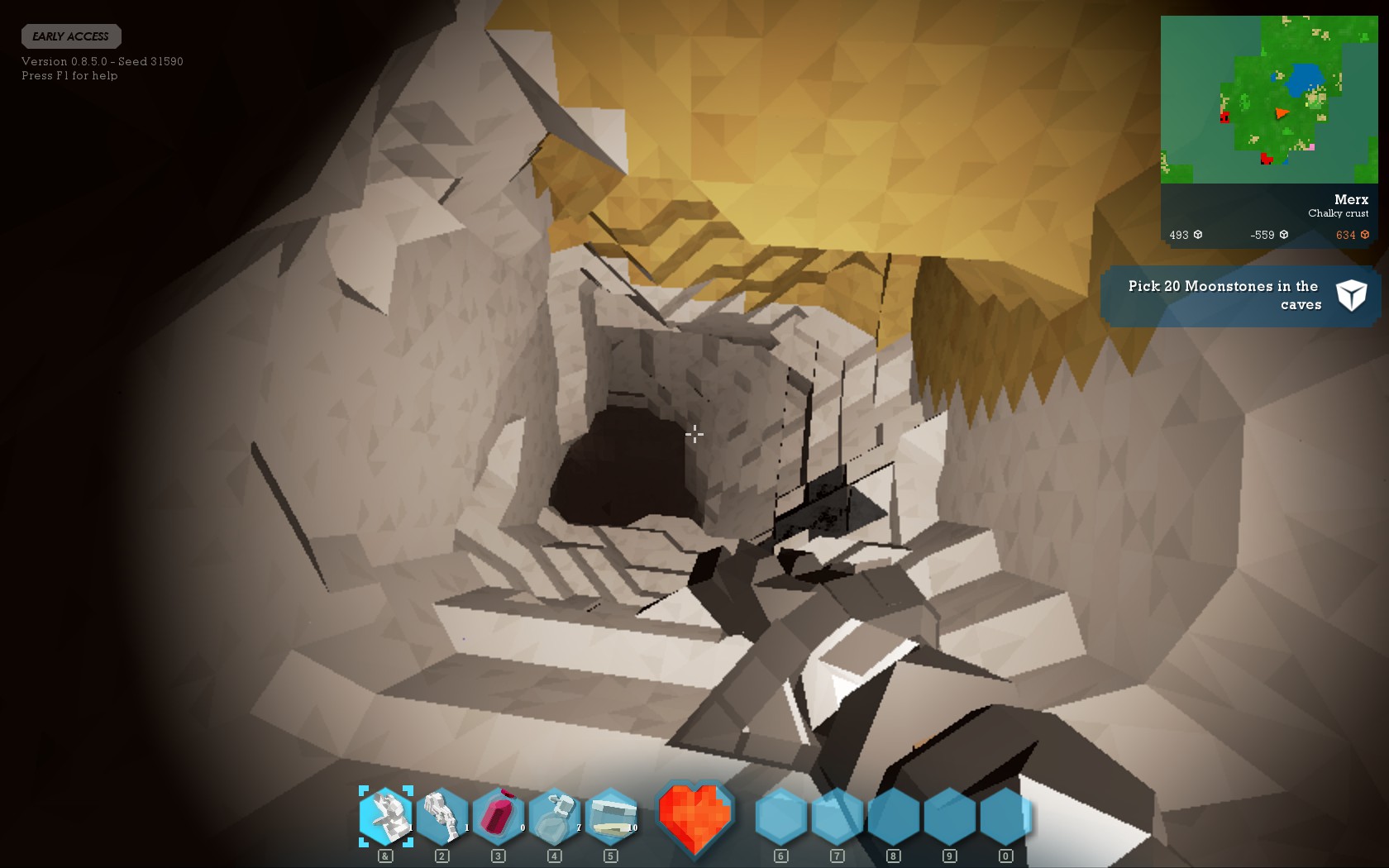 The game started out under the name of “Planets³” in march 2014. This achieved the Kickstarter goal and successfully raised $310,708 with 10,357 backers a month later. For a voxel game like this, that is quite impressive, especially with all the ideas and promises for the game, like flying to new planets, and taming wildlife and using them as a mount, which definitely sounds like a lot of fun.

As you have read, and seen in the screenshot’s the game has a lot of its own character and own personality. I just hope it grows well enough, and gets away from it’s big cousin that we all know of. Minecraft.