SpellBreak is a Battle Royale with magic. Now that’s a great elevator pitch.

If you have been paying attention the last few years, you’ll see one genre making its way into nearly every facet of gaming: Battle royale. Regardless of whether you love ‘em or hate ‘em, it’s hard to deny their impact. SpellBreak is the new kid on the block from Developer Proletariat, doing away with guns and ammo for magic and mana, and it might be the most fun I’ve had playing a battle royale in a long time.

Even during the detailed tutorial, I could already tell that the combat was going to something special, and it was by far the most intriguing element of the whole game. Before starting a match you choose one of the six gauntlets, ice, toxic, earth, fire, air, and lighting; This becomes your primary spell type and becomes permanent for the remainder of the match. Each of these spell gauntlets plays wildly different, some boosting long range and high damage while others focus on crowd control, but it’s how you combine these spells that elevates combat as a whole.

Mixing and matching two of the six elements can sometimes bear creative new results, like striking lightning into a poison cloud to electrify it, or turning a boulder into a meteor-like object by adding a bit of fire. It’s this interplay between the spells working together and against each other that goes a long way to creating some unique play styles and combinations; Not to mention the skills you gain throughout a match that vary from gauntlet to gauntlet. 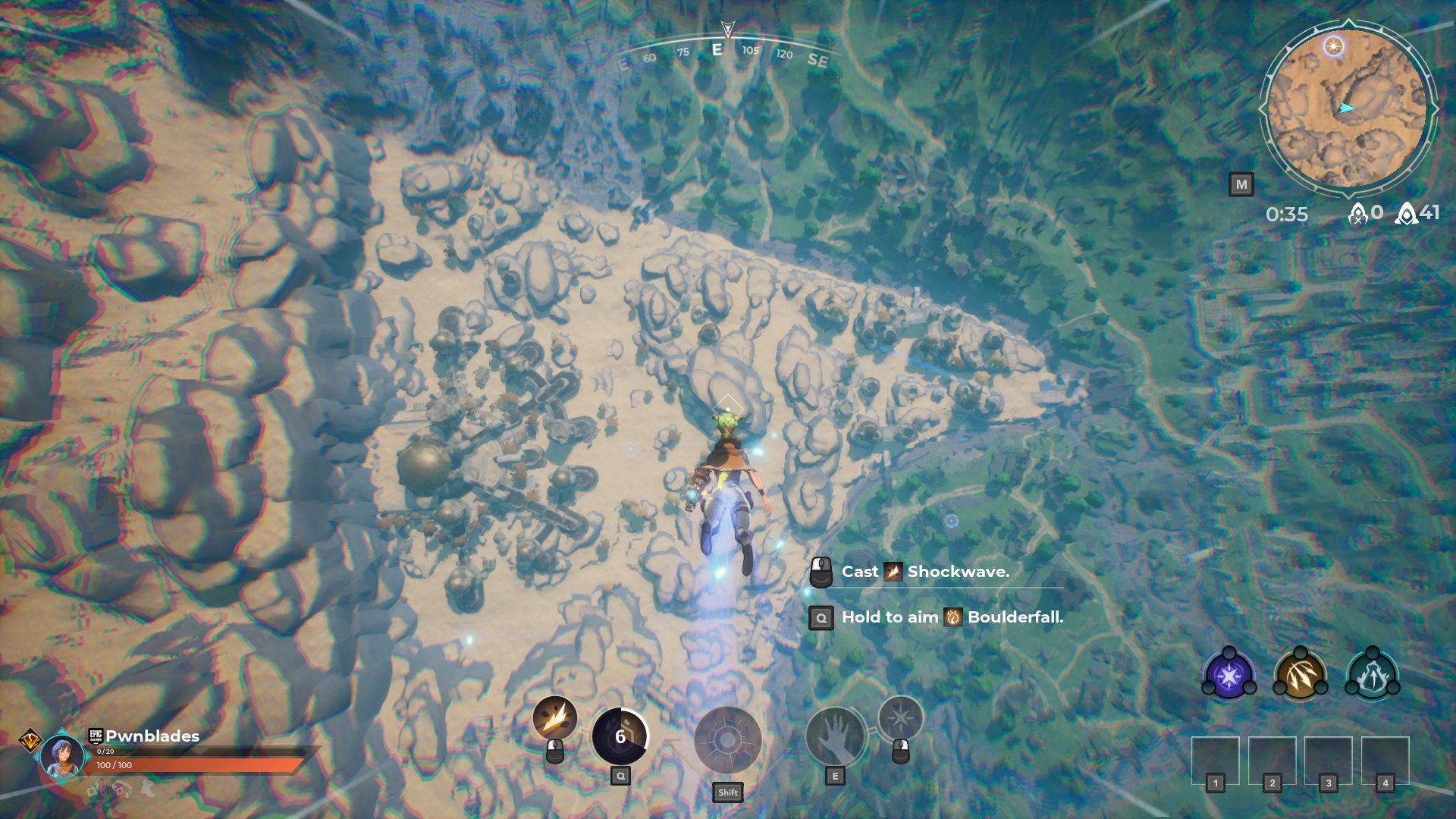 I think it’s clear that the combat is what’s taking centre stage here and rightly so, the moment when spells start to fly is both an intense and exhilarating feeling, especially when you get the chance to take on another player one on one, making for some epic duels of magic and wit. That coupled with its presentation of brightly coloured and flashy animations makes the combat just as much a spectacle as well as a diverse and fun gameplay experience. That being said, SpellBreak’s biggest strength is also a bit of weakness in some places. Most notably, when multiple teams or players come together the sheer number of projectiles and effects going off around you can sometimes be a little too hectic and make combat devolve into a cluster of explosions and frantic movement.

Nevertheless, that doesn’t mean you can throw spells around like a maniac. All your spells and certain movement options like levitation is tied to a single resource, mana. I’m not above admitting this was often my downfall in combat, as I learned very quickly that balancing your casting, levitation and cooldowns is vital to keep you from being battered by your opponents. 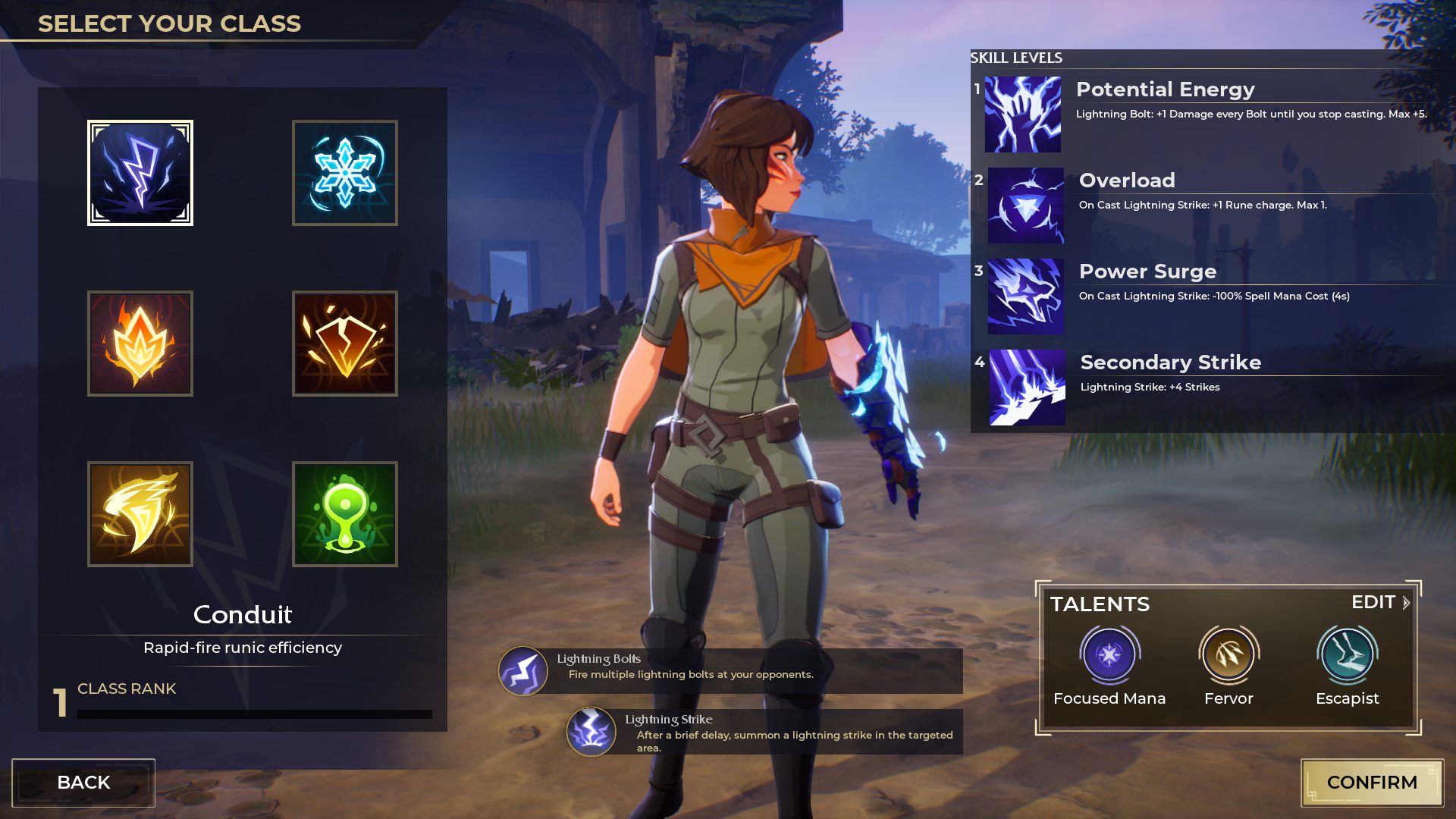 So combat has some great depth, but that doesn’t mean it’s not the only mechanic that plays a part in your magical arsenal. As you might expect in a battle royale, you’ll find a ton of items and equipment of varying rarities to better equip your battle mage for the ensuing chaos. Whether it’s belt’s to increase and gain armour, or talismans that grant you abilities such as flight and dashes, finding the right equipment can dramatically change what your mage is capable of.

Using a certain spell gauntlet also lets you earn exp for that gauntlet, and with each level, you’ll be earning some cosmetic items, banners, icons, and talents, with talents are easily the most desirable. These talents are separated into three categories, body, mind, and spirit, and each can be unlocked by levelling up the different gauntlets, and by finding scrolls for each talent type during the match. These can range from cast speed increases, carrying extra gauntlets or spell damage, just adding an extra layer to the already robust amount of depth the game has.

Each of these opens up more options in movement and your combat capabilities; it’s just up to you to find what’s best for you. 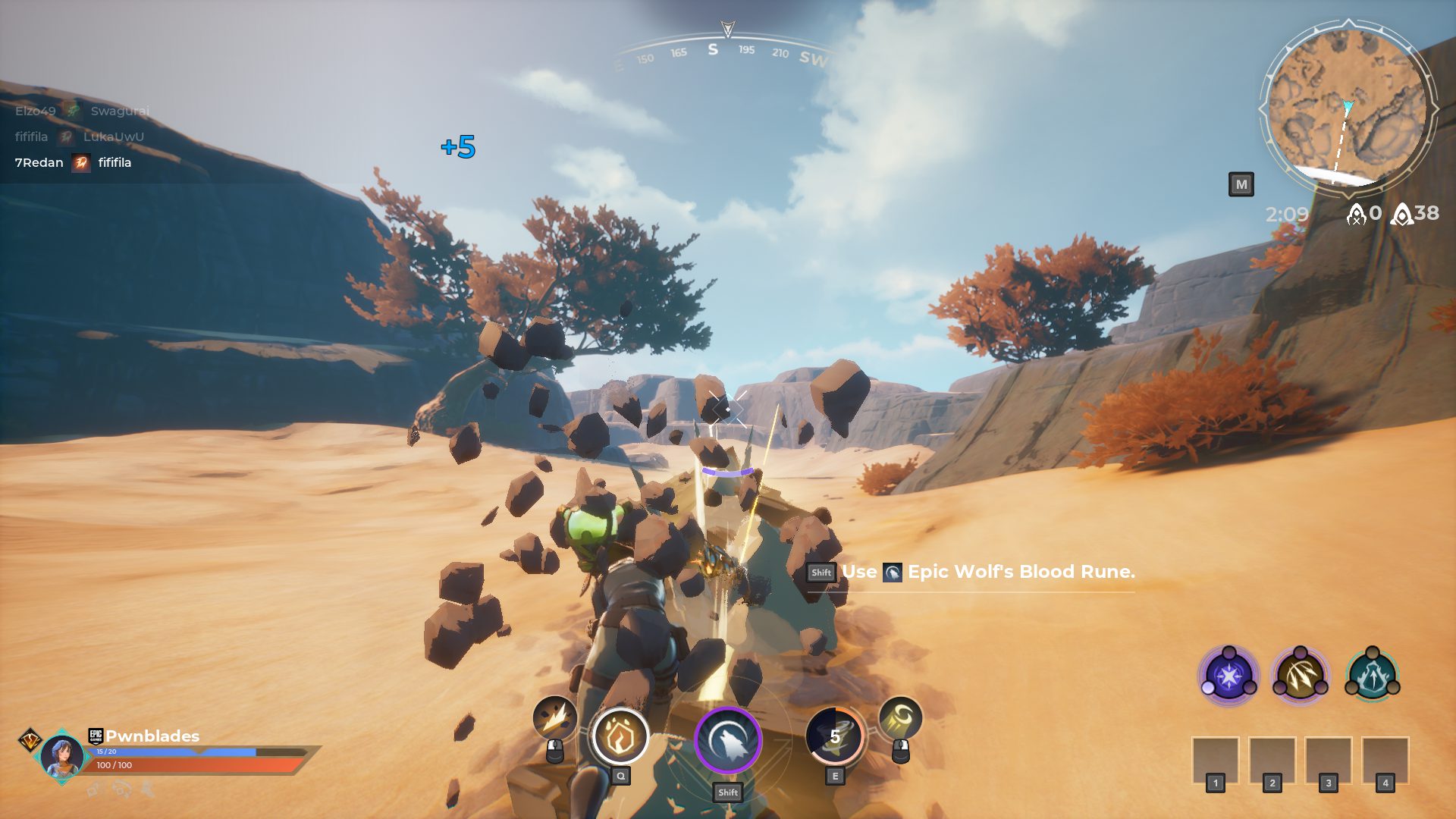 Having said all that, a battle royale can often live or die by the quality of its map, and Spellbreak does just enough in that regard. For the most part, it’s visually impressive and varied enough to make traversing it less of a chore, but certain areas certainly stood out more than others with more variation to colour and layout that made for some great backdrops during an encounter with enemy mages. Despite this, the level of vertically and a few truly excellent areas made it just exciting enough to keep me looking and searching its many nooks and hidey-holes for gear. Not to mention that you’ll be speeding across it with little time to spare, given that the signature battle royale ring closes in a lot quicker than any I’ve seen, leaving little time to casually stroll about carelessly.

Now to get some of the business stuff out the way. Yes, much like its buddies in the genre, this free to play game has a storefront, containing a host of cosmetic items you can purchase with real-world money and be earned in small increments by levelling up. As of writing this review, there is currently no mention of a battle pass system, though the upcoming chapters that will be rolled out will undoubtedly be SpellBreak’s answer to that, with tiers and unlockables as you progress and complete challenges, much like other games in the genre.

It should also be noted that SpellBreak has joined a growing list of games that features cross-saves and progression, meaning you can pick up and play on whatever console you fancy without losing that lovely skin you purchased. 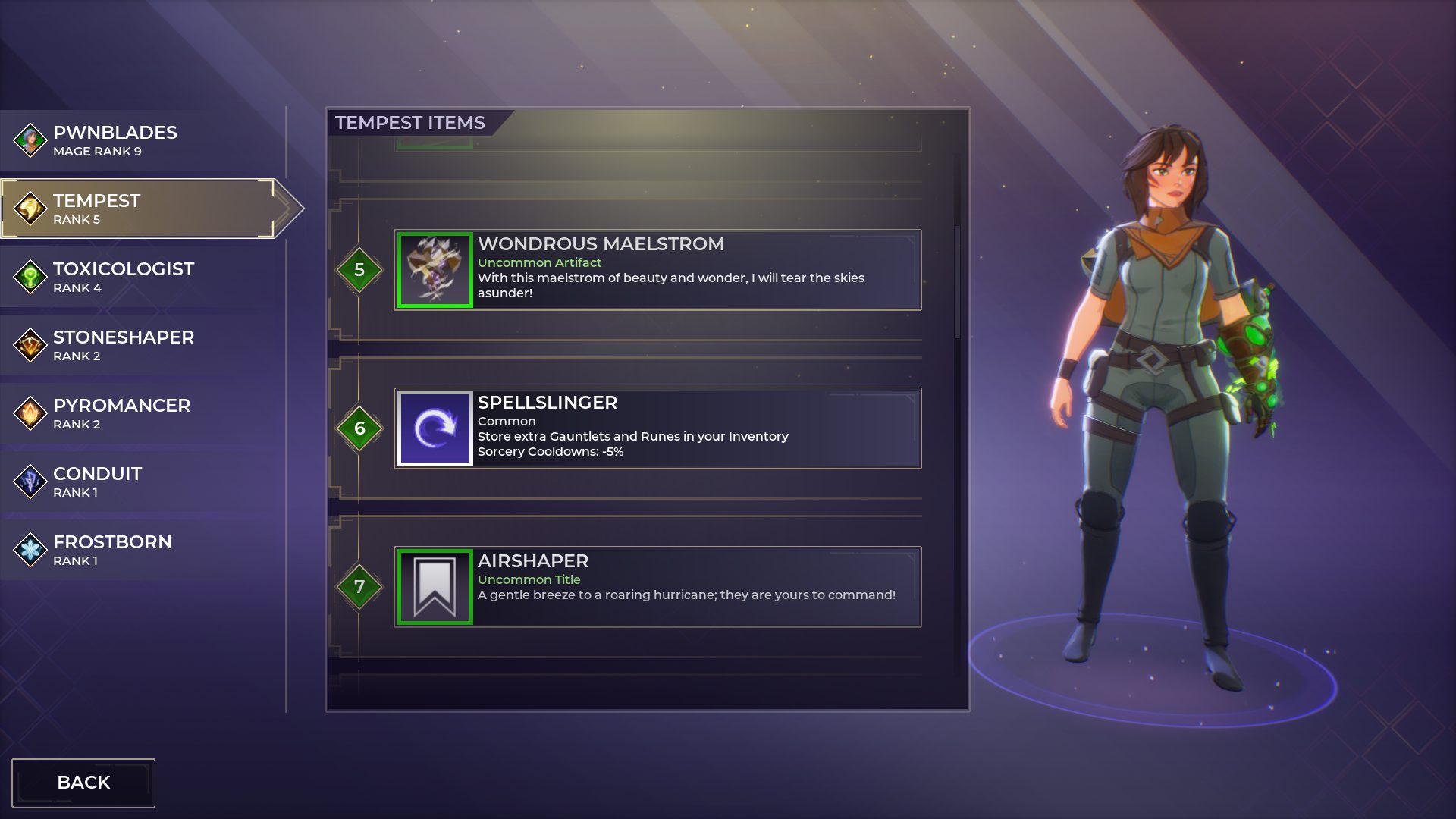 Ok yes, it can be a lot to take in with all these different facets of gameplay. But it’s how they all work together that makes the game unique. Its depth and variety in combat is something I wish more battle royales would be willing to try, and the amount of control over how you play is something that I’m grateful developers Proletariat put their focus into.

I’m eager to see what new content or changes come to SpellBreak in the coming months, with the hope they will build on an already excellent foundation to make this game even more magical than it already is.

SpellBreak is out now on PS4, Xbox, Switch, and Epic Game Store. For more information, check out the Developers Website or Twitter.