Recently, we reviewed Sorcerer’s Arena: Epic Alliances, which is a fighting strategy game that has a bunch of our favorite Disney heroes and villains in the game. If you were a fan of the core game you’ll be glad to know that the game actually has a bunch of different expansions, which add new mechanics, new characters and new twists to the game. The Turning the Tide Expansion is a water-themed set, which has three new characters and also new tiles.

Stitch, Moana and Davey Jones are added through the box, as three legendary people from under the sea. These characters have their own abilities, with two of them (Davey and Stitch) introducing abilities that are always active, not just used on their specific turns. Stitch also has their own new boost called No Punch Back, which stops enemies from harming him back until the next turn if he’s attacked them. 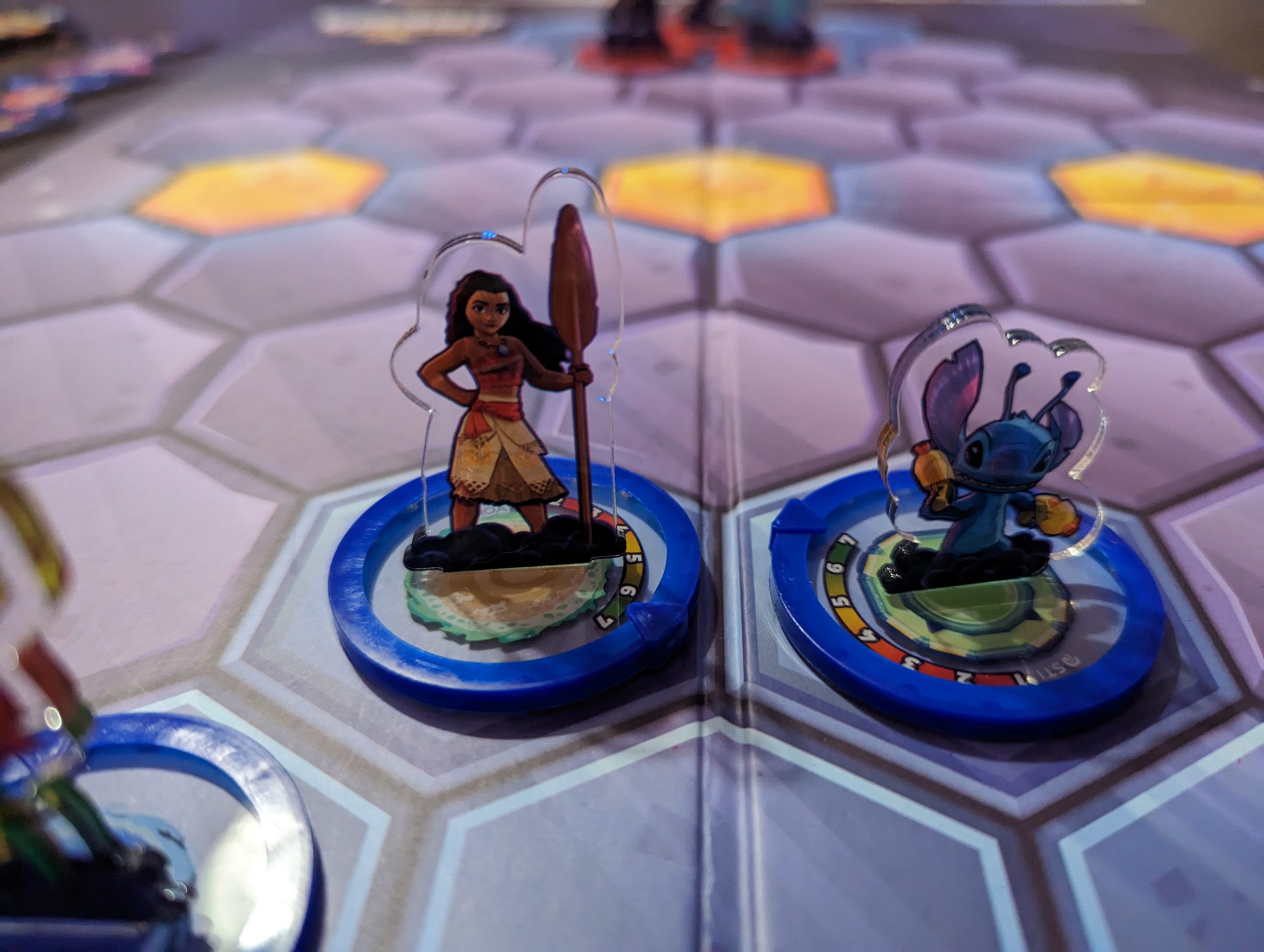 These different changes already add a bunch of new ways to play and strategise in the game, but there’s more! The box set also comes with three water tiles, which can transform parts of the map to water. Davey Jones, Moana, and Ariel from the original box set are all Oceanic creatures, which means that moving through these water tiles will not count towards your movement, allowing you to move further. Moana is built in a way that moving through lots of water tiles will actually help the cards in your hand, but once a water tile is used, it goes back into the box until it is placed back out.

Davey Jones also has a lot of features around the concept of cursing others, which causes them damage at the start of their turn. He feels like a really overpowered character when playing at first, as he can curse anyone as his skill every single time it’s his turn, and then can multiply damage on these characters that are already cursed using his cards. Ariel does have the ability to get rid of boosts, so despite being in the base set, she does feel like she was well incorporated with this expansion — a very interesting thing to see in an expansion pack that adds new characters, as it’s clear that it’s been thought through. 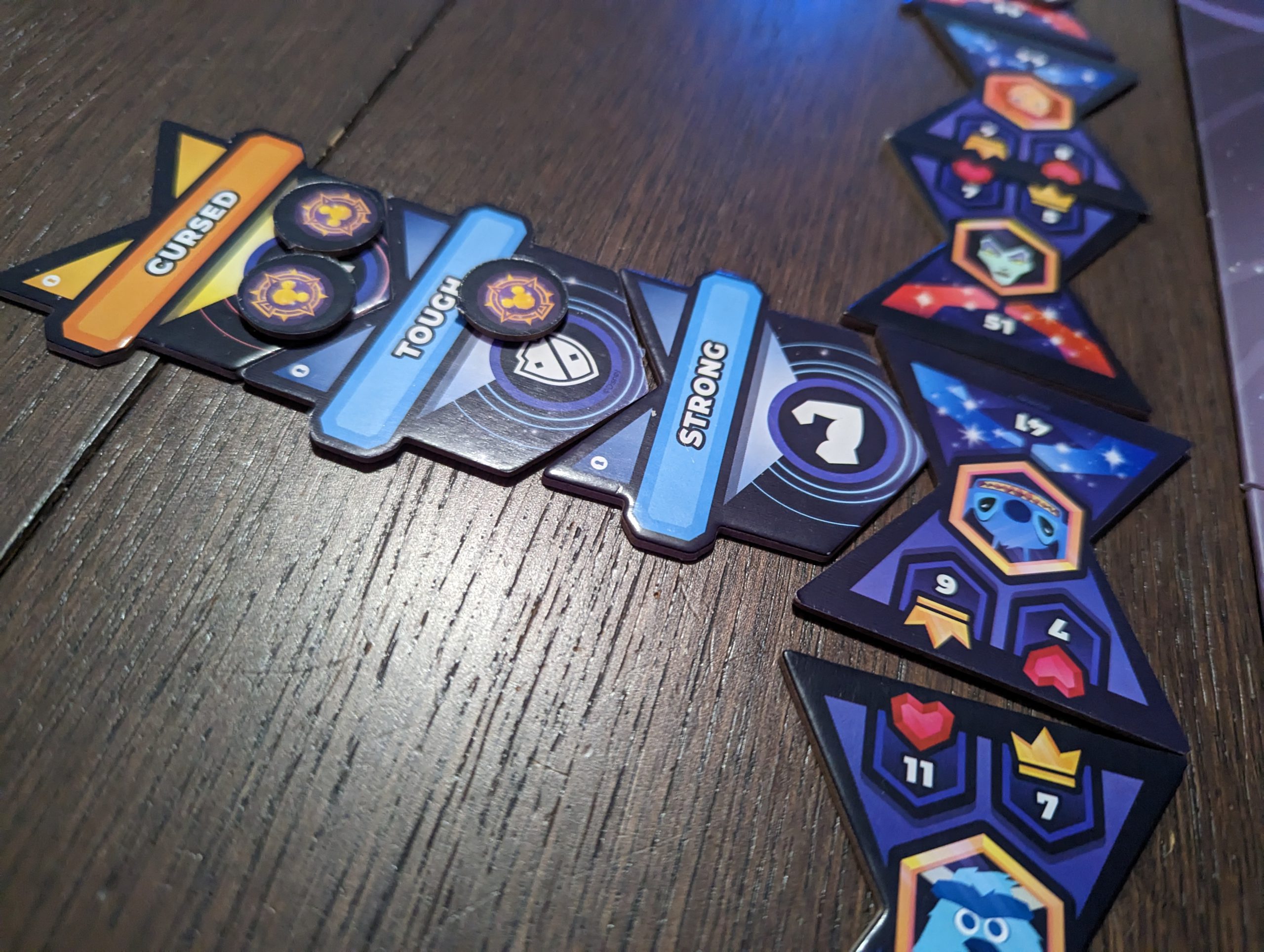 These three new characters, their cards, stands, decks and tokens are all up to the same quality that the core set is at, with everything being very well designed and put together. If you enjoy the base set, it’s a great challenge to start coming up with new teams that go well in this new way of playing, with their ocean aspects and with Stitch and his new boosts. It’s also fun to collect more characters so you can play as your favorite!

You can find Turning the Tide Expansion on Amazon.