Museum Suspects is a really interesting crime solving, mystery game where two to four players are all trying to figure out who stole from the museum. This is primarily done through bidding, taking notes, and trying to outsmart the other people in the game.

Museum Suspects is different each time you play. You will be randomly placing out a bunch of polaroids of different characters who can be clearly viewed as different types of monsters, wearing different accessories, and having different backdrops. At the edge of the board, there are a bunch of different clue cards, that can really help you pinpoint who the criminal is. 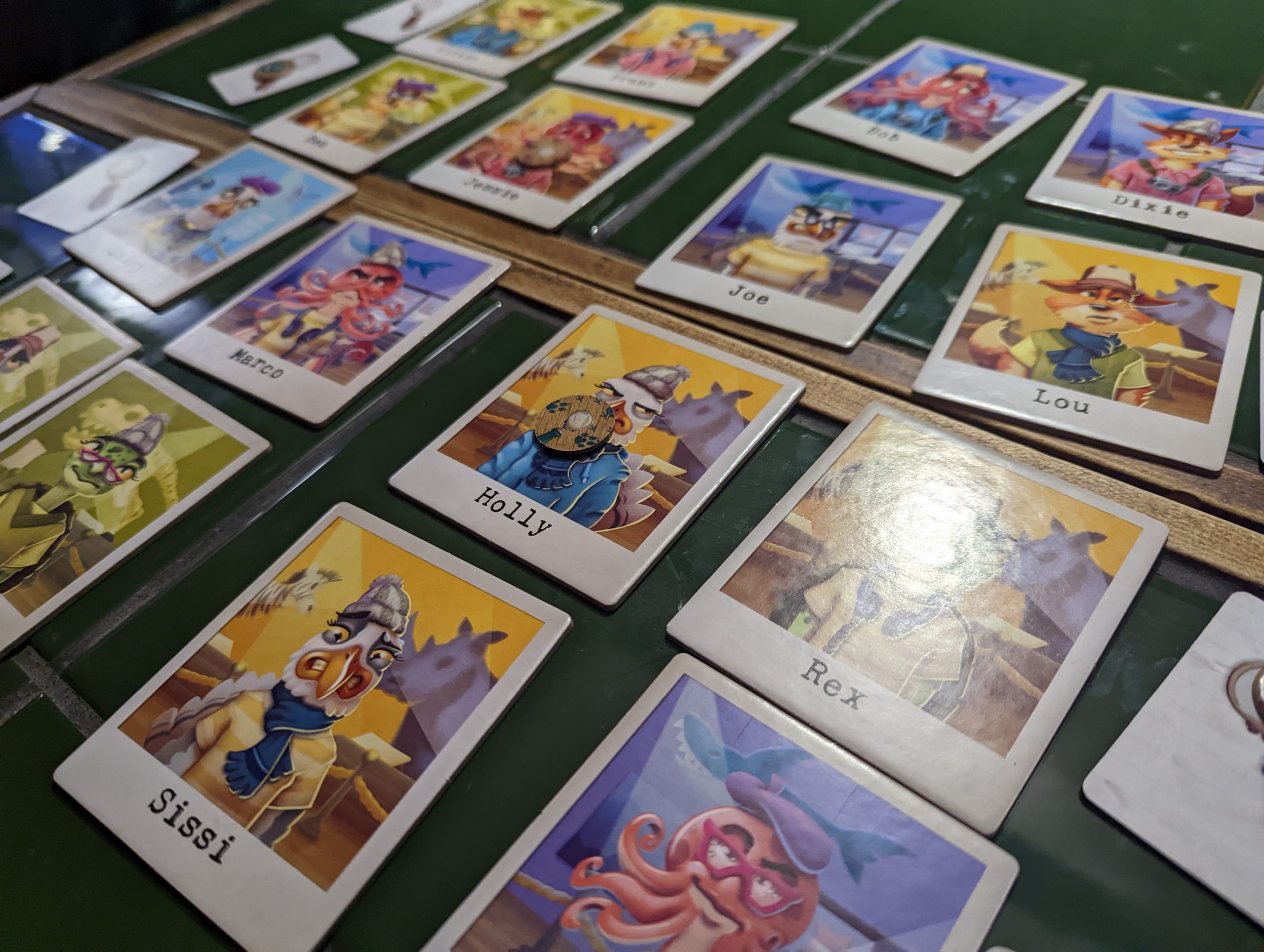 In order to make you feel more like a detective, you have your own notepad, which can allow you to cross off different places on the board as well as different individual aspects that have been illuminated — but you will need to get these clues first. This is done by bidding your number tokens on a clue. These tokens will be face up on the clue cards, and if you do not have a token worth higher than the previous one placed on that clue, you aren’t able to get it.

This means that someone can block out another player by using their six point token to bid on a clue, not allowing anyone else to know what that clue was. Clues are very important when it comes to figuring out what the suspect doesn’t have; they might not wear a blue t-shirt or they might not be in a specific row on the board, allowing you to illiminate that area. 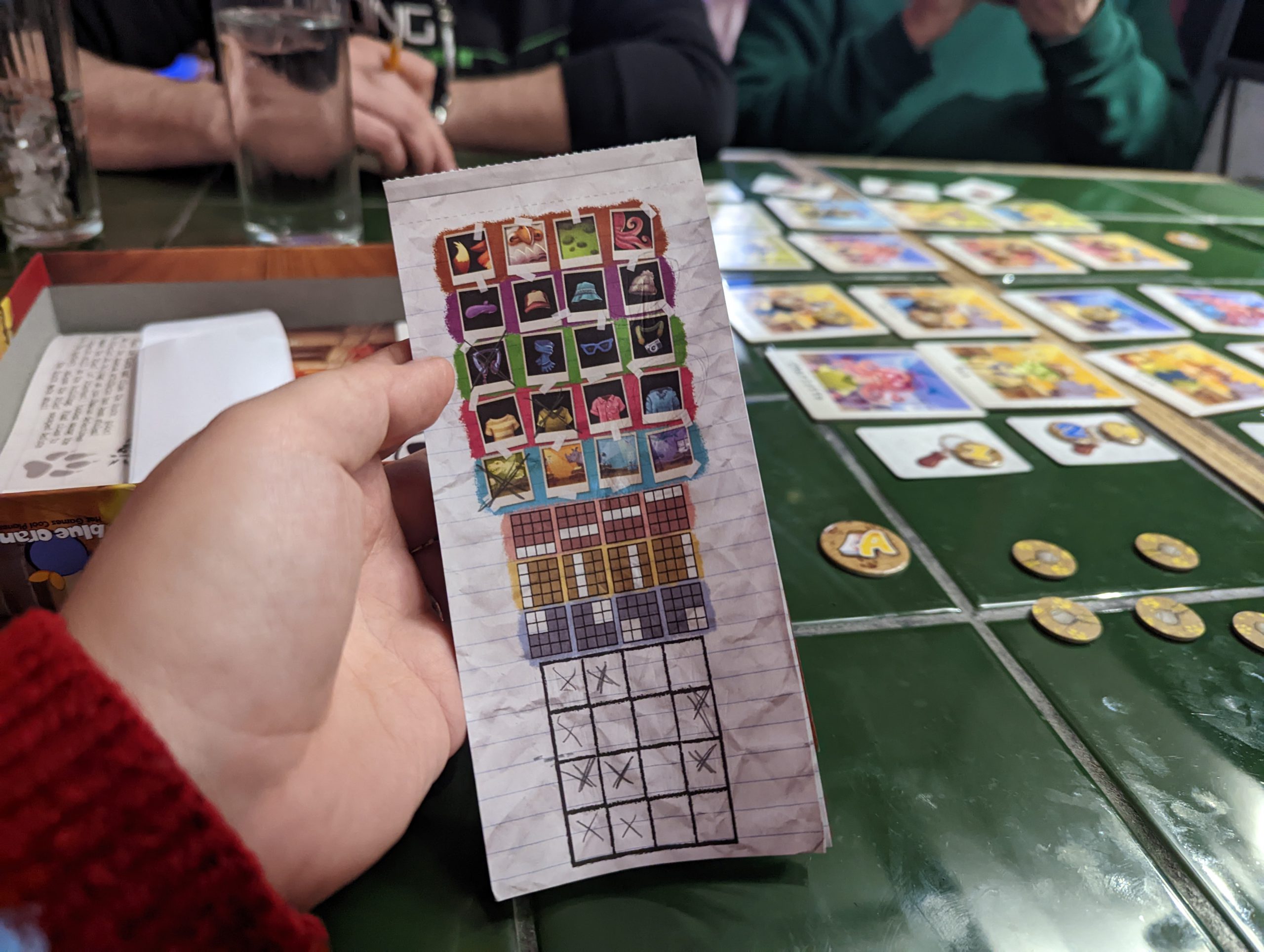 You will also be using the point tokens in Museum Suspects to bid on who you think the criminal is; and on your turn you will need to both bid on a clue and bid on a suspect, even if you really don’t have a clue as to who it is. Your bid on a suspect will be face down, so nobody will be able to easily know how much you have bid there, in order to outbid you.

In Museum Suspects, the suspect might also not be on the board. There is a doorway tile that represents the fact that the suspect might have already left. In which case, if you have bid highest on the door, you will still win. This mechanic seems to be put in the game to balance the randomness of the clue cards and the character cards put out, which is a great idea. 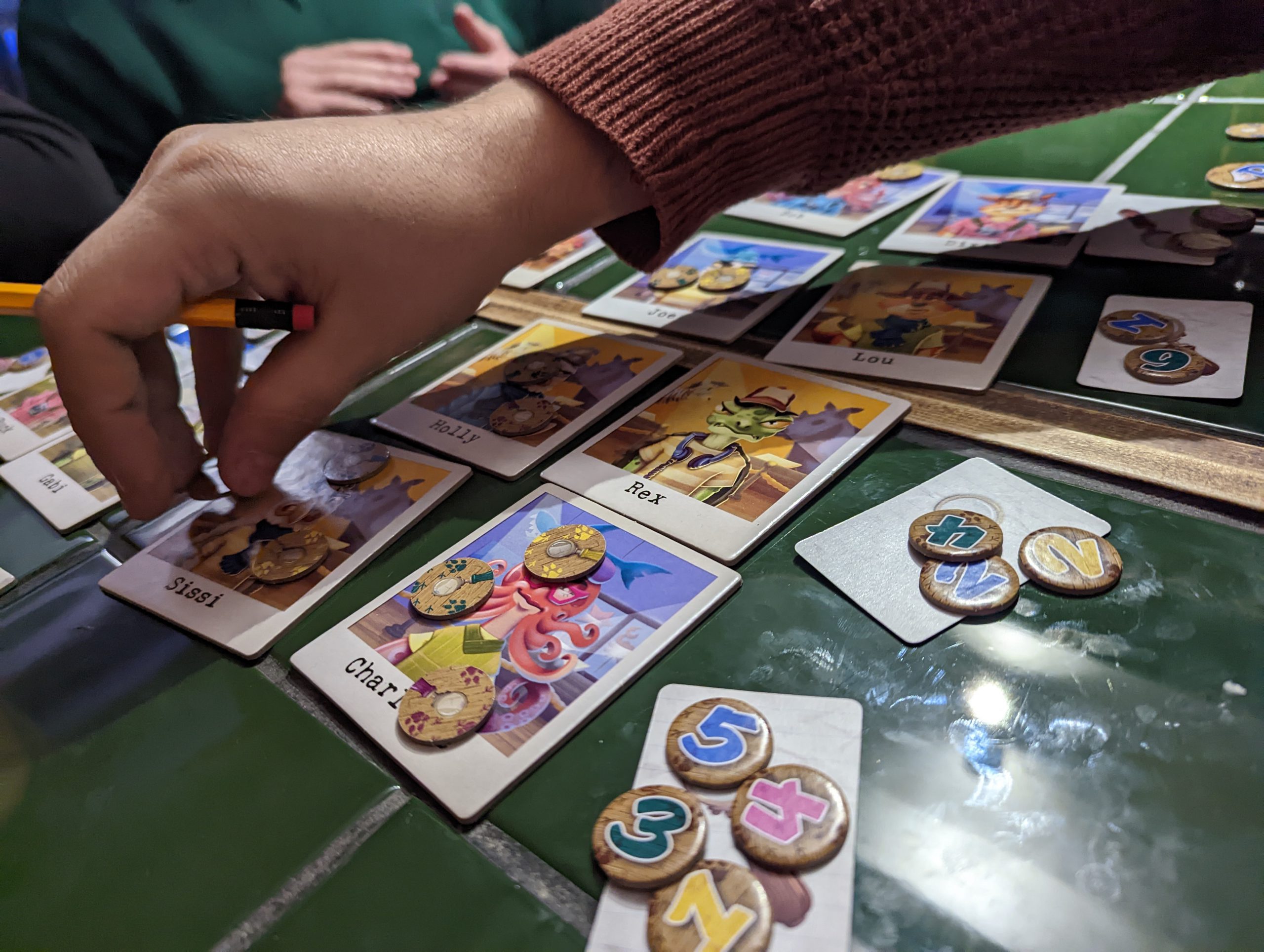 When it comes to solving the crime, watching what other players bid on and seeing what they avoid can help you get a look into what type of clues they may have seen, so you will need to keep an eye on everything. Museum Suspects is a pretty simple game to put up and play, as long as you keep your clues in line and ensure you don’t use up your higher tokens too quickly! I really enjoyed all of the wonderful art in this game too; the characters were very interesting creatures with lots of aspects to them that you needed to keep track of!

You can find Museum Suspects on Amazon.