Shaq Fu: A Legend Reborn Hands on — Bouncing Back

For those who were around and playing games back in the nineties, celebrity and movie tie-in games were a really big thing. Some instances, like Tony Hawks skateboarding, became massive deals, with long-celebrated legacies. Some, however, Street Fighter The Movie (The Game)., Superman 64, and Shaq Fu, were certainly not as well received, instead becoming infamous.

The original Shaq Fu game, unlike Shaq Fu: A Legend Reborn, was a side-on fighter. One which followed the adventures of NBA player Shaquille O’Neal as he fought through another dimension called The Second World as to save a missing by called Nezu from an evil mummy known as Sett Ra.

Launching back in 1994 — for the Mega Drive & SNES — at a time when the genre was popular, the game was met with higher expectations and standards than the developers likely expected. Although most of the complaints about it were related to the speed, or the celebrity shoe-in, the game became infamous as a failed game.

Twenty years later, in 2014, Shaq himself announced that a spiritual successor was to be made, and that it would raise funds through crowdfunding. 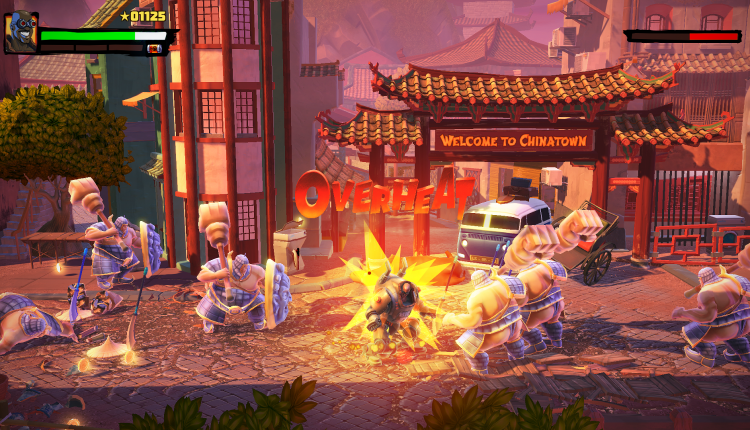 With a controller in my hand, and some reservations due to the previous game, I jumped in to see what the new Shaq Fu: A Legend Reborn could provide. What I can say right now, is that I was not disappointed and wish I could have played more.

Where the previous game was a 2D side-on-fighter, Shaq Fu: A Legend Reborn is a fast-paced, brawler. The sequel sees Shaq travelling around the world fighting celebrities who have been possessed by demons.

The control system is the standard brawler fare, with a few tweaks as to accommodate fighting multiple enemies, and the use of power ups. This is not, however, a simple button bashing game, and even though attack buttons are simple, there is a decent combo system in place. The phrase ‘’easy to pick-up but hard to master’’ is well deserved here. With a correct input, you really do feel as if you are connecting with the enemies, as they fly about the screen, including towards the screen.

This new Streets of Rage style handles smoothly and is very enjoyable. I came in thinking this was like any typical brawler, and that it would be easy enough to breeze through the levels. Not so, you can easily be overwhelmed if you do not keep your wits about you, and I found myself on the wrong end of many a low level enemy by getting over-confident. Speaking of enemies, the single-level demo which I played through featured a decent variety of them.

There’s humour laced through the game as well, references and dialogue blur the lines between mature content with general silliness. This will still be perfectly okay for a younger audience to enjoy, it’s just that they will likely not understand the nuance which an adult would understand.

Now, the build of Shaq Fu: A Legend Reborn which I played while at EGX Rezzed only had a single demo. So, I cannot give you a full analysis of what is being provided with the game. However, what I can say is the game’s opening sequence is well thought out, and laden with a generous smattering of pick-ups. While this is very much in the style of your usual brawler, the developers have tried to innovate by making enemies appear from multiple angles, including from the foreground of the screen. 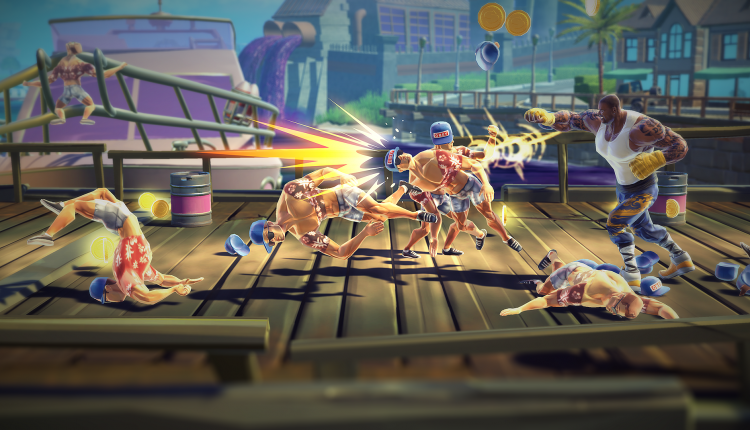 The game’s sounds for me was great — upbeat and punchy — but at the same time nothing too distracting from the main battles. The general voice work was fantastic too, nothing can beat hearing Shaq himself making funny quips while tearing into enemies.

The graphics have an anime-like quality, which really shows during the cut scenes. The visuals are bright and really stand out as one of the game’s strengths. One aspect I was astounded by was the ‘’celebrity bosses likeness’’ for which you do not need to be up to date on current affairs as to see whom they are based on. How they have managed to walk this thin line, highlighting some of the not so flattering visual quirks is intriguing but ultimately very funny and endearing.

For me, comparing this to the original seems pointless, as they are as different as chalk and cheese. The games is fun, fluid, very funny and has style which you won’t soon forget. From what I can tell, this may very well be the game Shaq deserves and if they maintain the quality of that first level then this is definitely one to watch.

Shaq Fu: A Legend Reborn will launch for PC, Nintendo Switch, PS4 & Xbox One later this year. You can find out more about the game on it’s official website.