When I was a child, I loved Scooby-Doo. I didn’t understand why everyone was pretending to be monsters or how they pulled off their disguise to do crimes, nor did I understand really much of what was going on, but I loved Scooby-Doo and the gang. I loved watching them solve spooky mysteries. It was a great time. So, obviously, I was really excited to try Scooby-Doo: Escape from the Haunted Mansion.

Scooby-Doo: Escape from the Haunted Mansion is an interesting game as it can be played with as many players as you want. You can take on the entire challenge as a single player, or play with a huge group of your friends. It’s really up to you, although it’s worth keeping in mind that the game is made for 12 years old and above before you leave anybody playing it. 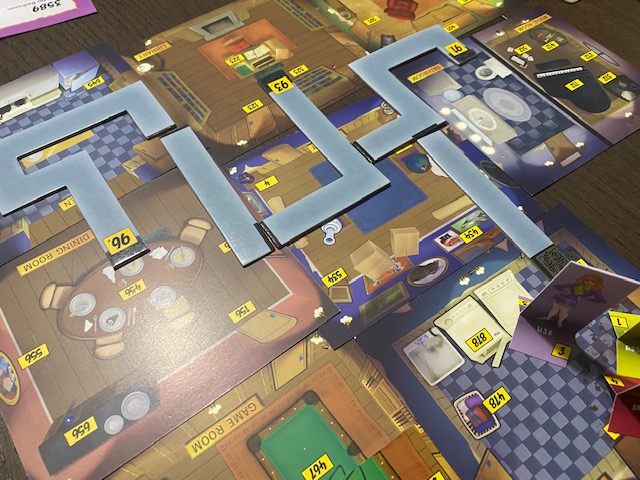 Once you have decided who you are going to play with the game itself is pretty simple. You read an intro explaining that the gang was out and about driving around when The Mystery Machine broke down. You can’t find a garage, but instead end up at a creepy, haunted mansion, and the owner of the mansion won’t be returning until the ghost is dealt with. Sound like a perfect storm? You immediately have your mystery to solve.

To solve the mystery, you will use a different book for each character, interacting with points around the room to find clues. It’s a really fun game,  and I had a ball playing it. At first, you start out playing as one member of the gang, using the number on their character card to link with numbers within the map, to tell you which section in the books to read. Each character in Scooby-Doo: Escape from the Haunted Mansion has a different ability — with Shaggy eating and Velma researching, for example. 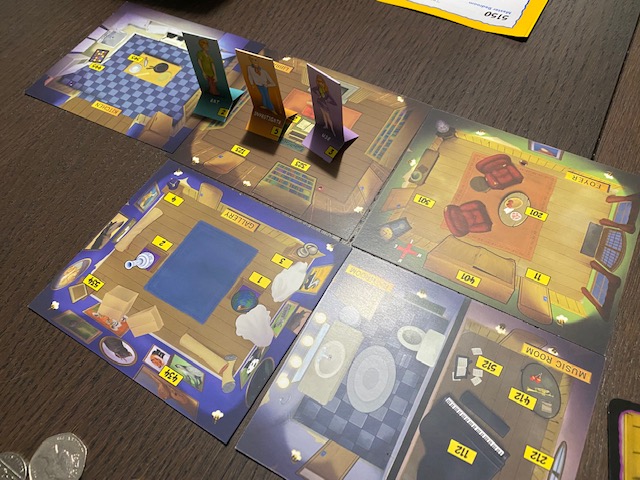 As you use these abilities on objects, you will unlock little puzzles, close-ups of the area, and clues. All of this will help you solve the mystery and find out who the villain is, as well as the reason behind their terror. Scooby-Doo: Escape from the Haunted Mansion does a great job of adding new elements to the board, but it also does a fantastic job of telling you what to pack away and when. You see, there are these little packages of mini-clues and puzzles that need to be packaged back together correctly and used for specific areas of the game — having the instructions tell you when to put items away that have been fully used is just really thoughtful.

Along with this, you can also use a giant envelope to pause the game midway through, packaging it all away just in case you want to take a break, or resume at a later point. This is handy as the game can be pretty long. The instructions also tell you when to take breaks and talk with the whole team, which is important when it comes to knowing that a big decision will need to be made soon. 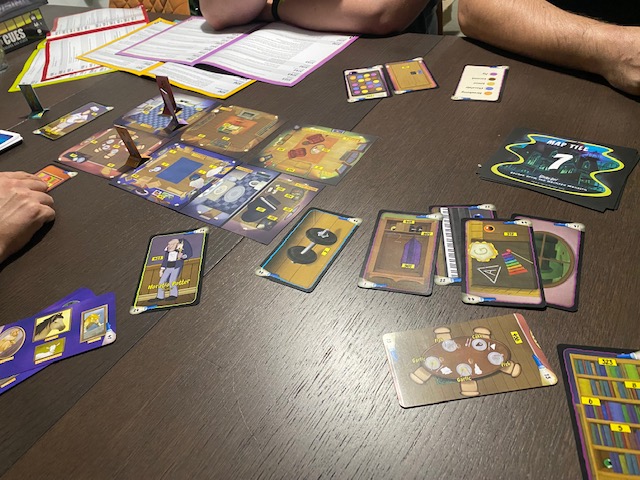 In Scooby-Doo: Escape from the Haunted Mansion, the various bits of dialogue for each of the characters is very well written — both the helpful bits and unhelpful bits — which continues to drive the narrative and tell you what you are looking at. The organisational aspects of the game — the way new rooms are revealed, and the way that the game is designed — is so well thought out, and if you do get stuck then you can actually use a guide located at the back of the instruction book to hint your way through to the next bit, along with a bunch of Scooby Snacks. These Scooby Snacks count as your lives, and if you do a puzzle wrong, you will lose one (to prevent guessing in the game). If you want to use a hint, it will cost a snack, as will making up any missing cards at the end of the first half. 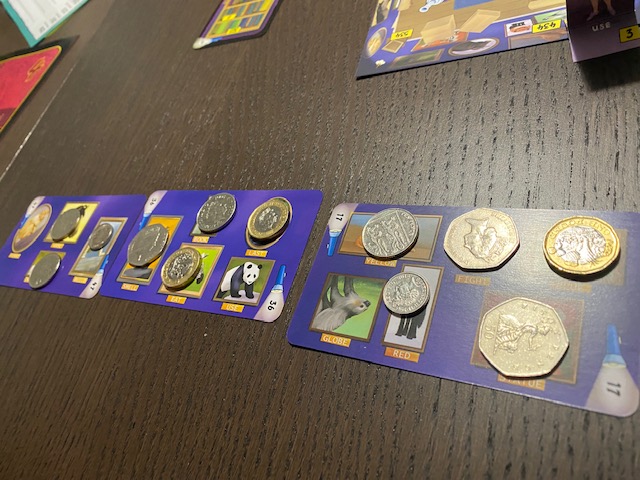 Scooby-Doo: Escape from the Haunted Mansion is a game that you can’t really play again, as there is just one ending, but I would happily grab expansion packs with different outcomes in them and bring out the boardgame again. It was such a fun game to play through, and it took a good few hours to get through it too.

You can get Scooby-Doo: Escape from the Haunted Mansion on Amazon.

Hues and Clues challenges your ability to describe colors

Furry Foodies lets you knock food off the table.