After a total of five seasons, sixteen years, sixty two episodes and two network homes, Genndy Tartakovsky’s story of good vs evil was at an end. Jack had finally managed to return to his own time and vanquish the ultimate evil, Aku. So where does Samurai Jack: Battle Through Time, the latest collaboration between Adult Swim Studios, Tartakovsky and Valhalla Game Studios take our intrepid hero if the story has been told?

To the viewer, the scenery change is a couple of seconds but only depicts Jack & Ashi entering and leaving the time portal. What happens during the time travel event is where Samurai Jack: Battle Through Time takes place. Knocked out of the time stream, Jack arrives in an alternative take on his legendary journey and offers a different lens on it. Everything is familiar but different, Jack must navigate the challenges presented and finish his journey back to that fateful moment in the first/final episode.

The creation of an additional act is not the only challenge Samurai Jack: Battle through Time faces, it’s also one of perspective. Samurai Jack was originally completely two dimensional with its own recognizably unique art style. Valhalla Game Studios have done a great job in creating an entire three dimensional world which blends their talents as developers whilst retaining the art style upon which Jack and company were built.

Jack is also a capable Samurai and as such the need to create a world in which he feels at home to the player but can also freely display his considerable ability with the sword has led to an implementation not too dissimilar to that of another legendary ninja, Ryu Hayabusa. It’s not completely surprising given several members of Valhalla were previously responsible for reviving the Ninja Gaiden series on the original Xbox as a part of Team Ninja. 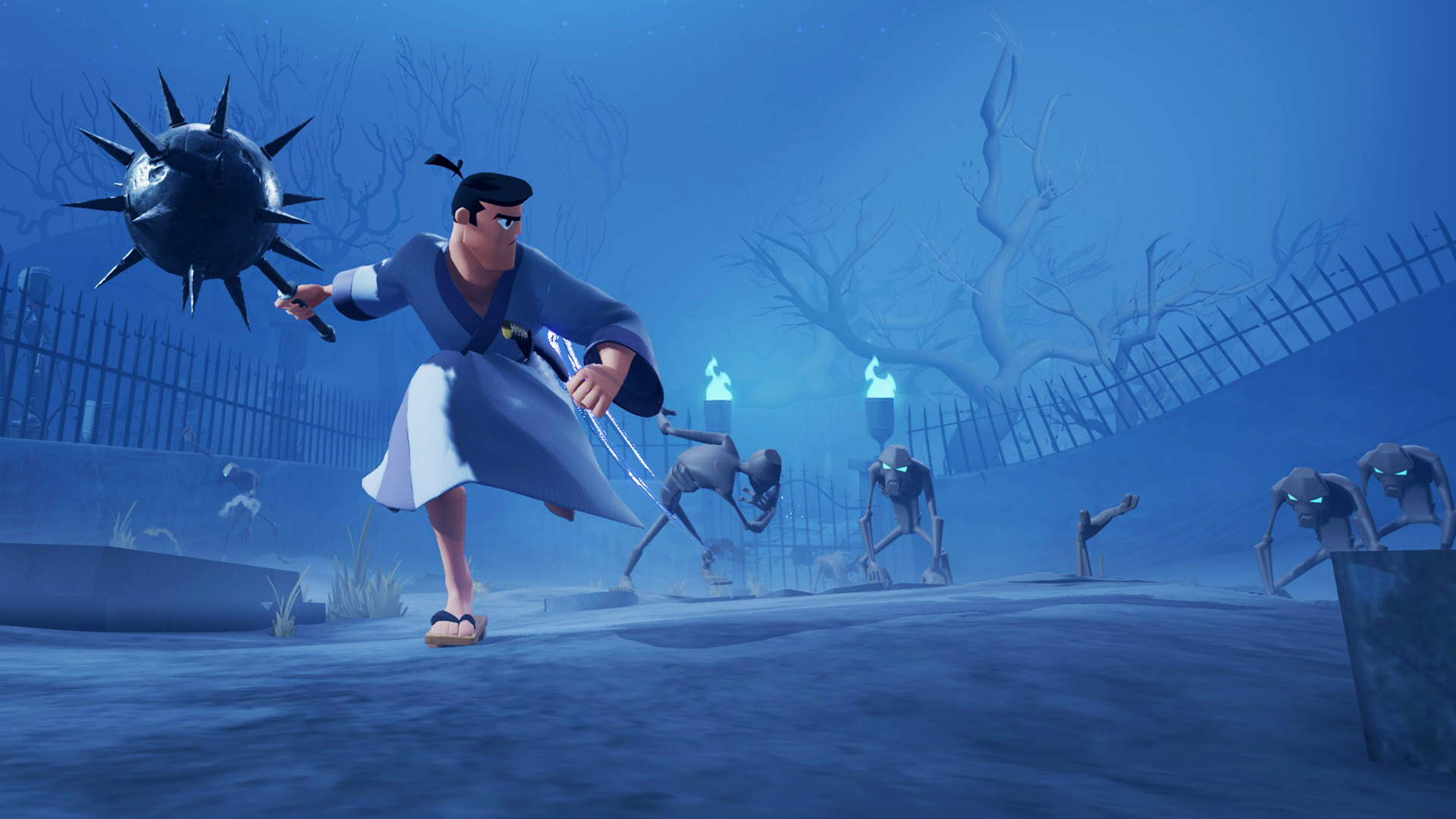 Battling the UndeadThe control set and movements of Jack; whilst not exactly the same; will feel at home to anyone who has played the Ninja Gaiden series and that is a good thing. It’s both smooth and simple to attack and defend but rewards players who experiment with the various skills and weapons on offer. It’s not a cake walk either and some of the difficulty associated with the aforementioned series is on offer here, especially with the boss encounters.

Releasing a cash grab tie in just wasn’t in the minds of the studios responsible for Samurai Jack: Battle Through Time or Jack’s creator Genndy Tartakovsky. It wouldn’t carry half as much interest for Samurai Jack’s devout followers if the original voice cast and the original writing team hadn’t returned to make it as authentic as possible. Whilst everyone turns in an amicable performance, praise to Greg Baldwin who takes the baton from Mako as the enigmatic Aku after Mako passed away in 2006. 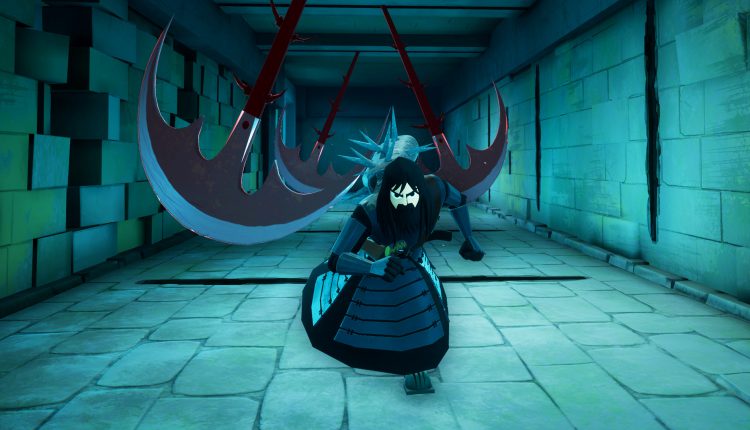 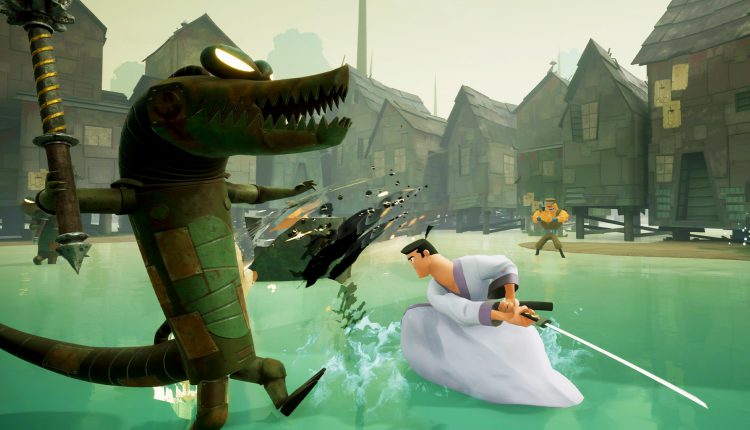 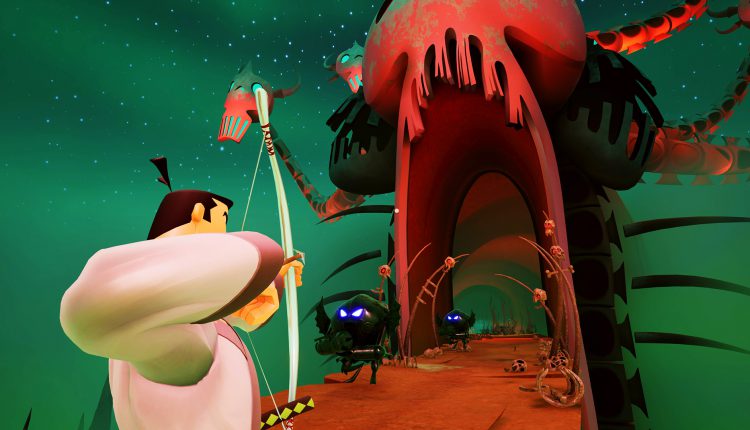 An extension to the overall story delivered with the same passion as the animated series, Samurai Jack: Battle through Time doesn’t need players to be ‘au fait’ with its source material but it definitely rewards players who are. With the characters you love, some difficult battles and a new perspective on a unique art style it’s a decent entry in the legend of the Samurai called Jack that doesn’t rewrite or retcon the original story.

Samurai Jack: Battle through Time is available now on PC, Xbox One & PS4.