Sailing Away in Sailaway

The waves are slapping against the bow, the clouds are overcast, and a storm is oncoming. I have no idea how to sail a ship and I have still taken it upon myself to sail the seas. Poseidon guide me.

Sailaway is a large-in-scale open sea simulator title that runs online, with ventures apparently – according to the games information – taking place with unparalleled accuracy and players taking months to cross real oceans in real time. The game also features online play with strangers or friends sailing with or alongside you. The thing is though, is it too realistic?

When I first caught wind of the title I ran a news piece on it, feeling like it was just another simulator, but as I wrote up more and more about it, I found myself liking the sound of it; I saw the trailer and was in awe at the water textures, the suns lens flare, and the weather effects that were being shown,  it looked well made, and captivating. However those feelings were kind of numbed when I booted the game up.

The game initially launched windowed, and for some reason I was unable to go straight to a menu to full-screen it. Then I had to sign up to the game with an email, the reason why is explained shortly, and then it drops you into a tutorial. The tutorial runs you through the basics on steering and camera controls, and as standard you’re assigned the difficulty that basically only requires you to steer the boat. Higher difficulties allow you to take more control over the boat in regards to tugging at ropes and such.

The way the boat moves is fairly fluid, with you being able to almost experience the waves as they pass, but the turning of the boat didn’t feel like it was struggling against currents, and waves, it’s either locked central or smoothly steered left or right. There are various viewpoints you can move to on board, and it’s done either by pointing and clicking the view area to float over to said area, or you can cycle through them all with the Page Up and Page Down keys. Particular handy if you don’t wish to click and drag to move the camera to where the icon is.

The seas move fluidly, with flowing animations that don’t break up into tiled animations that have look like they have been copied and pasted next to each other, you know the ones that I mean? The ones where you can see the edge of the texture map? No worries on that happening in this, the sea looks fantastic. The animations of the ropes being tugged and the steering are all smooth, however the sails move with lag, which gives you a worrying mindset of your Internet connection being terrible when in fact it’s just the sail animation. That does bring me to the online mode though, because the game is online. There are other players sailing the seas, the chat box is lively with players talking about their ventures they’re on, but then the tips that the game hands to you through the chat box ensures that messages are lost in a flood.

Other graphical areas seem to look nice, and high in quality, but the shading is a bit weak, and the sun and the lens flare is terrible. You can see the glow around the sun not matching the centre of the sun, and you can also see the suns glow through landscapes. Understandably though, the game is still in development, so things like that, I will let slide.

The reason you sign up with an email isn’t because you then have an account with the game where friend requests can be sent, etc. It’s because the game will send you email updates to allow you to keep updated on your ships location, status, and more while the game is turned off. Yep, you read that right, your boat is still sailing the sea while you’re not in the game. There are several options to choose from for when you’re not playing the game. You can either tell the game to stop sailing while you’re offline, meaning that you won’t get any updates. Navigation only. Navigation and sheet adjusts, or navigation, sheet adjustments, sail adjustments…everything basically. I didn’t realise the game sent you email updates until a few hours after trying out the game and I got an email saying,

It will wait at the current position until you log in and change it’s course.

The next bunch of emails after that were a lot more daunting and confusing. Take a look at this.

Now see, to me that makes no sense whatsoever. This is a prime example of how realistic and in tune with real nautical themes the game is, in fact, I’d say that this title is certainly designed for hardcore simulator fans, or maybe even stretching to those wanting to learn about sailing. I didn’t have much hands on time with it as the game is, as already stated, a very big game. I also never got to see another player because of the time it takes to get to a populated area, and the one boat I was sailing I found the settings to change boat, not realising that it respawns you somewhere else. 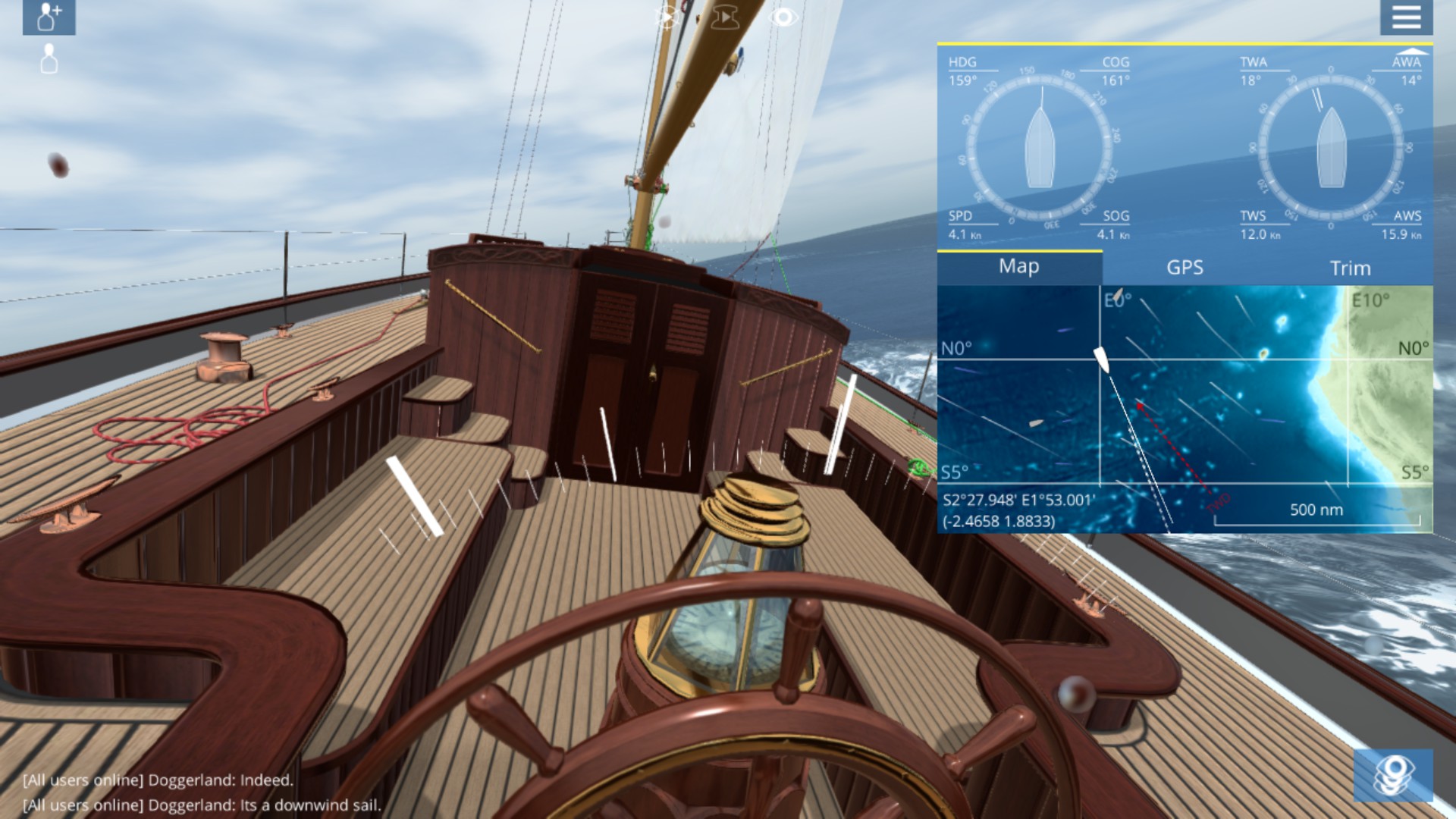 It’s a good game, don’t get me wrong, and while I enjoy simulator titles sometimes, this one was certainly one of the more in-depth ones, with incredible attention.