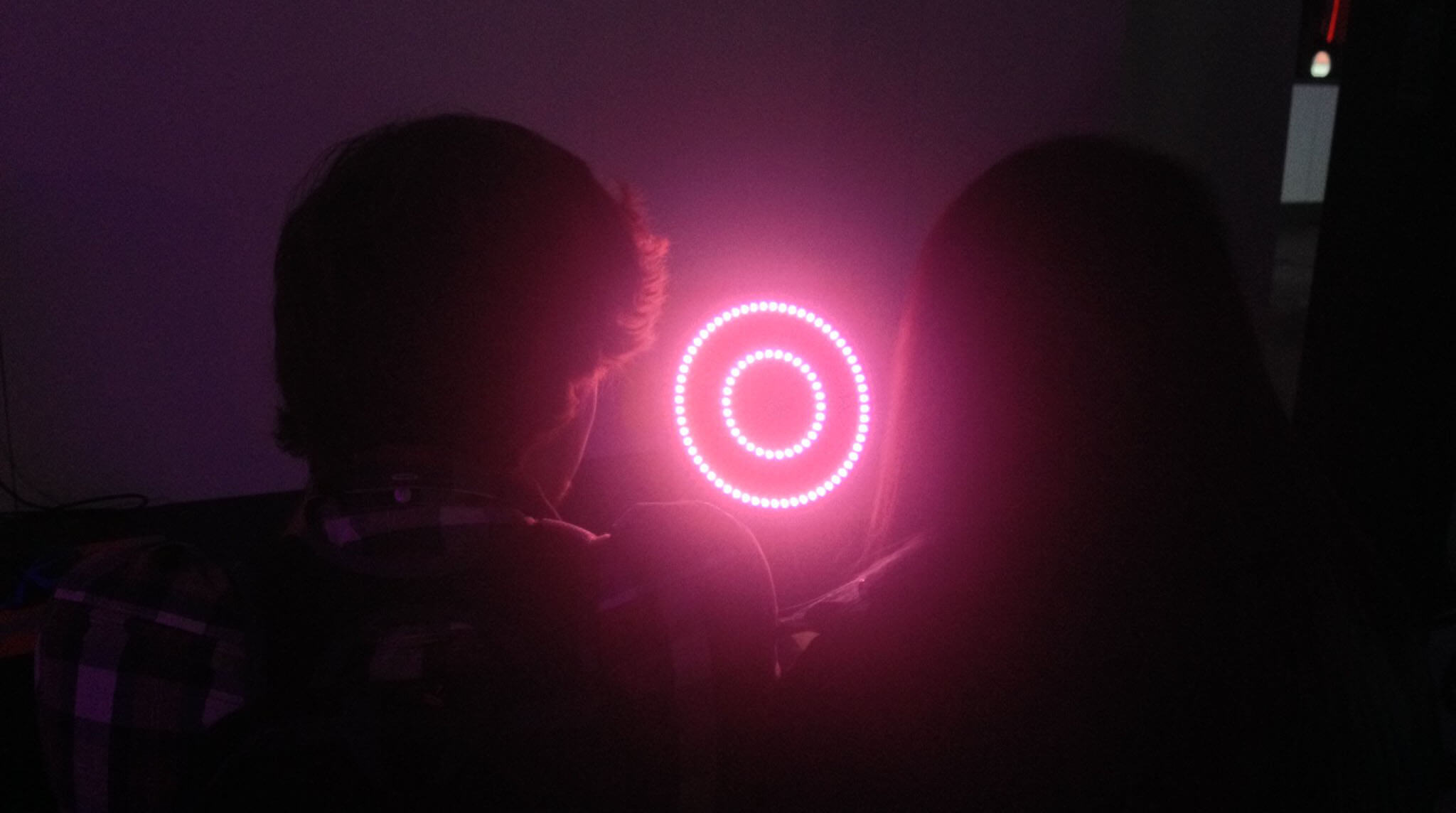 RotoRing surprised me on my first day at EGX: I had explored most of the convention space which the show was set to occupy for the next four days, and had plotted a mental map of where the games I’d spied on my quick tour were for later shoving-people-off-and-playing. The last part of my tour was to take a peek at one of my favourite features of every EGX and Rezzed: the Leftfield Collection.

A corridor-like dedicated space in EGX’s chaotic domain where the experimental and weird games go, it is a required exploration for every visit. It has held some of my favourite games of previous shows, lurking around in between games which can only really be called “experiences”: often fun, innovative and different; and often confusing, bizarre and off-putting. These games can range from explorations of alternative controller inputs such as Vaccination and unconventional puzzlers like TV Trouble, to games which give you an underlying feeling of discomfort and confusion like Astronaut: The Best or disbelief as to how it even got accepted to appear at EGX (looking at you, Man or Goat).

My expectations for this years Collection was set at “amiably confused”, so I was delighted to have my attention immediately drawn to two circles of light perched on the end of the Collection, casting a soft glow of nostalgia in the semi-darkness of the convention hall, reminiscent of seaside arcades in the late 90s with equivalent sound effects to boot.

I hate to draw the comparison – as every game should be judged in its own right and I feel the “it is like X” statements cheapen the effort and work put into creating the product – but undeniably my first thought when approaching the LED rings was “is this a new Line Wobbler game?” (sorry Gregory). It is not, but perhaps unavoidably it shares a lot of common ground with the popular one-dimensional dungeon crawler: the game is played via a non-conventional controller (a wonderful rotary dial in this case, complete with satisfying clicks as you turn), is presented via strips of LEDs, and has retro synth sounds from early arcades. But that is where it ends.

RotoRing presents you with two circles of lights, the aforementioned rotary dial to navigate around the LEDs, and a button to jump from one circle to the other. The objective is to move the single white light to the one unlit LED whilst avoiding red lights; which sounds simple in theory. Well designed, each level aims to gently introduce you to the concepts of moving, jumping and avoiding the glowing red death, whilst gradually ramping up the difficulty. The red lights which were static before now start moving, and puzzle-elements are introduced where moving along the inner ring causes the outer ring to spin requiring some thought, timing and squinting at the relative positions of lights and hoping that jumping won’t cause the screen to flood red and a sound not unlike Pacman chomping on the frightened soul of Binky to announce your failure.

I was enthralled, my eyes soaking in the bright lights and neon sounds like I was nine years old again at one of the money-sink arcades on the Yarmouth sea front, hoping that I could enjoy this moment for as long as possible. The satisfying clicks and clunks as you turn the dial are married with the bleeps as your one-dimensional avatar traverses the ringed puzzle, each level completion flooding your vision with white light and victorious sound.

Suddenly, to my momentary confusion and rude ejection back into the convention hall, I completed the game. I had managed to play through the game in just under five minutes, but it felt much longer: much like the 5 minutes extra you get when you mash your snooze button in the morning, time seemed to stretch whilst playing RotoRing.

I scribbled some notes down in my notepad, got the developer’s name, and started wandering down the remainder of the Leftfield Collection. It didn’t matter what I played or how far down the collection I went, I could still hear the sounds of dozens of people succeeding and failing, and I kept glancing back; seeing all the faces lit up by the bright LED circles, each expression a variation of the awe and joy of a child in an arcade.

It seems a bit over the top to describe a couple of LED circles in such a poetic and nostalgic way, but despite the budgets, art and craftsmanship of all the other games at EGX, I kept finding myself drifting back to RotoRing for another play through, another chance to relive the moment, another chance to experience it all over again.

RotoRing is created by Gregory Kogos (@aronegal), and is available for single build purchase starting at €500 (you can contact Gregory via Twitter for more information)

About the game:
Developer: Gregory Kogos‏ (@aronegal)
Price: Starts at €500
For a custom arcade cabinet to stick it in, check out We Throw Switches

Falling Sky Hands On — Suspense and Foreboding in the Suburbs