It’s no small thing being asked to produce a digital adaptation of one of the most popular new board games of the last few years, but Dire Wolf Digital (who previously gave us the excellent Raiders of the North Sea) have really gone to town on Cole Wehrle’s exceptional Root.

I first got my hands on the physical version of Root back in 2018 and it rapidly became one of the most played and revered games in my collection, with players of all skill levels and preferences keen to get on the hype train. Playing Root in person is a well known trauma, however, especially for the person who owns it. 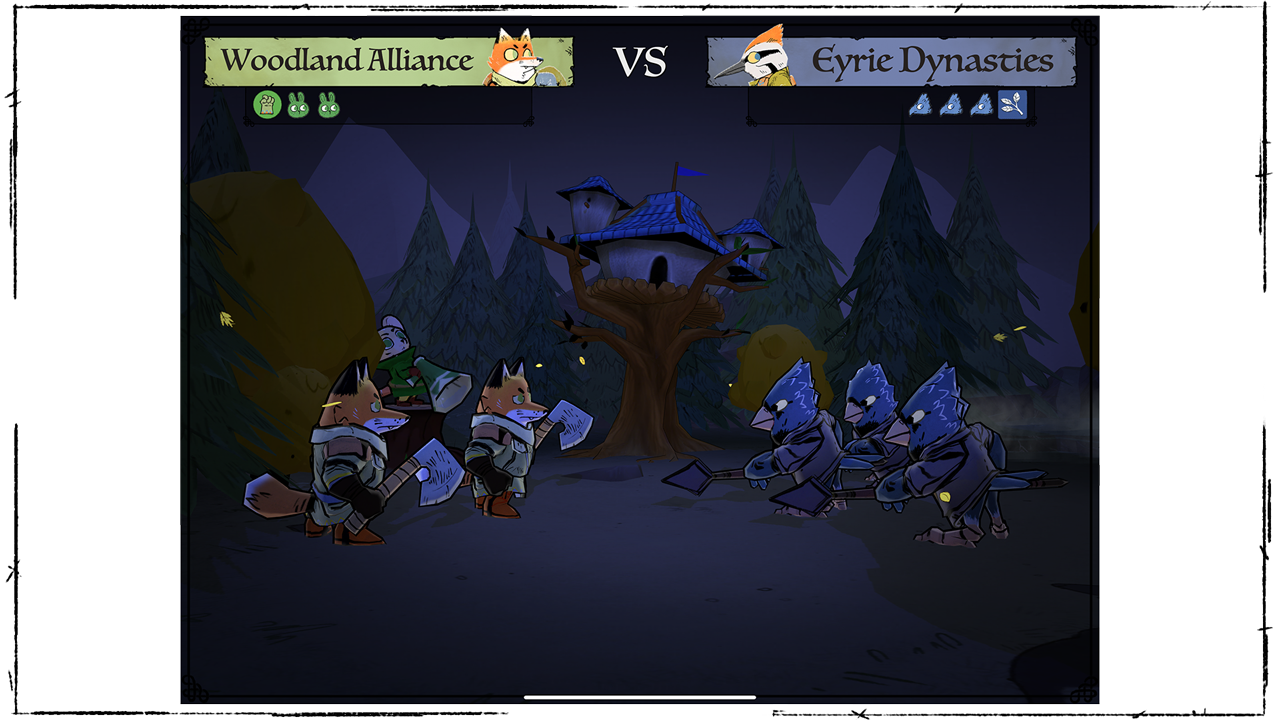 In the base game alone, the player may need to teach up to four entirely different sets of rules based on the completely asymmetrical nature of the Woodland Alliance, the Marquis de Cat, the Eyrie and the Vagabond. Add expansions into the mix and the complexity level and sheer potential for variation goes through the roof, both in terms of teaching and game balance.

In my own household, this has resulted in few games of Root being played since those halcyon days back in early 2019 simply because I am both too lazy and too cowardly to get the game out every week. Obviously now that we’re all riding out the 2020 apocalypse, a game this big and complicated is even less likely to see the light of day. 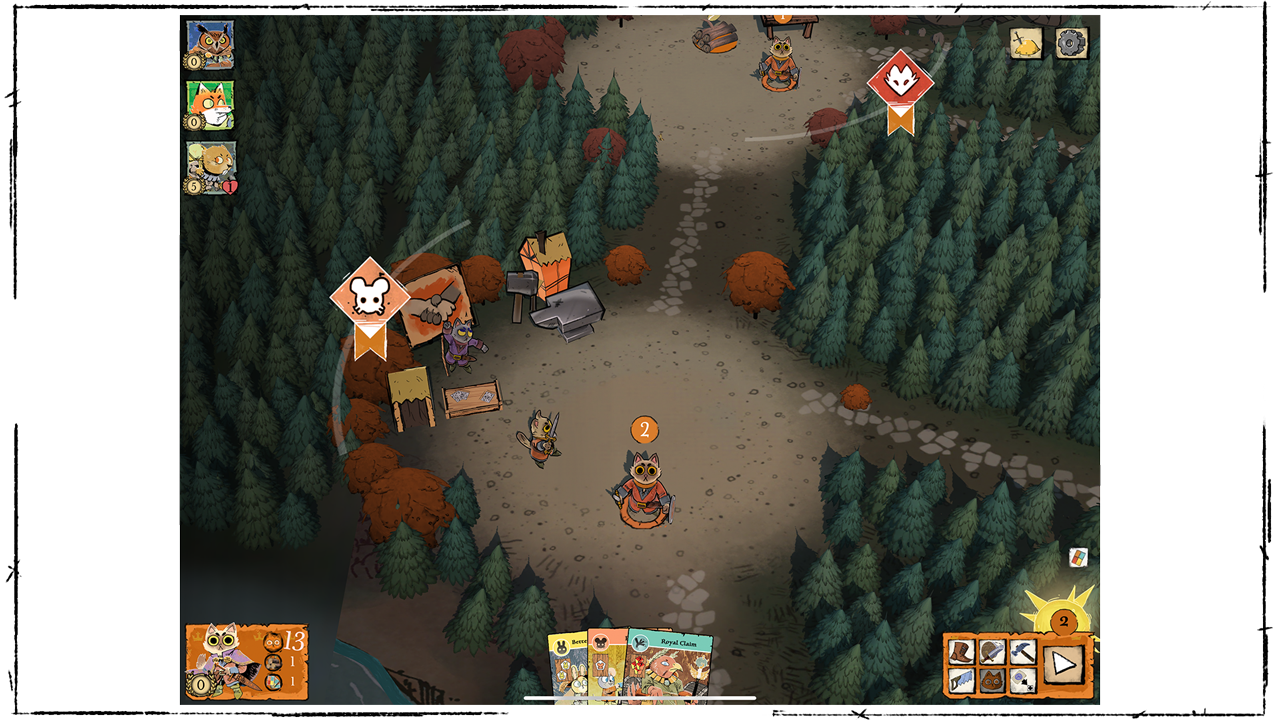 All of this preamble leads me to a conclusion that Dire Wolf Digital and Leder Games clearly reached a long time ago — which is that Root needs a digital adaptation more than most games. Even if this only acts as a teaching aid and a means for players to gain familiarity with the different factions, it’s a job exceptionally well done, even by Dire Wolf’s standards.

Root, the video game, is fantastic. It does a lot really, really well — including looking fantastic and really capturing the “spirit” of the characters in Root through music, sound effects and animation, but most importantly in the way it plays. Somehow, Dire Wolf has managed to take a game that is hugely complex and variable and make it feel simple. I cannot fathom how, but somehow, they have. 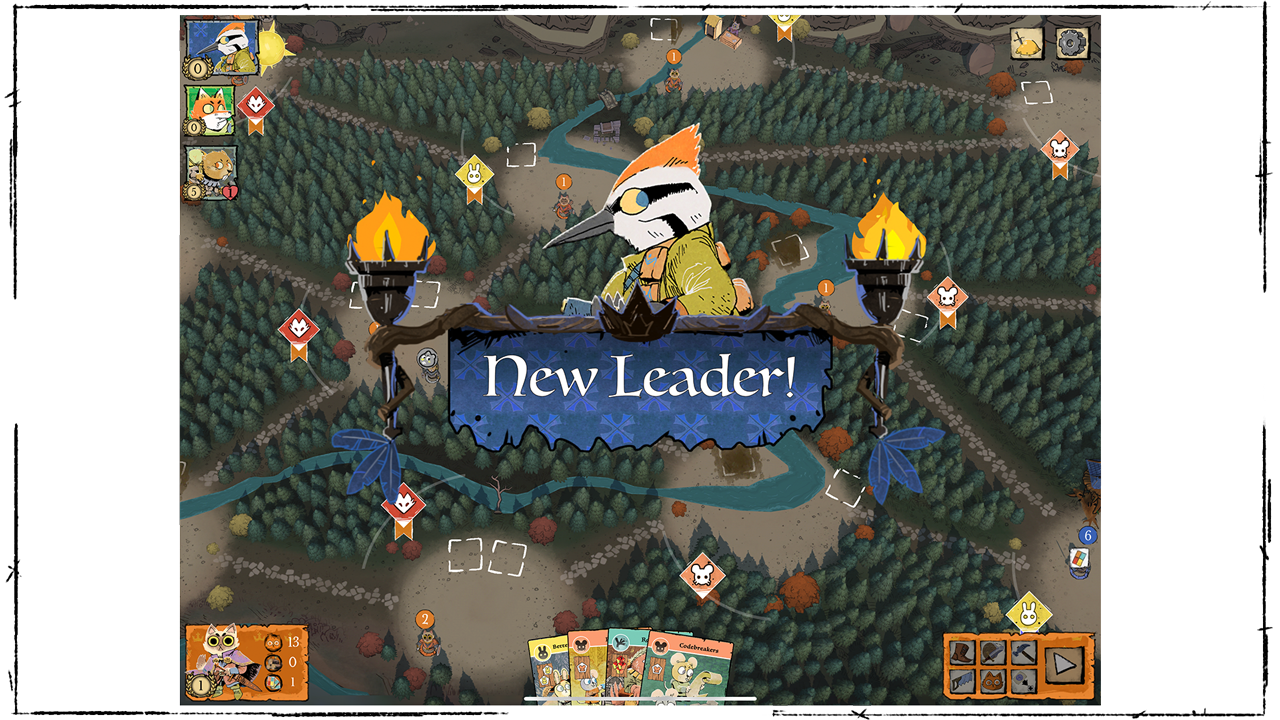 This might be partly because of the level of automation on offer here. A lot of what confuses new players in the physical game is the different phases of play, alongside some of the upkeep and scoring. Clearly, these things happen within the structure of the digital game on their own, and that probably halves the time each turn would normally take — but it does also mean you need to remember to check on your progress manually, from time to time!

A really well done Tutorial helps both new players to learn the core concepts and rules, as well as introducing the digital specific elements to players who are familiar with the original game. For both, this is time well spent, and if nothing else, it shows the level of care and attention that has been lavished on this adaption, since I don’t feel like I’ve seen such in-depth tutorials in many digital board games in the past. 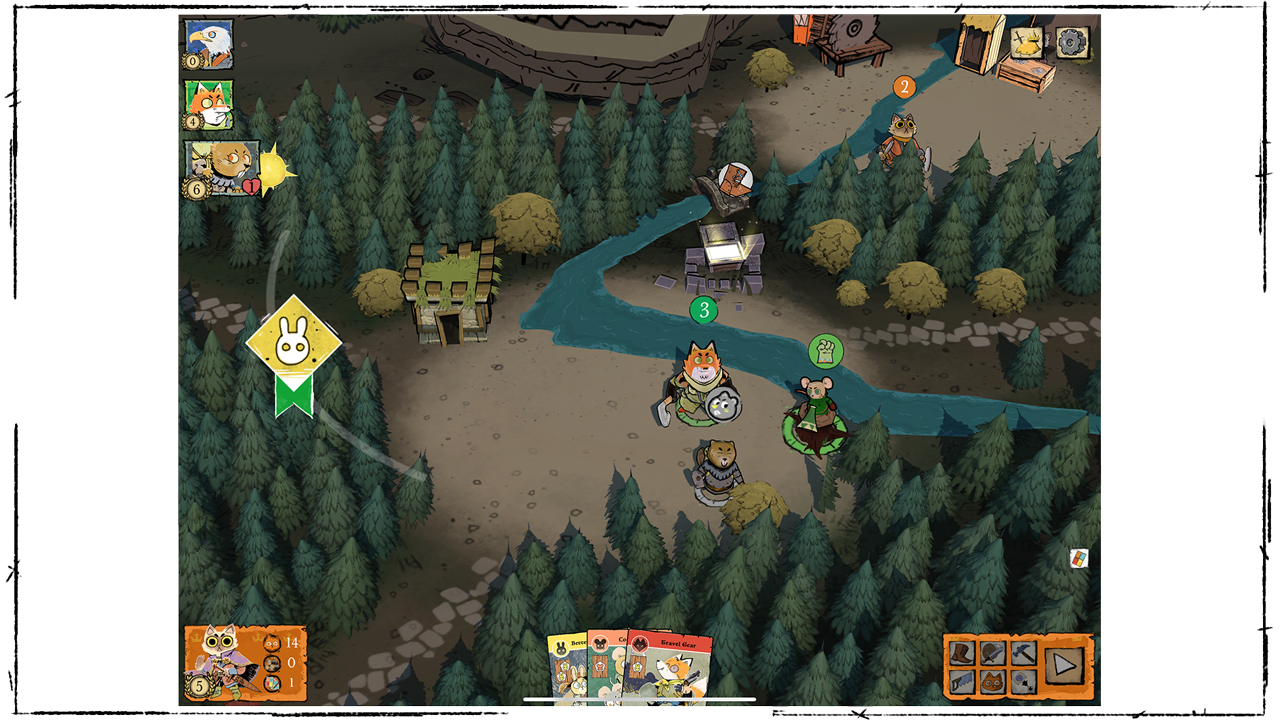 Solo mode includes both matches against the AI (in any combination of factions) and a number of challenges that place restrictions on the way the player can win. Either of these modes is perfectly suited to improving your overall skill level, but as always, you’ll eventually find that the AI becomes predictable enough to beat — especially for veterans of the physical game. Online play is clearly where the long term replay value can be found, and I can confirm I’ve never had a problem in finding someone online to absolutely thrash me so far.

The digital version of Root serves multiple functions, for me, as a cheap and accessible way for new players to try the game, as a tool for improving the skills of more experienced players and allowing them access to new players. It is also an excellent replacement for physical play during the rather limiting year that is 2020 to date. I’m hopeful that the next time I play Root in real life, this digital version will have made me a much better player, and that’s never a bad thing to hope for.

Root is currently out on Steam, Android and iOS – coming soon to Nintendo Switch.