One thing is clear in The Infectious Madness of Doctor Dekker, Therapy isn’t easy!

Full motion video games hold a very special place in my heart. From the critically acclaimed Her Story to my personal favorite, Contradiction – Spot the Liar. FMV games are an area developers rarely dare to venture. It takes quite a bit of skill and ambition. Not only do you have to create a game that a player can sink their teeth into but you also have to be able to direct, shoot, and write out an entire movies worth of scenes and dialogue.

Needless to say its a daunting feat. So when I heard about The Infectious Madness of Doctor Dekker, I knew I had to get my hands on this game. One part mystery, and two parts super natural mind screw, Doctor Dekker puts you in the role of a therapist after the grisly murder of the former Doctor. The only suspects are the patients. You are free to ask any question to your patient, but as you peel back the layers, things get more Lovecraftian the deeper you go. 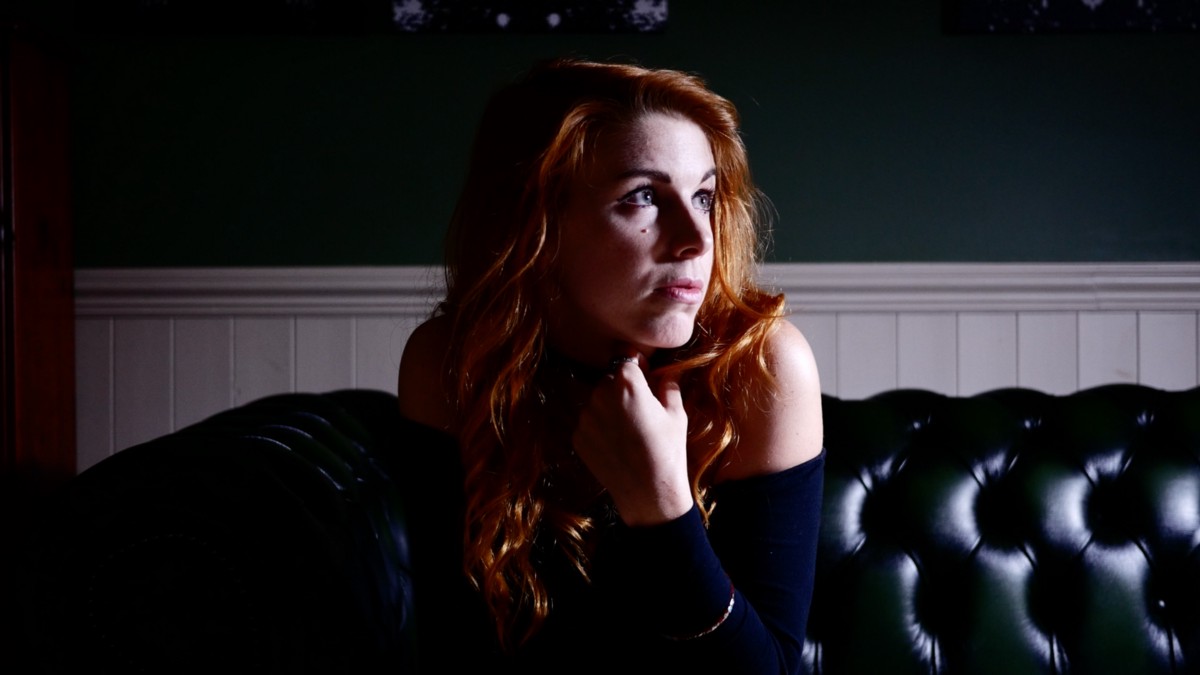 The Infectious Madness of Doctor Dekker lives or dies based on the performance of its actors. They are the soul of this game and primary focus. Now you may think game mechanics are more important, but no matter how well they are programmed or presented, if I can’t believe or buy into the themes presented by the actors, then the rest falls apart.

Those with an inquisitive nature are bound to do well as you delve into the mind of your patients.

If you have ever played a game with dialogue, then you know there are times where the main hero says something completely stupid or not exactly what you had in mind. You wish you could insert your own words or questions and represent yourself. In The Infectious Madness of Doctor Dekker, you can do that to a great degree. 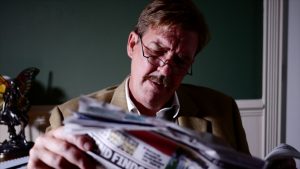 Playing the role of a therapist allows a great amount of freedom in dialogue. Simple questions you thought that were unimportant, like, “How are you?” are paths to unravelling a whole thread of thoughts and dialogue. I would honestly love to see an ACTUAL therapist play this game. Keeping yourself in the mindset of impartial and listening actively is key.

There are several curve balls thrown your way though, this is a mystery after all. Often times you are asked questions by your patients. This can deeply impact their mental health or your relationship with them. Examples include a rather over amorous attractive patient or one that wants you to call the police on their behalf because they believe their neighbor was murdered. These moments really allow you to define your character. Do you follow the moral path or dive into the madness yourself? Multiple endings are possible which adds even more possibilities.

“There is nothing more deceptive than an obvious fact.” ― Arthur Conan Doyle

Now sadly, I am no Sherlock Holmes. The only way to progress in the game is ask enough questions to your patients in order to progress to the next day. After your initial cadre of opening questions this begins to feel like a keyword search more than anything else. In my case, I went from full sentences to just typing random words that I hadn’t before.

The user interface is simple and keeps track of all your questions, successful responses, clues, and your notes. You spend a vast majority of your time staring at successful responses. Why? Every time you ask a question that the game feels is already answered it takes you to that screen. It seems like there is a way certain questions must be phrased for them to be recognized. It’s not often, but if you want to get your patients down to a green status then it can become extremely difficult. 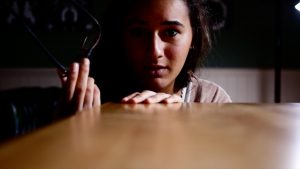 Just to clarify, on the patients screen there is dot next to their name. Red means ask questions, yellow means enough has been asked to move along, green means you asked everything for that day. As I moved along from patient to patient, there are times I felt like a monkey pounding away at my keyboard and expecting results. To combat this, there is the Hint system, my savior and what prevented me from going insane. If you find yourself lost then you simply type in “hint” and it more or less gives you a question or points out something you may have missed. This itself isn’t fool proof either mind you, but is enough to get you through most situations.

At the end of day, I was more interested in the story and less on the challenge of questions. I grew very tired of the many, “No or I don’t understand” responses. Making sure I could get a hint fairly quickly, I found myself having a better time for it. I would suggest the same for most players. The fun for me in this game was picking up clues and unravelling the murder. Which is where I appreciated things like my notes. I felt like a true detective sleuth as patients would confess seeing other patients at different times. 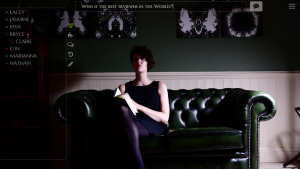 Let’s talk about the super natural shall we? The story is the main treat of The Infectious Madness of Doctor Dekker. I don’t want to get super spoilery but things can and do get weird. The patients of Doctor Dekker all suffer from unusual symptoms but all have a firm basis in reality.

From the man who believes there is twenty five hours in a day, to the nurse called the Angel of Death, I was vastly impressed in the way that despite the obvious fictitious tones, the game managed to keep things grounded in reality and real mental health issues. Obviously, there are some characters that go a bit above and beyond, but I felt often times I could relate in some way to these characters.

My wife worked in many nursing homes and I heard many times the way patients were treated less than human. So when Elin came around and described her caring deeply for her patients and trying to help them live to the fullest, I understood where she came from. Anybody working a nine to five can relate to Nathan who believes he relives the same day over and over. These characters are vastly complex the same way real people are.

The writing is something I loved and it really does a good job of drawing you into caring for these people. Despite the fact that Cthulu may be involved and one of them is a murderer. Yes there is a super natural tone and it is present throughout all of the game but the actors sell the characters very well as real people.

My point is that I don’t usually have to say this kind of stuff, but kudos to directing and writing team behind The Infectious Madness of Doctor Dekker. The cinematography is well done and lets the actors shine.

The rest lines up okay when it comes to being an actual game.

The music is creepy in Doctor Dekker and keeps things moving along nicely. While there are times it is quite faint, it keeps things mysterious and never draws too much attention to itself. My only issue is that it tends to get repetitive. Not a big deal as it rarely becomes noticeable. I wish there was some menu music as well. I think more could’ve definitely been done to amp up the musical aspect to the game. 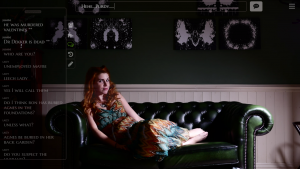 The menus are lacking in personality sadly, but again most of the focus is on the performances and keeping track of clues. These are just little things that could’ve added up to a more pleasant experience. There are times it felt a bit like a mobile game, take that as you will.

One area The Infectious Madness of Doctor Dekker shines is on overall content and replay value. I have played the game for a quite a while and felt there was tons more to discover. This is not a short game in the least. Given the fact that the murderer can be randomized, this gives it an extensive amount of replay with different endings. Remember that you can take your patients down different paths, so re-discovering their mental issues isn’t always a drag. Maybe decide to take up Marianna on that date?

Looks like our time is up for this session.

The Infectious Madness of Doctor Dekker is a unique game. This is obviously far from the norm of most games. If you enjoy story driven content, mysteries and film making then you will enjoy this game. I want FMV games to stick around, I think they offer something that most games can’t. A real human experience. Until graphics get way more advanced at least.

As far as innovation, Doctor Dekker does try new things and can be quite intuitive. Then there are times you will use the hint system twenty times in a row. Your experience will vary. The beautiful part is that to experience The Infectious Madness of Doctor Dekker, one need not dig far into their pocket. Coming in at a low $8.99/£6.99 you are going to get plenty of bang for your buck and get value. I recommend this game easily to fans of FMV games or of mysteries in general.

Just try to not to go insane yourself while playing, okay?