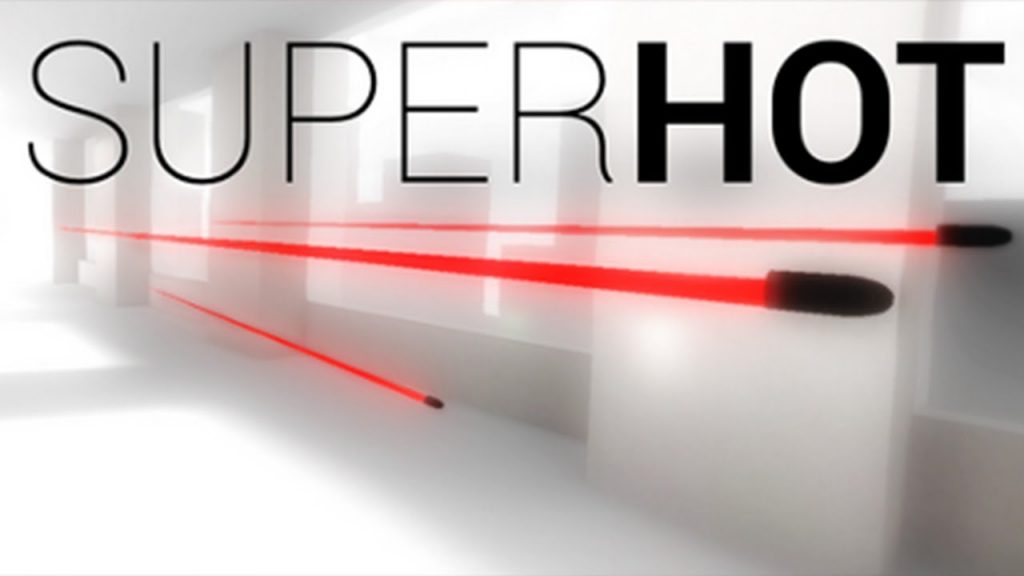 Superhot is the kind of game that provides reviewers with an easy, ready made lead in. It invites us to say things like “Superhot is the kind of once in a lifetime shooter that….” or “Never before have I seen a game like Superhot…” The problem is, I have seen a game like Superhot before, and it isn’t once in a lifetime thing. The problem is, that the PS4 version of Superhot which I’m reviewing here today is a re-release of the Xbox One and PC game that launched in February of 2016. Unfortunately, a quote like “Superhot is the best game since the exclusivity agreement for Superhot ended” doesn’t have quite the same ring to it.

Anyway, enough of that nonsense. Let’s try and focus. PS4 owners do have a critical advantage here, in the fact that above all over gamers, they have the unique and unflinching ability to pretend that no other console exists. “Not bad this Superhot is it?” “Yeah, yeah, it’s good mate – I played it on Xbox One last year.” “No you didn’t pal, it’s a PS4 Pro exclusive. It’s 4K and 90 FPS! The Xbox One can’t handle it!” You know how that kind of conversation goes. Don’t get me started on Sonic vs Mario. I mean, there was only ever going to be one winner, right? 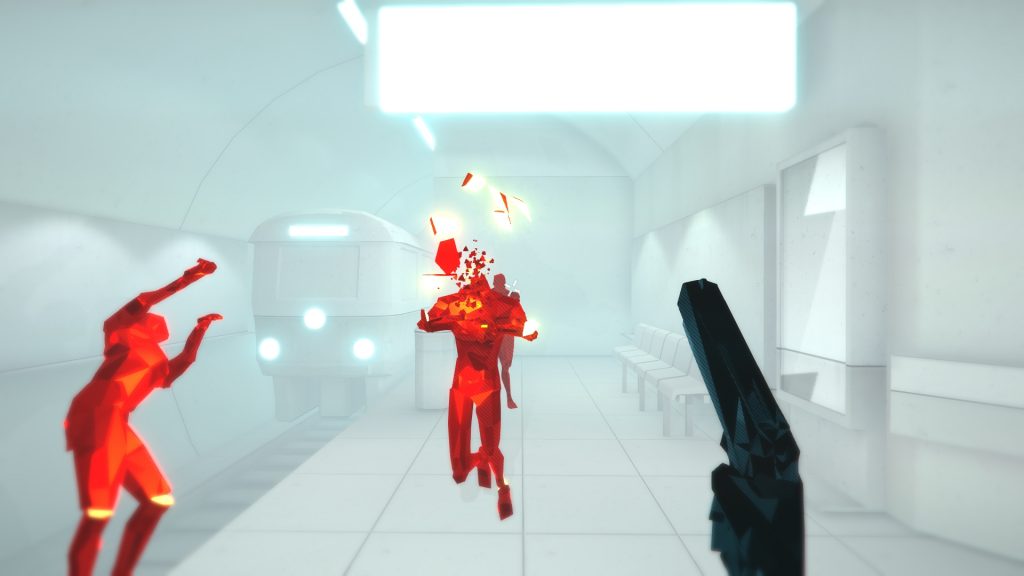 So if you are indeed a PS4 player reading this, then all the evidence I’ve ever seen suggests that you will have absolutely no idea that Superhot has been out for a while. That means that with all this absolute bollocks behind me, I’m going to save myself an overly long and perhaps unnecessary introduction and just get right on with describing the game and what you do in it. Basically, Superhot is a first person shooter, except that it isn’t. It’s a puzzle game. It’s also a supremely hipster kind of thing that doesn’t care if you play it or not. You can just hang out in the menus if you like, pretending to be a hacker and playing some of the many Easter-Egg style games buried therein. It’s the kind of game that was made just so that people will make speed run videos about completing those mini games.

Full disclosure, I hate that kind of nonsense, except in Superhot where I love it. I love it because it isn’t a half-hearted affair that gives you just a little extra, hidden in some obscure menu. Instead, from the very first screen, Superhot is presented as a fully immersive experiment, coupled with its own hacking scene, all of which lives inside a series of MS-DOS (or ZX Spectrum if you can remember it) style menus. I think I messed around with this metagame for something like half an hour before I even booted up the proper game. Seriously, when a game tries so hard to immerse me on multiple fronts like this, I find it so much more difficult to put down. But wait… Is it trying to immerse me? Is it a game at all? Exactly. That’s why I like it.

But the pictures you’re looking at on this page won’t show you those menus. And in the incredibly unlikely event that you are a PS4 player that doesn’t deny the prior existence of Superhot on another console, you’ll have seen screenshots of a cool white and grey art style, with stark red enemies standing out clear as day. That’s what the actual gameplay in Superhot looks like, but it’s more than just a pretty face, because Superhot is an absolutely glorious game. 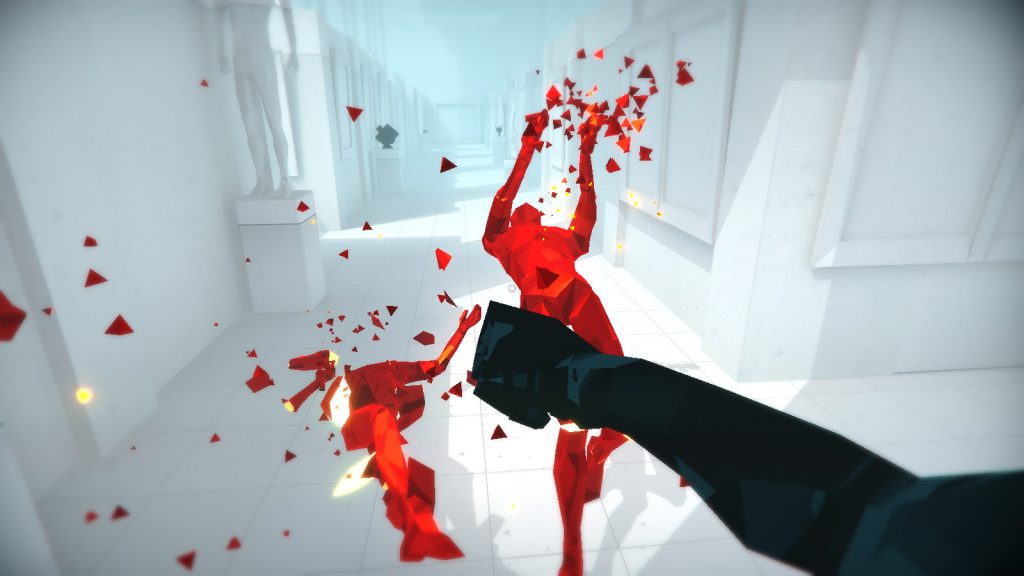 Every level is like a puzzle room, and players are tasked with shooting their way out. Things start out easy; blast this enemy, blast that one. Done. “SUPER. HOT” Says the game when you succeed. You are Superhot. Next mission. As you progress, levels get harder and harder as you might imagine, culminating in a special level of difficulty that I reserve for my own private classification of bastard hard. But when a game is this hard and this good, it feels incredibly rewarding to succeed at, and because even the longest levels are still fairly short and the reload times instantaneous, you always have the option to just script your way through them. The best Superhot players use intuition and muscle memory to dodge bullets, disarm enemies, grab the gun in midair and shoot the rest of the bad guys, but any Superhot player can achieve the same by memorising the levels and inching forwards bit by bit.

And that’s Superhot in a nutshell really. It’s a bold, beautiful, artistic, innovative, annoyingly likeable hipster who not just sports an excellent beard and man bun, but can also shoot, skin and cook a Grizzly Bear. Wait, no. Sorry. That was nonsense. It’s actually more like the kind of rare game that is both entirely comfortable in its own skin, and entirely competent by any other measure. It’s more than competent in fact; it is exceptional. It looks amazing, it plays almost perfectly and it is incredibly rewarding when you succeed, with relatively little frustration factor if you don’t. Honestly, I can’t believe that the PS4 has secured another exclusive (pssst, that’s not true) of this calibre. You should stop reading and start buying.