A warning before we start: AMD Gaming Evolved does NOT work with this title, if you run the program it WILL crash the game.

Stronghold Legends: Steam Edition (SHL) is my very first castle building RTS game I have played, and from what I’ve heard with the start of the Stronghold series, that it supposedly started in the “Noughties” and while this is supposed to be the latest edition of the franchise, it doesn’t “feel” new or fresh, but that’s because this is a reboot with a few added extras for those fans, the extras are features such as the Steam Workshop with map building, Steam achievements, Steam multiplayer, Steam cloud and of course Steam trading cards.

As soon as I got the game to work with the ker-faffle of the AMD gaming evolved program; I was really looking forward to playing it and seeing what all the fuss was about with castle building RTS games, and if you’re gonna start on the genre with this game, then look elsewhere. When I was going through the campaign there was a couple of things I couldn’t do, like create soldiers, despite the fact that I had enough population space, and I had even created enough crossbows to make archers but was still getting nothing. Yeah, it would of been nice if the game told me what I was doing wrong, but it didn’t, so I for one was not impressed about the lack of help and support as a new player. There was the option to just turn help off or on in the options menu.

Graphically the game looks as good as it did when it was back in 2006 when the series first started, So there’s sadly no major “under the hood” upgrade, soon as I saw the “models” on the loading screens I nearly choked on my cup of English tea due to laughing at the models, there just too damn shiny and plastic looking, It would look great if it was a 40k game, but a fantasy medieval game? hell no!

Gameplay graphics are fine, the different units looks crisp, clear, and easily recognisable to other different units. It would just look and play a lot better if FireFly Studios had spent a lot more time on the graphical issues as mentioned above and maybe add realistic grass, or maybe even something for the guys with those fancy high spec rigs. (not counting myself) 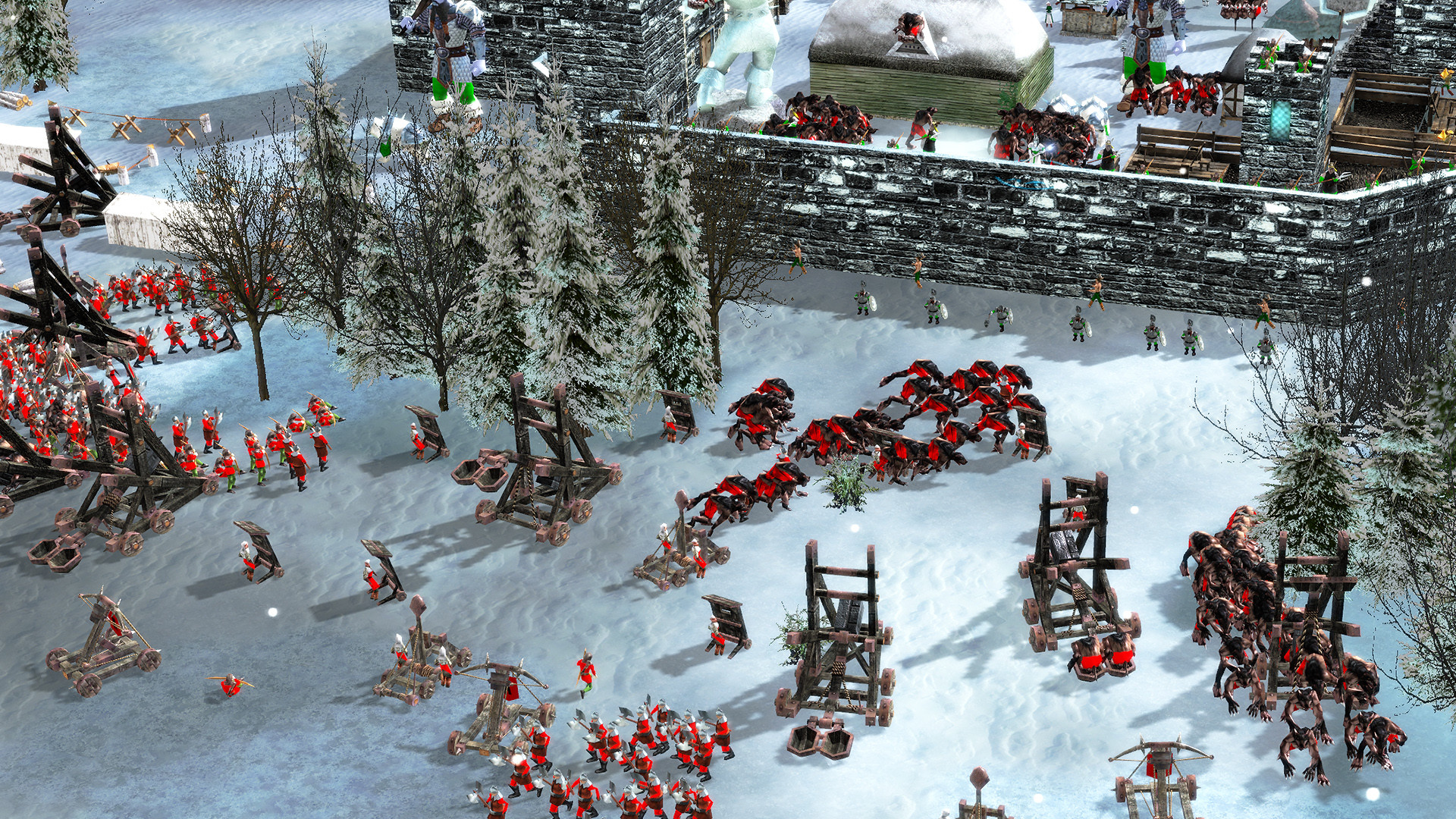 Gameplay was great, in the campaign (the only mode I touched) you have to do certain objectives whilst protecting your castle at the same time. Sometimes you need to just protect your castle until Merlin arrives and gives you his aid, whereas in others you can be doing other things like taking over a magical circle, which looks just a smaller version of Stonehenge. But yeah, there’s plenty of variety in the campaigns, and with two other factions to play as in the game, factions that came out as DLC’s in the original but this time we get for free (which is always nice) The two other factions are a part from the King Arthur one are Siegfried of Germany and Vlad Dracula.

The music is exactly what you would think it would be like in this kind of genre, big booming drums, trumpets, and all the other instruments needed to make war sound authentic and it works really well. Even the big dragon sound effects on the main menu sounds big, scary, and mean as you would more than likely expect a dragon to be like. The voices of your peasants and soldiers are a joy to listen too as well, with high quality recordings, so be sure you don’t turn down your sound too low as you will be missing out on a lot.

If you have played any kind of RTS in the past 20 or so years then the controls are as simple as what you already know really. Dragging and making a box with the LMB to select multiple units, RMB for moving or attacking, all of the shortcut keys (like make crossbows to make archers and so forth) are always on display, but I found out by left clicking on a building and doing it manually was far easier than using any shortcut keys available.

All in all Stronghold Legends is a good game if you’re a veteran of this genre of “Castle Sims”, but if you are new to the genre and want to dip your proverbial toe into new grounds, the maybe think about looking elsewhere as it will get you very annoyed. Although I would hope to see the game updated at a later date with some improvements to the help system to give new players that guiding hand.

Images are taken from the Stronghold Legends Steam Store Page