The Guardians of the Great Forest are all hidden away, asleep, and the seasons are broken. Where they should rotate as in our world they have been split over the forest, each of the four Guardian’s quadrants trapped in an eternal season. The animals are nearly all gone, and the future of the ecosystem is hanging in the balance.

Seasons After Fall, by Swing Swing Submarine (Blocks That Matter, Tetrobot & Co), and published by Focus Home Interactive, sees you setting about trying to fix this muddled mess through exploration, platforming, and puzzles. 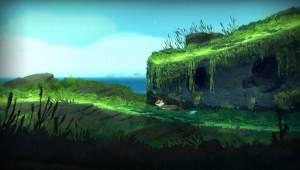 It’s utterly impossible to discuss Seasons without talking about the artwork; the entire game world painted four times over in different colours and states for the four seasons of the game; or the animation, smooth and fluid, instantly reminiscent of Disney’s classic. There’s few games that have used rich, highly detailed hand drawn or painted assets for their animations and backgrounds; but of those -Rayman Origins, Okami, and The Banner Saga included- many are held in the highest regard. Seasons After Fall deserves a place there too, if not for the wonderful soundtrack performed by a string quartet, then for it’s amazing art and animation.

At first the story seems, well, written for children, and especially transparent. This is largely due to the conviction and cadence of the initial narrator’s lines, they betrayed a little bit too much of the story in their inflections and subtle mentions. That said, the voicework in the game – available in several langauges – is all absolutely brilliant – crisp and emotive. This did actually mislead me a little, I was all but set in my mind that the following day -after finishing it- I would be setting up the game for my two eldest children, six and four years old, to play through as to get their impressions of the game. However, as the game looked set to end, it begun anew; the story shifted and the narrative and narrators took to a much more poetic and enigmatic form of speech, suddenly casting me into a newer, larger, grander game world. That first hour-or-so turned out to be an effective tutorial, and one that could have been bookended and tied up in a ‘lil kid’ mode like ToeJam & Earl 2, or the ‘practise mode’ in Castle of Illusion Starring Mickey Mouse – something that’s really missing in games these days. 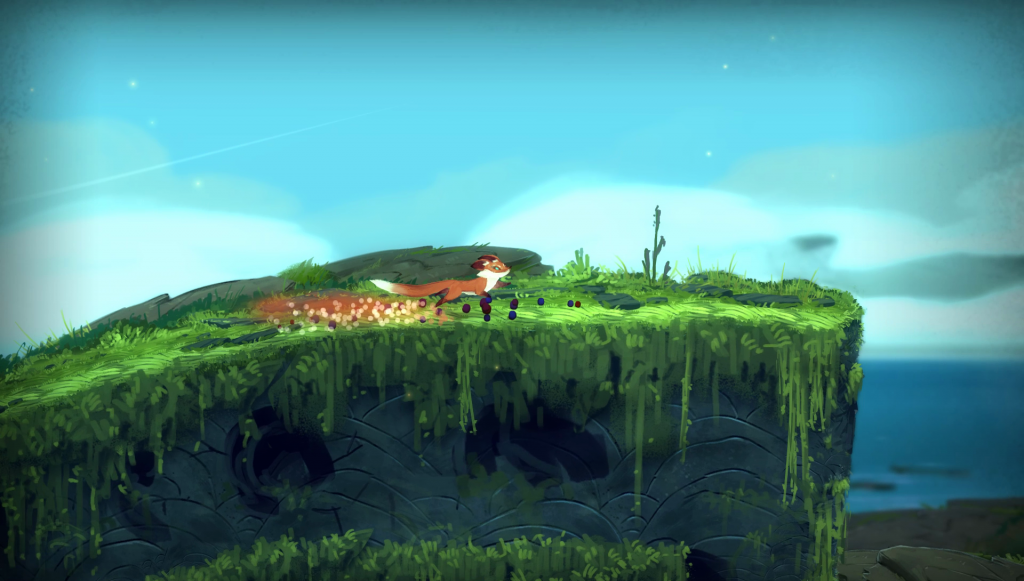 That first hour of the game had been dominated by simple, single-season switch puzzles; make the flowers bloom, the water freeze, melt the ice, bark to interact. The quick transition between seasons meant that this process was never frustrating, even if the analogue stick on my controller sometimes ordered up the wrong season as it flicked back into place. (You can either hold a shoulder button and use the left analogue stick to select, or you can just flick the right stick). Of the four regions to explore in the game there’s always something requiring each of the seasons, so you’ll get to see the deep caves in the throes of a lush, green Summer, or the swampy wastes in the brisk clasp of Autumnal oranges. 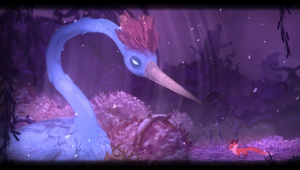 As I said though, the game took a major shift after that – and only for the better. The mechanics, and explorers toolkit that Seasons After Fall’s nature provides you with expands massively in the hours that follow; bugs and beetles, blowing holes in things or growing mushrooms; magical portals that sent you to underground caves; glow-worms whose trails are in different patterns based on the season you are currently in; and strange plants that can push back cloudy, otherwise impassable, fog.

There was, I confess, even a point where I got out a pen and paper as I had not quite figured out one of the puzzles that for it’s complete solution took several screens; that was probably the first moment I realised that my children wouldn’t be able to complete the game themselves. It did turn out that I didn’t need the pen and paper, mind, but the game’s hands off directions had led to me assuming that there was a much bigger puzzle at play than the one in front of me.  Sure, it was no Gabriel Knight 4 style “cat hair moustache” level of vague, but it certainly did’t hold my hand either. 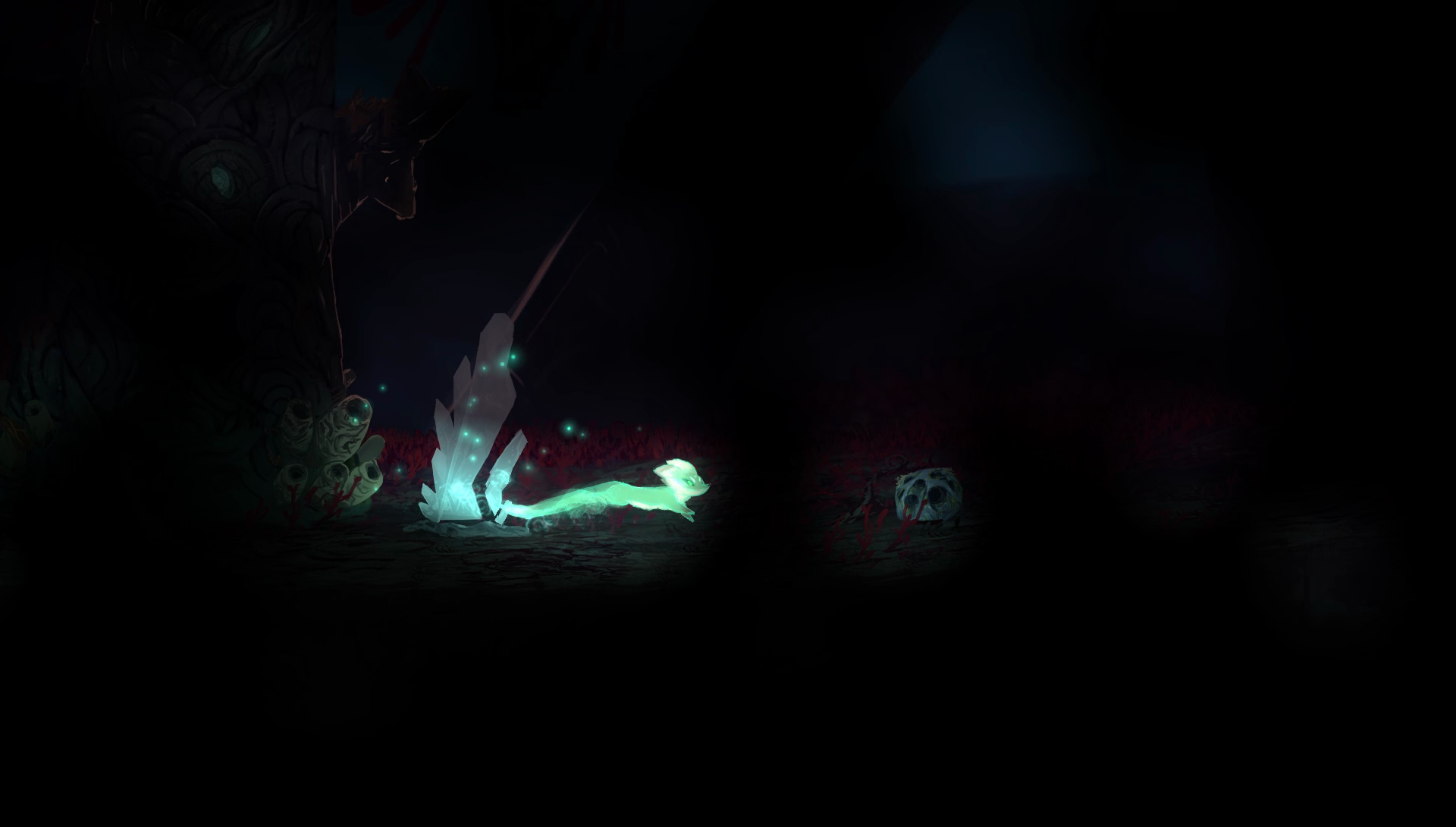 As well as the puzzles needed to progress the stories, each of the quadrants of The Great Forest open up on themselves as you learn to use your abilities to delve deeper and deeper. During the tutorial-like first hour of the game you’ll only need to spend about five minutes in each of the realms to reach the relevant guardian and then escape; in fact the rest of it is exposition, and your own curiosity as you peep into crannies that you will only be able to fully traverse when you return later with all four of the seasons under your belt. 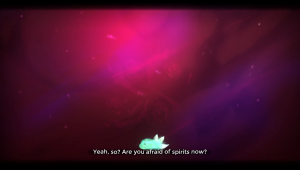 In this, the game is almost more of an exploration game, than a platformer, with practically zero hints as to what direction you should be heading in, and the act-like structure of the game which sees you returning to each of the sections over and over to progress further certainly feels like exactly that, an exploration, rite of passage type game. Each time you delve a little further, break something to get somewhere and then fix it to get somewhere further: the highest peak, or the deepest pit, or the island on the horizon, the caves under the swamp; and each of those areas feels new and wonderful too.

I’ve played over six hours of the game now, and met it’s ending. Barring a few moments I’ve felt utterly hypnotised, left numb to the world around me. The amazing art and music, even the little animation of the fox pulling itself up after nearly failing a jump; it’s all been absolutely perfect. While, as I mentioned, the directionless wandering is sometimes a bit of a drag, and the puzzles rarely escalate into a challenge the game is easily the best platformer I have played in the last few years, and I have a feeling that I’m going to compare future titles to this for years to come. 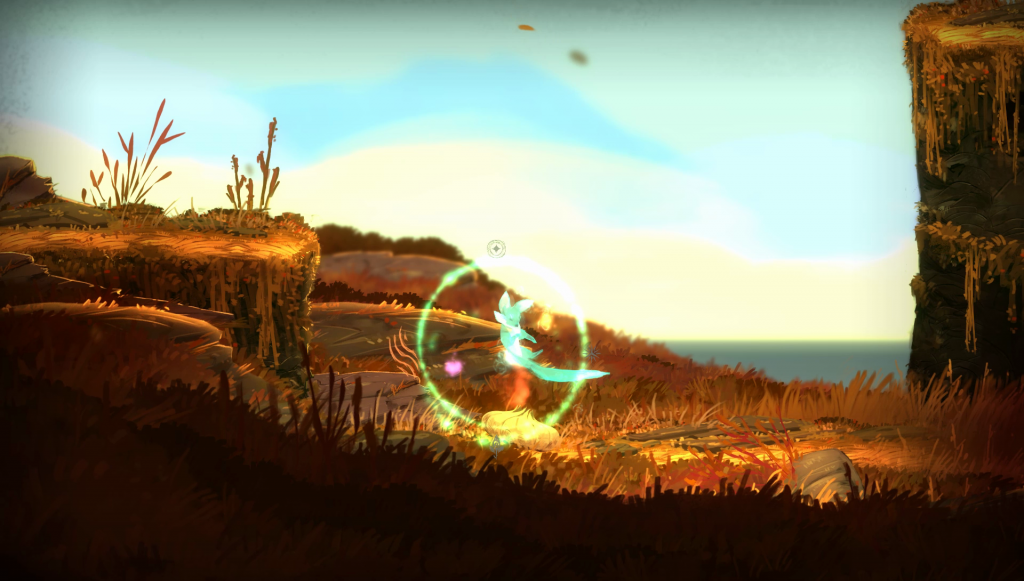