Since I reviewed the excellent Field of Glory II not very long ago, this time I will focus solely on the additions that came with the DLC: Immortal Fire. Whether you’ve read anything by me before or not, my major interests lie in the large-scale, large-scope events in wargames. While I will attempt to list everything new to Field of Glory II, I’ll give you fair warning that I will be partial to its four new historically-based campaigns and especially the brand new ‘what-if’ campaign of Alexander the Great. 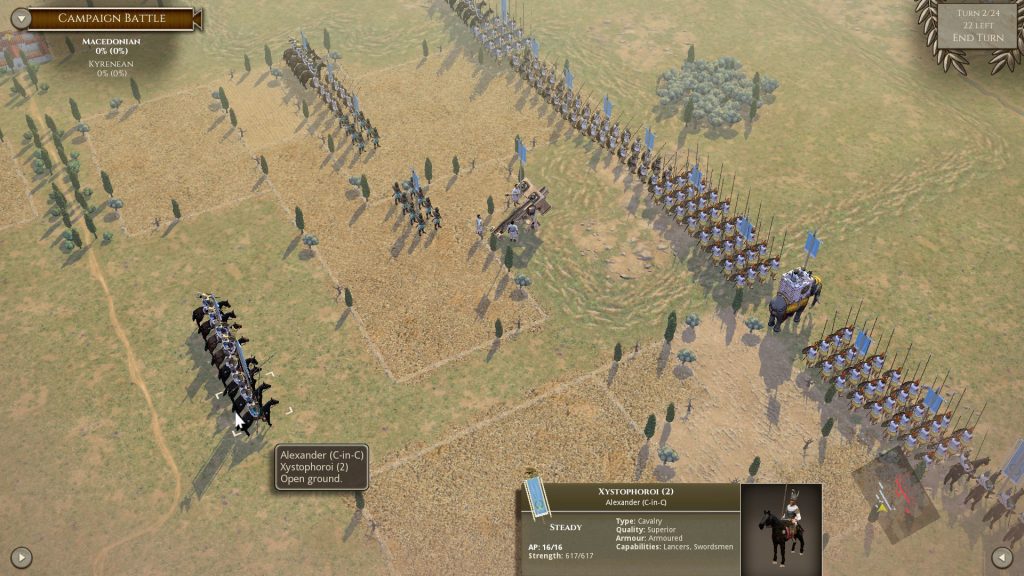 Alexander the Great.First of all, there are eight new factions: Achaemenid Persians, Antigonos, Etruscans, Kyrenean Greeks, Thessalian Greeks, Latins, Lydians, Lysimachos and Spartans. As always, each faction has their own strengths, weaknesses and units. Sure, sometimes when I set up a game I look for a specific faction, but other times I look for a certain unit I want to play. Obviously, from the namesake “Immortal Fire”, one of the very first units I chose to put into an army were the Immortals.

Okay, I had to play both sides of Macedonian (355–329 BC) and Carthaginian (410–341 BC). Also note that I got a very different map the second time around, as the Carthaginians.

Suffice it to say, just like with the base game of Field of Glory II, one has to be very specific with which time period each army comes from. Granted, there are thirty new armies. However, contained within them are five Achaemenid Persian variants, three Carthaginian armies… etc. The most important point for me is that both the Custom Battle maker and Sandbox Campaign generator have been expanded to include all 105 army lists, from both the original and Immortal Fire.

Speaking of the army additions,  Field of Glory II: Immortal Fire has now incorporated thirty new ones. Broken down, they are:

All thirty-four new battles are playable from either side, of course. Five of the ten Epic Battles are part of the Alexander the Great career feature. In case of confusion: when you open the Epic Battle creator, it lists “Rise of Rome” and “Immortal Fire” only. By clicking on one or the other, it takes you to that specific part of the game’s Epic Battles, which are located inside one of those headers (folders). Obviously, Alexander’s battles are under the “Immortal Fire” option.

Then we get to one of my favorite parts of Field of Glory II: four new historically-based campaigns: Philip of Macedon, Seleukos I Nikator, Seven Hills of Rome and Xenophon are the additions. That makes eight total now, without even considering the Campaign Generator. That is my absolute favorite part — the Campaign module. Yes, I fired it up to check that the new armies are in there and ready to be put into a randomly generated campaign. Yes, they are there. I was compelled to see it firsthand and find out for myself. Whew.

Having said that though, for me, the most intriguing newcomer to Field of Glory II is the “what-if” campaign of Alexander the Great. This supposes that he did not die in 323 BC. What would his armies have done then? How far would they have reached? How much more would they have conquered? 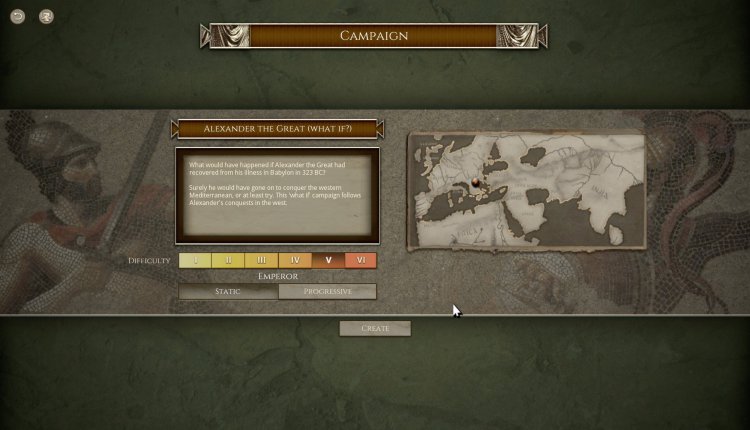 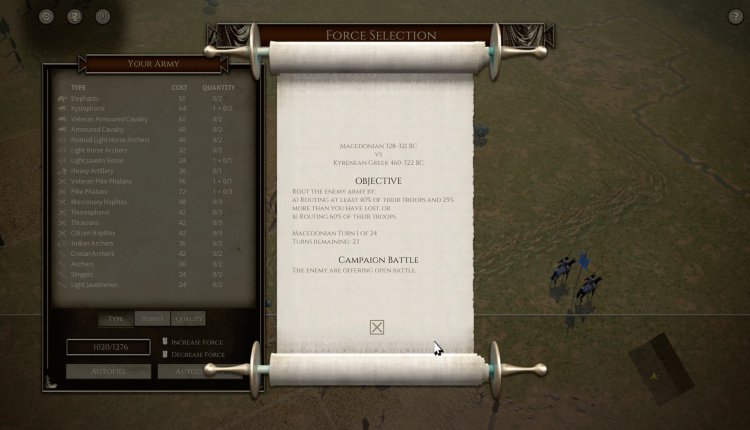 About to buy my units. 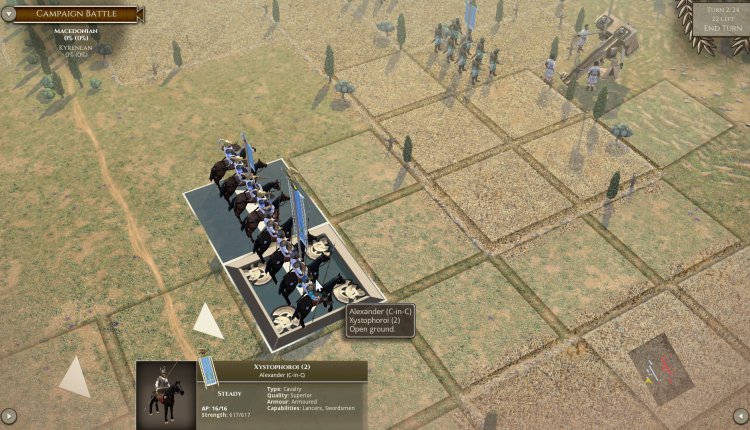 Final moves of this turn.

Field of Glory II: Immortal Fire has made quite the positive impression on me. It’s almost hard to fathom that so much more has been added in such a short amount of time (a little less than two months). Everything fits perfectly within the parameters of ancient warfare and the original game. Even though I have a great “Seven Hills of Rome” campaign currently progressing, I simply must go back to the Alexander campaign. After I started it (the first time), then literally during my writing of this article, a few parts of my forces’ setup crept into my head — immensely bothering me. I had my own “what-ifs” during the “what-if campaign” setup! Now, I’m off to rectify that… 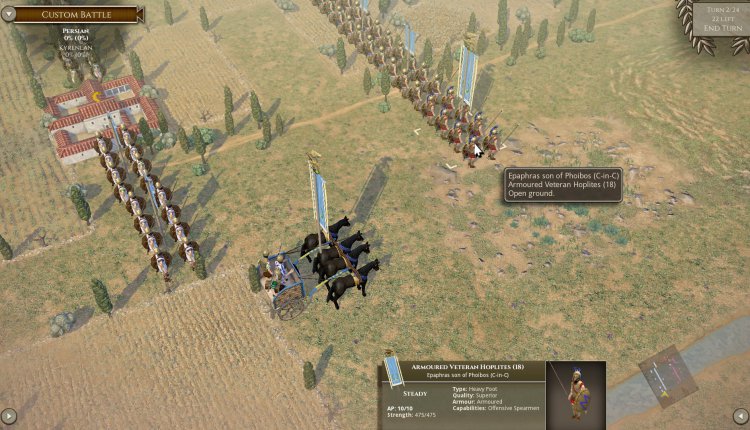 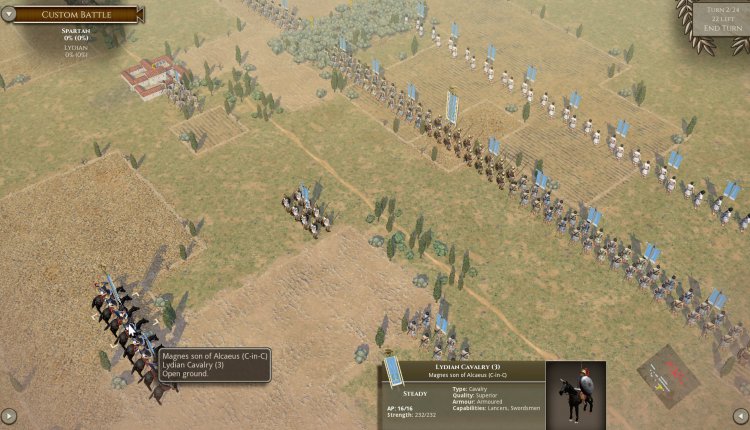 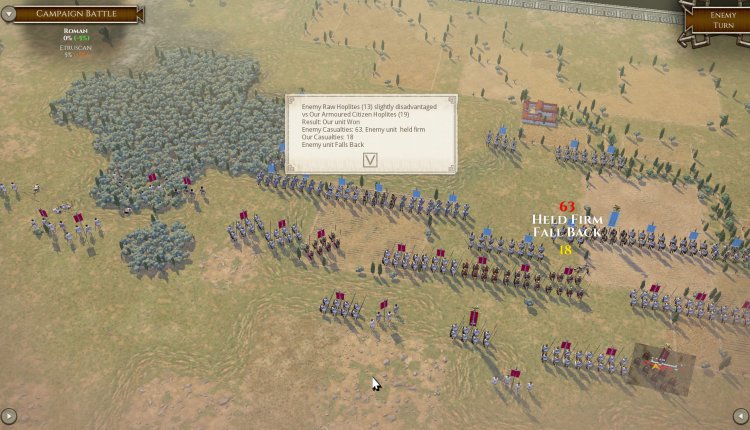 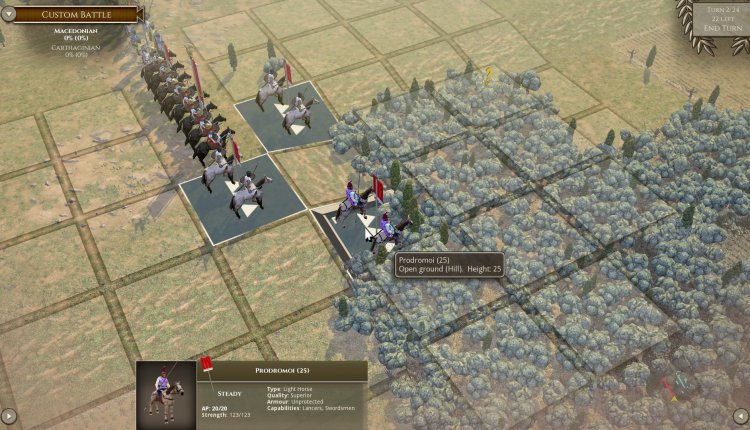 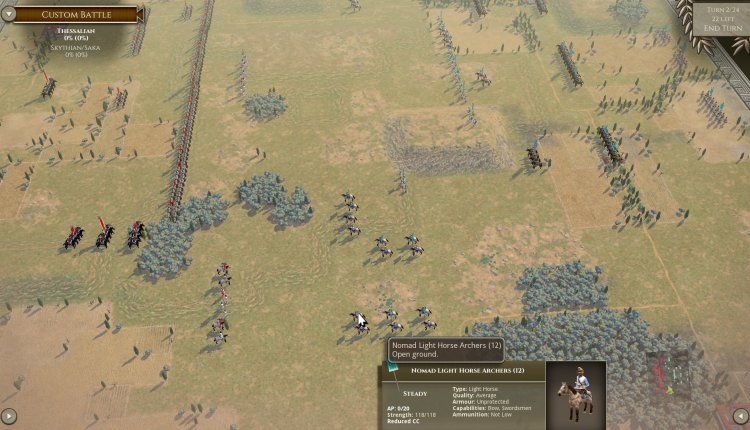 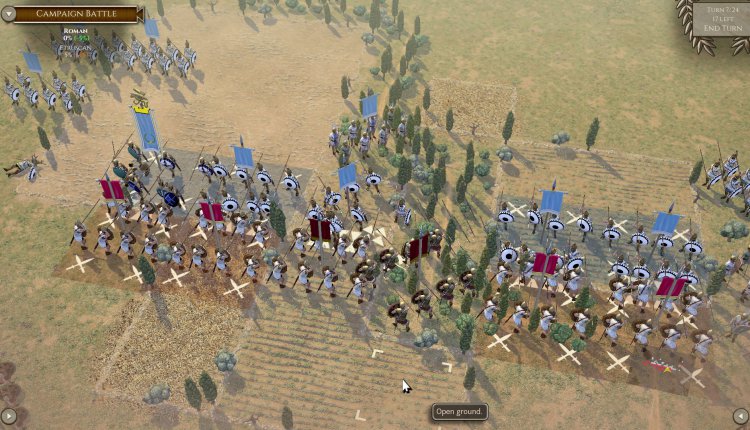 It's starting to ramp up. 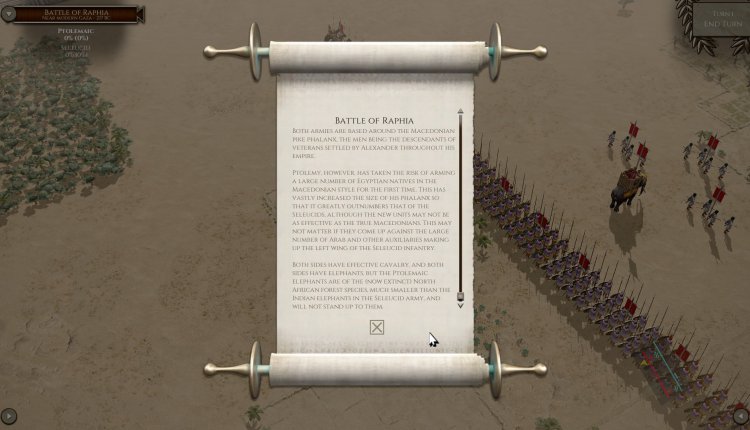 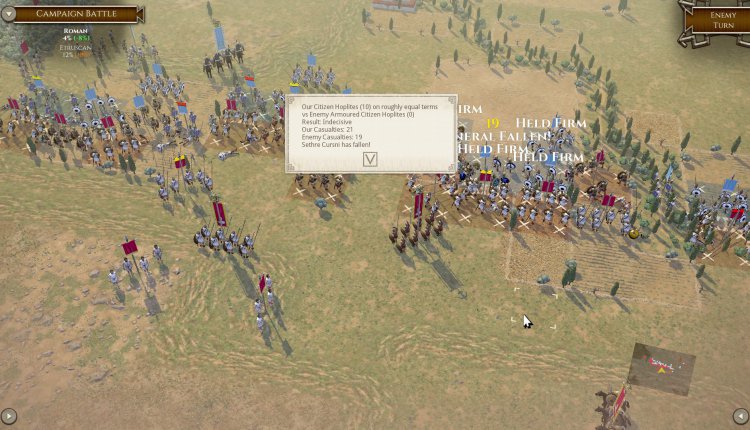 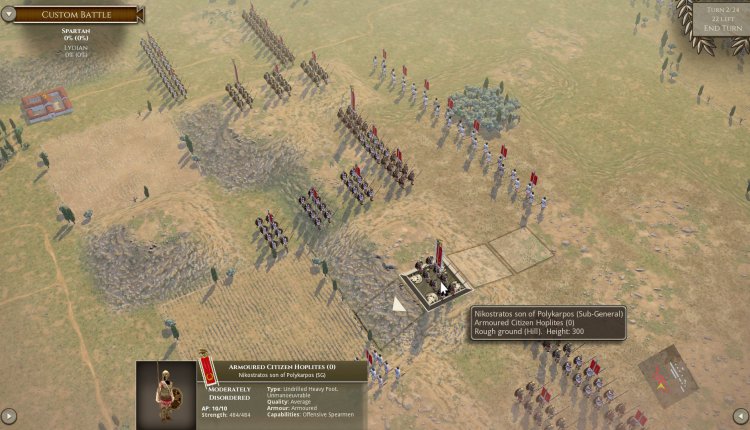