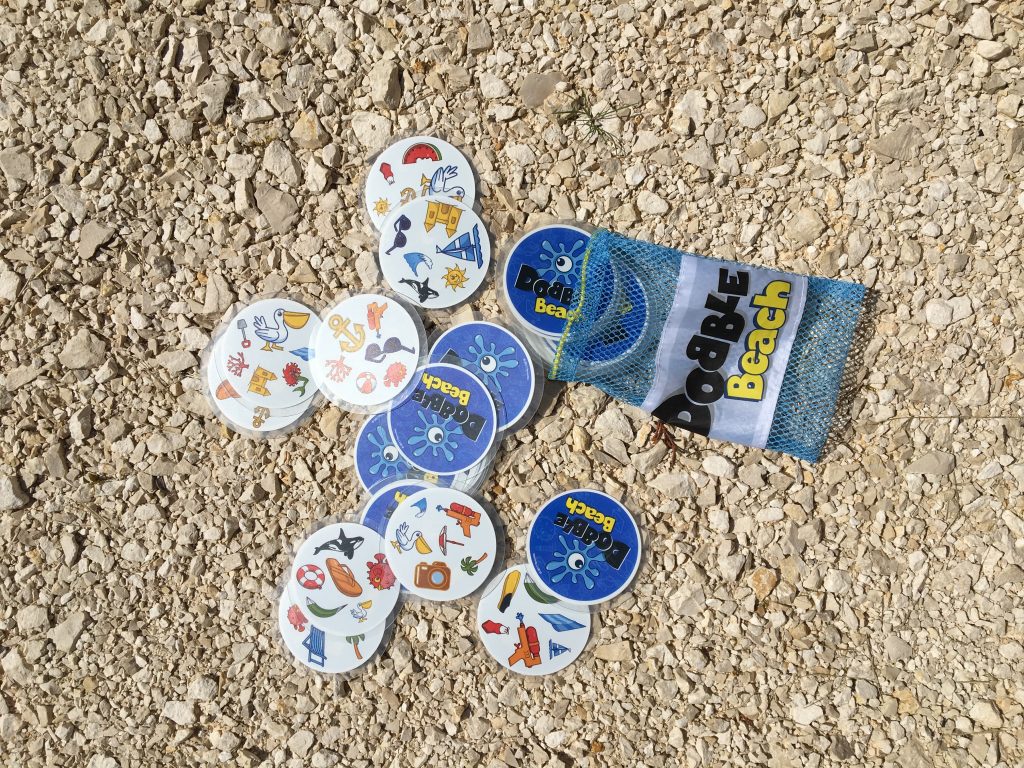 There really is no better time for board and card games than when you are away with friends and family on holiday, which is especially true if its raining and you’re in a caravan that was built in the 1970’s. Such grim memories are a thing of the past for most kids these days, with holidays to the Costa Del Sol seemingly more cost effective than a week in Blackpool, but the problem of how to entertain the little blighters never goes away.

This week, I’m on holiday in France. It’s twenty eight degrees in the shade here, and me and the family have unlimited access to Grandad’s swimming pool. There’s no beach here, but there is a stubborn two year old girl who insists that everything she is carrying must go into the pool with her. One of the things that has been in – and out – and in (and out) of the pool again several hundred times is Dobble Beach. Thanks to the beermat sized circular plastic disks that make up the game, and the cute little net bag that the game comes in, this has not been a problem. 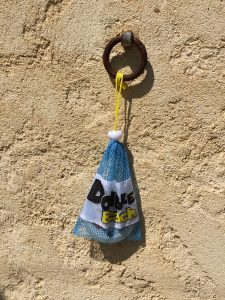 Dobble Beach is not a traditional game when it comes to the pieces. It is, without doubt, a game for younger children to cherish and care for, thanks to its indestructible nature. The box it comes in (and the paper manual) were instantly cast aside and (I think) are floating about in our kitchen somewhere back home. The plastic instruction disk, the net bag and the remaining play disks all made the journey to France safely, however.

On a related note, I’m fairly sure that Dobble Beach is just about the simplest game I’ve ever played, with the exception of Snap, which is the game that Dobble is quite closely based on. Basically, there are thirty of the plastic disks (I’ll call them cards from now on, for simplicity and ease of reading), each of which has six familiar pictures of things that we associate with the beach. For example, crabs, deckchairs, goggles and flippers. Players must then flip the cards in pairs, with the person who is fastest to shout out the paired item between each card declared as the winner. Once the deck is finished, the overall winner is the person with the most successful pair matches.

Now, Dobble Beach sits at the simple end of the wider Dobble range, being focused largely on kids, but it can still be quite a bit of fun for adults, even if it is so for a relatively short period of time. What it does well is bring everyone together in a setting – the beach or poolside – where relaxation is already underway, and so we found that players of all ages were able to enjoy it. There are six players in our group, with an age range between two and just under seventy, so it’s fair to say that the spectrum is quite broad. Whenever enthusiasm from any individual party dried up (usually after a burst of about ten to fifteen minutes) my little girl simply packed the game up and lobbed it into the pool. 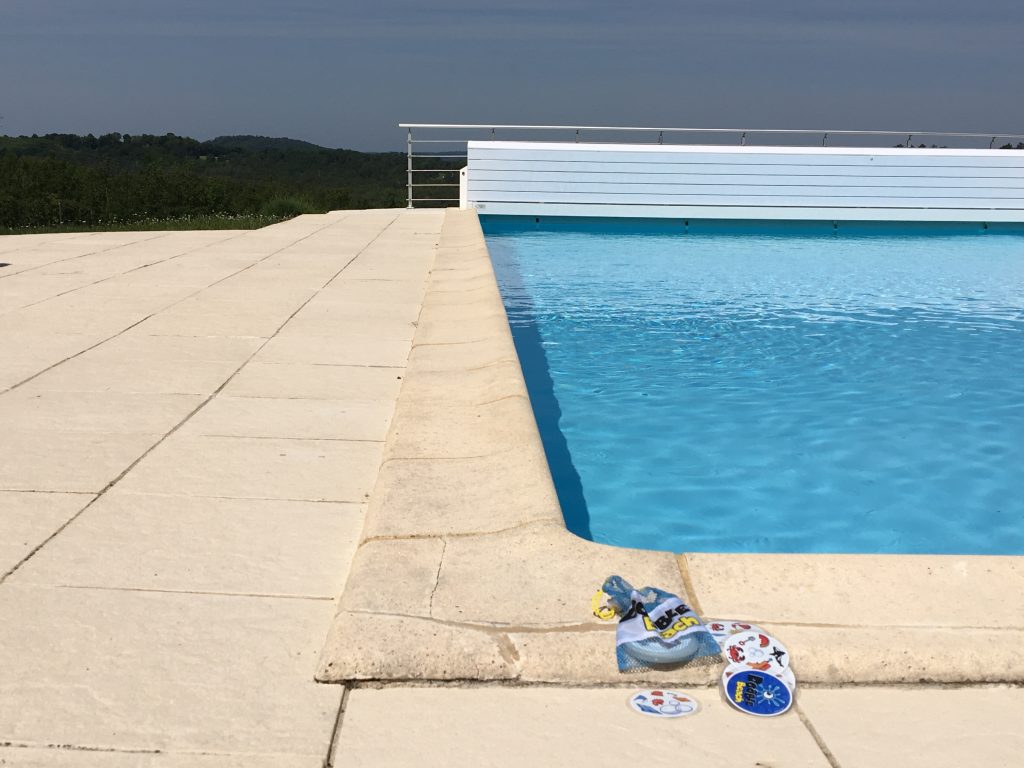 For such a compact, inexpensive game to provide a fun and versatile option to family groups of such a broad age range is quite remarkable. Dobble Beach is enjoyable to play, simple to teach and extremely easy to learn, with the added bonus that it is (in video game speak) resistant to water. Anyone with a few kids and some grandparents in tow should consider throwing the game into their luggage, if only for the occasional brief respite!

Dobble Beach has a regular RRP of £12.99, and a copy was provided for review purposes. Dobble games are available via 365 Games or through this handy Store Locator.