A symphony of sadness.

If I counted how many board games use World War II as a theme, I’d probably be counting until I’m a hundred years old. Even so, I don’t know if I can name a single one (aside from Black Orchestra: Second Edition) that tasks the players with killing perhaps the cruellest and most hated man in human history: Adolf Hitler.

As a cooperative game for one to four players, Black Orchestra has players assume the roles of leading members of the German political and military class at the height of the Third Reich’s power. Using an action point system with elements of risk and reward, these conspirators must move around a stylised map of Europe, forming and preparing a plot and building up their motivation to execute it, all the while avoiding suspicion. 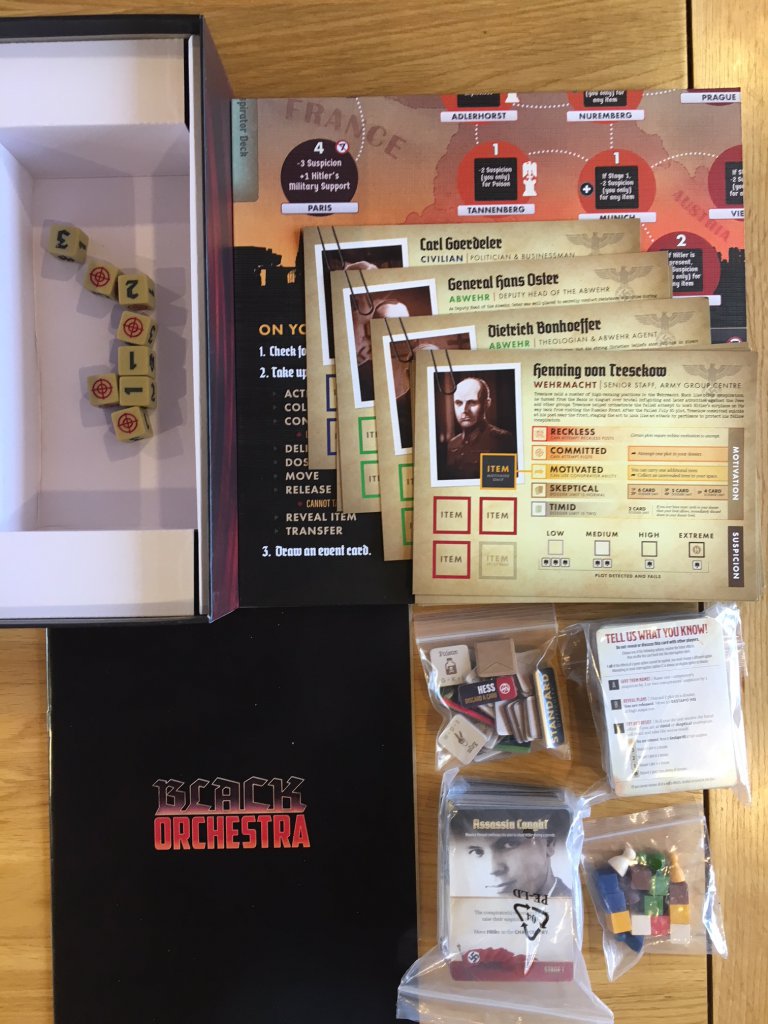 The first thing to note about Black Orchestra is how neatly it presents players with everything they need to know. The manual is small and clear, with a separate player aid printed on two sides of the same card which summarises the whole thing. Cards for each player quickly reinforce things like turn order, but none of that is really necessary given that every action is printed on the board anyway.

That’s another thing about Black Orchestra: the components. They are simple, stylish and just about perfect. I understand that some people don’t appreciate the juxtaposition between the shaded, propaganda-inspired box art and the character cards alongside the all-too-real photographs of Hitler and his goons printed on the event cards. Personally, I think it does exactly what it should — create animosity. Mankind cannot hide from the horrors of World War II, lest we forget, and whilst Black Orchestra is a game set during the conflict, it is much more focussed on the man who was responsible for it, as well as countless millions of innocent deaths. 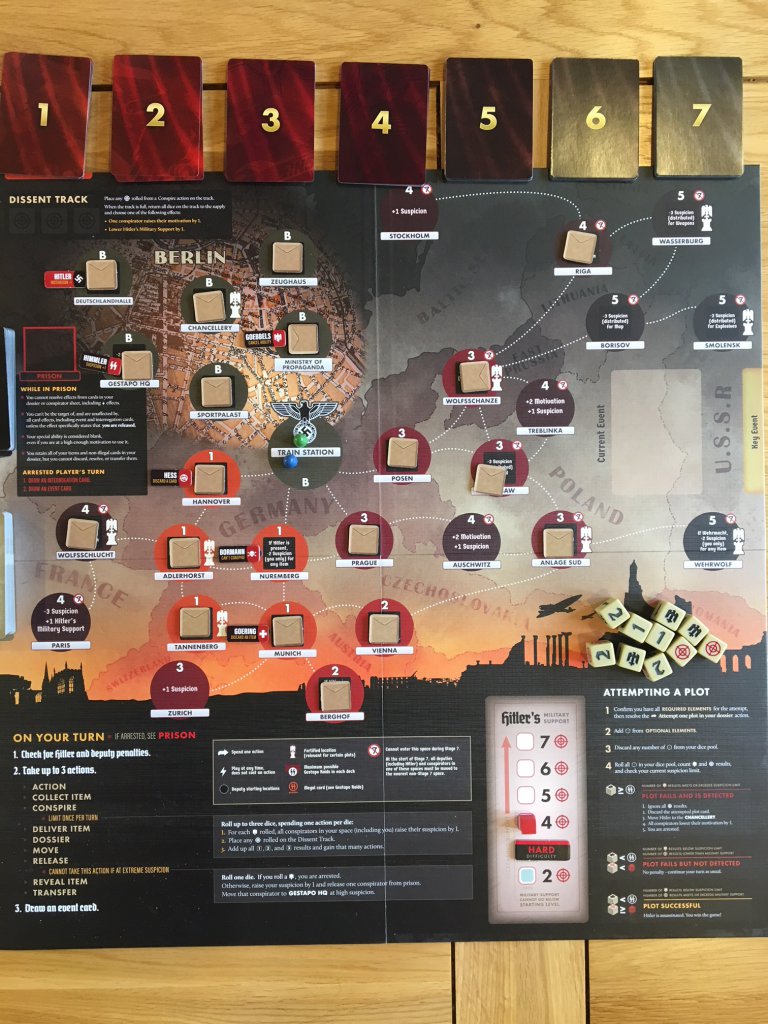 There’s no doubt in my mind that Black Orchestra is a relevant, tasteful recreation of events that did (or almost did) really happen and I welcome it. Be warned though, it is a game that features some of history’s most appalling villains, as well as a core concept centered around murdering one of them. It’s probably suitable for historically interested children of around twelve years old, but it does deal with some touchy subjects.

Assuming you do decide to play Black Orchestra, what you’ll find is a rather intriguing mix of balancing luck (by rolling dice to increase dissent and gain extra actions), manipulating the board state (by increasing dissent, decreasing suspicion and lowering Hitler’s military strength) and moving items about the board.

All the while, drawn events cards move Hitler and his five Generals around the board randomly or force other effects, such as changes to one or more of the status tracks. These event cards are drawn sequentially from decks numbered one to seven, with some cards removed at random during setup and others buried within that force the plot forwards. Run out of event cards and you lose the game. 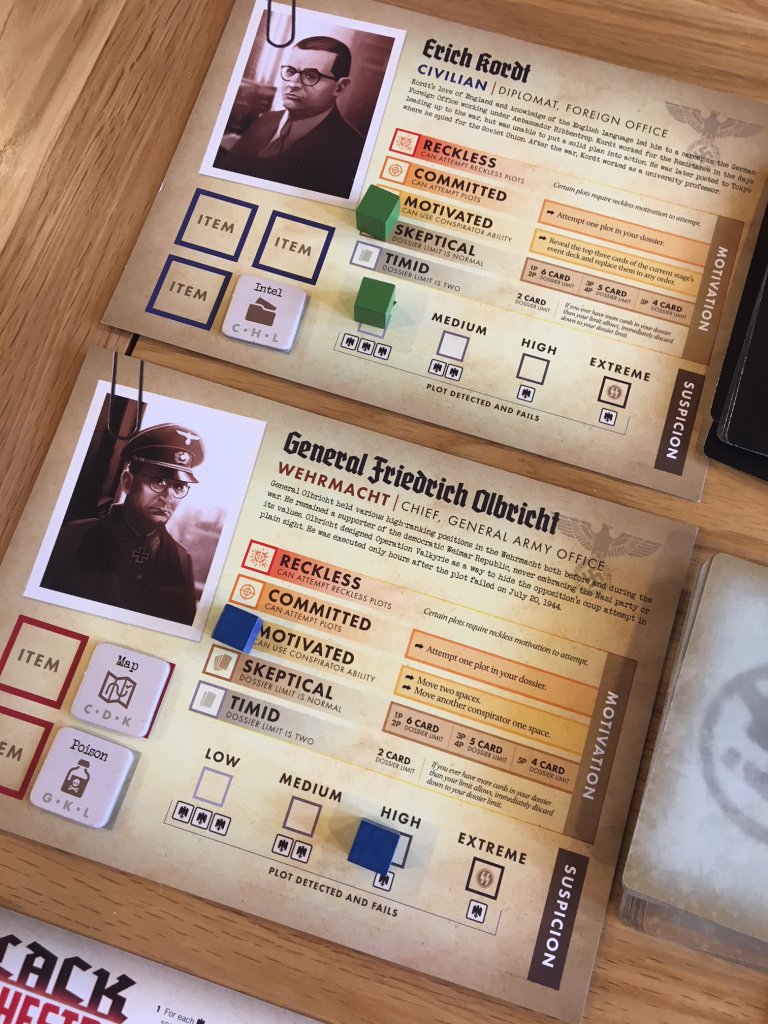 Luck is always a factor in Black Orchestra, not only because of the dice-rolling aspect, but also because the player characters don’t inherently know how to plot to kill Hitler — instead they must locate plots within their own deck of randomised cards. Plots like poisoning The Führer’s food might require (or be made much simpler) by meeting certain criteria (like being a civilian) or by having the right equipment (poison). Some cards provide a general bonus to plot attempts, so there are many factors that balance the luck angle — if only you can bring them all together.

Whilst luck often bothers me, it feels like a razor-sharp addition to the theme of Black Orchestra and it can result in some incredibly tense storytelling moments. The game is purely cooperative, so the conspirators discuss how best to share items, when to reach Hitler’s location and then, of course, who will be the one to take matters into their own hands.

Should the plot fail? Well, in some cases, the conspirator is arrested and interrogated. Drawing form the interrogation deck is even more thematic because the affected player must read about their fate privately, then decide how it will affect the whole party. No choice is good, but which is the lesser evil? Interrogation continues until a trusted conspirator frees the prisoner, but is it worth leaving them in jail and remaining focussed on the plot? 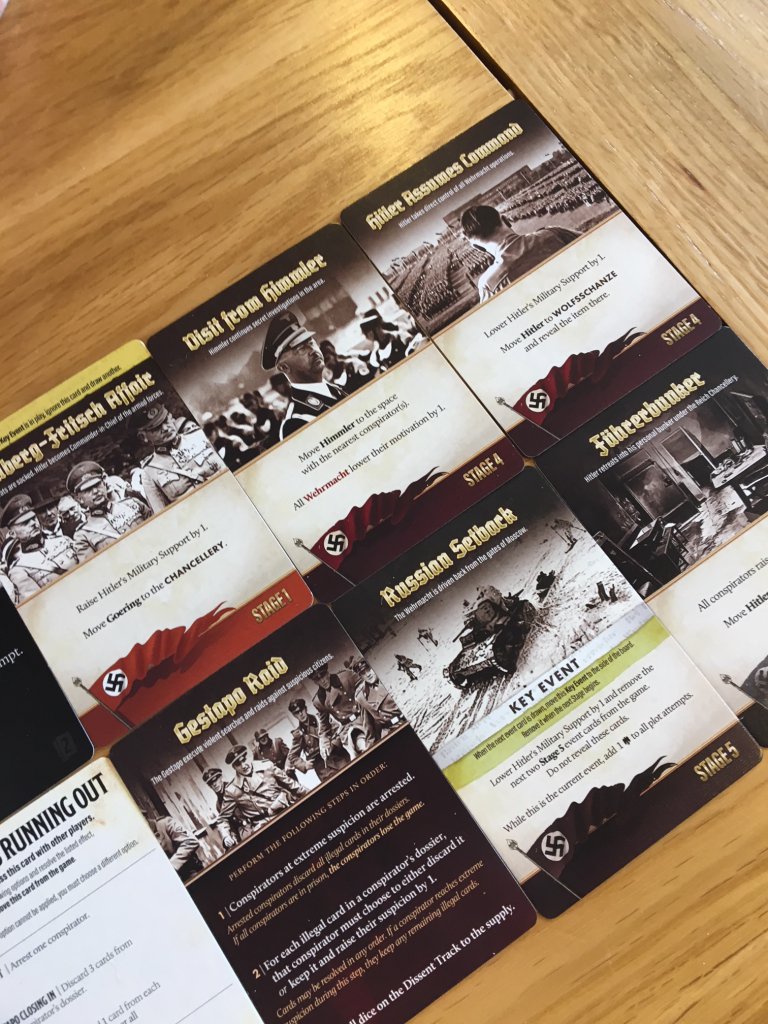 There is a lot more to Black Orchestra than I’ve described here, but I believe I’ve captured what it culminates in. Deciding whether to roll more dice and risk seeing the Axis’ Eagle banner and increasing your suspicion immediately, versus the need to achieve more towards the plot, is compelling. Exploring the board for ways to enhance your capabilities, both with new items and abilities that affect the state of play, is simply necessary.

One of the best things about Black Orchestra is that it loses almost nothing if played solo. It remains a sprawling, multi-limbed puzzle that gets tougher and more desperate as each event card is drawn. The frustration of bad luck when rolling dice or drawing cards is mitigated by the singular vision that drives the default solo configuration of two conspirators played side by side. There are plenty to choose from as well, each with their own unique ability (a bigger hand size, for example). 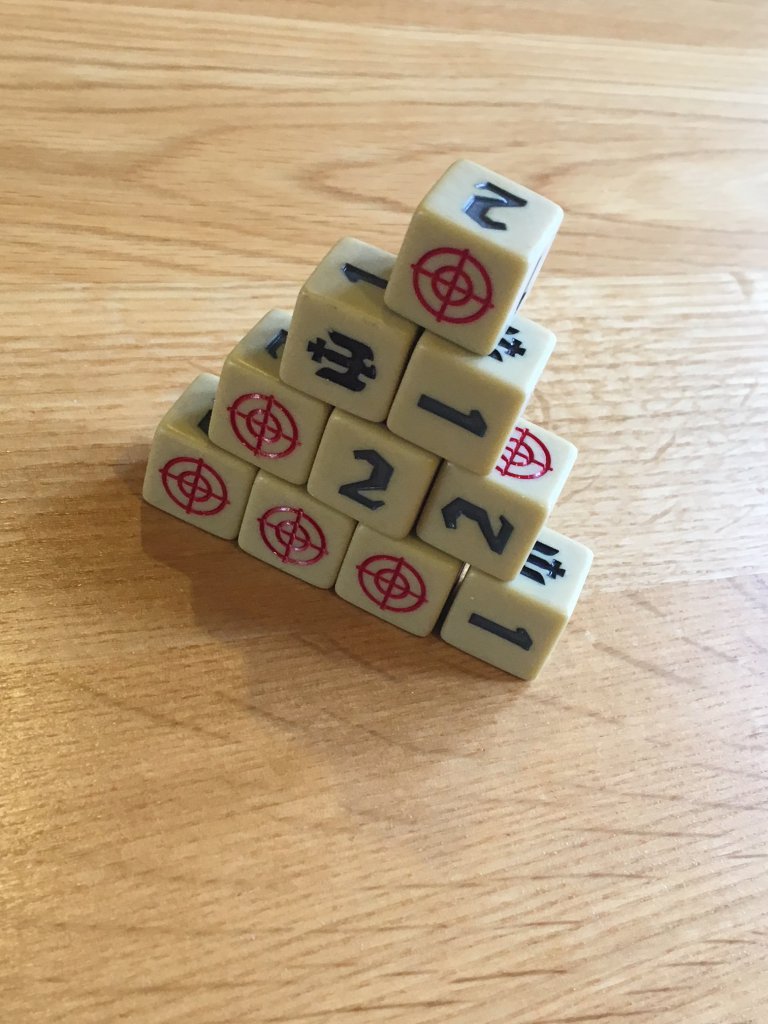 I’ve mentioned luck plenty of times already, but the only other negative feature in Black Orchestra is probably the fact that as games progress, the number of fiddly rules can compound. Items, event cards, characters and changes in board state all add up — not to mention cards in hand that might disrupt normal play. It’s not overwhelming by any means, but it is likely to result in the occasional mistake.

Ultimately, Black Orchestra is a game I have enjoyed playing tremendously over the past month and which I think will remain in my collection for a long time to come. It is the one game I’ve played solo more than any other, I think, but it’s also fantastic with friends who want a cerebral and often very stiff challenge. The subject matter will understandably bother some people, but for anyone  it doesn’t, I recommend Black Orchestra highly. 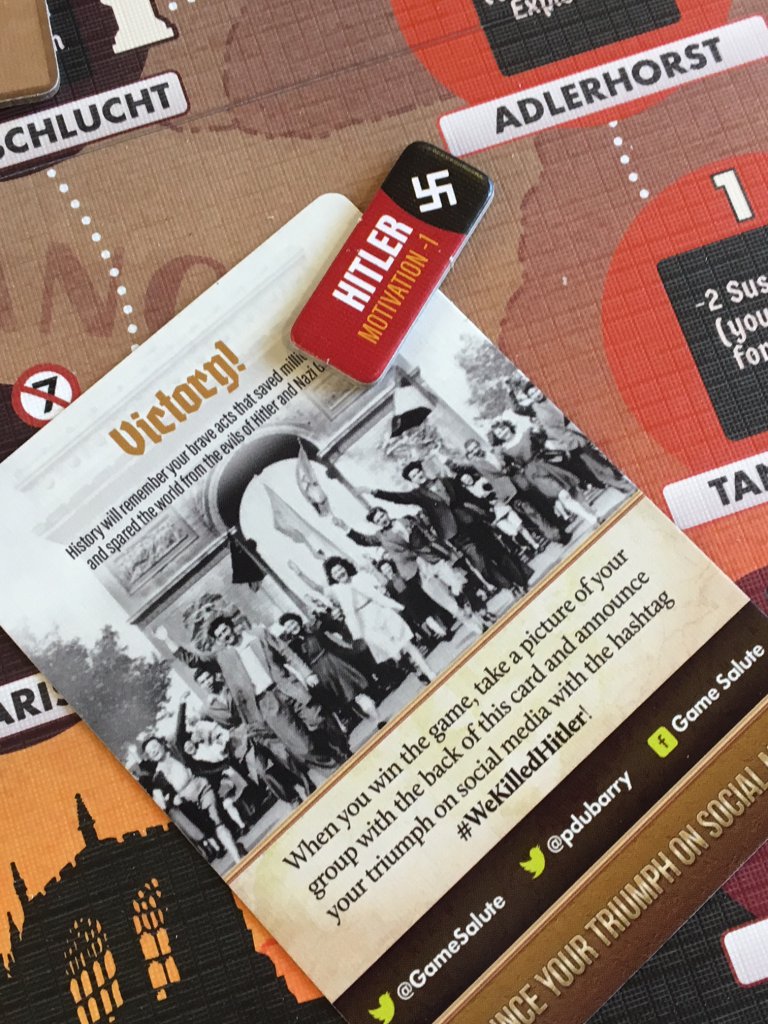 A copy of Black Orchestra: Second Edition was provided for review purposes. The game has recently begun to ship following a successful Kickstarter and it will be available on general release very soon.