Imagine, if you will, that you are a Viking at the helm of a longboat, commanding your crew with music instead of commands. Their rowing is ever paced by how hard you rock. You barrel down seemingly endless fjords, banging out tunes with your hammers. This is Ragnarock, and it’s one wild ride.

Making music an exercise routine has been a common theme in the industry lately. For a while, there were people making daily posts on popular social media platforms showcasing how much weight they lost playing Beat Saber. It’s a fun distraction to be playing a game while doing an unconventional workout — Wii Fit showed the world that even casual players are willing to step outside their comfort zone to try something new. I will tell you now, pretending to beat war drums with virtual hammers will really give your arms a workout, far more than I’ve experienced in any other VR rhythm game.

What’s probably the craziest thing about Ragnarock is that it makes sense. People looking to take out aggression by beating the heck out of drums while following a rhythm just feels good to play. The rapid violence of slamming down mallets to fashion some kind of savage inspiration to your crew of like-minded Vikings feels like something ripped out of the pages of Mad Max: Fury Road, if you get that reference, and it makes you feel powerful as a result.

While you’ve probably figured out by now that you’re banging drums around, the notes come at you like Guitar Hero, but since there are no three-note chords with only two hands, the difficulty is raised a bit as a result. You slam down your hammers on the notes as they arrive above the drums, and if you hit notes perfectly, not only will you make your crew row harder, you will start to collect energy. 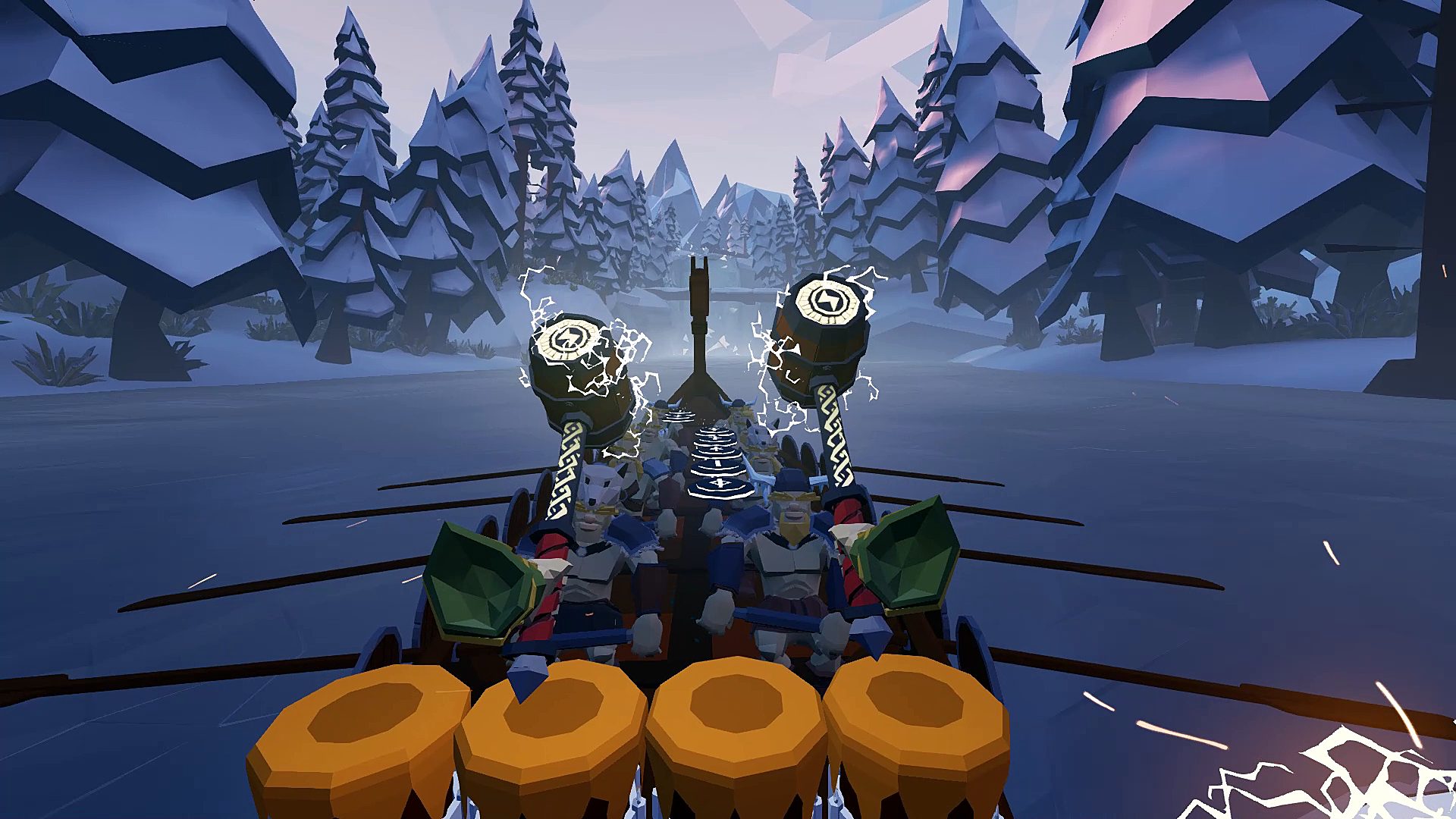 Once you’ve collected enough energy, the shields to the left or right of you will electrify, and you can then hit one of them to make your crew shout in unison and energize them even more. Propelling your crew to move you further is the ticket to claiming an envied spot on the Leaderboards, as your score is determined by how far you travel.

The music in Ragnarock is all either Celtic rock, power metal, or Viking/Pirate metal, with bands such as Alestorm and Nanowar of Steel, and it fits the style of the game really well. As previously mentioned, even on the easiest difficulty, you’re going to be moving your hands at a pretty fast pace to keep on top of the notes flying towards you. Each song has multiple difficulty modes, with gold, silver, and bronze medals awarded for adequate performances. 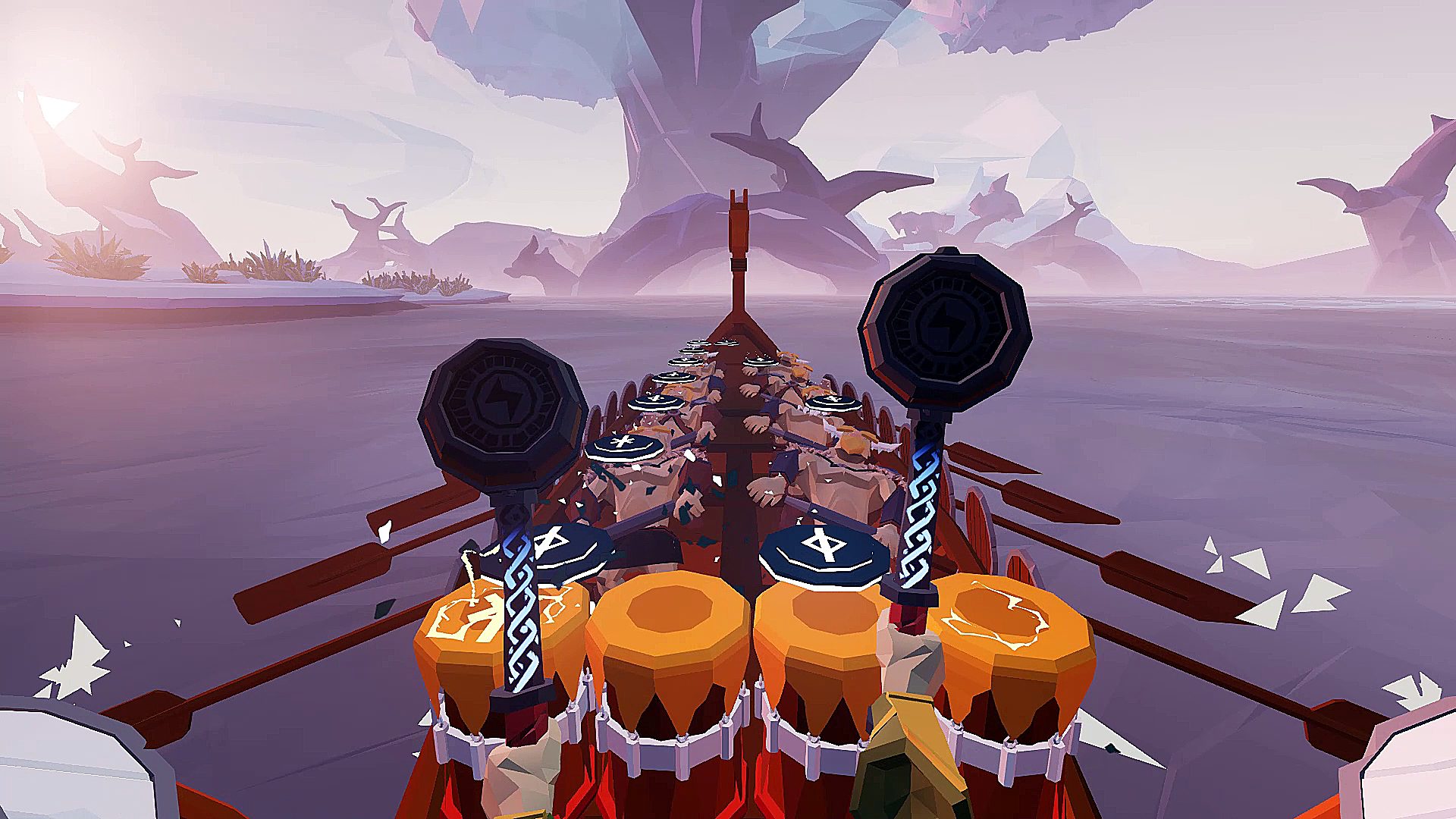 Modes are a bit limited, with only a Solo and PvP mode available right now, but hopefully, they’ll add a campaign or some kind of story mode to provide a little more content to dive into. Players looking to expand their music library and get their hands dirty can add custom songs to the game for the Oculus Quest, and the process is even simpler for those playing the Steam version. There’s plenty of music to master with the version they have right now, but there are some issues I feel I need to address.

In the Oculus Quest version of Ragnarock, I experienced some visual lag which cost me some note registry a couple of times. This is the same problem I experienced in Beat Saber when it first launched for the Quest, so I am sure it’s something they can alleviate in time, but it’s never good playing a rhythm game that trips over itself to deliver the experience you expect. When you give a player something to blame other than themselves for mistakes, it just feels off in a way. Since this version is currently in App Lab and not the official store, I’ll give it a pass for now. 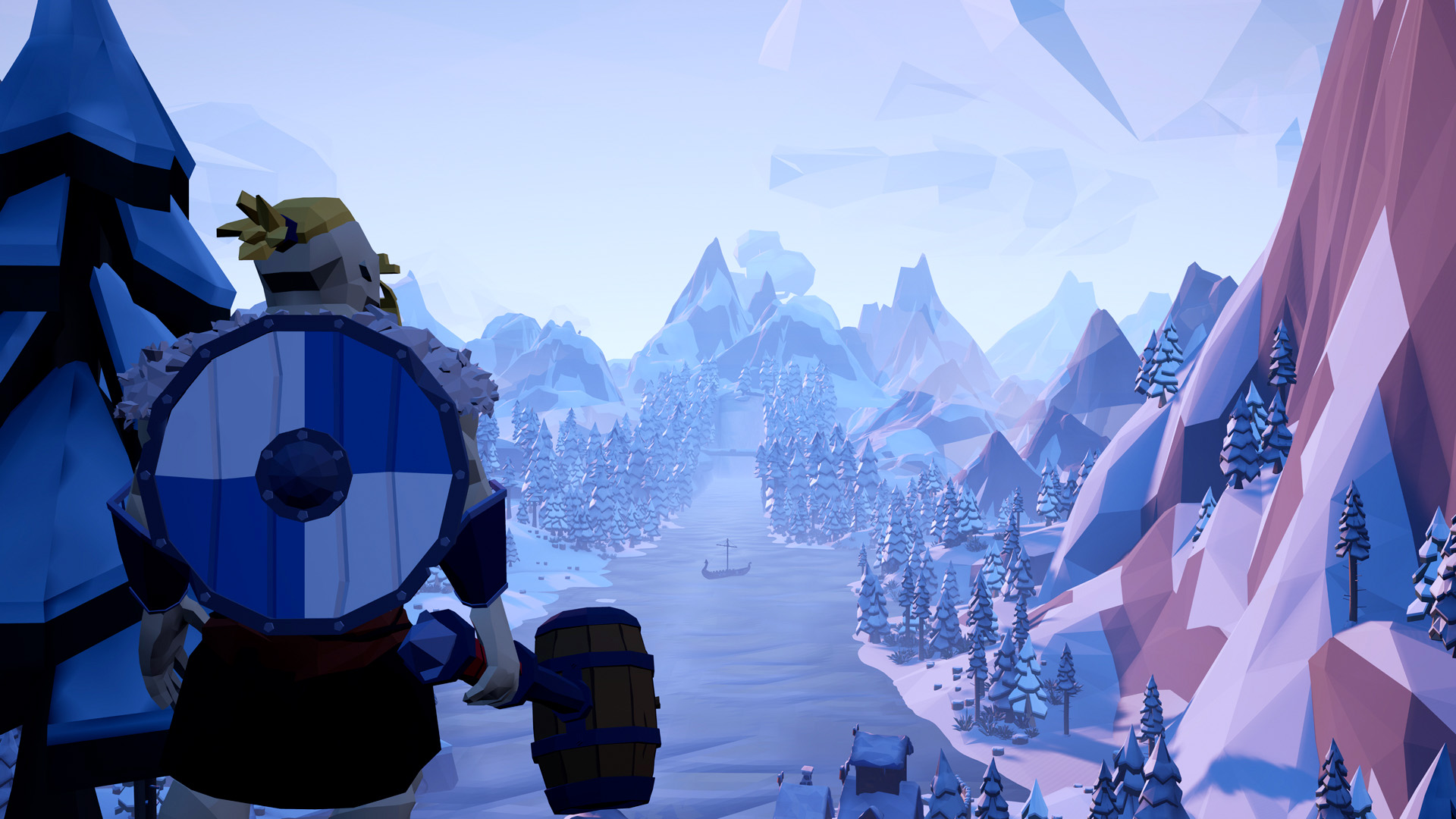 Even with these flaws, the game in its current state is still unmistakenly fun and worth picking up. It’s not a terribly unique game in the rhythm genre, but its style and delivery more than make up for its similarities to other, more popular offerings. When your team is rowing full boar down the waterways and then smash your shield to electrify them with a unified grunt, there’s little that can surpass that experience of your adrenaline pumping along to the beat. There’s plenty to enjoy here, and the thrill of the experience will have you returning to Ragnarock again and again.

Ragnarock is available now for Oculus and on Steam.