Using modern technology and retro shooter gameplay, Prodeus hopes to keep the spirit of 90s shooters alive, and from what I played in its Early Access version, it does. It certainly does.

Aside from DOOM (2016) and its sequel’s demon-slaying badassery, shooters don’t do anything for me; Frankly, I’m fed up with most of them. But where other shooters tend to lose my interest in a matter of minutes, Prodeus kept me glued to the screen for 5-6 hours the minute my first enemy exploded into bloody bits. It is visceral, badass and bloody; Just how I like ’em.

Let’s put this upfront; Other than small blurbs of text before starting the available campaign and each mission, there is almost no narrative whatsoever (at least not in this Early Access version). But let’s be honest, that’s not why you are playing. Maybe it would be nice to have a little bit more context as to the why but in the grand scheme of things, it makes little difference to the game’s quality.

It’s about going ape on demons with tonnes of weapons and explosions. Good enough reason for me.

Prodeus isn’t afraid to show what games inspired nearly every facet of its design and nowhere is this more noticeable than its visuals. Merging the old with the new, pixelated textures are realised in 3D beautifully managing to capture the retro aesthetic but with that modern polish. Whether that’s the insane levels of blood and particle effects to the variety of environments, each looks detailed and authentic to its source material; Plus it just looks pretty damn cool. The same can mostly be said for enemies, with some incredibly detailed sprites that were just as fun to look at as to explode — excluding one or two that had textures that were a little too muddy. 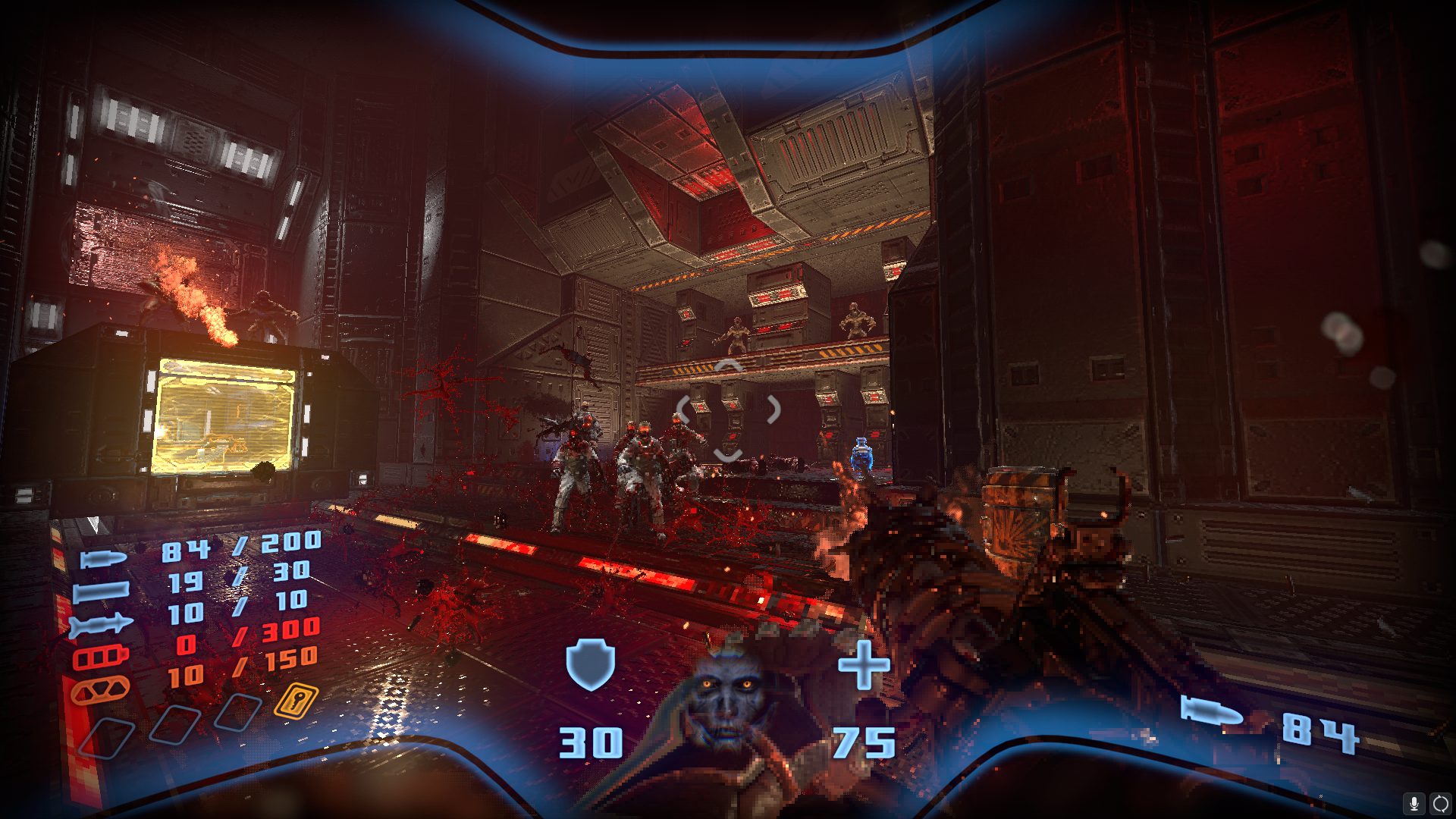 Now it may look the part, but with a game like this it comes down to one thing, and that’s how it plays. So let’s get this out the way; It plays fantastic. The gunplay is honestly some of the best I’ve experienced in recent memory, and with nine weapons currently available, you’ll have plenty of choices when it comes to how you want to eviscerate enemies. But it’s not just the volume of weapons that impressed me, it’s how they felt.

I can’t think of the last time I played a shooter and genuinely wanted to constantly swap and use different weapons because I wanted to, not because I had to. No two weapons feel the same, with each feeling totally different and featured uses that made them each valuable. It makes blowing your way through the hordes of enemies very satisfying, and with some stellar sound design, each bullet you fire and weapon you reload feels meaty, gritty and punchy.

What brings it all together is a mixture of great level design and enemy variety. Every level I played had a healthy mix of open areas and tightly knit spaces, with most of them flowing together seamlessly. Thanks to this, they are easy to navigate through with little to no issues, and the fluid movement and aiming means you’ll quickly get into the rhythm of skating around the levels. Each enemy encounter is made better by great use of space and verticality whilst never feeling too bloated, and with a healthy amount of enemies with different moves and patterns you’ll constantly be challenged to adapt. Ultimately, it’s the combination of all these elements that makes Prodeus so fun to play.

If you had told me before I played Prodeus it was about to enter Early Access, I probably wouldn’t believe you. The game felt polished and robust from the outset with no real issues in pacing, controls or gameplay that come to mind. The game feels like the shot of adrenaline I needed when it comes to FPS games. Its design is focussed on making you feel badass, and it does that so effortlessly. Plus with the addition of a pretty robust map editor, I’ve no doubt the game will garner a great community of creators and players who appreciate the game as I have.

Prodeus is a love letter to the shooters of yesteryear, and one that will hopefully only get better.