Insurgency, by New World Interactive, launched back in 2014 to a loud burst of fanfare. The game’s success came from a combination of it’s unforgiving damage system that forced you to play tactically as a team; it’s customisable load-outs, giving a massive variety of set-ups to the players; and it’s modern, relevant setting, with maps over the Middle East, Africa, and Central Asia. Oh – and it looked lovely too.

It was a wonderful fusion of features that had been seen dotted across other titles, but never combined so successfully. New World Interactive are still supporting the community, and there’s been a mass of updates and tweaks to the game over the years, adding new modes, weapons and maps as well as supporting mods. 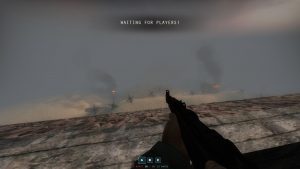 Day of Infamy is the latest mod to be supported in Insurgency, it’s a total conversion mod which strips about 70 years off the setting placing it into the throes of WWII. With a game that focused on realistic, unforgiving combat, and requires structure and pause, it’s a game that seems to approach the war without the Hollywood one-man-against-the-world style of earlier attempts to bring the war to multiplayer. (Although Red Orchestra certainly deserves a mention here)

The mod launched including the core mod files, overhauled weapons, character models, sounds and effects. It also included a playlist containing three maps considered ready to go. With the development of the mod built with community involvement in mind the sparse map selection, and the fact the mod was entirely supported and free, completely justified the forgiveness afforded it.

For the sake of my time with the mod I spent my time playing the Dog Red map, it’s a map themed for the Ohama Beach landing, with American forces pushing up the beach against heavily entrenched and fortified German forces. The other two maps were day/night variations of a map based on the Bastogne siege between the American and German forces in the Belgian town of the same name. 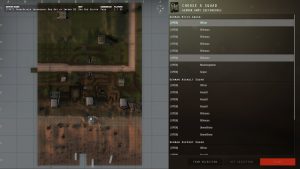 Day of Infamy still uses the load-out and role based squad system that the core game employed, meaning that when you first join up to the match you’ll be shown your team’s roster, and be able to choose which squadron and rank you’ll fill. The rank’s are the classes of the game, with officers, engineers, snipers, riflemen all having different weapons available to them. There’s a set amount of the more special ranks available in each of the squads. On squads themselves they are a further way of encouraging teamwork. Each squad deploys from a different point at the team’s end of the map, and with their limited amount of specialists in each it’s critical – especially if you are on the offensive – that you stay with your squad as best you can.

The load-out system of the core game is done based on slots, attachments, armour, grenades, it can all be pulled about and tinkered with, and the menu for this is extremely easy to use after a short bout of fiddling. Including mods there is a ludicrous amount of weapons, skins and combinations therein. Unfortunately at time of playing the DoI selection was left completely lacking, with almost zero customisation options, and guns restricted to those of the core load-out. The game was still enjoyable, classes still had their fixed roles, but it certainly was an absence that was felt. 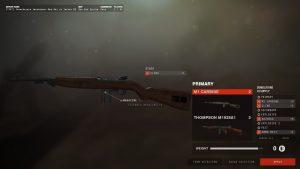 Dog Red as a map was well spaced and through the first few matches almost maze like at times. It had been a while since I’d played Insurgency, so myself and the two others I was playing with quickly dashed off away from the squad to our immediate death.

There’s really not much cover down on the beaches, and that mixes something potent with a game where a couple of bullets from an automatic rifle will put you to a long respawn wait. Blown out tanks, craters, and Czech hedgehogs serve as your only defense as you’re on the move up the beach – you can’t fire from the safety of the water, using the landing boats as cover, as the game simply doesn’t allow it. To make matters worse, the craters are there for a reason, mortars explode across the beaches in a pattern that there is simply no time to analyse as you are under fire – not a complaint, I should add.

What this spells is a rushed push up a beach from three fronts, 20~ soldiers trying to get up and off the beach, to climb the ramps into the maws of the pillboxes and trenches from where the enemies were firing down at you. Even then it stays tough, the only way to achieve a successful push is teamwork between squads, spreading the enemies over as many fronts as possible so that friendlies can take further footing. 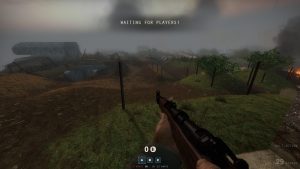 At that point though the sides change, the German forces spawn around distant points in the maps, still centralised, but only connected to the battle outside through tunnels, trenches and ramps. This is where the map really comes alive with the defenses taken, but still a mass of buildings contended and connected. It’s at this point that the game feels more like the core Insurgency that I had enjoyed before – tight, lethal combat over close quarters, a dependency on covering one another, and clearing areas in as organised a fashion as you can.

The game’s unforgiving nature when it comes to damage is, however, extremely welcome throughout the experience. With no hit markers, and no large “Killed” or score messages being pasted across the screen there’s ample reason to try and (make the Americans/) take the beach slower than needed – a light machine gun correctly placed can stop all but the most persistent or accurate soldier from advancing.

Unfortunately, as with most gaming experiences, there’s people far too willing to take advantage of the map. During my three hours playing the map several of the opposing force while I played the Americans, actually came down onto the beach and tucked themselves in corners, waiting. With the lengthy respawn time, and the inability to communicate when dead, there was no way to immediately inform the rest of the squad of the enemy doing something that, simply, a single German soldier would have been ridiculously unlikely to do.

Graphically the early build actually looked quite dated as low-detail (compared to the core game) models of soldiers stare, unblinking into the middle distance. The map itself also felt a little weak compared to some of the fantastic core content. That said, the guns, as would be expected, all felt different, and looked exceptional.

While I may not have enjoyed my time with Day of Infamy as much as I did the core game, it’s clear that there’s a lot of solid parts to the mod already functioning as intended, with a little work New World Interactive, and the community developers, will have no doubt quashed these small weaknesses I’ve discussed – and I know full well that the weapon count will swell massively over the coming months. Don’t forget as well that the mod is completely free, and the core game outstanding – so if you’re hesitating on the purchase I sorely recommend you put those hesitations aside and give it a go.

:Notes: This piece was recovered from notes. A piece created from the same notes was originally posted on Finalbossfight.co.uk back in January of this year. Images were similarly re-sourced, in this case from an empty server.