Being a goofy little ghost who can possess basically everything seems like a really easy way to live. That is, until King Thing finds out, and wants to put a stop to all of your fun! Polterguys is a fun, quick multiplayer game where you and your friends play as little ghosts, running from King Thing.

Polterguys isn’t actually a race, and is more about outliving everyone else on the map so that they get caught by King Thing. Running around the map, you can find lots of corners to attempt to hide in and lots of different objects that you can possess, but the King Thing is very good at their job of finding you. You see, this character is an AI, which is programmed to target whoever is nearest and to follow around the map in unconventional and unpredictable ways. 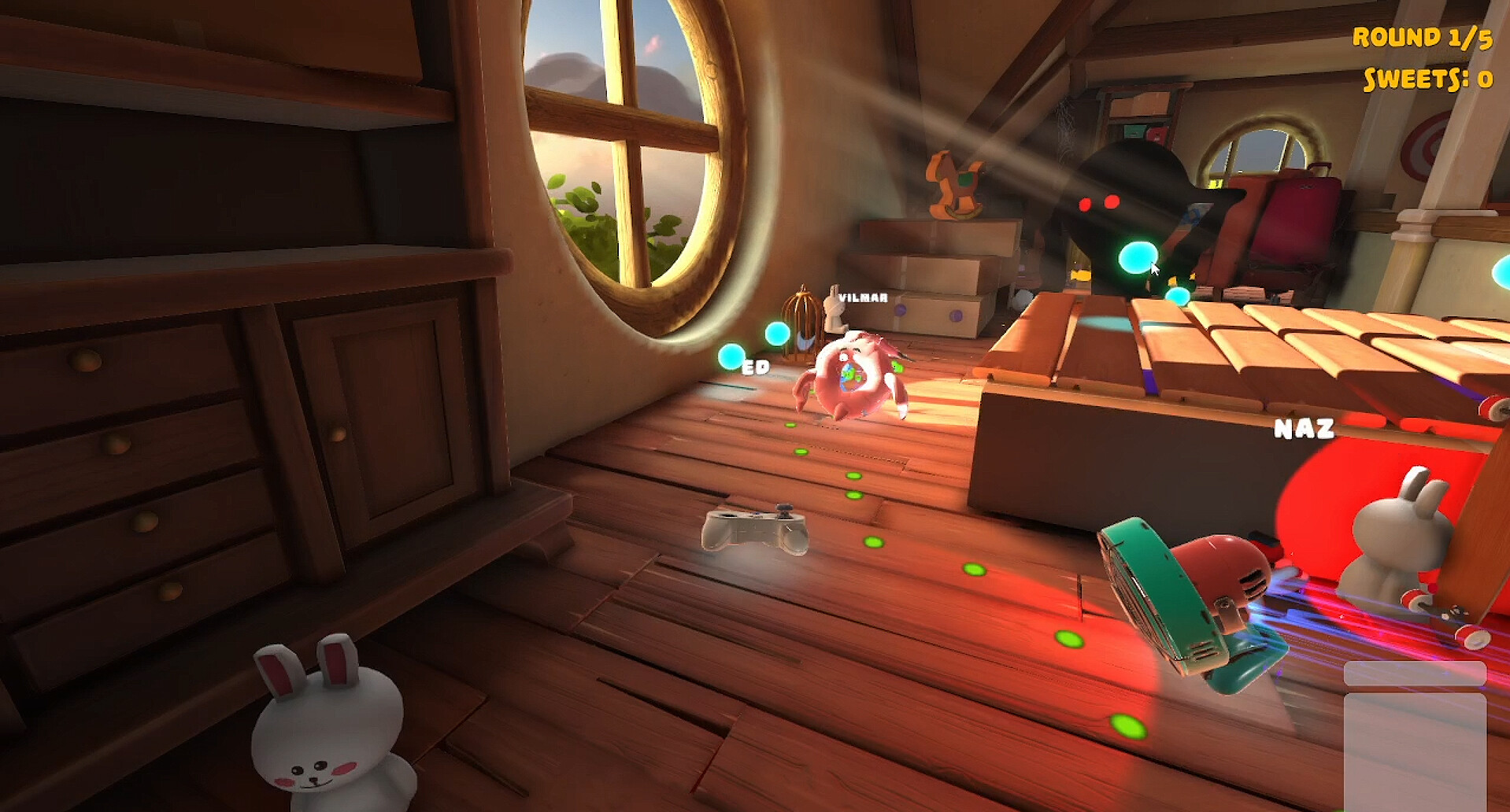 This means that Polterguys becomes a chaotic, massive marathon around the map, while a bunch of different ghosts take on different forms and try to hide as best as they can. The chaos factor makes the game fun and the challenge of the King Thing is one that cannot match your most skilled friend.

Polterguys is one of those couch co-op games where even if you do get caught, you can have a lot of fun actually watching your friends try to avoid the King Thing. I am sure people would also shout at the screen, in an attempt to help their friends too. It’s just a really fun, frantic game that comes with a new concept to avoiding a king! 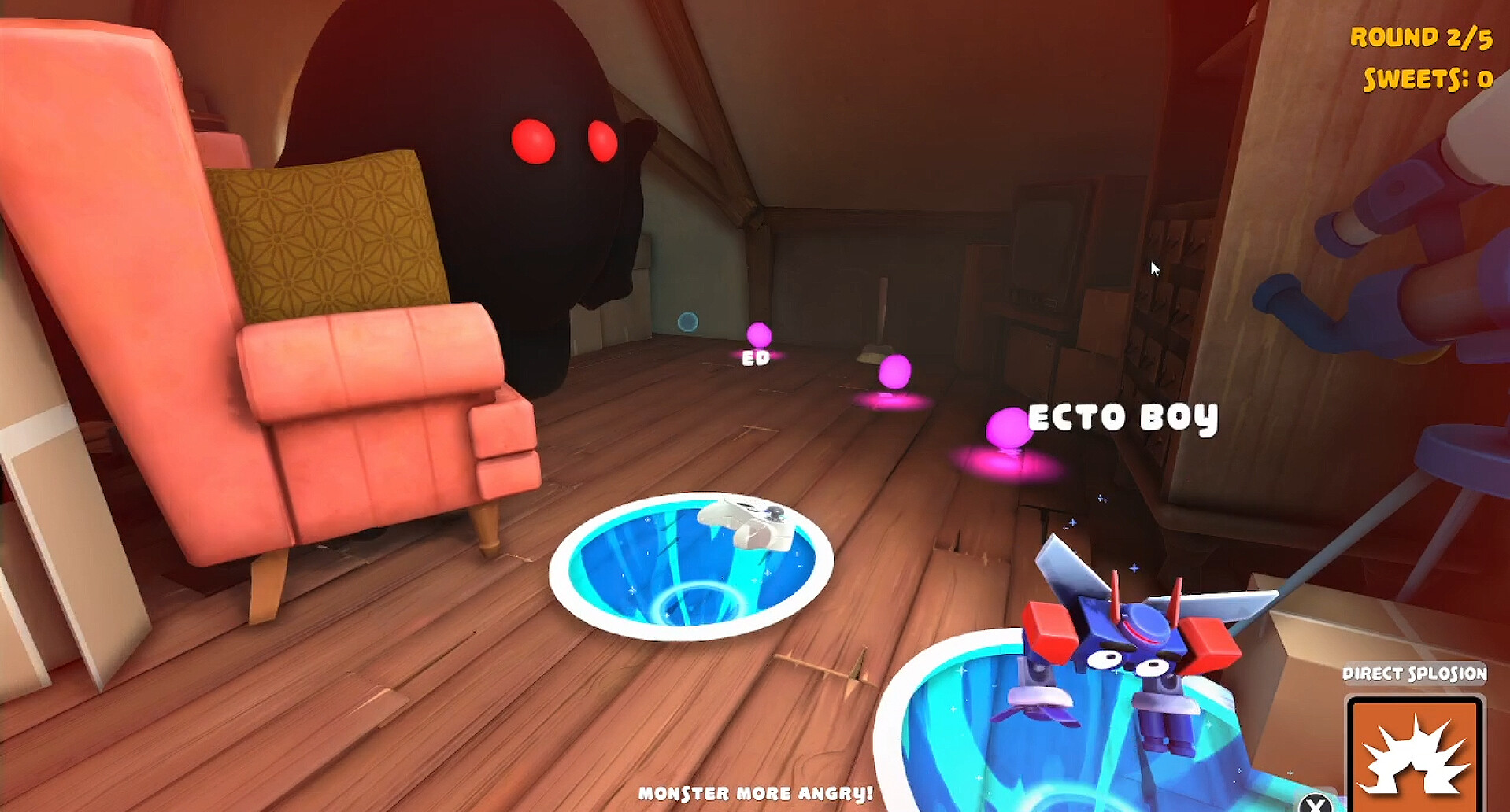 I got the chance to check out Polterguys at EGX, where I played an early demo of the game. The developers spoke about adding more maps, more modes, and more chaos to the game which all sounds like really great additions.

You can currently wishlist the game on Steam.