Deckchairs on the Titanic is a two to four player tabletop game all about trying to gain the most tips by placing strategic deckchairs on the deck of the Titanic, before the whole ship goes under! Before we dive into this hands on piece, I am going to point out that I played the jumbo version of the game at Tabletop Gaming Live, which works the same as the regular, board game sized game, however makes a bigger impact at events. The majority of the images in this article will be of the jumbo version of the game.

Deckchairs on the Titanic is a pretty simple game to understand. You have a specific color and get corresponding deck chairs and a meeple. At the start of the game, the deck of the Titanic is filled with different symbols. In the two player version I played, I wanted to get my red chairs on the red symbols to gain two points and could get them on blue symbols to get one point. In the middle of the board, there is also a white symbol that gives you five points! These symbols change location based on the board that you are playing on. The chairs are also placed down, depending on the symbols on the back of the board that you are playing on. 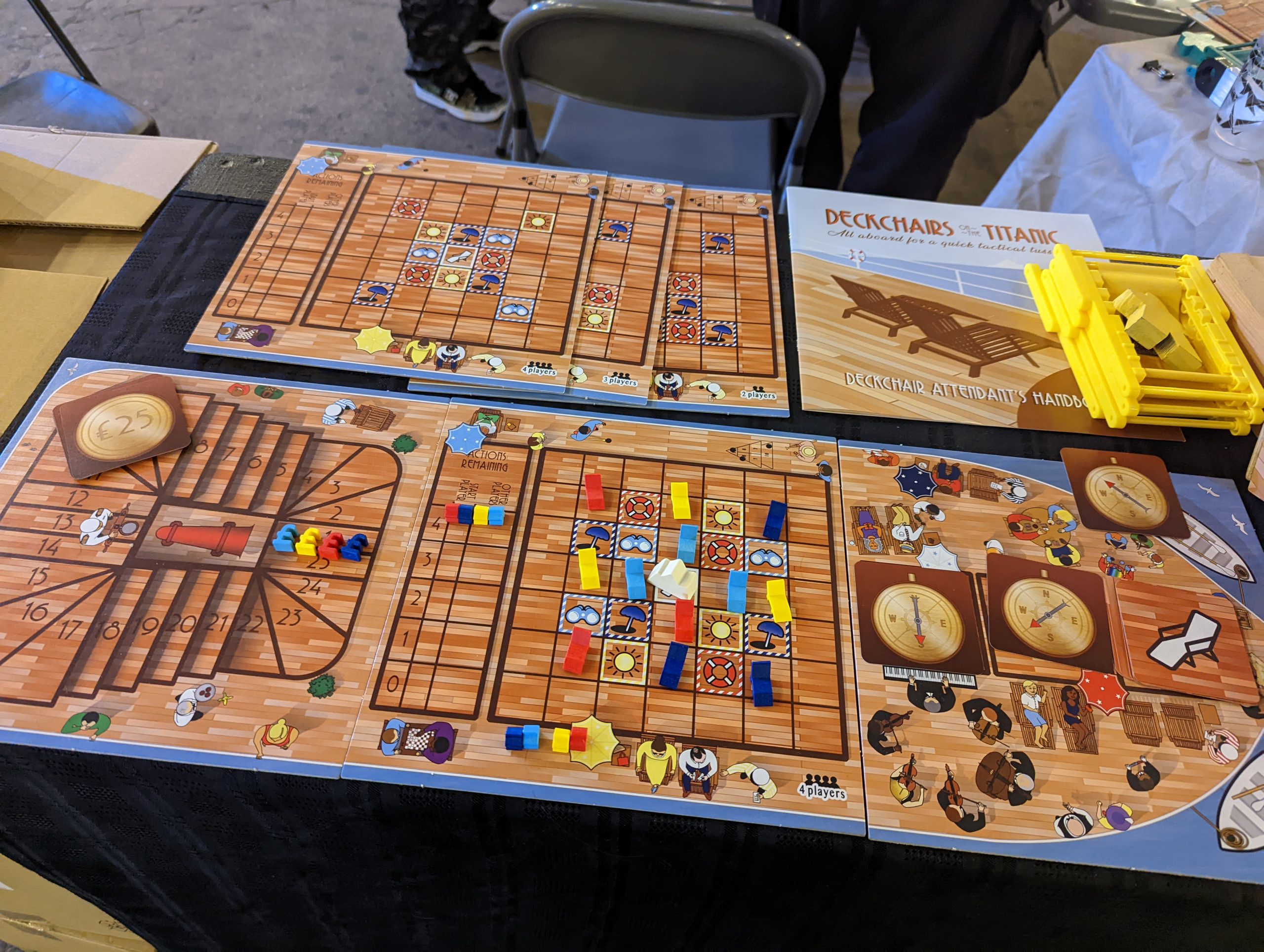 You also have a deck of cards that are then placed out, which show the movement of the ship on each round. This card is revealed, showing where the chairs will move once they’ve all been placed. They will move one space in the direction of the compass arrow. When it comes to your turn, one by one each player will choose one action to perform. This can be either nudging a chair of their choice one space, using the iceberg on the board to hit a row of chairs forward or placing your single meeple. 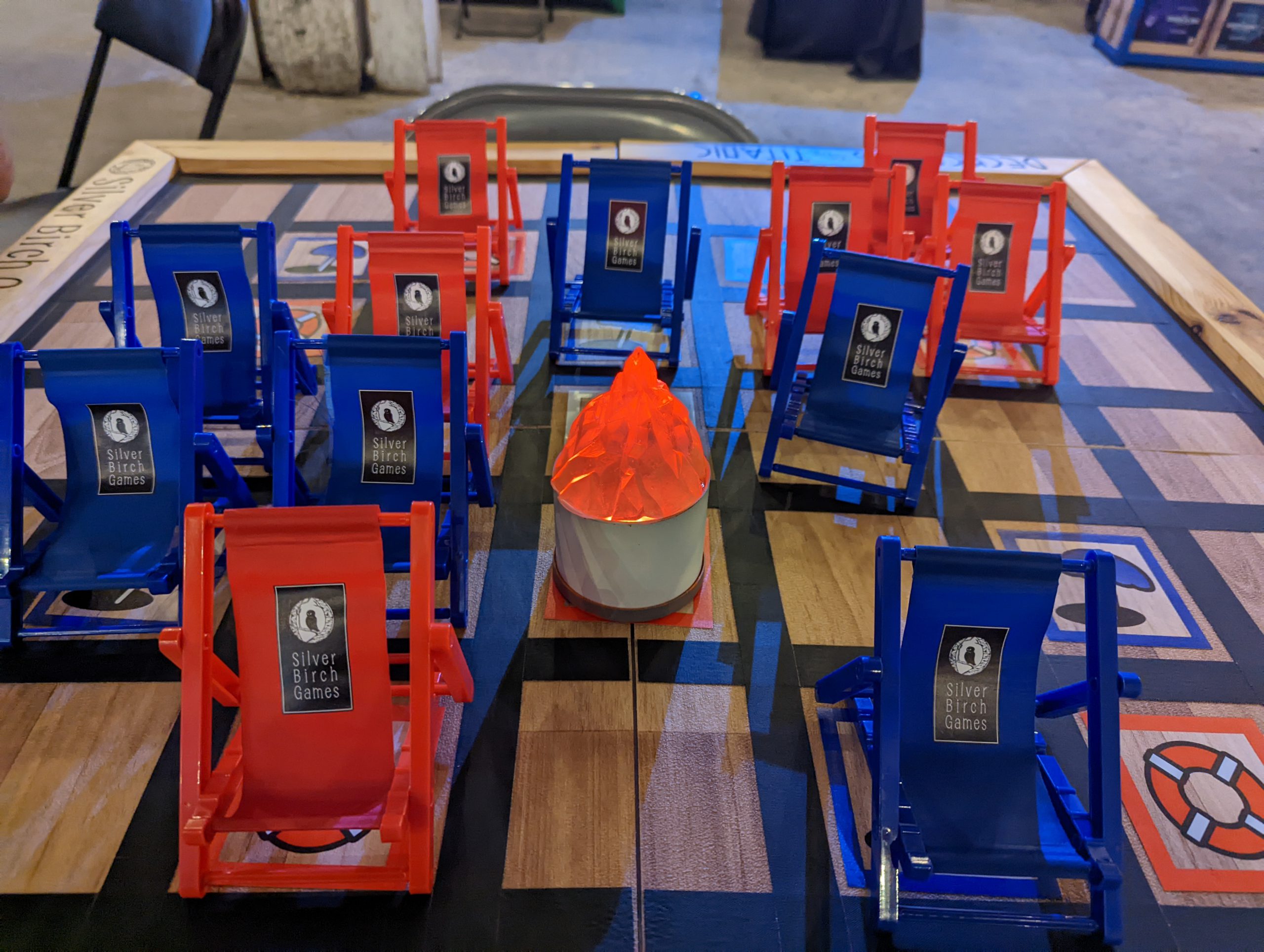 In Deckchairs on the Titanic, placing a meeple will mean that chair cannot move; not by the direction of the ship at the end or by another player. Once all of the rounds are over, the ship will work its magic, moving chairs until they hit either the edge or another chair, then points will be counted, before moving onto the next round. If you are playing the normal version, a lot of thought has been put into tracking the different rounds and different points, which really makes this game seem simple and fun. 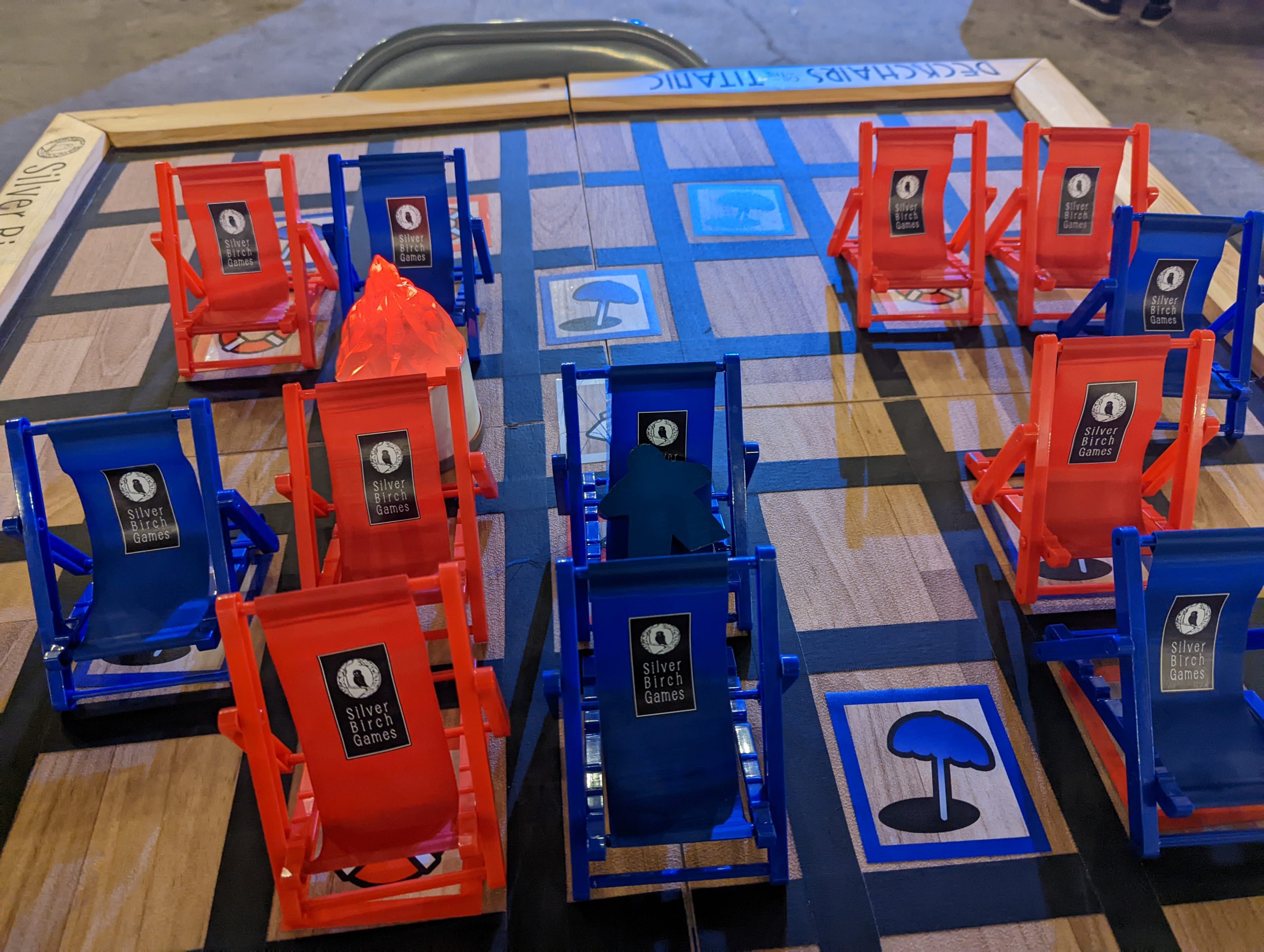 It’s a simple game that becomes quick in your moves once you have placed a round, as you can clearly understand in your head what you need to do. I love the idea of the game being about the Titanic, but not about anything you would have imagined a game about the Titanic would be; it’s just a deck chair game that could be on any boat! This game also works really well as a two player game.

You can check out Deckchairs on the Titanic on their Kickstarter.