Party Hard Tycoon is about to get the Party Started

Get your body spray, leather pants, and heels and throw ’em aside! This time you’re the host and have to plan everything in Party Hard Tycoon!

Let me start by saying I don’t condone violence in any manner. With that out of the way, Party Hard is a very unique game that tapped on some primordial frustrations we have all had with neighbors. Especially those who like to have large parties well into the morning. Party Hard gave you the power to turn into a horror slasher character and end the parties. So, what if the table were flipped? You are the party mastermind. Good times, booze, music, and food are the tools, and the theme and venue are your trap for poor hapless victims. Your goal? Throw the ultimate party and make some sweet, sweet cash. 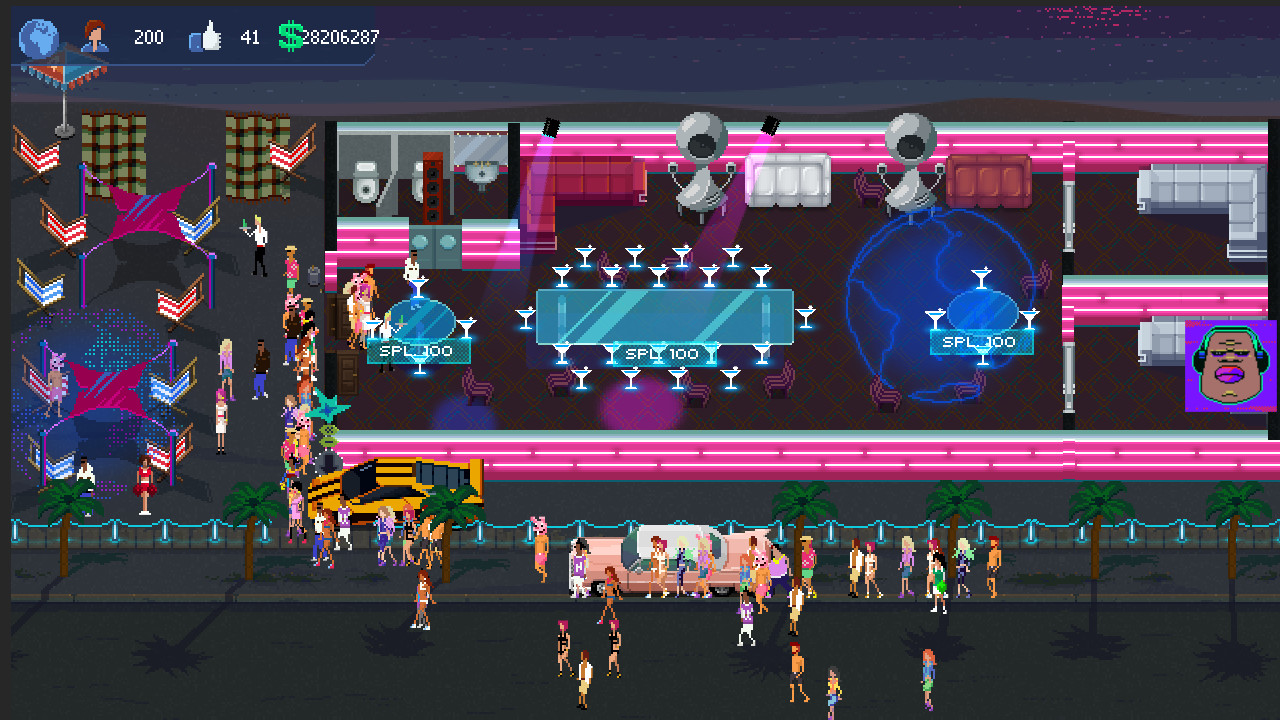 As of right now, Party Hard Tycoon is in alpha. There is quite a bit though already in the alpha and it gives you, the player, an idea of where this is all going. You can plan parties, level up, and choose upgrades. This is all very basic stuff, but it all runs very well even in its current alpha state. The similarities between Party Hard Tycoon and Party Hard are all aesthetic. As soon as you load up the game you feel comfortable and familiar with the pixel graphics. Graphically, I love what Pinokl games does, as it packs so much detail and fun into its sprites despite there not being much on screen.

Now anyone who has actually planned a party will and can relate to this simple statement, ‘Easier said then done.’ This more or less applies to my experience while playing Party Hard Tycoon. For one there is sadly no explanation of anything really. “Throw a party, bruh!” That’s basically the gist of the tutorial. There some minor details but nothing that explains to you how the game runs. This is all forgivable as its in alpha state. I spent most of my time wandering through different venues, themes to see what worked and what didn’t. 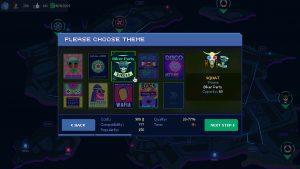 As far as a tycoon style game goes there is quite a bit of complexity here. You manage every single aspect of the party. You choose a location, the theme, the staff, and finally rig equipment and where everything goes. These options begin to rack up quickly as you blaze through levels with successful parties. What is a successful party? I have no idea to be honest.

Each location keeps track of your purchases and those are tied to that location. However, themes work best in certain locations. You’re not going to throw a beach party at a bar, as an example. That example though is pretty cut and dry. In the game it’s way more vague. In a way that sums up my experience with the game. I didn’t know what I did that worked and what didn’t. You just randomly throw elements into a blender and hope for the best. The locations are nice and varied and keep things fresh.

Themes range from Rastafarian, punk rock, 80’s, and more I am sure I have yet to discover. This is one area I hope is expanded upon in the overall graphics department. Right now the theme doesn’t really change much aesthetically, other than one sign at the location and what score your party is going to get. Throwing a Halloween party would be fun if it had related items. Having that Steampunk party would be way cooler if it looked like it.

The party itself is on fast forward and takes longer to plan then to enjoy. After placing speakers, beverages, decorations etc, the doors swing open and the party begins. It lasts about two minutes. People rush in and rush out and you have no idea if your party was successful until the stats roll up afterwards. The parties are also the most tame parties I have ever seen as nothing really ever happens. I want fights, drunken breaking of furniture, fake celebrities, the killer from Party Hard to show up! Why not have UFO’s abduct people, dance offs, and other random crazy stuff to happen. Isn’t that what makes parties fun? You do have the option to extend the length of the party for cash but this proved to be counter productive for me. 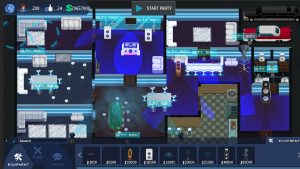 There is plenty of room for growth in Party Hard Tycoon. Social media can play a huge part in the making of a party. This idea is in the game but is rather small. Steam Workshop support is an obvious addition and will swing the door open for all sorts of creative ideas to be implemented by the community. If that will happen is yet to be seen.

On the other hand, Party Hard Tycoon does have all its ducks in a row. Everything runs well and is smooth to play. It just needs all those bells and whistles to capture my attention and elevate that level of fun. Which is exactly what an alpha serves to do. It is also quite possible I just suck at the game and I need to play it way longer. The beautiful part is that you don’t have to take my word for it, you can play the alpha yourself! Go download it and give them good feedback so they can make the best game possible.

Party Hard Tycoon currently has no ETA on release. So make sure to follow the publisher and developer on their social media and website. I will be keeping a close eye on Party Hard Tycoon and planning out my next neon rave. Check back at B3 as development continues. Til then, “Party on Wayne, Party on Garth!”