The long-awaited sequel to 2014’s Out There, Out There: Oceans of Time, has finally arrived. But, how do you build on an almost perfect, run-based game?

Mi-Clos are a studio that doesn’t mind dicing with difficulty. Being constantly aware of the risk of death, and subsequently carefully managing your resources — whether that’s personnel or cargo — is the real lesson that their games teach you. In Out There: Oceans of Time, as in Out There and Sigma Theory, you can lose characters or the entire campaign if you don’t keep a view on the bigger picture before embarking on even the smallest expedition. Once you’ve got that down though, and as long as you don’t forget those fail states, the game is fully open for you to explore.

To answer the question at the start of the post, the best way to build on an almost perfect, run-based game is to either widen or heighten the content. Adding in new varieties of planets, extending the length of a run, or adding in new visual/skin options are all things that have been done over the years to extend a game’s lifespan. That isn’t really what’s happened with Oceans of Time though.

Oceans of Time, rather than going through the same-gen style sequel process, has gone through that sometimes-clunky console-generation hopping sequel treatment. The one where a lot of the artwork has been redesigned to cater to new technologies… and not always for the better. Before I get into why I think that’s a misstep, I want to address the fact that there are a fair few people out there who don’t like the game for a variety of reasons and that lots of these seem to be dunking on mission variety, game depth or the newer mechanics; I don’t think any of these are issues at all, in fact, the newer mechanics are great. 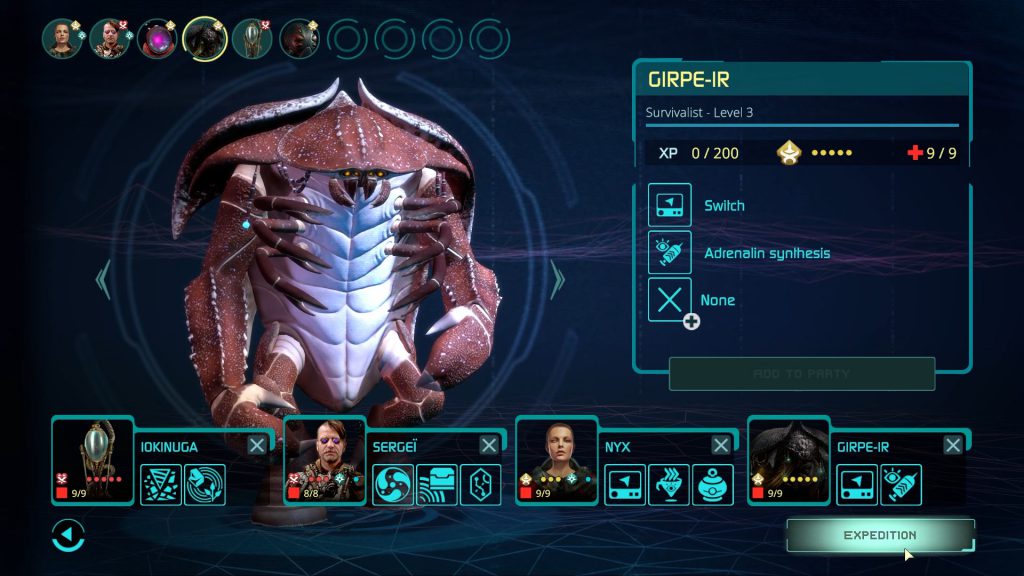 A new visual style has come in, but it’s a bit like when gaming moved from the heavily stylised 16-bit generation into 3D visuals. The focus on these realistic models rather than having a set readable style ended up with the game looking very aged. I guess that’s the thing, compared to the stylish design of the first game, Oceans of Times‘ models look incredibly aged and dated, especially in conversation sequences. That said, the character art while in missions is great, and it almost feels like that would be better next to the character’s text when they talk, motionless, like in earlier RPGs. It’s also great face-on in the character selection or mission selection.

In fact, maybe the biggest issue here is that the writing, which would be top-notch for a TV show or film, with sweeping cameras and people running around like maniacs, is strapped as blocks of text under those, slightly portrait, almost static characters. 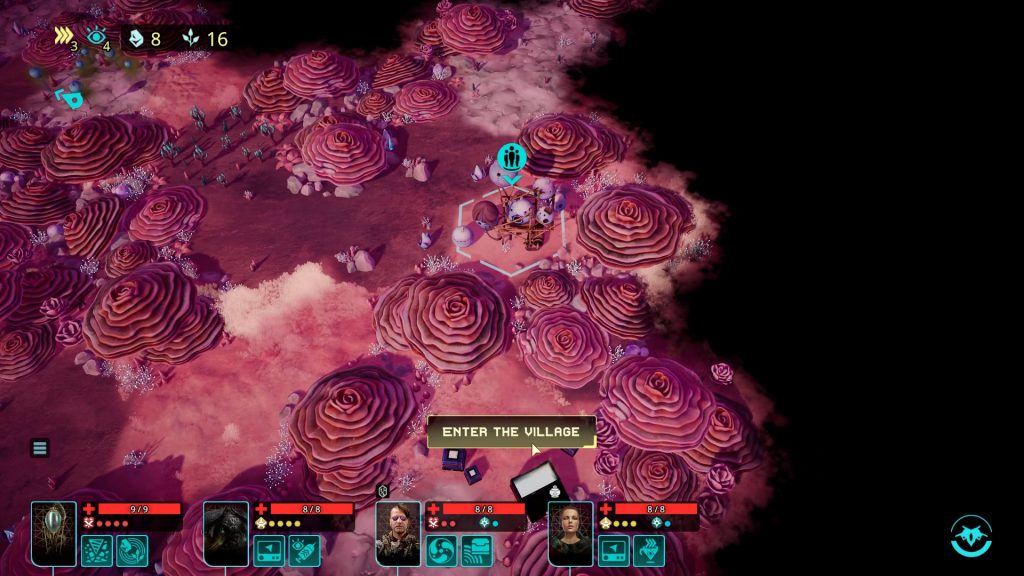 Character artwork aside, everything else looks great. The in-mission UI is great and clear, the text is easy to read and there are no glaring issues with any of the text. Some players might find the resource refining and creation (a twist on inventory management and production lines) difficult at first, but it’s essential to progressing and once it’s clicked together it’s easy enough to stay on top of… not least because survival rather simply boils down to Fuel, Morale, Oxygen and Hull levels.

The new systems are great. I really enjoyed the on-planet missions, even if they didn’t feel quite as free-form or impressive as zipping between planets, it did really make the setting feel a lot deeper, and open up different styles of play. The ability to add crew to your party and then also specific roles on the ship slots in with this new take on exploration and really gives you a feeling of accountability when things do start going wrong — if a game isn’t going to strip controls down to the basics, then they should always make the player feel as though each thing plays a role in their failure when left unattended. Mi-Clos have done a great job of balancing this here.

If you want to play a game where you jet across the universe, exploring planets and savaging to survive then Out There: Oceans of Time is the game for you.

Out There: Oceans of Time is available now for Windows PC.