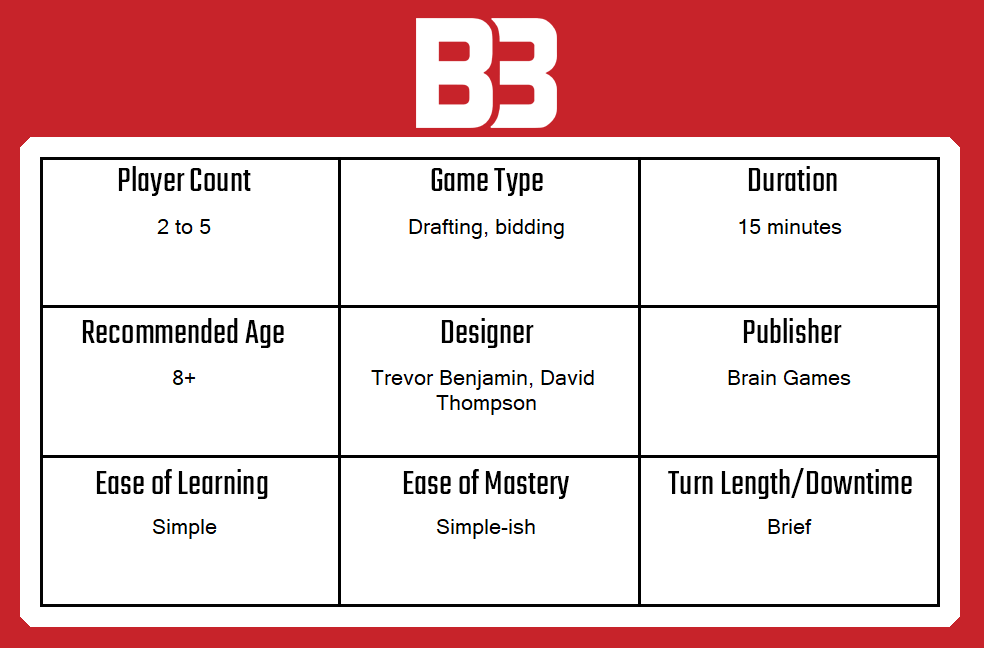 Ever fancied hosting your own Olympics in a fantasy realm filled with Legolas-alikes and Frodo clones? Well, now you can. Whilst we’re on the subject of puns, what would you call those Olympics? You’d call them Orc-Lympics, wouldn’t you? No. No? Of course you would!

In Orc-Lympics, the players simply draft a team of eight fantasy world athletes to compete in a series of seven events. Each event has one of three different focuses, including speed, cunning and strength. Some athletes make good all-rounders, whilst others excel in one particular area. Perhaps the most important aspect in building a team, though, is that it can only consist of competitors from three of the six races.

The events themselves are set up randomly, with the players able to see the seven events before drafting. Those events are sorted by value so that players compete for the less valuable events first. This means players are free to prioritise which events they want to win before the game begins, but the draft mechanic keeps everyone on their toes. At the end of six normal events, there is a main event, which is worth more points than the others. At the end of the final event, the player whose team has the most cumulative points wins, granting them the title of The Orc-Lympic Champion! 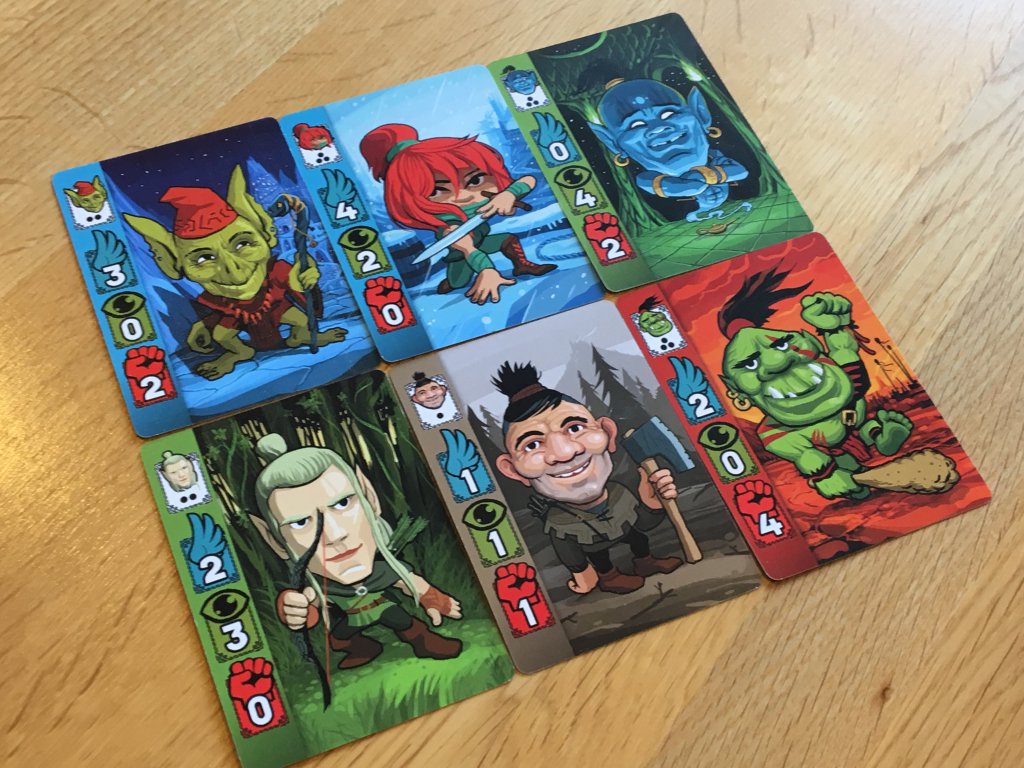 There isn’t a lot to Orc-Lympics, but what does come in the small, attractive box is all very well formed. The game consists almost entirely of cards, which are made up of twelve events, three main events and fifty-four competitors. It also comes with two standees — a gold cup and a silver cup which are passed between the players as and when they take the lead in an event.

The main thing to call out is that the artwork in Orc-Lympics is attractive and clear. There is a little bit of repetition among the cards in terms of art style, but I think the decision to spread the skills of the athletes in different ways (even within those of the same race) is a good one, as it adds an element of uniqueness to each competitor. The manual is very brief, though perhaps a little elaborate considering the simplicity of the game, but it is nonetheless entirely up to the job at hand. 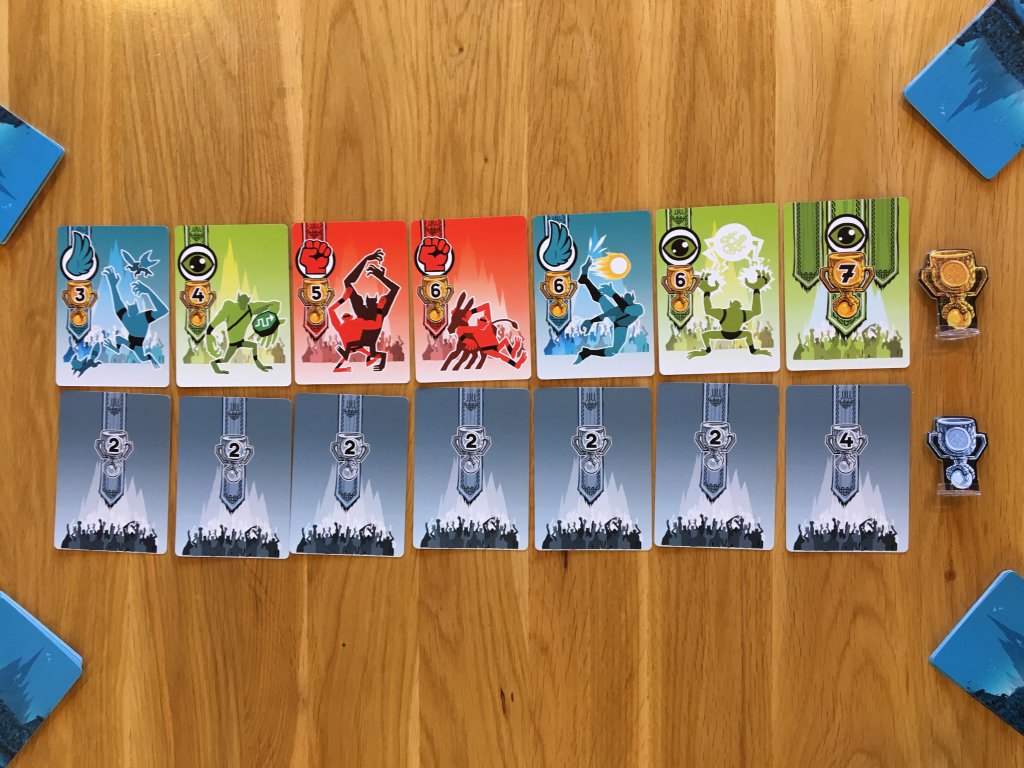 Whilst Orc-Lympics is a fairly light card game, it uses its drafting mechanic, random event setup and a few other rules to deliver a satisfying and surprisingly thoughtful experience. The drafting phase introduces something novel that not all gamers will be familiar with and by providing open information about the events to come, it levels the playing field.

The rule enforcing a maximum of three races per team ensures (due to the strengths of each) that players won’t easily be able to focus on winning every event. Additionally, whenever a player fails to score either gold or silver in an event, they may take back one of the athletes they used in this or a previous round. An optimal approach to winning in Orc-Lympics is to know which events to focus on and when to bow out graciously.

Competing in events works a bit like other card-based bidding games, although with the amount of thematic structure the game builds, you won’t realise it. Players act in turns, placing the athlete they would like to compete face up on the table, then passing when they have none left or don’t want to use them. It’s possible to have two or more athletes in the same event — whichever team has the highest cumulative total among competitors wins. Once a player passes, however, they will not be able to re-enter the competition. 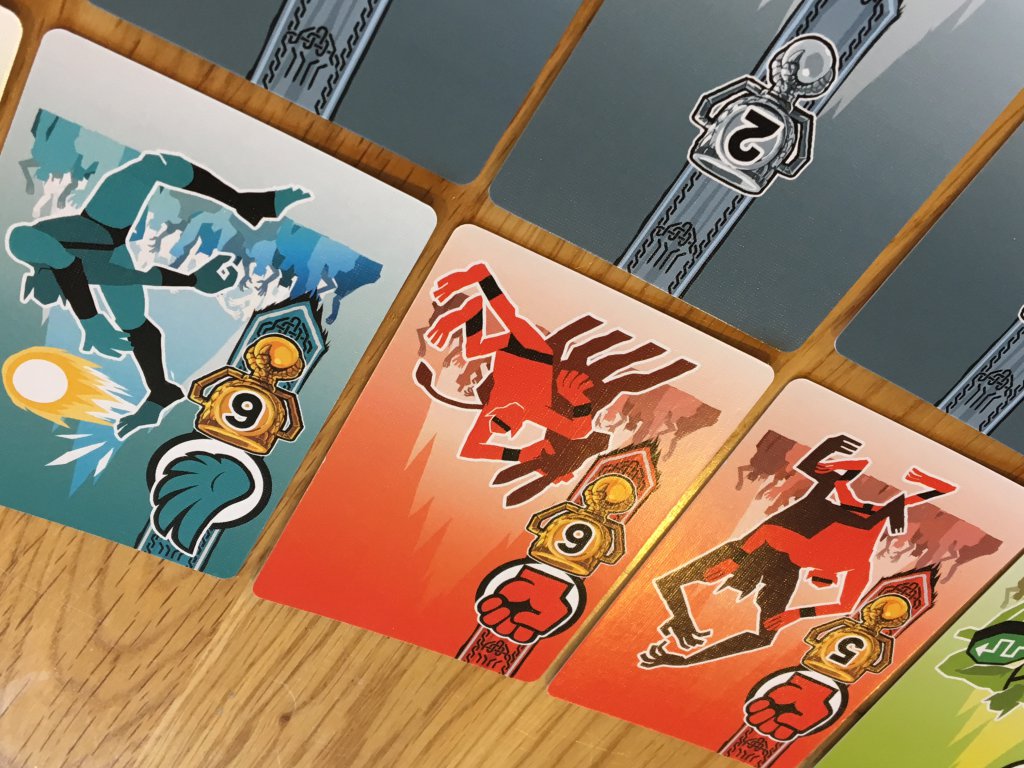 Scoring passes around in an interesting manner which also makes turn order important. The player who wins the previous round always begins first and as long as they play an athlete, a gold cup standee passes to them. If the next player uses a stronger athlete, they take the gold cup and a silver one goes to the first player. If the next player takes the lead, the gold cup moves to them and the silver cup moves up as well. This continues until the final player passes and a winner is declared.

Whilst Orc-Lympics looks cartoonish — and perhaps a little childish — it most certainly isn’t. It is, in fact, a great game to play across a wide age range, offering an attractive but thoughtful experience for children or a more-interesting-than-the-average-light-game title for adults. There’s a lot of depth and replay value, which is unusual for small-box card games and I’m convinced there’s no end to the number of times I could play Orc-Lympics. 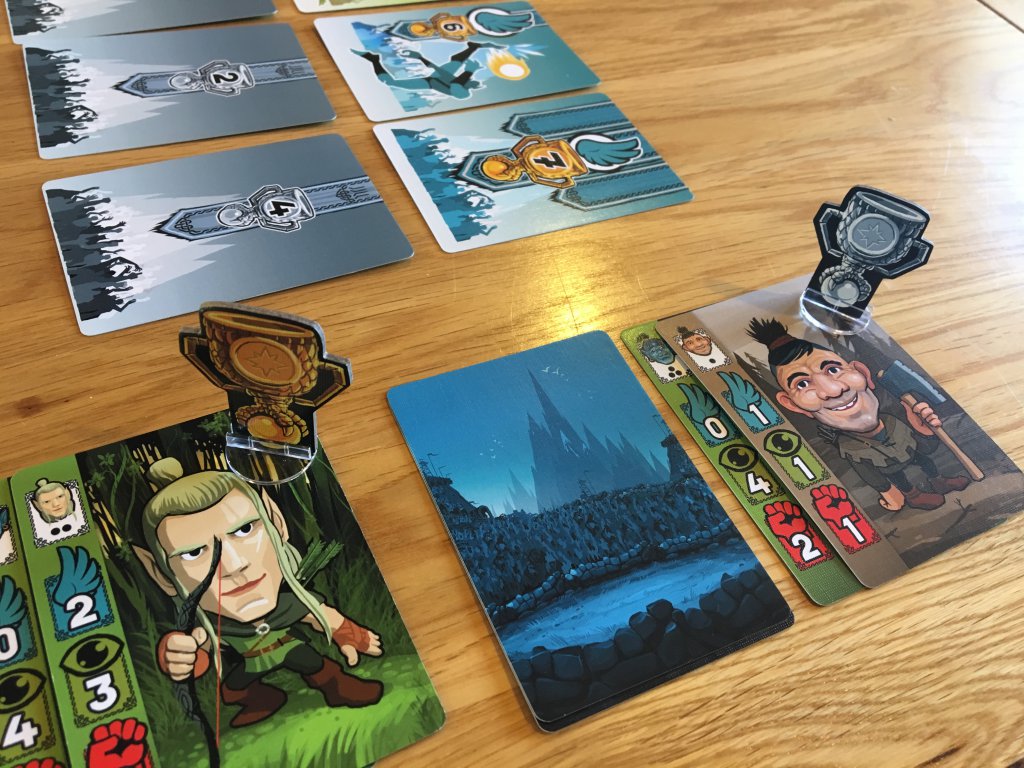 With such lovely looks and such an unassuming little package, Orc-Lympics could easily be passed over by more seasoned gamers, but that would be a mistake. It’s a surprisingly deep game with different mechanics that work exceptionally well together. Its constituent parts are varied and interesting, but the basic gameplay loops are such that it is possible to learn how to excel at it, and there is basically zero luck involved. In summary, a very solid small-box game.

A copy of Orc-Lympics was provided for review purposes. You can find out more about Orc-Lympics on the website of publisher Brain Games.