Oceanhorn almost certainly takes inspiration from older games — mainly the classic Nintendo GameCube title, Legend of Zelda: The Wind Waker, which gained many fans for its interesting new style, storyline and gameplay that later became iconic. Now, this isn’t about Wind Waker, of course, it’s about Oceanhorn! Whilst it does seem to take inspiration and insight from what made Wind Waker popular, it is still its own game in its own right, with an original storyline and mechanics that differentiate it from any of the Legend of Zelda games.

In Oceanhorn, you play a young lad trying to find out where and what happened to his father after his disappearance. You get to explore many different islands on your trusty little boat, with varying environments, challenges and puzzles on offer to keep you interested as you unravel the truth.

Oceanhorn is reminiscent of old RPG games (anybody who did ever play Wind Waker will definitely know what I mean — although it also reminds me of the Legend of Zelda games that came out on the Gameboy, too!). There are a lot of characters to meet, locations to venture through and puzzles to get past to progress the storyline. You may need to figure out which order you need to go through certain islands to progress, which can feel a little back-and-forth if perhaps you’re not used to this old-school playstyle. Still, I genuinely feel that it keeps your interest, as you have to go out and explore yourself, get hints off island locals or signs to find out what you should do next. Even though the story is slightly linear, it’s not too linear.

Typically, you’re also able to level up and collect several different armours, outfits and weapons to customise your character. Although the level of customisation isn’t that deep overall, it’s still a nice touch with some nice designs — but it may not be enough customisation to keep some gamers interested. It is a very casual RPG, hardly overflowing with content in that respect.

Whilst I feel that a lot of charm and love has been put into Oceanhorn, it does feel somewhat lacking in terms of combat in particular. The combat itself it very static, a bit buggy at times and not always very responsive or accurate. It’s definitely not such a memorable part of the gameplay that it makes you want to come back for more, and is fairly boring. (Who doesn’t love awkwardly sprinting in a perfectly straight line into a wall?) Although, combat isn’t really the core aspect of the game, apart from in boss fights, which can prove somewhat difficult due to the controls’ responses — but they are far from impossible. It may prove easier to try using a controller to get around this issue as they may be more responsive, but on the whole, using mouse and keyboard is genuinely harder to use. 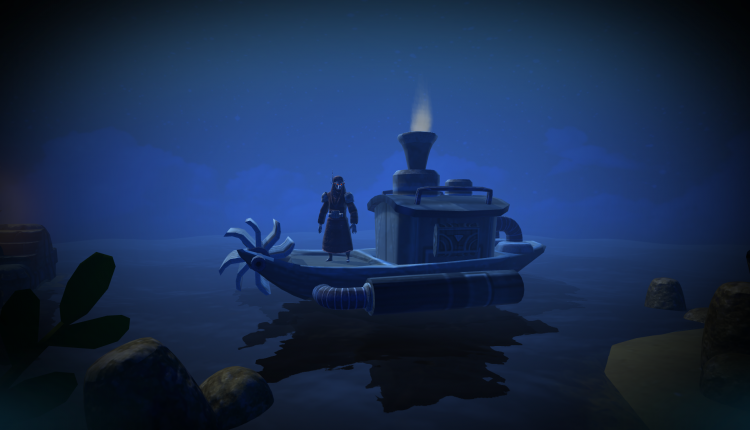 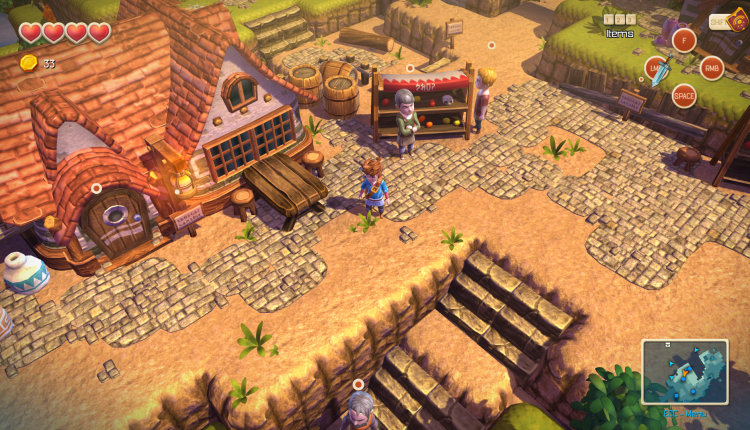 Whilst the storyline isn’t terribly memorable and seems to end quite abruptly, it will still appeal to some fans of the genre, and to easy-going RPG gamers who don’t fancy an intense storyline, for a change of pace. Oceanhorn’s graphics aren’t jaw-dropping at all, but it’s still very bright, colourful and appealing, with lots of different environments and islands to visit. You don’t just feel like you’re always running around the same places, as you progress through some of the islands relatively quickly, or some might have a lot of different locations on a single island to explore, giving it some variety. That said, the style of top-down gameplay may put off some gamers and make some of the environments feel a bit same-ish, although this largely depends on your taste in RPG games.

Now that Oceanhorn is available on a large array of consoles — such as the Nintendo Switch — its doors have been opened to a much larger range of audiences. It is definitely made for more laid-back gamers, fans of old school RPGs and younger gamers who maybe aren’t just jumping straight into something like Dark Souls. (Not quite yet anyway.)

With a larger audience, we may see a more polished and refined sequel to Oceanhorn at some point in the future as, if they improve on the controls as well as some other aspects of gameplay, it is already confirmed that they intent to make a sequel titled Oceanhorn: Knights of the Lost Realm. This seems to do away with the top-down, point-and-click style, seeming a lot more like a genuine RPG (albeit maybe still a bit similar to Wind Waker style) with exploration even more at its heart than before The sequel looks unquestionably promising.

Overall, Oceanhorn: Monster of Uncharted Seas is a good, casual RPG, but it does have room for improvement on the whole in terms of mechanics and gameplay. All else aside, it’s still a good game which will have harnessed a loyal fan base, and may do a lot better once the sequel comes around some time in the future — there will without a doubt be many more improvement in some areas where it was lacking.

I would recommend Oceanhorn to any fans of the old-school style of yester-year’s RPGs, or anyone who just wants a nice, laid-back time playing a game. As it’s available on practically every console system out there, it’s a nice little find — especially if it’s on offer on top of that — and is appropriate for gamers of all ages to get stuck in.