Minecraft: Heroes of the Village – keep the baddies out!

After playing Minecraft: The Board Game, we were more than excited to hear that a new Minecraft themed tabletop game has made its way into the world, this time more focused on fighting off illagers. Minecraft: Heroes of the Village has you and your friends working together to keep your village safe, as mobs appear and angry illagers start coming your way.

First, let’s talk about the setup in Minecraft: Heroes of the Village. Each player will select a colored based and grab a tile piece that is the same color. This tile piece is the player’s inventory. Then, the player can select an Avatar token and a pet token to put on their base. These avatars and pets have their own tiles that connect into the inventory tile. Each pet comes with a different bonus; the llama holds an extra item, the wolf adds plus one to attack, just to name a few. These can be extremely helpful when it comes to the game. 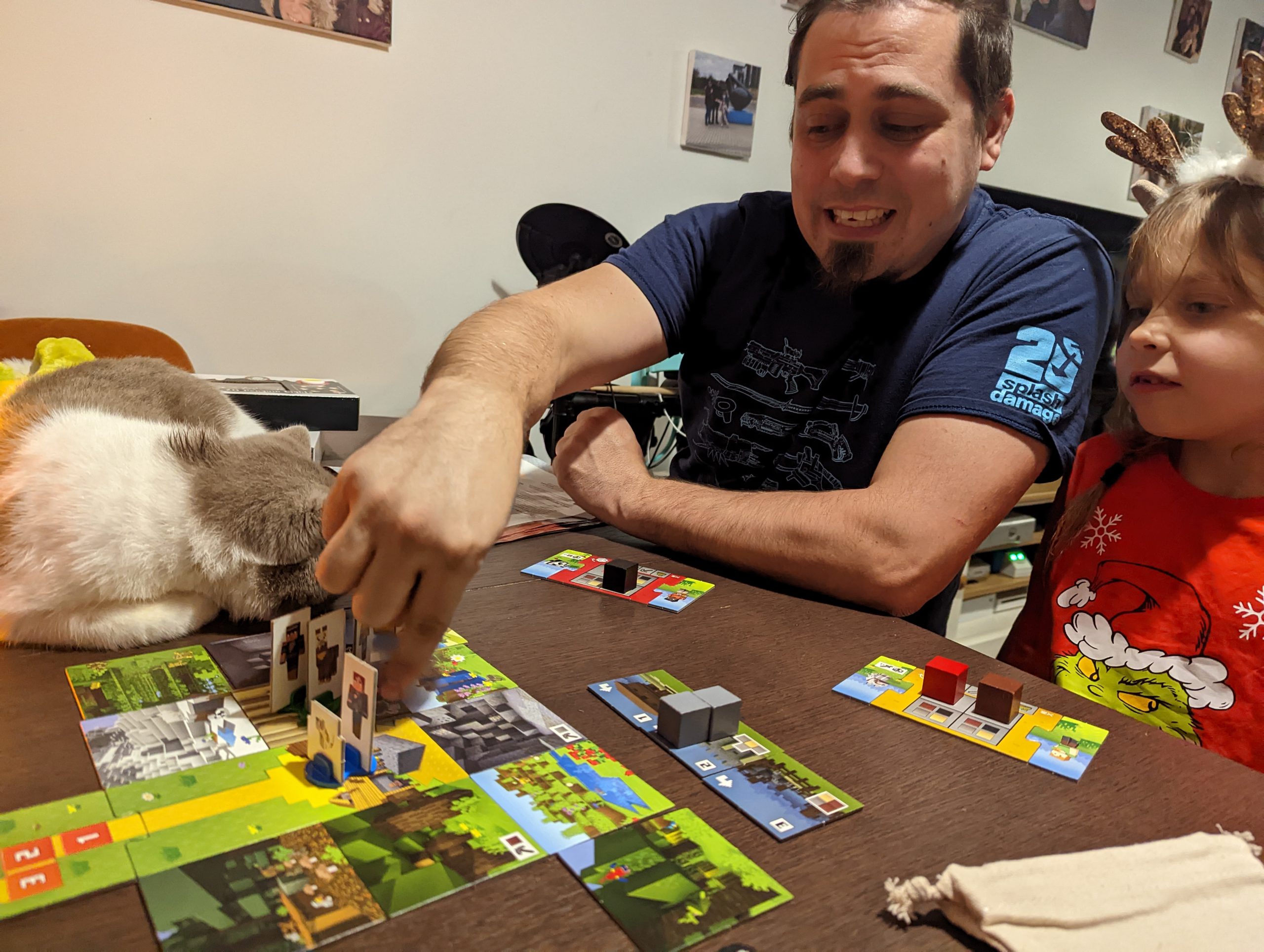 When it comes to the game, everyone starts in the middle of their village. There are some areas just outside which have icons that let you know you can try to gather specific resources from that tile. On your turn, you can move however much you want, and take two of the following actions; fighting a mob (if there is one there), attempting to mine, adding a new area or building a structure (if the resources have been gathered). 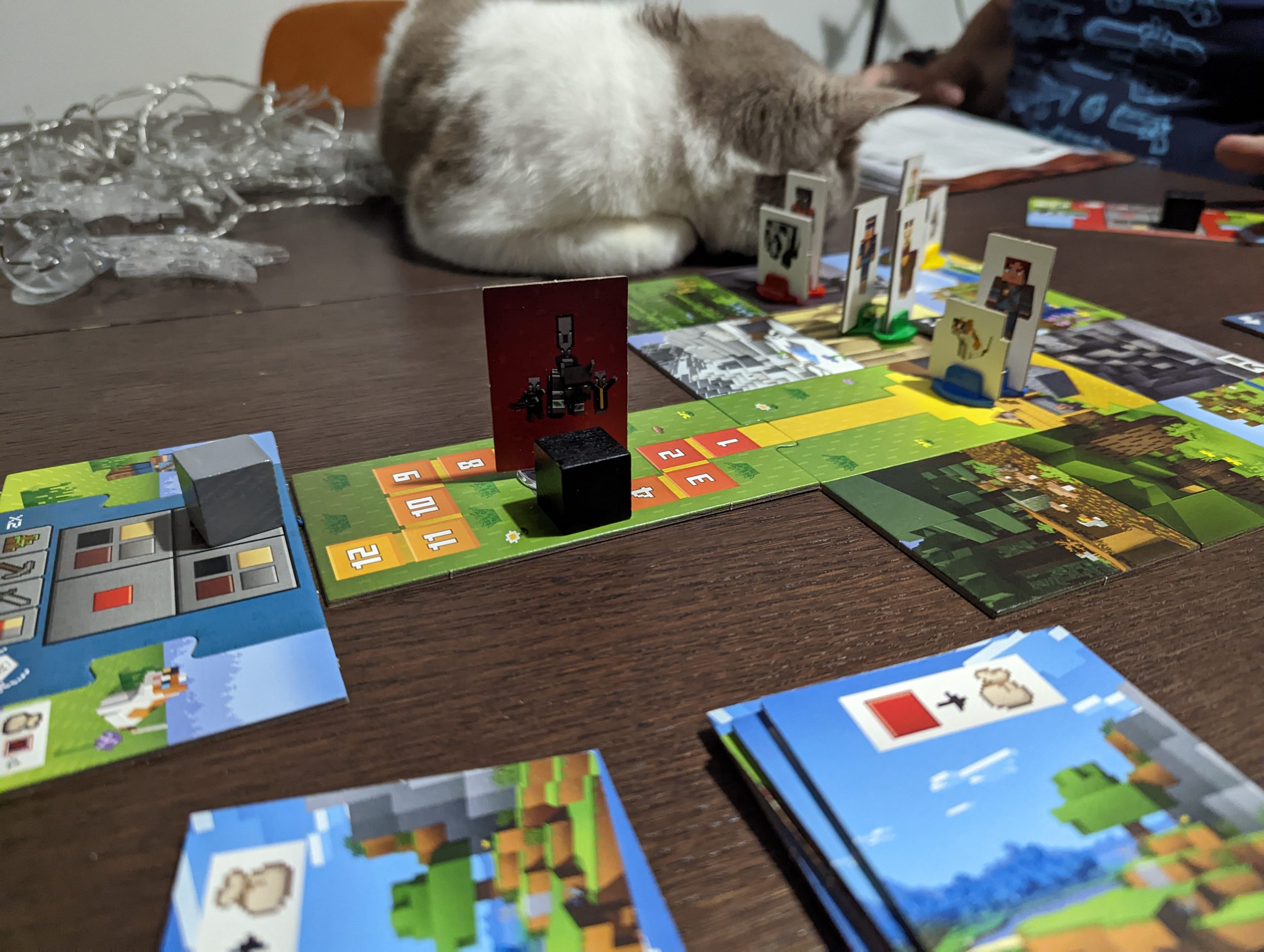 The goal of the game is to build the selected structures before the illager gets to you, so you are mostly going to be gathering resources and then bringing them to the middle of the village to place on the building platform, so that someone can build. Gathering is done by going to a tile with the icon you would like, then reaching into a bag and drawing three bricks. If any of these bricks match the one you can mine, you get them in your inventory, which has limited space. If you draw a black block, you will get to keep that as a wild block, but a mob will go on the tile that you are mining from, which needs to be killed before you can mine again, which is done through a die roll. You can actually roll a bunch of times before giving up, but each time you lose against the mob, the illager moves closer. 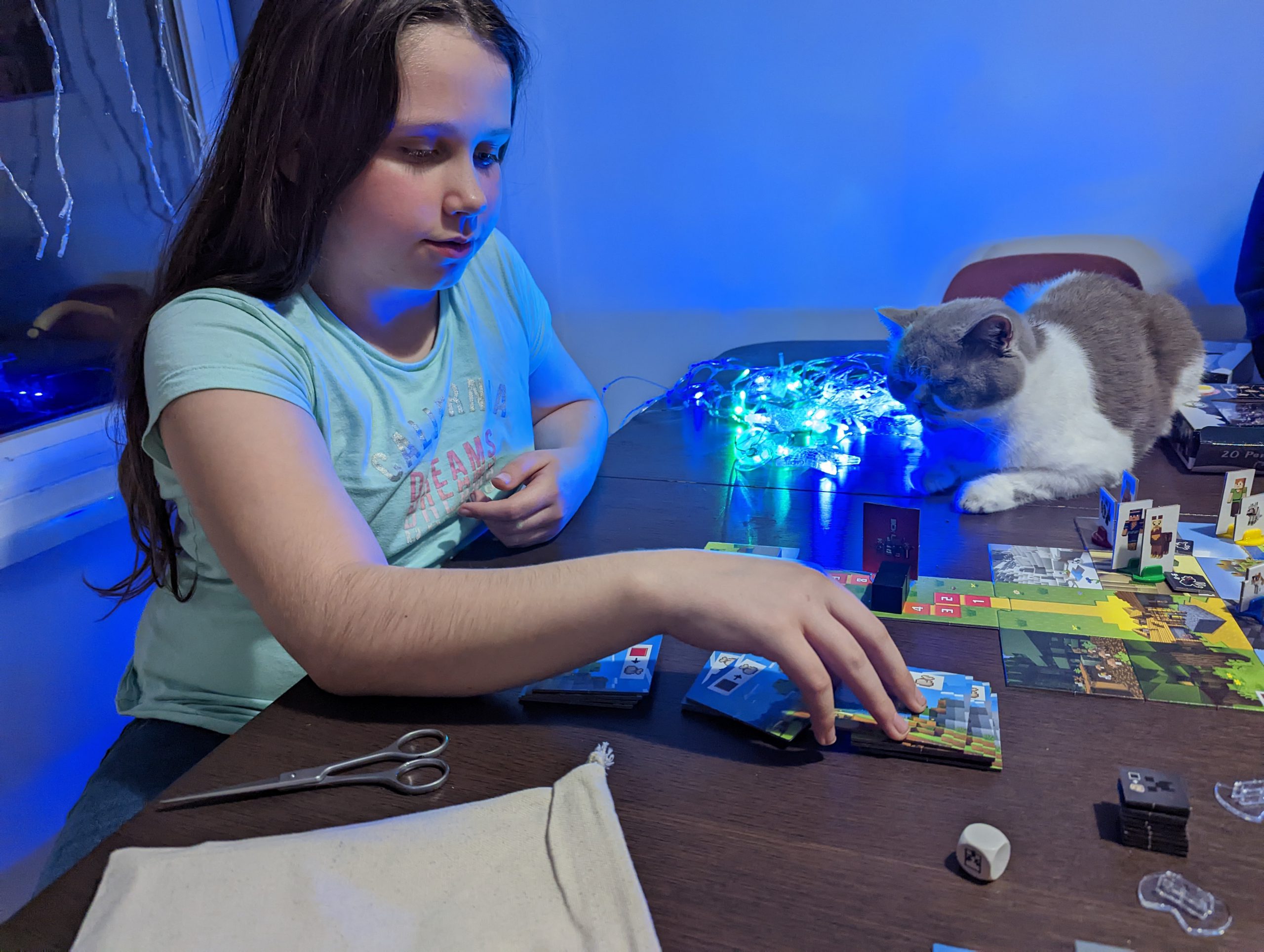 In Minecraft: Heroes of the Village, when you place a new tile into the world, you are able to put whatever bricks listed on that tile into the bag, before flipping it over and building your world out further. Some of these also have mining abilities, but most don’t, and just look beautiful while adding to your bag.

At the end of your turn, you will roll a die that decides if the illager moves closer. When the illager hits black blocks, they get added to your bag. When it hits you and your friends; the game is over. As you build structures, that will push the illager back, so it will give you more time to construct and ensure your town is very save. 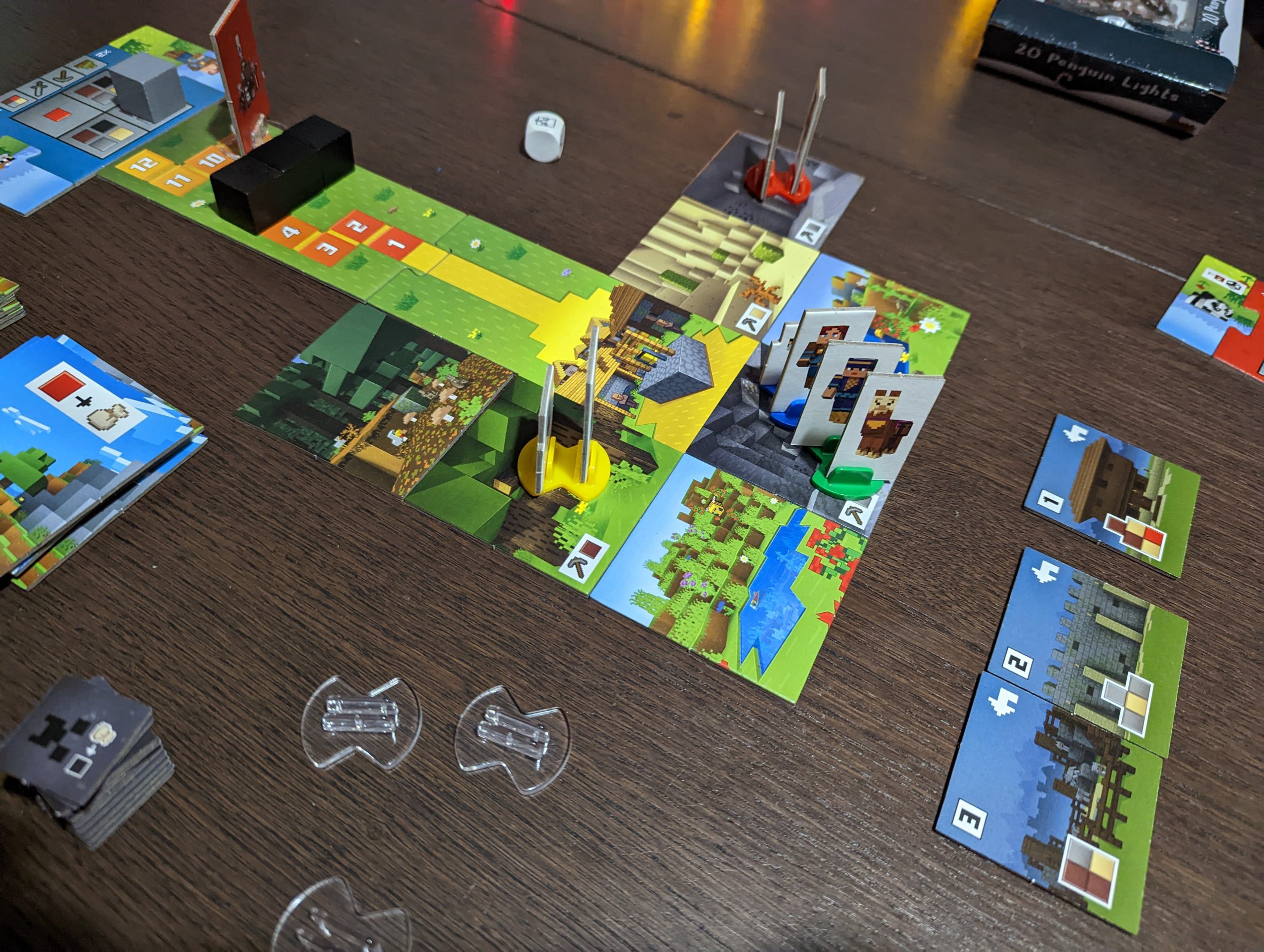 Though this was a lot of explaining, Minecraft: Heroes of the Village is actually a very simple and quick game to follow. It’s far less complex than the previous Minecraft board game we played. There are different challenges based on how hard you want to play the game; starting with the easiest setting, you’ll have an easy victory that’s ideal for playing with little ones for the first time. It’s also really fun to set up, and clearly well thought about which is great.

You can pick up Minecraft: Heroes of the Village from Amazon.