Colony Survival is an upcoming procedural sandbox title about to hit Early Access on Steam in June or July but this has creating colonies as the main feature.

As soon as you place down your flag to begin the process of recruiting NPC’s, monsters begin to arrive at night time and try to destroy you and your NPC’s that you have recruited. Although it is rather basic at the moment the gameplay is rather good. I was never a big fan of Minecraft, and Colony Survival borrows inspiration from Mojang’s Minecraft heavily with the graphical style, but as you can see in the above screenshot, there’s already Singleplayer and Online Multiplayer. There’s no word on how many players can fit into a single server just yet however.

You get to construct a fortress made by whatever you wish to use, and if you need more you just dig up what you need. You don’t use pickaxes or weapons, only the NPC’s use them. You can place down a bed which is easily craftable thankfully as for each NPC you recruit, you need to craft a bed. You can also put down your flag where-ever you want, the safer the place the better, monsters get drawn to it, but if it’s not reachable then the night time siege’s won’t start.

It’s best to get NPC’s to start planting food, then get even more NPC’s to get them to do guard duty, then you can mine to the bottom of the world. You can recruit even more NPC’s to get new weapons and upgrades for your already trusted NPC’s, and mining at the bottom of the world is where the NPC’s mine to get good materials. Although, I made it sound more of a chore than it actually is. it really is great fun to play, and with numerous biomes, although it doesn’t make any difference, just the scenery itself, would have been nice having different monsters in different biomes but maybe later in its life. 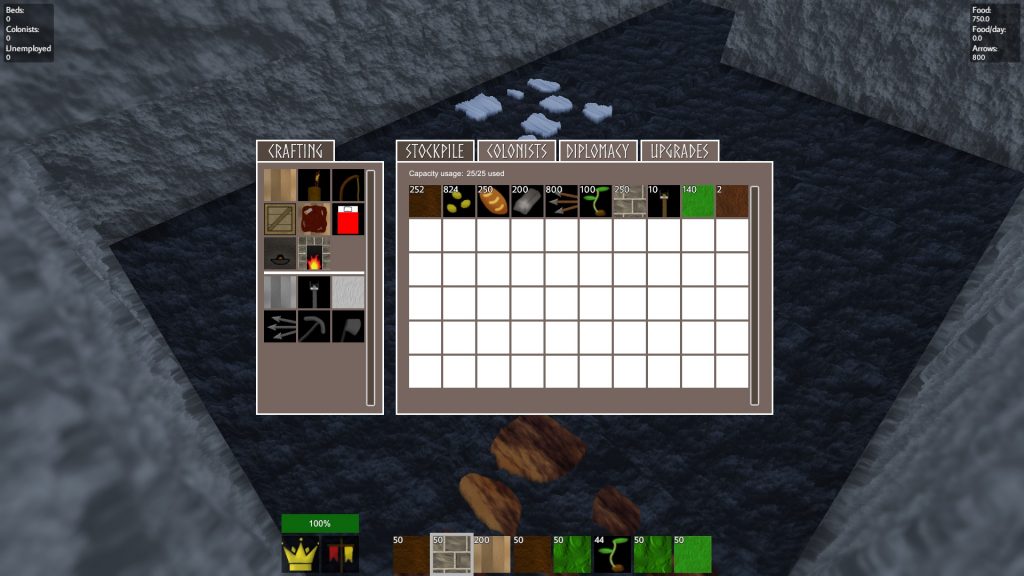 Sadly there isn’t that much to craft, just what you can see on the left side of the window in the above screenshot (oven, furnace, bed, workbench, crate, bow, quiver of arrows, planks, axe, pickaxe, plaster block, and torches, but there’s no need for torches just yet as I’ve never used one, and the bottom layer (as shown in the second and third screenshots) is still bright enough but hopefully the two-man Developer team “Pipliz” will fix this before the ETA of Summertime as well as adding more to craft like doors and such. 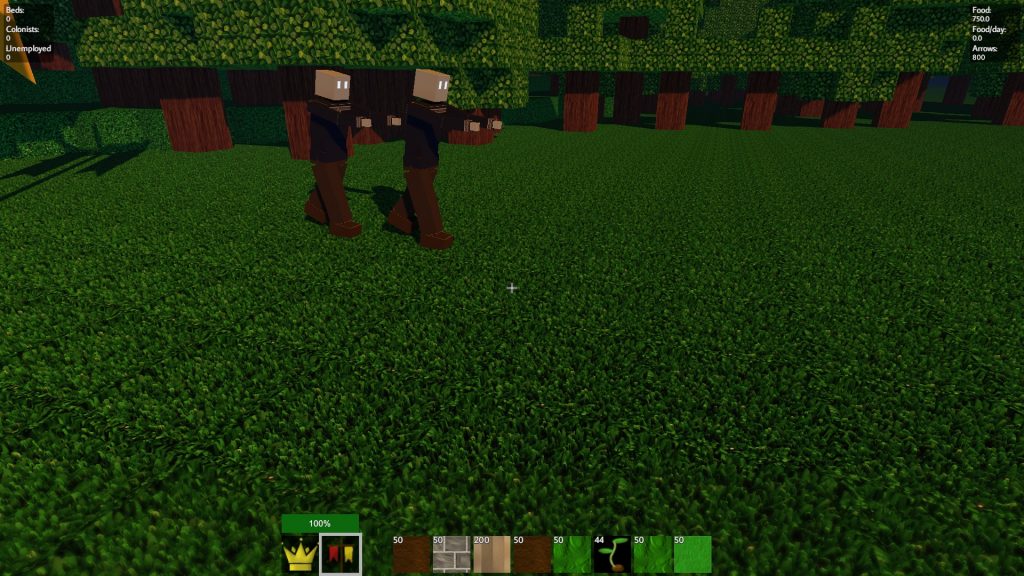 There are quite a few bugs to be ironed out as I’m doing alpha testing with one or two others, although there’s nothing found yet that is game breaking, sometimes we see NPC’s not getting out of bed during daytime, but things like that fix themselves after a restart of the game. 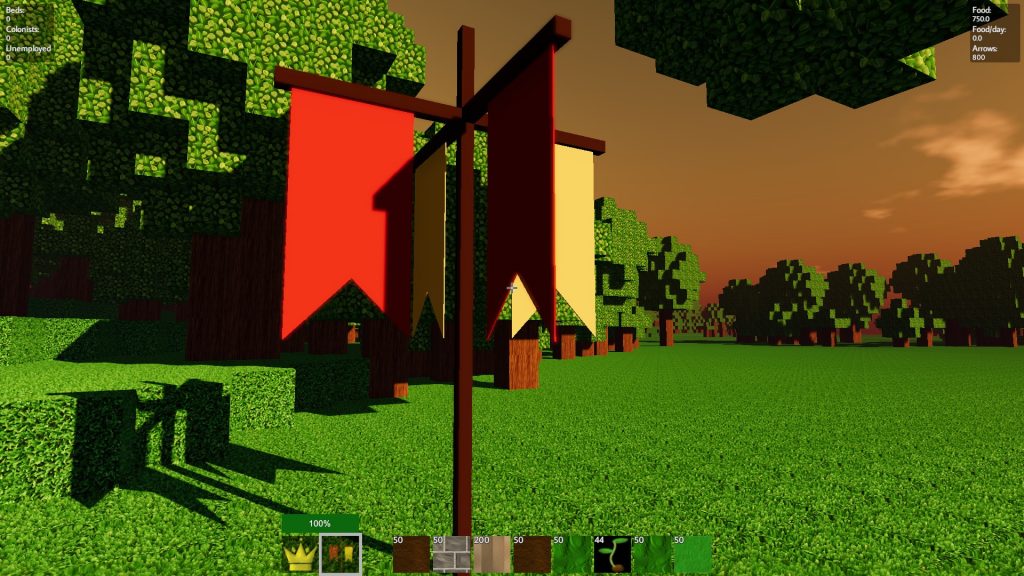 Yes, the game looks basic but Colony Survival has that special place for me when I just want to chill out, relax, explore and not have to worry hunger and thirst like many of these titles do nowadays, so if you want to explore the world with realistically placed biomes: A giant jungle in the centre of the world, surrounded by savannas, deserts and temperate biomes with two polar regions in the far north and south, then keep a close eye on this one.

Later Added: Since time of writing the game has already undergone several major updates addressing our main issue; lack of blocks & recipes. Definitely one to watch!