With Making History: The First World War, the Making History series returns to the Great War. The grand strategy title, developed and published by Factus Games, is currently in Early Access.

Developed by Muzzy Lane, the original Making History was supposed to be an educational tool as much as a game. Whether or not that was ever the case, Making History had abandoned this approach to marketing way before the franchise was bought by Factus Games. 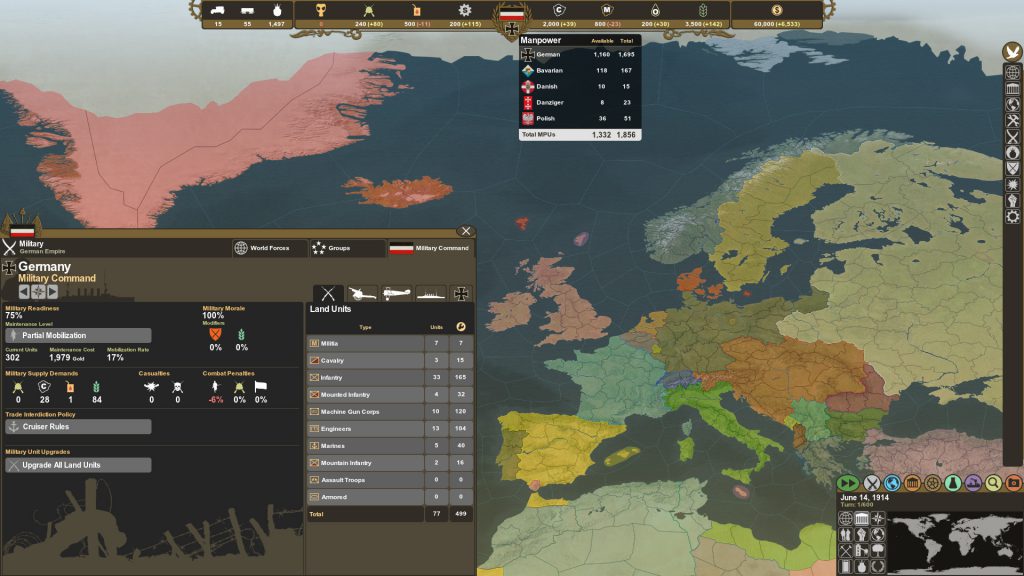 Now, Making History is what is says on the tin: a turn-based war strategy game. There are many of those, but most focus on major players. Like its predecessors, The First World War takes a lesson from Paradox-style grand strategy games and lets you play as pretty much anyone. Most players will likely still go with Britain, Germany, or Russia, but China, Serbia, and even countries like Denmark or various Chinese warlords are on the table.

The First World War is, however, strictly turn-based. On their turn, players take various actions such as moving armies, recruiting new troops, focussing research, or ordering factories to produce goods. While moving troops and conquering new lands is no doubt exciting, balancing the treasury and providing your national economy with everything it needs are just as important — starving soldiers don’t fight well, after all.

This adds additional dimensions to the game; not every province on the Risk-esque map is worth holding, and sometimes it’s better to shorten the front or focus on regions that provide you with much-needed coal or ore. Culture and religion play a role as well — cities similar to those in your home country will play nicer even if occupied. 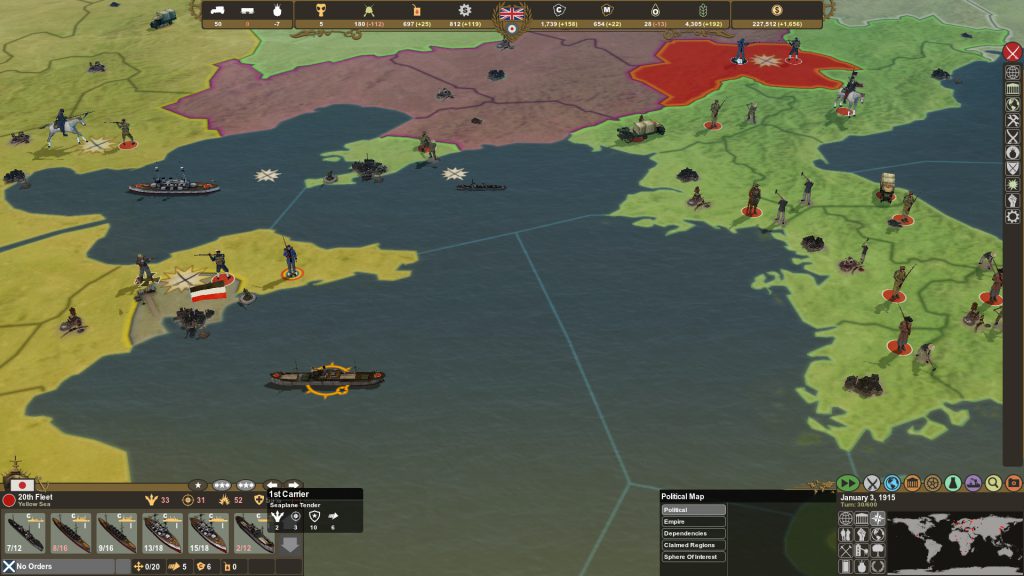 Despite the high amount of freedom it offers, Making History: The First World War is not a pure sandbox. A number of historical events and triggers stirs the game into the right direction, though players can take paths not taken historically, and sometimes the AI does that as well. Nevertheless, the game’s replay value is high.

Speaking of which: the AI is somewhat underwhelming, even if better at managing its economy than the CPU in prior Making History entries. Playing as a small or poor country offers a decent challenge, but with equal numbers, the AI almost always loses, and can barely exploit holes in the player’s frontlines or pull off sensible naval landings. Multiplayer is a different story, of course.

Overall, Making History: The First World War is somewhat unique due to the time period it covers, which also includes a scenario starting with the Balkan Wars in 1912. It does, however, build upon its predecessor, Making History: The Great War into a lateral direction with more techs, more countries to be released as puppet states, and more historical events. At times, it feels more like a massive update rather than a brand new game. 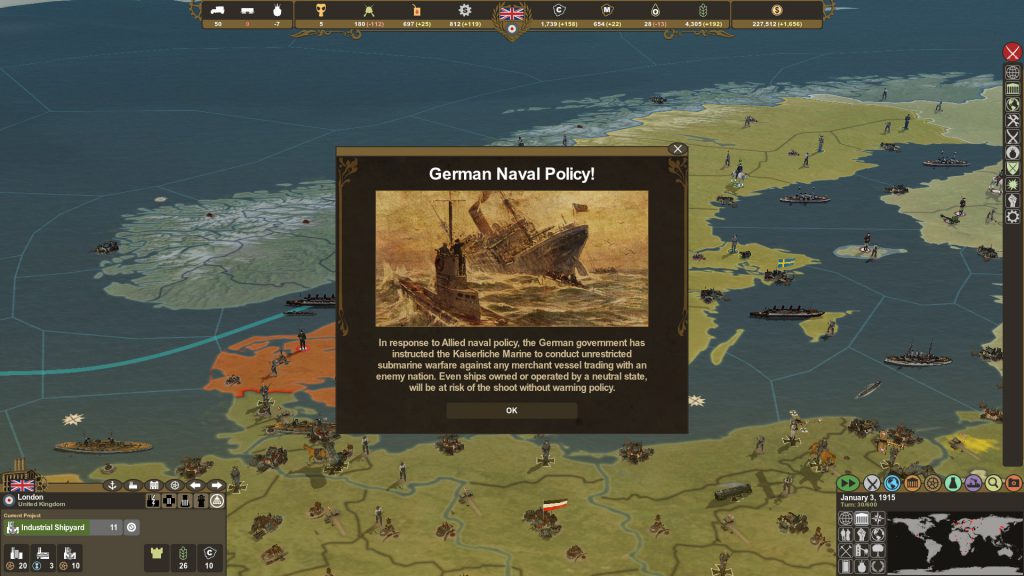 Nevertheless, Making History: The First World War has a lot to offer, and comes at a budget price on top of that. The developers have been quite responsive to community suggestions, putting the game on a promising path during its Early Access stage — and using Steam Early Access as designed, which is quite a rarity.