Macrotis: A Mother’s Journey  was on my must-play list of games when I attended the PC Gamer Weekender in February. I found the name intriguing and thought it was something dreamed up by one of the game developers. Just say the name: Mah-crot-tis. MAH-CROT-TIS.

It turned out that a macrotis in real life is actually a kind of desert-dwelling, omnivorous marsupial, also known as the rabbit-eared bandicoot. This goes a long way toward explaining the character design of the protagonist, which struck me as being something of a love-child of Stitch and Ori, both of whom I adore.

At the PC Gamer Weekender event, I was able to play an early build of this upcoming indie, 2.5D puzzle-platformer. A small placard at the booth explained the game’s narrative: your character — Mother Bilby — and her children have been at the mercy of two weeks of non-stop rainfall. Mother Bilby’s valiant attempts to stop the rainwaters flooding her burrow ended in vain when her barricade collapsed. She manages to just about push her joeys out of harm’s way, but is swallowed by the torrent into the depths of the caves below. When she regains consciousness far underground, she realises that her joeys will not survive long without her — and the game begins. 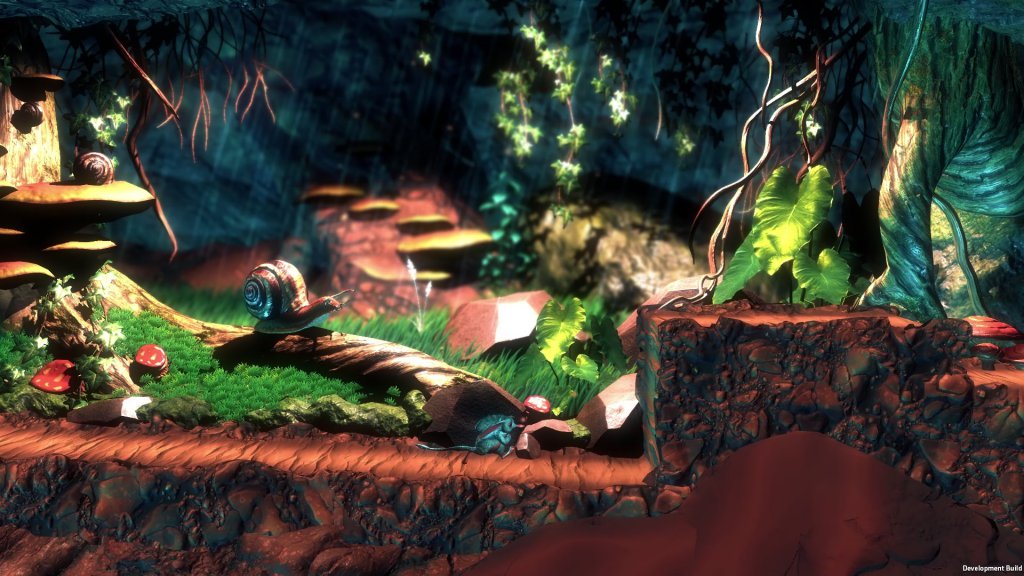 I found the game’s environment and ease of gameplay to be very family-friendly; Mother Bilby can run, jump and gnaw her way around to solve puzzles in various gorgeously illuminated caverns. After a while, Mother Bilby discovers she has the ability to phase through objects in a weightless, ethereal form, which makes puzzle-solving all the more interesting with the addition of this new dimension.

The control scheme is simple and easy to pick up, if a little awkward. For example, you have to hold down a certain button to get Mother Bilby to complete climbing over an obstacle. This seems like it should be an intuitive move, having already made Mother Bilby jump over a gap to latch onto the  obstacle in the first place, but it is only a minor issue.

Overall, the movement and platforming elements are familiar and predictable, making the game accessible to a wider audience. Along with the ethereal element we mentioned, the game feels basic enough in its mechanics to be easily picked up by children and unfamiliar gamers, whilst still containing enough of an elemental challenge to appeal to those more experienced. 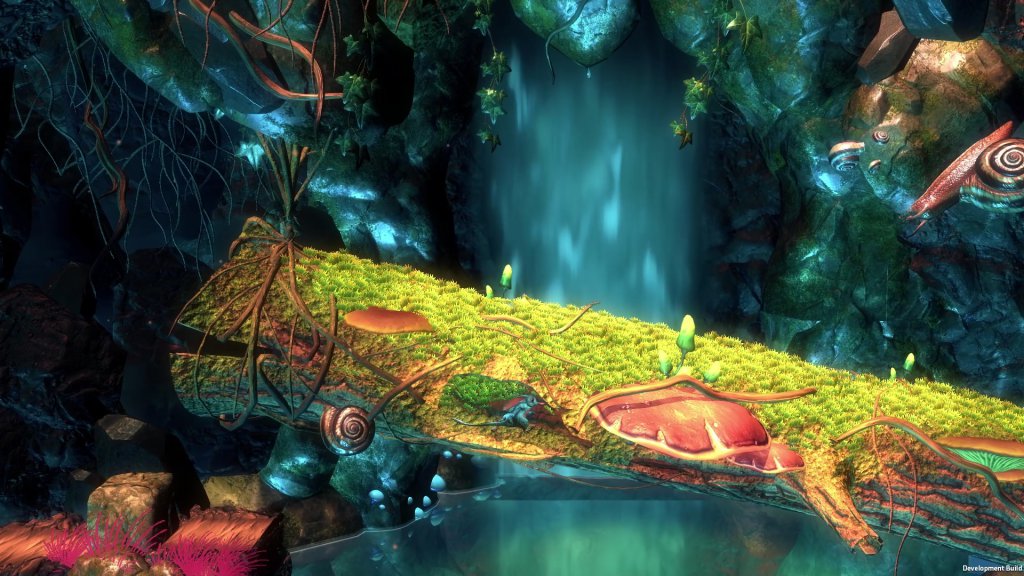 The game’s aesthetics are enchanting and colourful — I thoroughly enjoyed feeling like I was exploring an enchanted underground jungle in the form of a small but awesome blue rodent. Macrotis definitely scratches the Ori itch and I could whittle away half a dozen hours wrapped up in blankets playing this with younger family members. For those of you old enough to remember it, this game brings to mind that fabulous Don Bluth masterpiece, The Secret of N.I.M.H.

Macrotis: A Mother’s Journey is nine-man Turkish studio Proud Dinosaurs’ first game and its roots go back to October 2016 with development commencing in January 2017. I look forward to playing the full game upon its release, scheduled for Q3/4 2018. Or perhaps I’ll take a back seat and watch my niece and nephew solve the puzzles, proudly scoffing too many tortillas and way too much sour cream and chive dip in the background.