Like the radioative green gems it features, Chernobylite shines brightly — with some downsides

I’ve said this before, and I am sure that I will say it again — there’s nothing better than passing hours and hours of your free time with a videogame that massively exceeds your expectations. Chernobylite is exactly that kind of game, and despite the odd rough edge, this is an ambitious, exciting prospect that easily stands up in the same company as S.T.A.L.K.E.R and even Fallout 4.

Set in an alternate vision of the present day, Chernobylite has the main character Igor (a former scientist at the Chernobyl power plant) investigating the disappearance of his fiancee at the time of the explosion — a woman who haunts his dreams even thirty years later. The alternate vision comes in the form of the titular resource — Chernobylite — which is a green crystal that forms somewhat organically in the ruins, and which appears to be the key to Tanya’s fate. 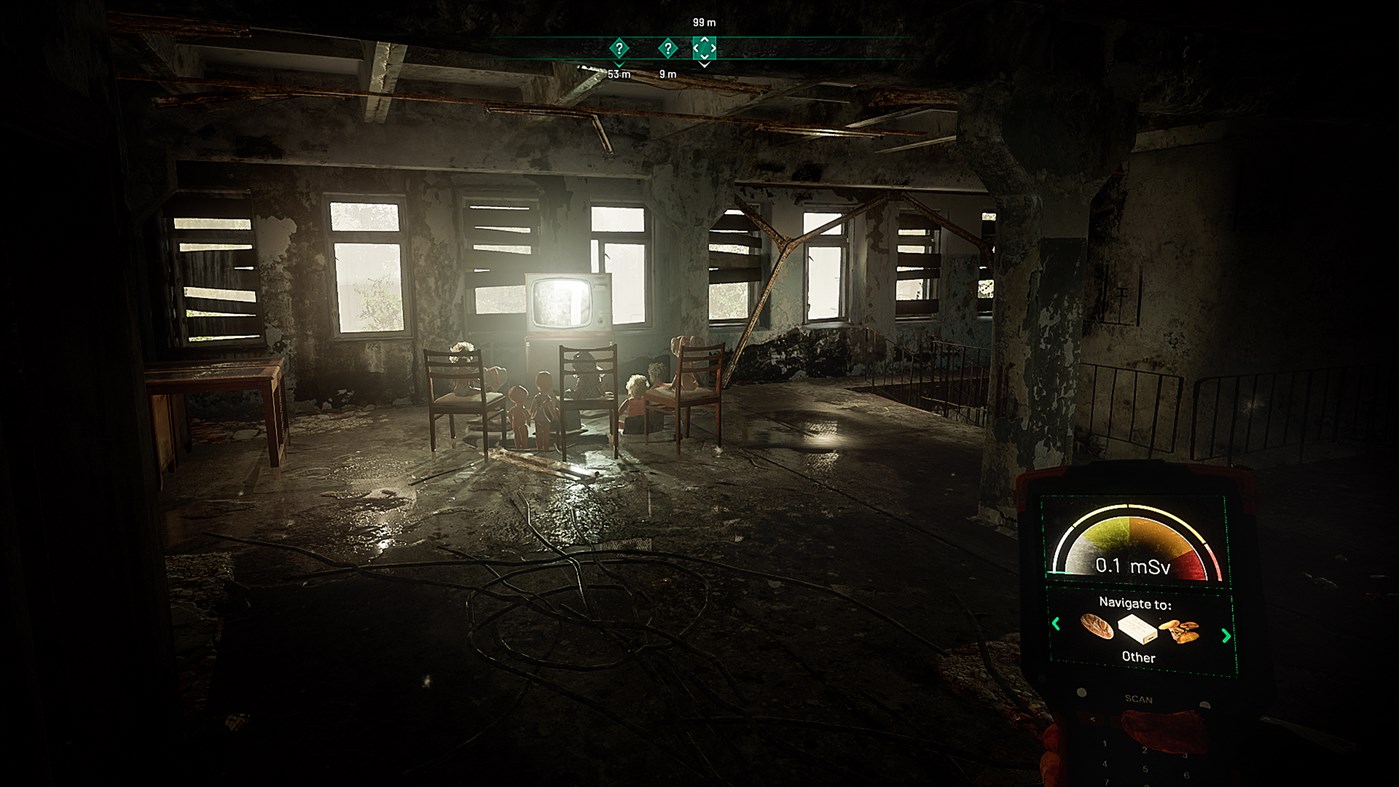 There are many things about Chernobylite (the game, rather than the crystal) which might surprise you, even early on. For example, the game can be played in either English or Russian language, with or without subtitles in several languages — what makes this a surprise is that Chernobylite is heavy on voice acting, and the inclusion of two fully voiced soundtracks is impressive for an indie production.

Also impressive is the scope of Chernobylite, and the smart way in which it uses (and reuses) its relatively small number of maps by layering in weather, radiation storms and day/night cycles with varied spawn points and new NPC’s or locatables to great effect. There are actually just six main maps in total, and each one will host perhaps up to five missions, but you’ll only “feel” like you’re on the same map once or twice. 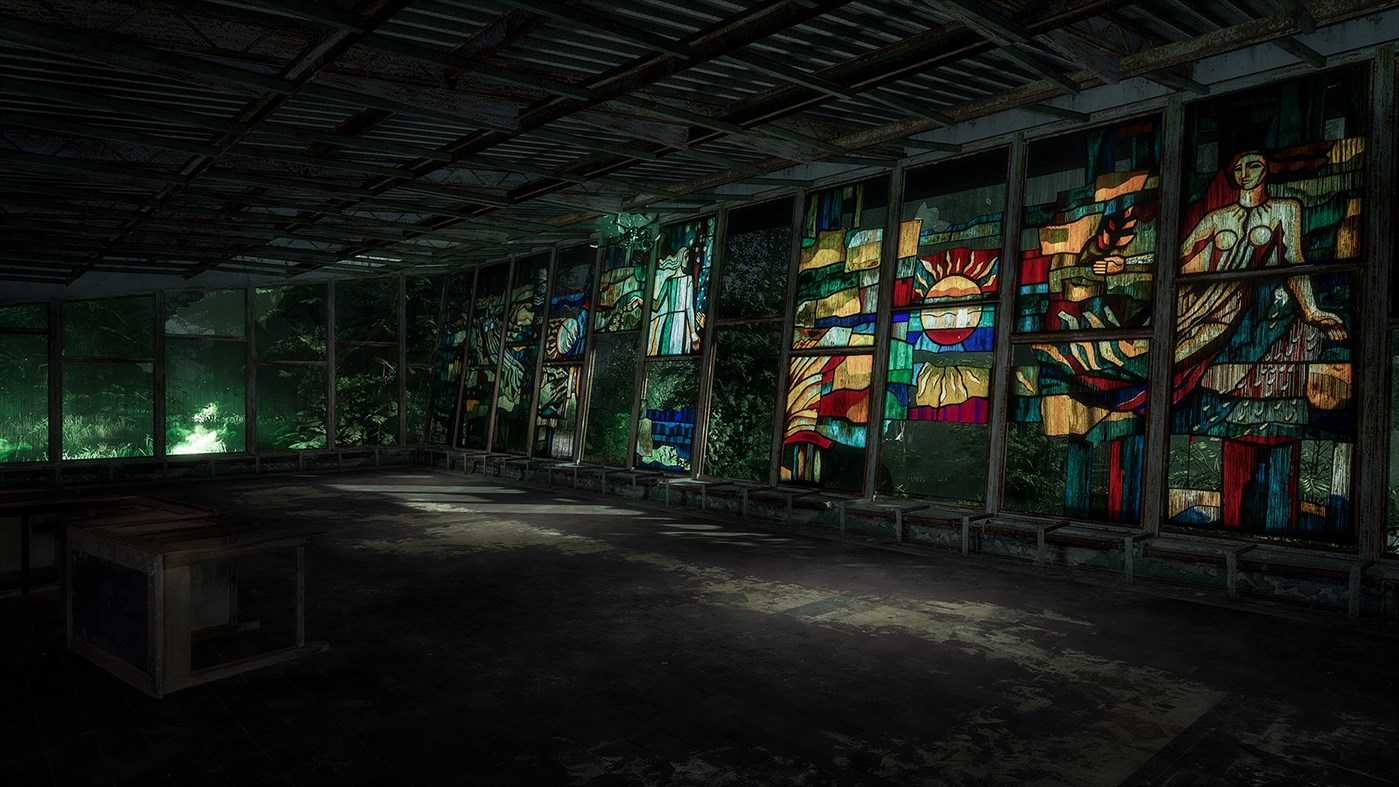 There’s a horror aspect to Chernobylite too, which is thanks to the scripting that these relatively tight maps allow. Where Chernobylite might look like a Fallout-style experience, it’s actually pretty linear; and this massively helps with the handful of jump scares and set pieces that feel really well spread out (and therefore unpredictable).

When not on missions, which often involve searching for clues or meeting other inhabitants of the Chernobyl region, you’ll be back at base, which is every bit as upgradeable as it might be in a triple-A title. Igor can (and must) craft everything from essentialis like beds, power generators and air-filtration units, through to Chernobylite weapons and even a radiation chamber that kills him painlessly… 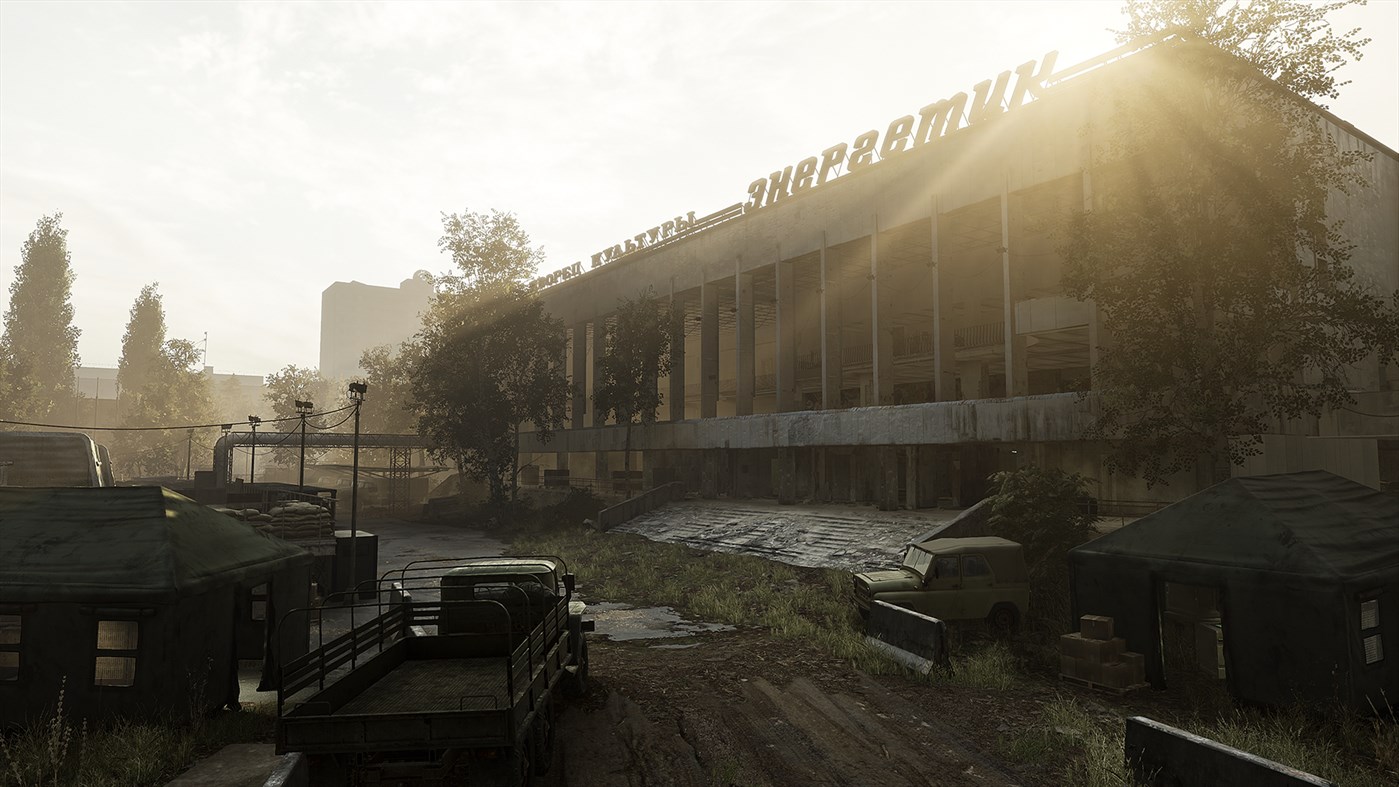 And why would he want to do that? Well, it’s another Chernobylite party trick, of course — the ability to travel through time and change your past decisions, anytime you die. If this happens normally, then you’ll lose some items because of… erm… irregularities or something. Use your radiation chamber and that doesn’t happen, but whatever, let’s talk about this mechanic,

When dead, Igor’s connection to Tanya (and her connection to Chernobylite) allows him to traverse a kind of memory map of different inflection points. If you change one of these, others may become unstable and require correction, and once this is all done, you can return to the present timeline and see what happens. Decisions can cause companions to leave you (because they never joined you) or for other world events to vary. Some of these are minor while others affect the game, and indeed the map, in major ways. 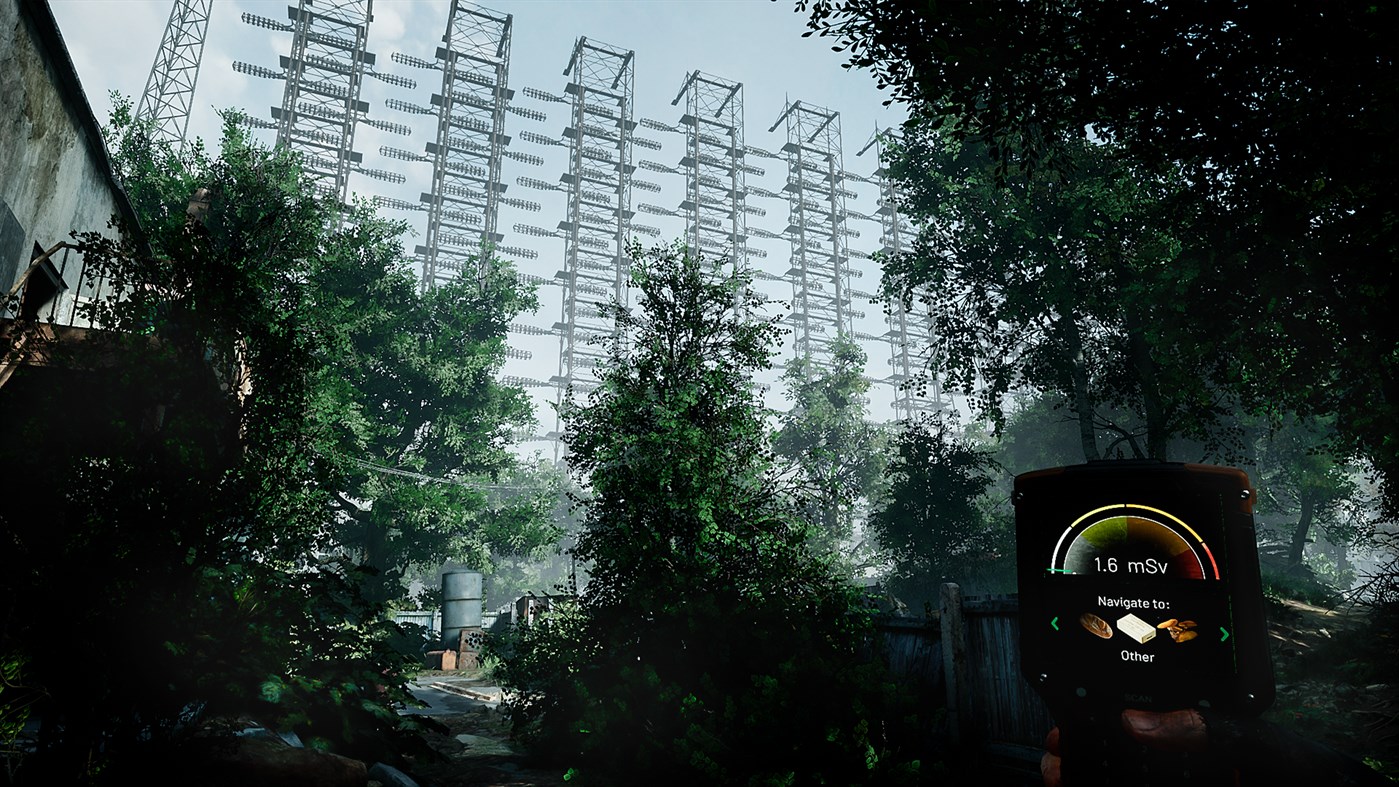 On the subject of companions, Igor can recruit up to five of them, each of whom has a different focus and skill area, but all of whom need to be fed and appeased when decisions are made after they join your crew. At some point, Igor will plan his final push to locate Tanya, and having a number of friends to help can prove invaluable. Also, each companion comes with a number of skills to teach Igor, and these are learned both by spending skill points (normal) and by completing an associated mini-game — which is another cool mechanic.

Having touched on voice acting already, I can say that Chernobylite is very well presented both visually and audibly. The musical score is tense and well done, whilst the sound effects are bang on. Visually, Chernobylite is a world full of dark detail, but it’s pretty densely packed with buildings, foliage, remnants of cars and other rubbish and more, and it looks good. As the final thing I will say about Chernobylite that surprised me for an indie game — the reason it looks so good is apparently because the team actually mapped the Chernobyl region extensively to build the game. 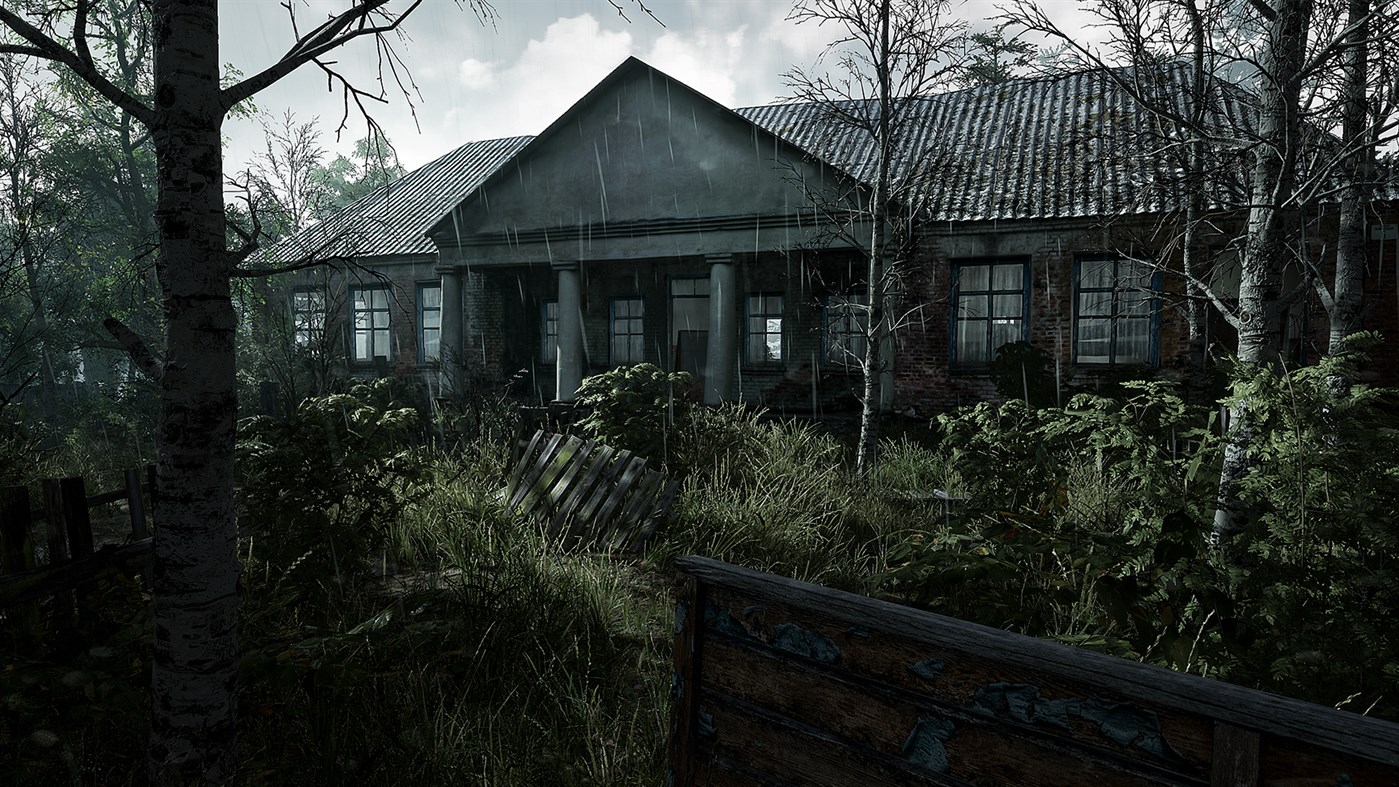 Chernobylite is a twenty to thirty hour experience if you want to see it all, and at no point in that time did I feel it had outstayed its welcome, even when I found myself visiting the same map in relatively quick succession. The attention to detail for such a small production is impressive, and Chernobylite is clearly a labour of love with an excellent tale to tell. It’s a game to keep you warm in the cold winter months, that’s for sure.

You can find Chernobylite on Steam, Xbox One, Playstation, and Nintendo Switch.