LEGO Bricktales expands on the original formula that started with LEGO Builder’s Journey — what if you could actually build things in a LEGO game — and adds a fully realized story. With new mechanics and a vast array of building puzzles, does LEGO Bricktales crumble under its own weight or manage to build on top of its predecessor?

There have been many LEGO games over the years, many of which have taken the beloved franchises that built up fantasy and wonder from our childhoods and converted them to brick form, allowing us to play through imaginative ‘what if’ scenarios from level to level. LEGO Builder’s Journey went beyond simply holding a button to build and offered the chance to strategically place bricks to creatively solve puzzles, and had a heart-warming story to enjoy, telling the tale of a father who lost his son, both physically and metaphorically. Bricktales continues the brick-building trend by allowing you even more freedom in your block placement, but it ends up a bit more linear in its translation.

Each area in LEGO Bricktales is served to you in a diorama format, and they copy a lot of classic aesthetics from some of the original sets that I played with growing up, such as the Pirates and the iconic medieval Castle series that inspired the minds of children in the eighties and nineties. Your character, inspired and tasked by his grandfather to do so, travels through portals to rebuild realms and gain happiness crystals by assisting folks in those zones. By playing through the story, you’ll also gain other abilities beyond simply building to interact with the environment, which provides an additional reason to backtrack to areas you’ve already cleared to scout out rewards.

Building structures is of course the bread-and-butter in a title like this, and while it manages to do a lot of things right, it ultimately is more tedious than it should be. Each time you are tasked with creating a structure using a given assortment of bricks, you can construct the missing landmark any way you see fit, as long as it passes a structural simulation test. 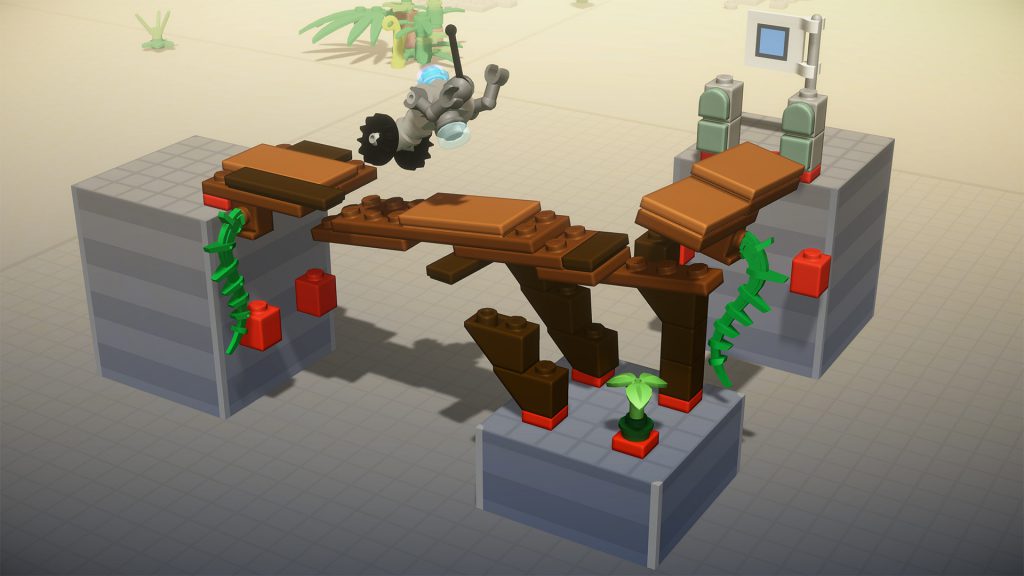 The simulation is conducted by a cute robot that rolls across your creation and points out structural flaws in its integrity. As it rolls across your structure, if a segment is not supported well enough, the robot will fall through and you are unable to proceed until you fix it. It’s a smart system that is a great visual indicator of where the problem lies, but you’ll often feel like you are let down by the construction tools rather than your creativity.

When building your next masterpiece, the tools at your disposal showcase an assortment of functions you can use to zoom your plastic bricks through virtual space. Where it becomes tedious is that the camera angles afforded to you are rarely ideal to get a good view of where you are working and the movement shown by the brick’s silhouette doesn’t always match where the brick actually is, sometimes causing you to misplace a brick over and over. 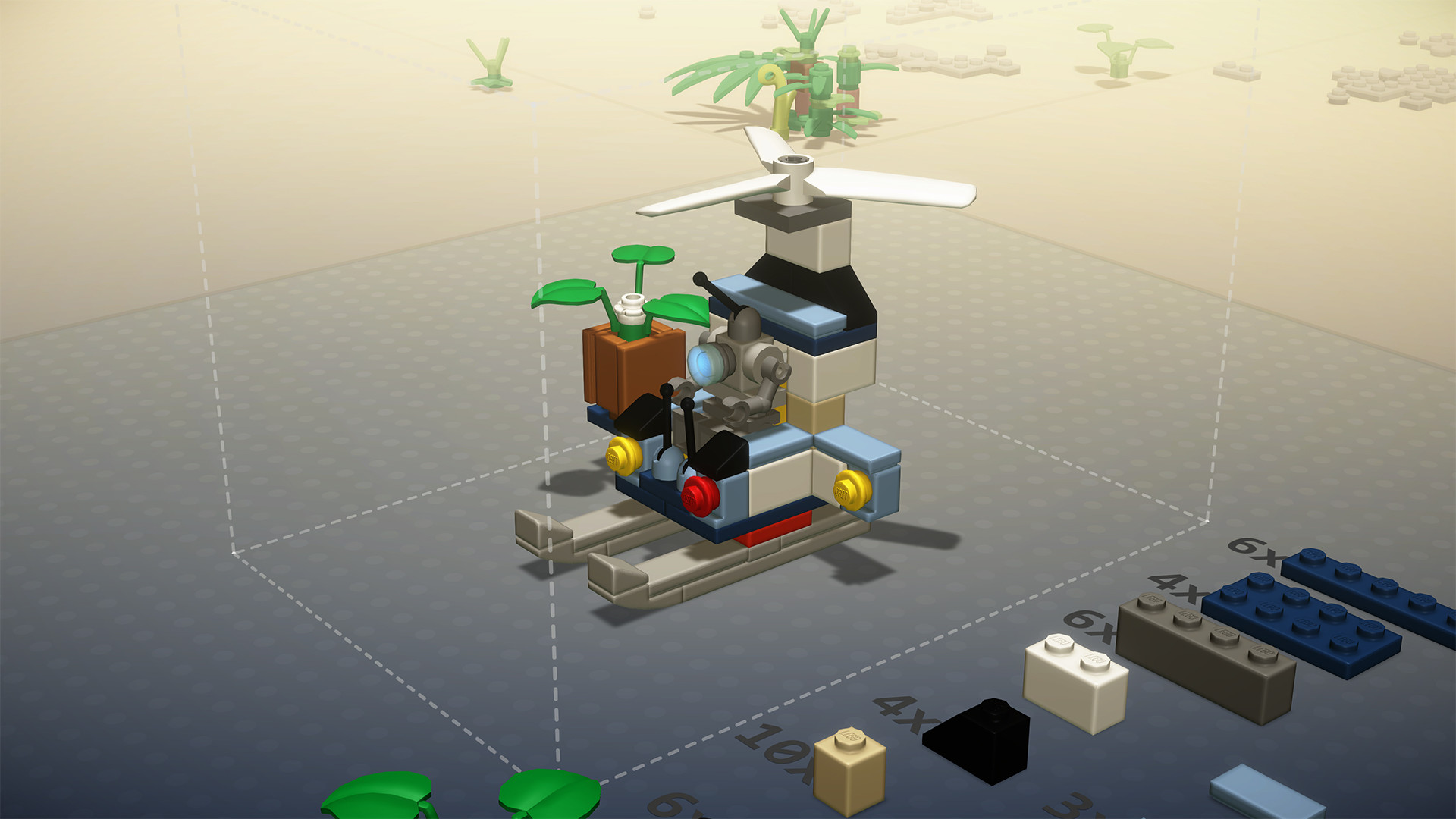 It’s likely the best system they can offer given the creative expression allowed here and not restricting your locked movement to a specific plane, but sometimes it is downright maddening. There are some additional tools that make the process easier, such as being able to use the last brick you placed and duplicate it without having to select the piece from your builder’s stash, but when the 3D space translation is lacking it’s all guesswork and that’s never ideal in a puzzle game.

When it comes to scores or tallies, you aren’t really provided with any kind of in-game reward for making your builds gorgeous, so sometimes the best solution is the fastest one. Unless you’re a master builder of the highest order, by the late game, you’ll have already realized this and will be building with that strategy in mind. Conveniently, you can go back later and beautify your creations, so there are plenty of options for replayability there.

Even with some of these frustrations, LEGO Bricktales is a gorgeously brilliant game and will likely resonate well with younger players who are used to the complexities of these bricks on a daily basis. However, being able to see your creativity come to life in a video game is something overwhelmingly satisfying to any generation of builders, and it’s moments like seeing a frustrating puzzle built with not only practicality but grace that really cements the purpose of a game like this. Instead of superheroes saving the day, LEGO Bricktales makes you, the builder, the one who saves the day, and each time it elicits a great joy that never gets old.

LEGO Bricktales is now available for the Nintendo Switch, Xbox, Playstation, and Steam.