Kyoto is full of capitalism and currupt politics

Ever wonder what goes down at big, political meetings between countries? Obviously, each country has its own interests in the back of their mind, but many of the decisions they are making could actually affect the world. In Kyoto, you get to be a country’s representative at the Kyoto Protocol meeting, to debate commitments to reducing ecological destruction.

At the start of Kyoto, you get to pick your country and put it a little stand in front of you. It actually has a lot of little stands and things to build, to assist the gameplay. The back of the card will share the scoring round with you, which is good to keep in mind. You are then given three briefcase cards, but need to pick only two to keep. These are your secret interests, which you need to keep in mind during the debate. The cards might give you more points for the climate being damaged or for a specific industry to never be stunted.. You are then given a handful of money and a hand of cards, which you will be using in these meetings. 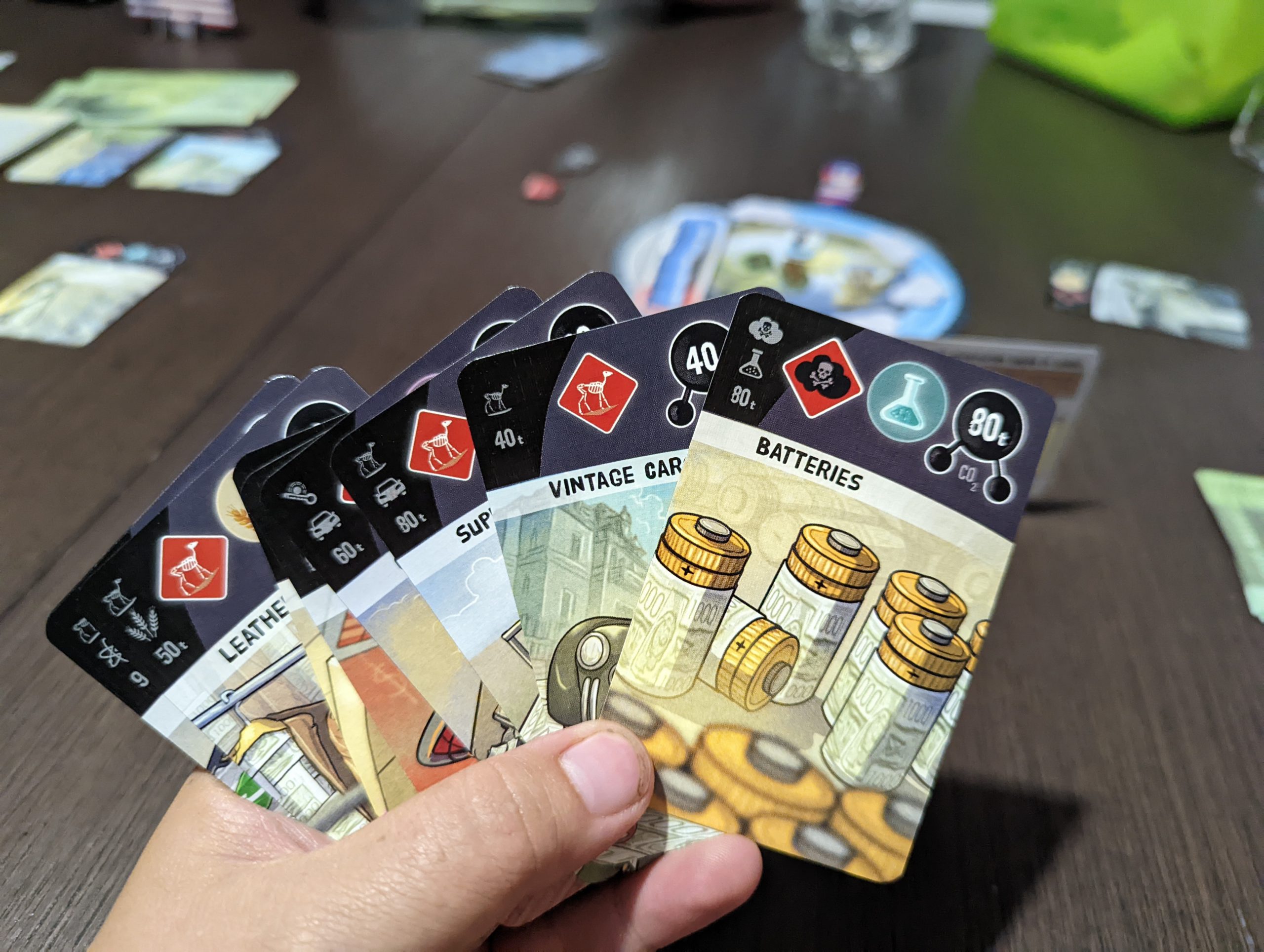 The various cards you have showcase different symbols, which can be the carbon footprint that would be reduced by banning that item (for example, banning old cars or getting rid of batteries), or what industry would be negatively affected by playing these, or what things would be helped, like pollution. 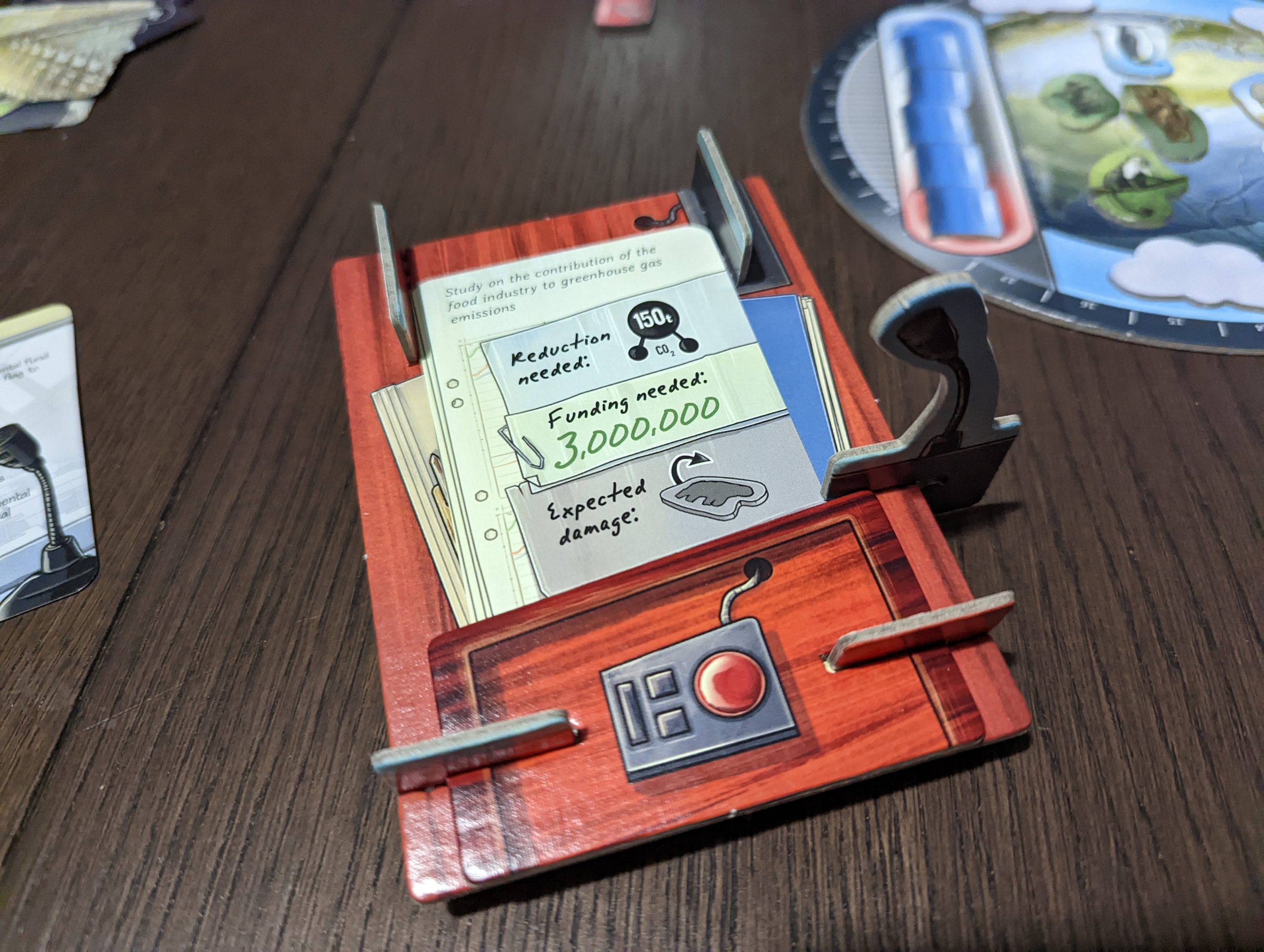 Kyoto itself is actually quite short, as there are only two full rounds. The first player picks two cards from a pile of tasks, they then are able to choose one to talk about, discarding the other. This card gets put on a really cool little table, which covers up the failure sequence, showing a predicted (but often wrong) failure sequence instead. Then, a timer is set and everyone starts talking about what they will put in. Most of the time, these cards require a few of your hand cards and some cash to be completed. 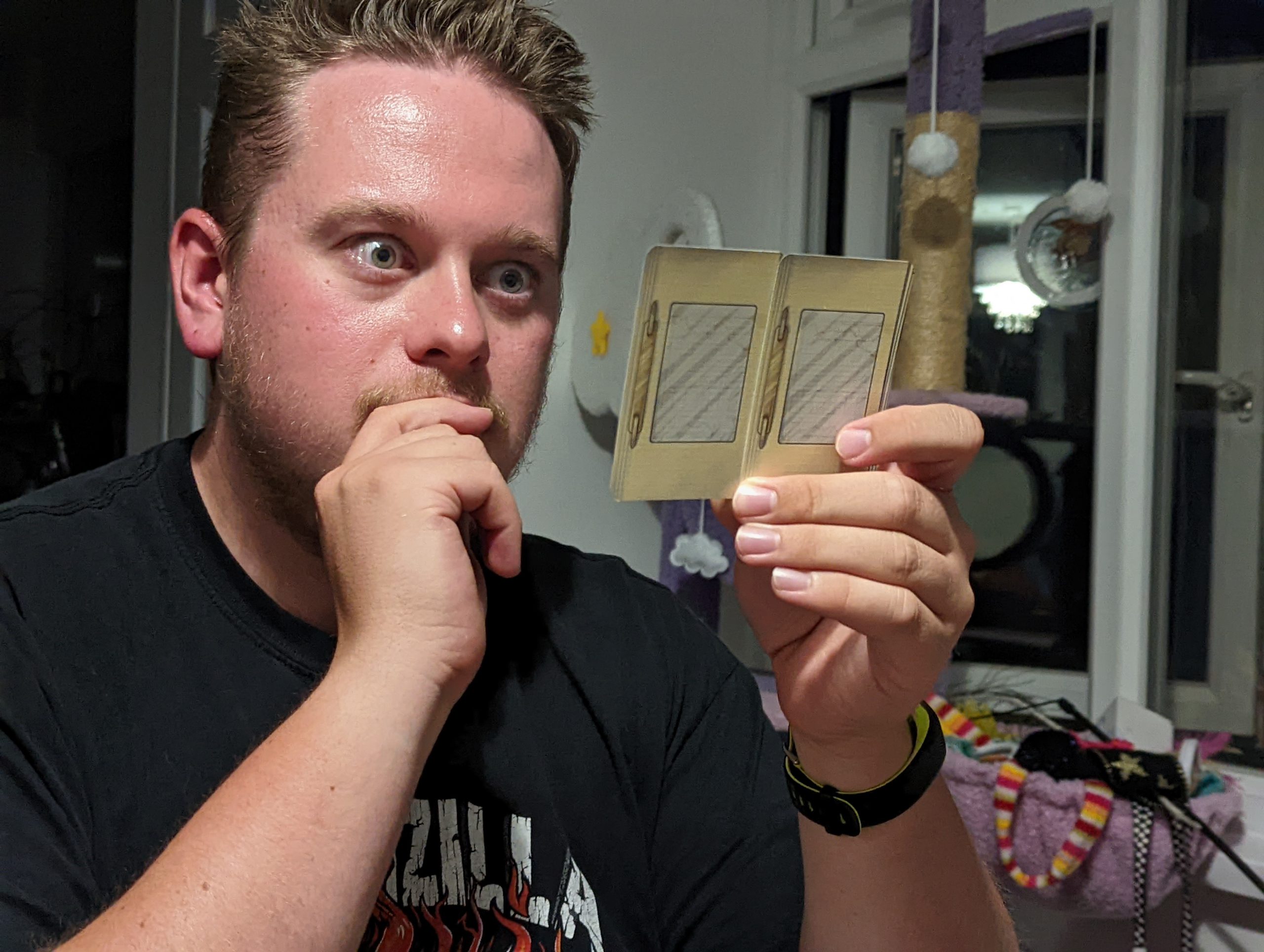 During this phase, you can bribe other people to take back their cards, you can refuse to offer your help, and you can argue. Just like any other political meeting, I suppose! Once the timer has run out, if there are a bunch of resources that have been offered, the person in charge of the meeting can pick which resources to use and then it moves onto the next turn. Cards used are placed to the right of the deck, which will be needed for the final scoring stage. 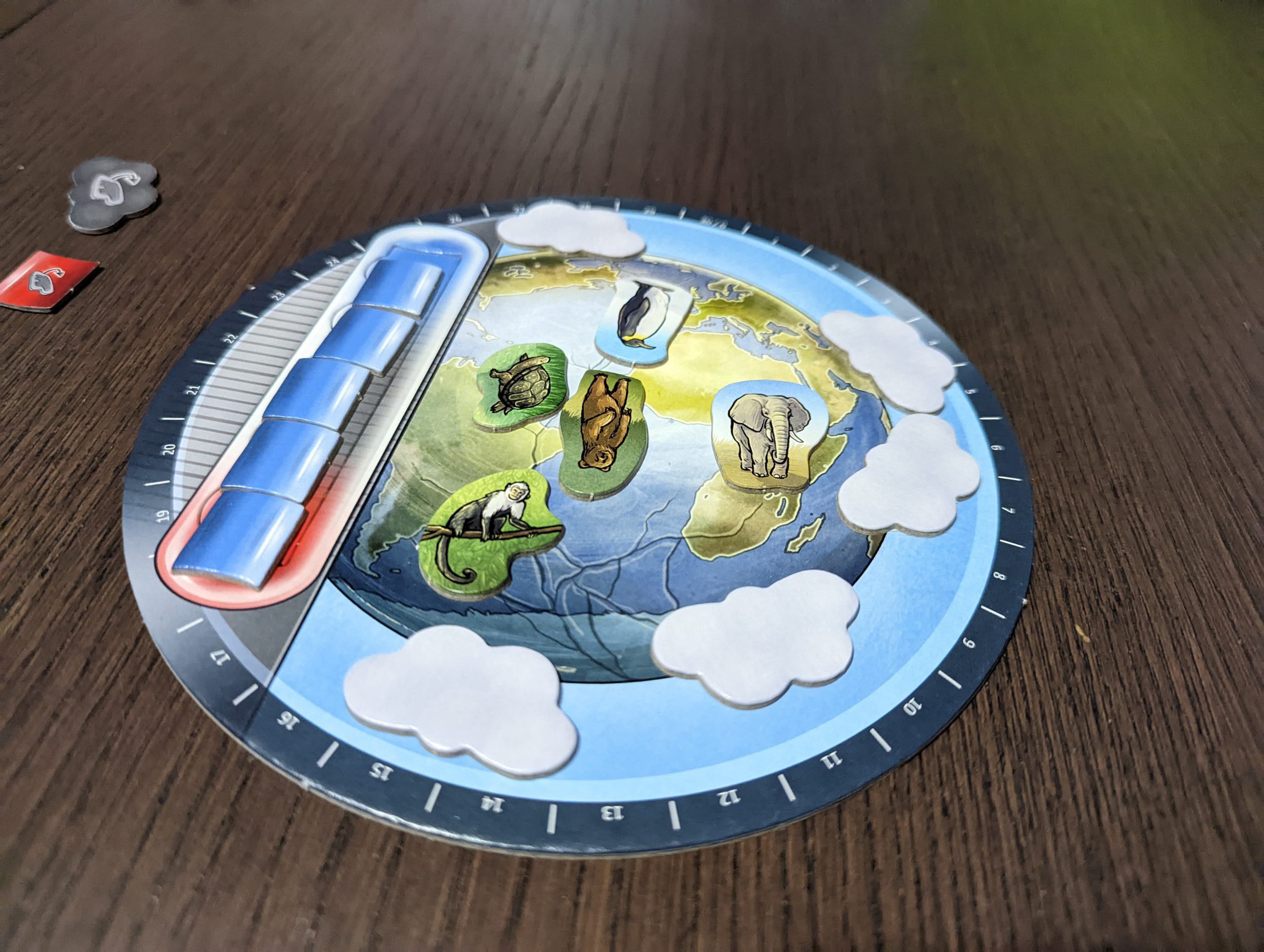 Once you get through a few rounds of Kyoto, you will end up really starting to bribe and debate with people, which is really fun to be a part of! There are a lot of subtle politics, and sometimes cards are just left to give you the bad stuff, depending on what people want to do. There is a large counter on the table, which has three different negative effects. There is the temperature of the climate, which can be lowered over time, a bunch of animals, which can be made extinct over time, and a cloud layer, which can be turned black over time. If any of these individual trackers hit zero, the game has instantly ended. This becomes quite a balancing act as you don’t want to destroy the world in your quest to win.

Kyoto is a really fun game that seems more complex in the rule book than it is in play. It gives you some of the thrill of being a decepitive politician while deciding the effect on a world that isn’t actually real.

You can find Kyoto on Zatu Games.