I have played the original Katamari Damacy. It was ages and ages ago, before I could even read properly. I remember fondly rolling around the ball, collecting all of the objects so that I could then make a star for some strange big-head man who would probably like my stars. Little did I know what he was really saying.

Katamari Damacy Reroll is the re-release of this older game, bringing it to modern consoles and devices. Unlike Battle for Bikini Bottom, there is actually nothing new in this game. No new mode, no sort of bonus levels, nothing. It’s literally the previous game, refreshed and brought to new consoles and devices.

I mean, I personally can’t believe they didn’t add auto-save or remove some of the many loading screens in the game. I must admit, not having auto-save has been quite a challenge — as I tend to just leave after the level if I have something else to do.

For those who have not played the original game, Katamari Damacy Reroll is a pretty simple yet clever idea. You play a strange alien-prince who goes to Earth and collects up things, on a small but slowly growing ball, so that you can make a star in the sky. This is needed because all of the stars in the sky were destroyed — but you can easily fix them. Along with your story, told primarily by your seemingly drunk king-dad, there is a second view of the world itself, through the eyes of two children who are spotting the strange things you are doing, but are not being humoured by their oblivious mother. These stories come in between the main levels, adding a bit of strange confusion and character to the world around you. 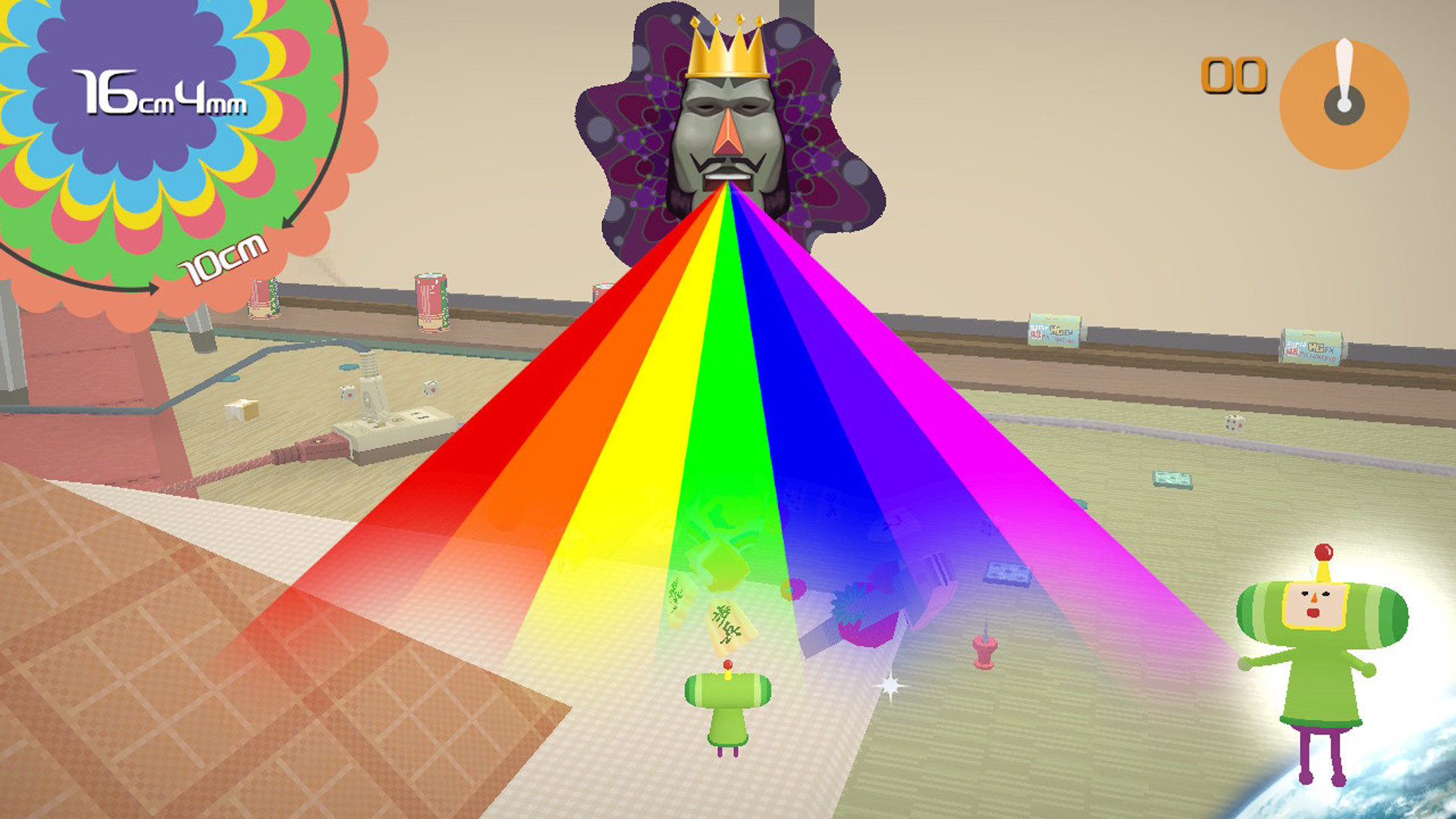 It’s a very interesting and simple to play game — you can roll your Katamari around, collecting items that are smaller than you and bouncing off of items and scenery that is too big for you to roll up. Some levels have you collecting everything, while others have you collecting specific items — like crabs for the star Cancer. Rolling around is your main form of interaction, with some different (and slightly alien) movements — like clicking down both thumbsticks to jump to the other side of your ball or moving the thumbsticks in unison to quickly shift across.

Mastering these movements is a challenge, but after a round or two, it is something you can get grips on. These levels are timed — so you will need to adapt quickly, and if you don’t meet the goal for a star, you won’t end up creating one. The star is then named based on the type of object you picked up most — a fun feature in the game. 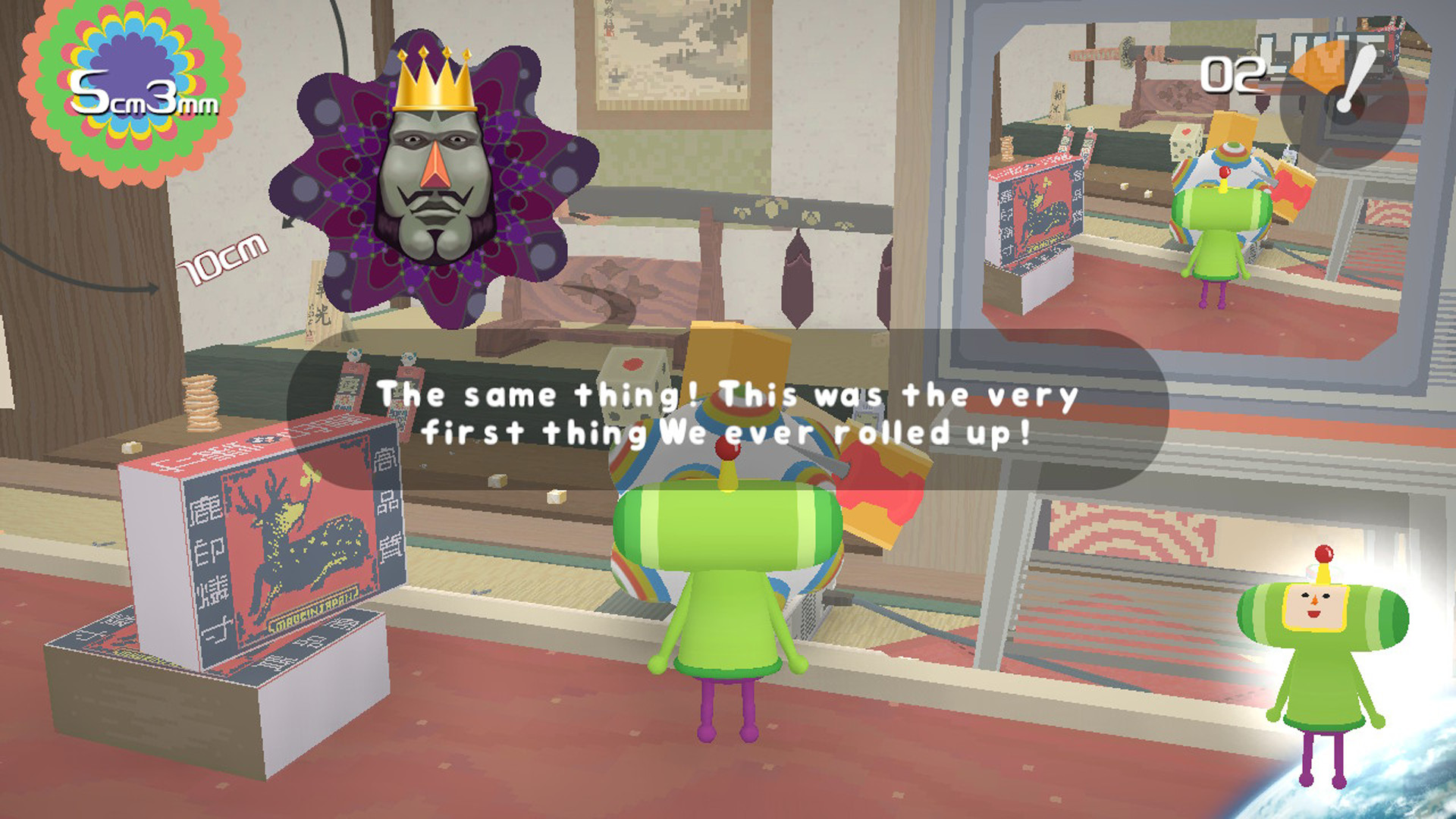 Outside of the levels, the game itself has a hub planet, complete with your home for saving, credits, a way to see other stars, and a way to get to the levels. The level select screen does offer a few levels to choose from, which is always a bit of fun.

Overall, I really liked Katamari Damacy Reroll, but I loved the original game, so it’s expected. Do I wish they took the time to add auto-saving and remove some of the loading screens, and would have LOVED some bonus levels or maybe a two player mode, however, I am happy to get to play this game again.

You can find Katamari Damacy Reroll on Nintendo Switch, Xbox One, PS4 and PC.