A great war has ravaged the world, reducing even the finest city to rubble. In Kapital: Sparks of Revolution you’re the new mayor of a freshly-liberated town left reeling in the wake of destruction and you’ve got the unenviable task of balancing the various social classes’ needs with rapidly restoring the town’s infrastructure.

When I first saw Kapital: Sparks of Revolution, a lot of what was being shown off was rioting and social class-based conflict. While it’s almost impossible to avoid these moments during its extensive campaign mode, the aim is to prevent all that from happening. In fact, Kapital is all about regrowing that town from ruins up to a new capital city, and so the last thing you want is people torching your lovely palace.

As it turns out, essentially building a new town up from scratch, with pre-existing classes and expectations is surprisingly tough. While in games like Banished, or even colony sims like Rimworld advances are negligible and you can carefully exist in a low-tech state if you carefully balance things, in Kapital that’s simply not the case. You can’t slow the pace, new citizens will keep appearing and the general mood of a class won’t alter as the population shifts, meaning that even if the aristocracy is dying off, the new ones are equally mad. Add to that the fact that certain jobs can only be done by certain classes and you definitely need to take extra special care to appease the workers, entrepreneurs and nobles.

The heart of the entire game is its campaign, which basically runs you through the entire technology tree and takes you from a rubble-strewn field to a full-fledged city. The campaign, however, shouldn’t be considered a guided playthrough, because Kapital: Sparks of Revolution is a victim of its own attempts to communicate. Characters representing each faction, as well as fields like education, security and medicine will all appear to you and give you missions as part of a sequence, however, those need to be taken as almost a list of checkpoints, rather than a list of priorities. Because, down at the bottom of the screen, in the middle, is a list of needs and urgent needs for your people, and that should always be priority number one. Kapital never really stresses this, and anyone who doesn’t learn it on their own will simply have a bad time with their run. 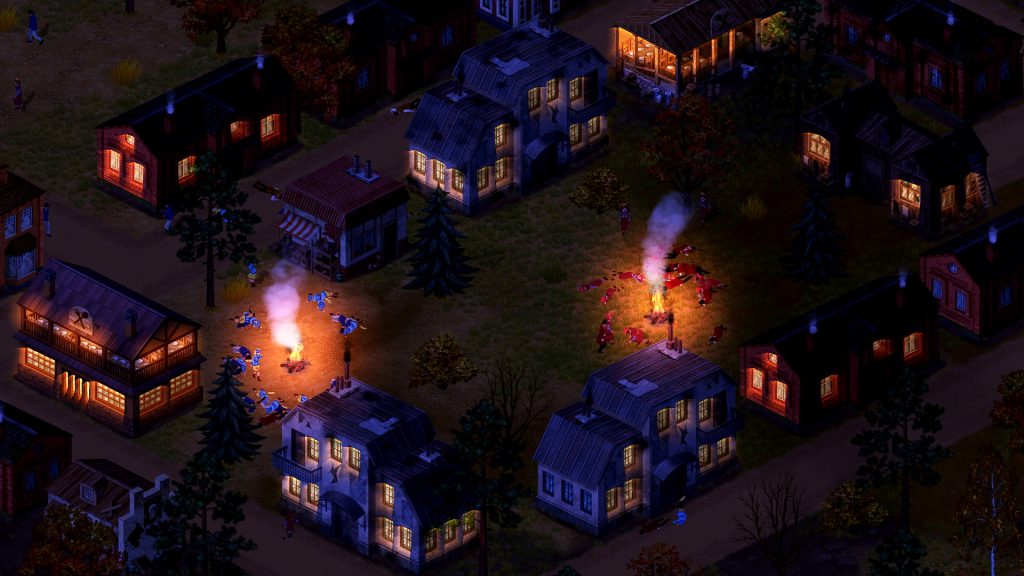 New citizens arrive every day, and although you can adjust the rate with the migration department, it never settles to a halt. So, that means that new citizens will almost certainly be homeless, and as such more likely to fall ill. In addition to this, the early checkpoint to build a place where people can eat doesn’t warn you about how it can only handle a set amount of people per day… about 15-20 per building… So as your population slides up to 200, you’ll suddenly have dozens of unburied victims of starvation spreading disease around the dozens of homeless, who are also starving and are also incredibly bored or depressed.

It’s incredibly easy for things to spiral if you don’t dedicate a lot of each of your days paying attention to the new workers, entrepreneurs and nobles that come to town. Add to that, your grain train (and actual train that delivers grain) can break down and also needs to be upgraded to make sure it brings in more grain, there’s an event system, that every factory requires a resource made by another factory, or from grain, and it’s a spiral out of control waiting to happen. 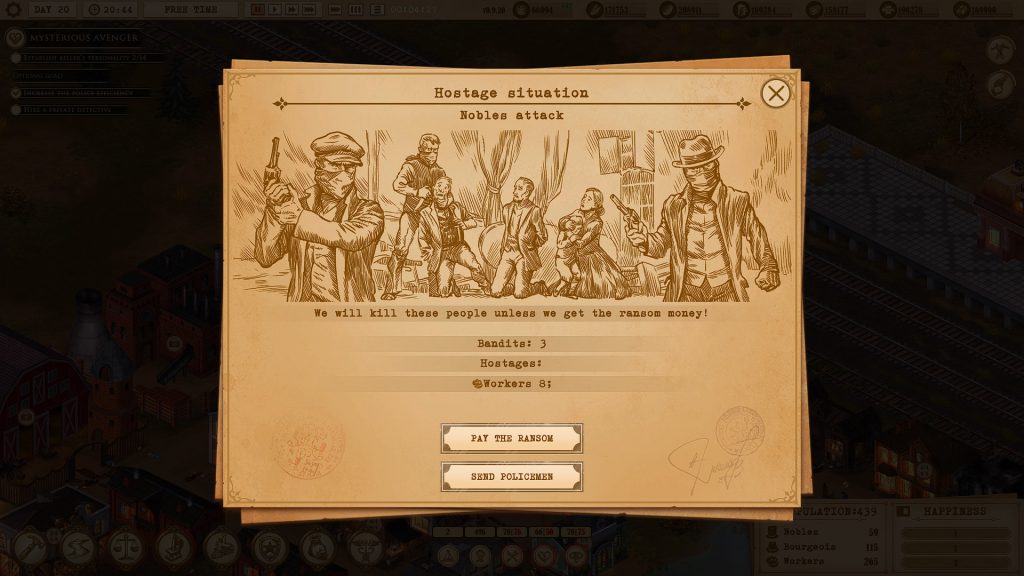 But, when it works it works really well. It’s satisfying to build up a city into something more modern, or industrious, rather than going through a medieval or stone-age state first, and the dynamics of the different classes really play well into each other. The fact that the warning/urgent notifications are not introduced, and that there’s no way to measure daily output or consumption other than guesswork and clicking on every building in sequence, is a pain… but, if you can balance things out then everything really starts to churn along and it starts to feel fun.

Not only was the setting really compelling, but there were a few more clever things in play. Most categories of buildings, like security buildings or educational buildings, unlocked new elements on the UI, and each of these elements opened menus which could become deepened with more research completion or buildings being established. Within a short amount of time, you can monitor cure distribution on your hospital screen, or trigger anti-corruption pushes from your security screen. And, that depth doesn’t stop, there are more and more features tied to almost every basic innovation or law, as well as the chance to tilt to a more capitalistic or socialist route as you play. 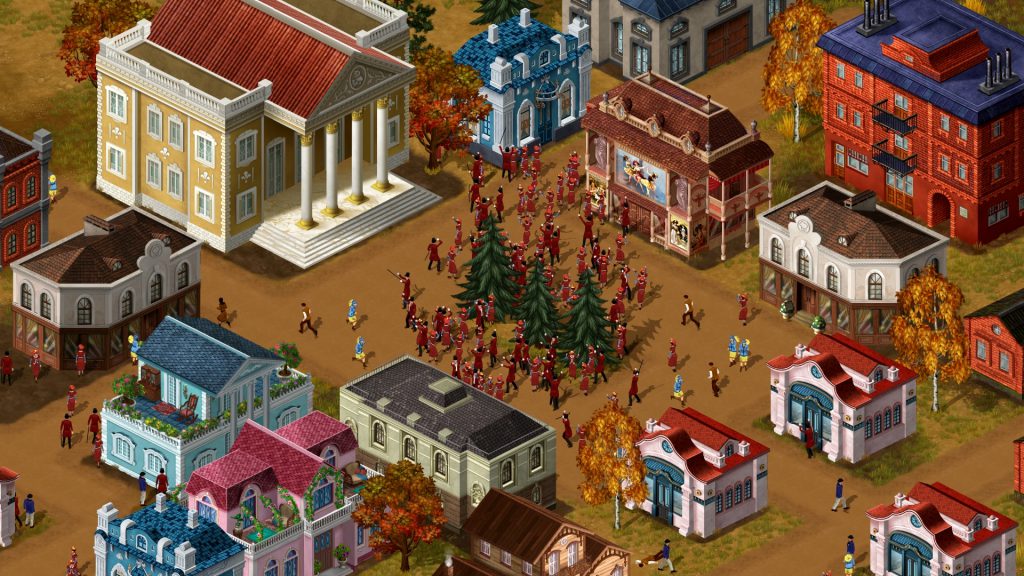 There’s a lot of depth in Kapital: Sparks of Revolution, it’s just a shame that it doesn’t feature a few more report screens, or clearly communicate that the notification/alerts are essential to progress. Push past those issues though and you’ll find a city builder that’s not afraid to try something new and one that fully understands that when it comes to a production-based economy it’s a case of ‘when it rains, it pours’.